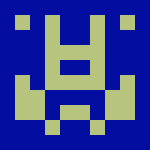 Lara Croft – the daughter of the late Lord Richard Croft. After discovering ancient writings depicting the Kodaitrons in Egypt, she and Lu Ren are accosted by Zana, and Lu Ren is killed. Despite her aloofness towards Vaan, due to the trauma of her friend’s death, she eventually starts accepting his help in rebuilding her confidence and acts as a mother figure to him, and then later his love interest.
(Voice: Alicia Vikander / Megumi Ogata)
Theme Song: “Rise of the Tomb Raider) / “New Fist of the North Star)

Vaan “Ratzbane” – a rookie Sky Pirate who grew up on the streets of Rabanastre. Trying to stay positive in spite of their predicament, Vaan’s empathy and growing love for Lara will prove vital to healing her wounded soul as she struggles to cope with the death of Lu Ren, her friend and previous love interest.
(Voice: Bobby Edner / Kohei Takeda)
Theme Song: “The Transformers Movie) / “Fist of the North Star 2)

Lu Ren – an ally of Lara Croft who had been killed by Zana, with his death deeply affecting Lara and serving as additional motivation for Vaan to help Lara eradicate Trinity forever.
(Voice: Daniel Wu / Ryota Ozawa)

*Zana – a lascivious Egyptian female agent of Trinity who is responsible for killing Lu Ren. She likes to sexually exploit her victims and constantly tries to seduce Vaan, who resists her advances due to his strong loyalty to Lara. She is rumored to harbor some connection to the Pharaoh that antagonized the Kodaitrons long ago.
(Voice: Dawnn Lewis / Yuria Satomi)
Theme Song: “Imhotep” (The Mummy(1999))

*Jaag Arnott – a hulking, bald-headed former Judge Magister in-training and one of the last remaining loyalists to Vayne Carudas Solidor. He once looked up to Judge Magister Gabranth until his betrayal and subsequent death, and wants revenge on Vaan for his part in what Jaag personally deems the Archadian Empire’s downfall. He addresses Vaan with femininity-related insults, owing to the latter’s “supposedly androgynous” appearance.
(Voice: Vinnie Jones / Mugihito)
Theme Song: “Ride of the Valkyries” (by Richard Wagner)

*Bass Boratt – a mischievous, comical, jive-talking work robot who immigrated to Earth from an unknown planet before he had also been abducted by or because of Jaag and Zana. Despite his small stature and seeming lack of fighting experience, Bass is far from a totally self-centered coward, and not above mustering the will to speak out or even stand up to his captors. His serial number is CTM0F0-97.
(Voice: myself or Chris Tucker / Koichi Yamadera)
Theme Song: “Dizzee Rascal)

*Majin800m – a lazy, socially inept, portly video gamer who had also been abducted by or because of Jaag and Zana. He becomes acquainted with Bass Borat, despite the friction between them. The “800m” in his username is pronounced “boom”.
(Voice: Danny Tamberelli / Fumihiko Tachiki)
Theme Song: “POD)

*Oroboss Cobrakhan – Leader of the Kodaitrons, mysterious alien robots who tried to integrate themselves into the Egyptian pantheon of gods for unknown reasons back in ancient times.

Writer’s note: The Kodaitrons’ animal counterparts are the same as those in the Order of Ancients from Assassin’s Creed Origins named after animals, with their collective name, the Snake, applying to Cob-Ra-Temu to reflect his status as the Kodaitron leader. Their naming scheme pays homage to the Maverick Bosses in the Mega Man X series, and their physical designs take inspiration from super robots from the 1970s-2000s, with Super Sentai-esque helmet designs matching their animal motifs, a la Zyuranger for example, and Go Nagai-ish Robot faces.*Sa’Naakians(サナーク星人, Sanāku-seijin) – a race of anthropomorphic air-breathing sea creatures from the planet Sa’Naak. Many descendants of those who arrived in Ancient Egypt were captured and kept hidden by Trinity, likely because of what their ancestors presumably knew about the Kodaitrons and passed down for generations.

I am a video game/anime fan from the USA, currently living in Laguna Niguel CA. I want to help my favorite game companies like Square Enix write stories for exciting new projects.

Pitching a Zelda Cinematic Universe – The Plane of Masked Yearning: Chapter One