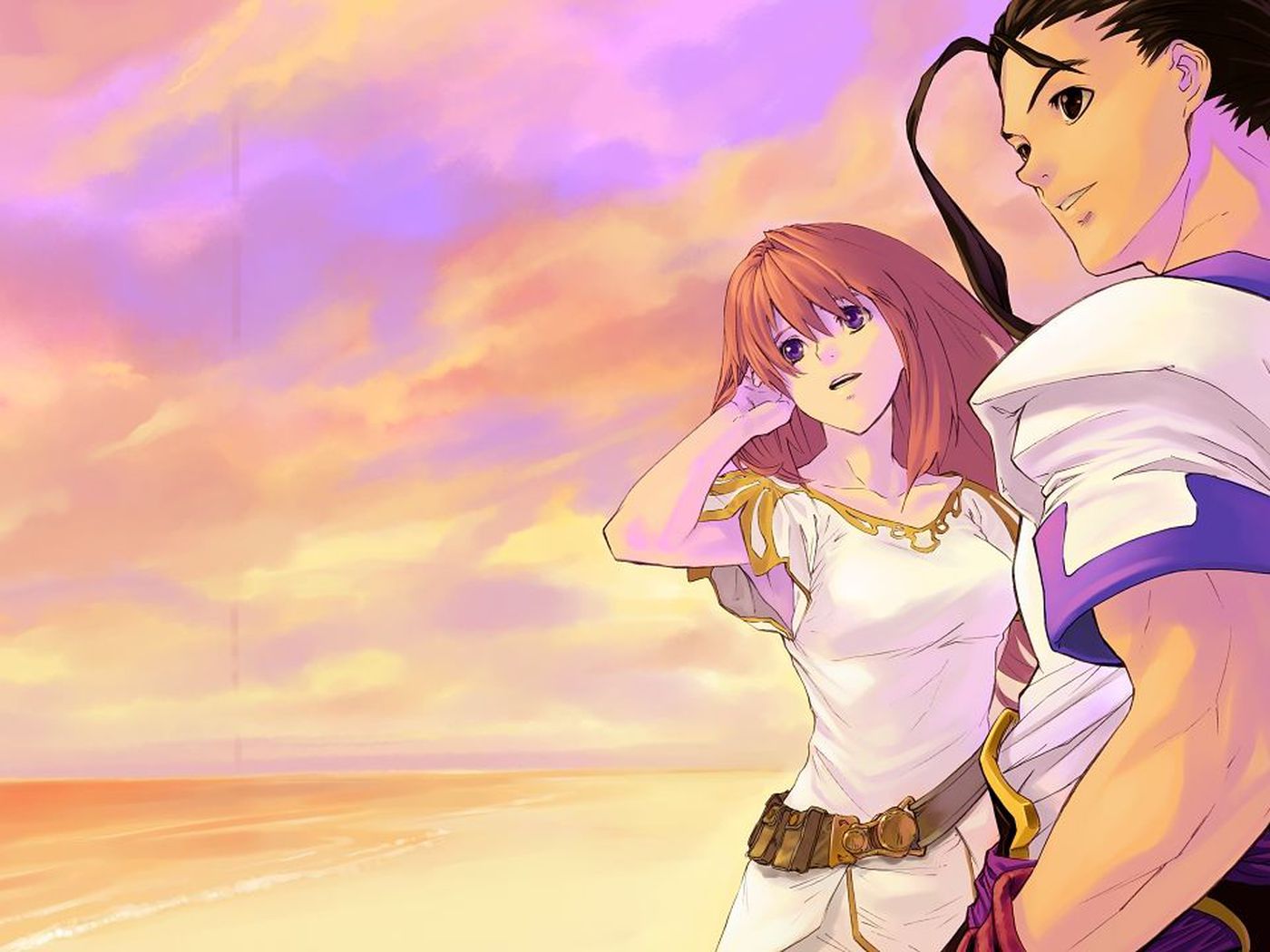 Generally speaking, the mid to late 1990s are considered the golden age of the Japanese Role Playing game genre. High Quality JRPGs flooded the PlayStation in quantities not seen since on any system.

Amongst the sea of stars, some of these titles were poorly received by critics despite the fact that they were quite good in their own unique way.

So, here are five Japanese Role Playing games from the 32-Bit era that did not receive their just due from critics. 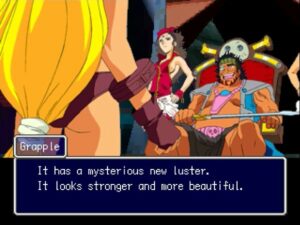 How Gamerankings rated it: 77

So okay, the following rant will sound hypocritical since I did hand the game a score that went below the critical average during its heyday.

That said, Thousand Arms has aged well to me. I think my younger self did not fully come to appreciate how good this title was until I got older, and JRPGs began to get more pedestrian which each passing decade.

Thousand Arms remains a funny, if short, adventure that probably, in retrospect, deserved an 80/100 from me; and perhaps the same treatment on the critical average scale.

At the time (1999), Thousand Arms featured a pretty decent audio visual presentation which included multiple hours of voice dialogue, and a nice combination of character sprites traversing a polygonal world.

TA is a game that I wholeheartedly recommend to new comers, and old school JRPGs fans alike, today. Of course, copies are not easy or cheap at online shops, but Thousand Arms is worth it. 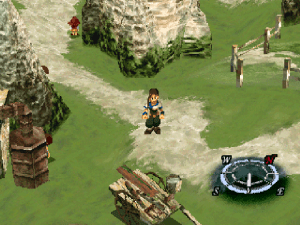 How Metacritic rates it: 84

Now, 84, as a global rating, is not a bad score average by any means. Many games would kill for a similar score. However, its contemporary competition; Final Fantasy VII, VIII, IX, and Chrono Cross, all scored above the 90s range.

It could be argued, if one wanted to make the case, that Xenogears is the best RPG on the PlayStation. While the aforementioned Squaresoft titles have their claim to excellence; I would argue that Xenogears belongs amongst them.

The sci-fi classic brought themes of reincarnation, generic engineering, classism, existentialism, creationism, religion (and more); into the table during an era where such themes were relegated to other forms of art out side of gaming.

The game’s script had been originally pitched as a Final Fantasy VII idea, but Squaresoft refused it by saying that its themes were too dark for its flagship series.

Xenogears turned into its own project, and it quickly became the most ambitious JRPG on the PlayStation 1 (and perhaps, story wise, the most ambitious JRPG ever). The ambitions were such that the game took too long to develop, and Square set a hard deadline for the game’s release forcing its development team had to stick to the date.

The game’s “rushed” release date produced a very strange disc 2 which attempted (and in my opinion succeeded) to shrink a 40 plus hour storyline into a 10 hour undertaking, by having a character sitting on a chair (literally) narrate important plot points.

The above paragraph is the reason that Xenogears was kept out of the 90s range were it rightfully belonged. However, I did not fall for this trap, because to me, a JRPG needs to answer the following questions before it answers anything else:

Does the game have an engrossing storyline?

It could be easily argued that Xenogears has the best storyline of any JRPG ever made, regardless of Disc 2’s rushed status.

Does the game have a great musical score?

As with the storyline, it could be argued that Xenogears is some of the best work from Yasunori Mitsuda. This a big win for the game given that Mitsuda’s other work includes Chrono Cross and Chrono Trigger.

Does the game have timeless art work and visual design?

Clearly, 32-bit era 3-D games have aged about as gracefully as Madonna has, but the actual artwork behind Xenogears character and mech design is comparably as good as any seen in other popular Anime work that featured mechs from that era.

Given the positive answers to the questions shown above, Xenogears deserves to be ranked amongst the very best JRPGs ever made. 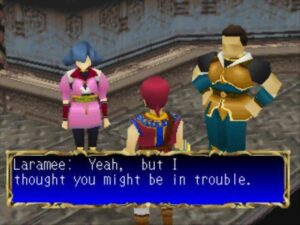 How Gamerankings rated it: 66

Upon close inspection, one could say that there is not a huge difference between mainstream critics having scored the title as a 66% game, and myself awarding the game a 70/100 score.

That said, The Granstream Saga deserved better; even from me. The game tried a lot of new things in the early days of 1998. It was billed as the first truly polygonal Action-RPG game for the PlayStation 1, and it was! Consequently, technical issues arose because of it.

Still, in terms of combat, The Granstream Saga brought us 3-D fighting (complete with sword, shield, and magic) months before The Legend of Zelda: Ocarina of Time blew the doors out of it (and out of every other game ever made to that point).  But that’s not The Granstream Saga’s fault.

When taken by itself, meaning no comparisons to Ocarina; TGS was a fun adventure, with a great concept for its plot, and some of the most addictive 3-D combat that you could find on the PlayStation.

The game had awesome anime cutscenes, floating continents and sky pirates before Skies of Arcadia was a thing. True, you couldn’t take your ship and soar the skies with it, but this was early 1998, and the PlayStation was nowhere near as powerful as Sega’s final machine.

At the end of the day, The Granstream Saga let players choose between the protagonist’s two love interests (you had to sacrifice one of them in order to save the world). Skies of Arcadia didn’t have the stones to kill off Aika, or Fina, and Final Fantasy VII made the decision for you by killing off one of the love interests.

For freedom of choice in an era were Japanese RPGs were all about linearity, the Granstream Saga deserved, at least, a 75% average in aggregate scoring.

How Gamerankings rated it: 82

In this case, the critics were much closer to the truth than I was. Keep in mind that I was young and stupid; and had to write the initial review of the game in a type writer/word processor machine. So, as you can guess, I wrote that review somewhere between 1997 and early 1998.

Suikoden deserved no less than a 90 score average from every reviewer alive. In truth, all of us, at the time, were crazy about 3-D gaming.

Polygonal graphics were just too new, too amazing, and the possibilities seemed endless. This was especially true for the 13 year old me.

Suikoden, in contrast to other new titles, looked like a late generation SNES JRPG, and I panned the game for it. Mainstream critics deducted points as well because they failed to be impressed by Suikoden’s conservative approach to visuals.

I can’t speak for EGM, IGN and other big outlets, but for my part; I let the fact that the game wasn’t “magical” (visually speaking) cloud my judgement, and I overlook the game’s amazing storyline, serviceable music, and strategic turn based combat.

Yes, as I stated before, I was young and stupid. Mercifully, the game’s upcoming 2023 HD remake will allow me to right my sins once and for all.

The Legend of Dragoon 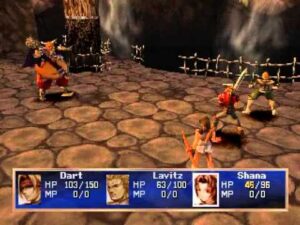 How Metacritic rates it: 74

This one is a weird inclusion for me. I don’t feel any different about the game today, than I did two decades ago, through my own experiences with it. I do feel Metacritic’s average is just; so why is the game included on this list, you say? Well, at some point, popular demand has to count for something.

This might be the one game where I continue to find myself surprised by fan reaction. Many of these fans, which I have lovingly named the “LoD cult” have continued to swear by the game’s greatness, and have even proclaimed it as the greatest PS1 JRPG of all time.

The above is high praise for a game that failed to break into the 80% rating scale in aggregate scores. So, I had to step back, and look at the title from a virginal perspective; meaning not from the perspective of someone who played FFVII, VIII, Chrono Cross, and Xenogears prior to LoD’s launch.

Perhaps, what hindered the game (in my eyes) were my constant comparisons of it to these other great games; I failed to see Legend of Dragoon for what it was.

In the end, Legend of Dragoon does offer a compelling universe; with an elaborate back story. If I can overlook The Granstream Saga’s awful writing and translation because of its conceptually cool storyline; why not do the same for The Legend of Dragoon?

If we add to that, the games stellar visuals, and interesting turn based combat; we can certainly make a case that The Legend of Dragoon deserved an 80% rating. Such a rating might have kept the potential franchise from being completely shunned by Sony.