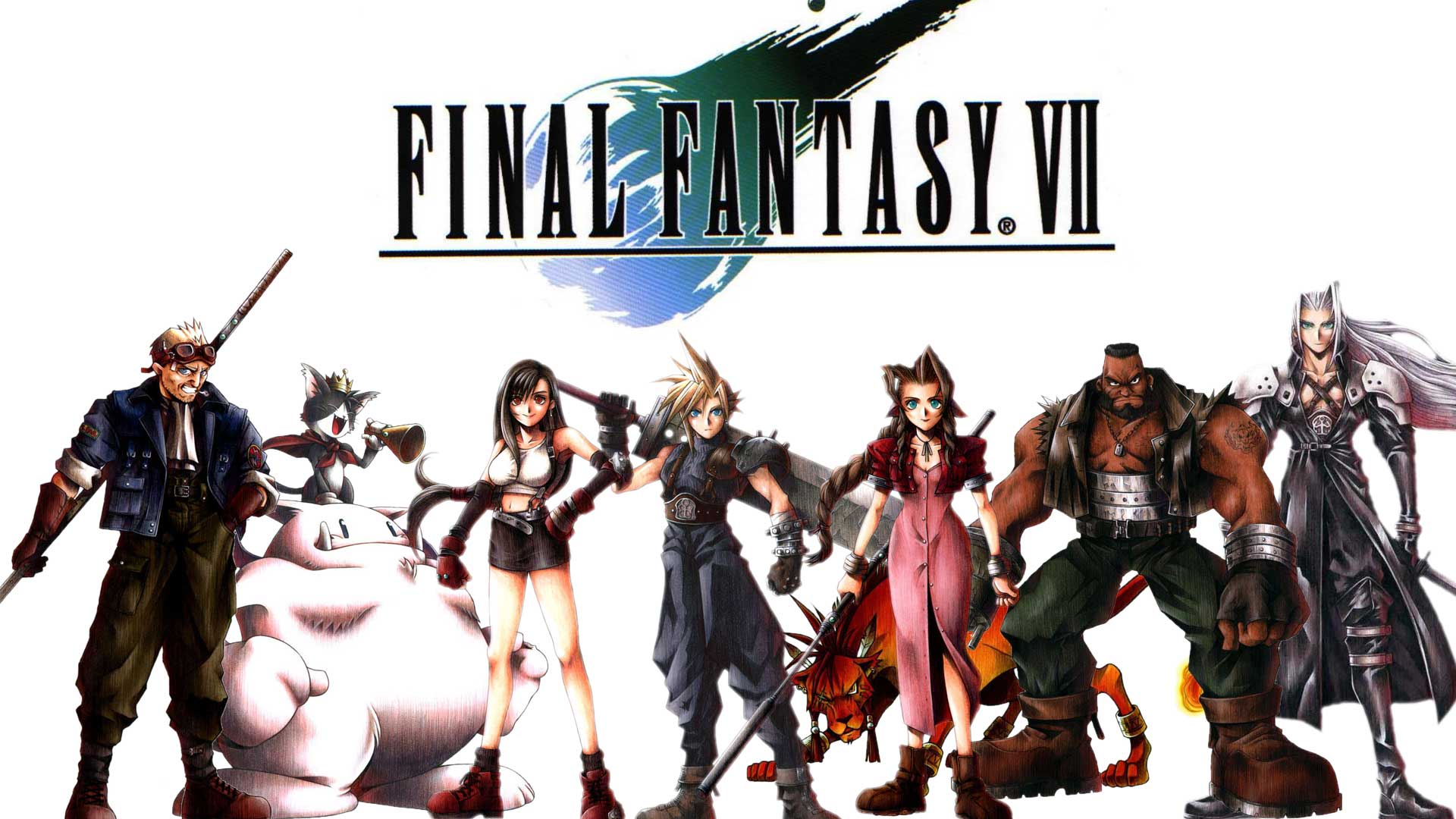 Final Fantasy VII stands tall as the best Final Fantasy to date, and to some degree maybe the best RPG ever made. This is the game that injected life. and popularized the RPG genre in the US and the world.

A Story Worthy of Remembrance

As a literary work, Final Fantasy VII is magnificent! You play as Cloud a mercenary hired by AVALANCHE (a rebel faction trying to take down the powerful Shinra Inc. Empire), to destroy one of the Mako reactors in Midgar.

The Mako reactors suck Mako out of the planet, and then converts it into energy in order to power up cities, and factories. However, Mako is the life of the planet, so the planet is consequently dying, and that’s why the eco- terrorist group (AVALANCHE) is trying to destroy the reactors.

This is the introduction to one of the most amazing Sci-fi stories that you will ever experience in your life.

The story is full twists and shocks. The game’s plot develops in such way that it leads the player to make assumptions about what is going on, and then maybe an hour or two down the stretch shocks the player by presenting an event that was totally unexpected. Perhaps it is because the characters past is so complicated.

However, he is not like some other villains who are evil just for the sake of being evil, Sephiroth has many powerful reasons for doing what he is doing.

Character development is beautifully done. I loved each and every one of them. At one point in the game something  happened, something that changed my video gaming life forever. A scene that left me stunned on my sofa for hours.

Final Fantasy VII has the most heart-wrenching scene in video gaming history (late 1990’s). I didn’t realize the extent of my attachment for the characters until that scene pulled my heartstrings. I will not go into more detail, because doing so will ruin a personal moment that has to be experienced by the player him/herself.

If FFVII’s plot was just about solving Cloud’s, and Sephiroth’s secret past, the plot would still be a great literary masterpiece (as far as games go). But to my delight, FFVII has much more going on its story.

After finishing the game, I felt that I could write an entire epic sized fan fiction on individual characters, if I so would have wished. It gives me the chills when I think deeply about the plot, because the possibilities to make a fiction out of it are endless.

FFVII’s world has a deep universe, that if analyzed well, a conclusion could be reached (at least in my case) that a lot of the important mysteries surrounding the plot  with the Ancients, Jenova etc. Originated millions of years ago on another planet deep in outer space, aeons before both entities arrived on Gaia.

Trust me on this, you won’t find a better story elsewhere. FFVII’s epic tale might never be surpassed.

Going in to the graphics department, Final Fantasy VII is a visual work of art. The pre-rendered backgrounds are beautiful. The polygonal characters though, could have used a little more work, because they look incredibly blocky.

The FMVs are great, and they add a lot to the visual package, even if the models in them are quite different form the blocky squatty ones used during most of the gameplay. But, with this good of a story, who cares?

During battles however, the game characters look amazingly well, close to those found on the FMVs. The over world map is wonderfully huge! Leaving Midgar is quite an eye opening experience. I appreciated the over world map more once I  got the airship, and the submarine.

Sound wise the game shows the brilliance of Nobuo Uematsu. Final Fantasy VI is still Uematsu’s best work, but Final Fantasy VII sounds just as good. The songs I really liked the most were  Aeris’ theme and the main game’s theme that played while on the world map.

Gameplay wise not much has changed ( The turn based battle system is essentially the same) if you have played any Final Fantasy before, you will feel right at home with Final Fantasy VII. The only innovation is the materia system, which allows you to use spells by equipping crystal balls to your weapons. All sorts of materia combinations can be made.

The difficulty of the battles is moderate, and while the last boss is sort of tough, I took  my time completing the Chocobo breeding mini game, and as a reward I received  spell that  pretty much annihilated the final bosses without much trouble.

Last, but not least, there are tons of mini-games, more than in any other FF, this gives the game an incredibly high replay value. Especially the Chocobo breeding game that  I was just talking about in the earlier paragraph. The Chocobo game should keep everyone playing for awhile even after finishing the main game.

Getting the golden chocobo, helped me win great prizes at the Chocobo Racing Stadium and also allowed me to explore every nook, and cranny of the huge over-world.

There is even an Arcade in which you can play many types of games (the Snow boarding one being my favorite).

I managed to finish the main game in 52 hours my first time through, but I hadn’t completed a lot of the side quests. I strongly recommend at least finding the two optional characters (Vincent has a cool backstory that ties into everything that is going on with Cloud, Sephiroth, Hojo, and Jenova), because each one provides more useful, and interesting insight into the already extraordinary plot.

Final Fantasy VII is a true masterpiece by which all other RPGs are to be measured. The story is so fantastic that I wonder if I will ever see another Sci Fi tour de force that matches it. Someday when I grow old, and I feel that my time to leave this world is near I will look back at the best moments of my life, and somewhere within those moments the memory of Final Fantasy VII will forever stay with me.

Replay value is the highest in any FF, plus tons of secrets and great minigames. Materia system allows customization and it’s simple and easy to learn.

Graphics: 9.0-The character’s blocky look take the score down some notches. But the world map’s graphical glory was unmatched in its heyday.

On par with FFVI.

The best story in any game yet. Don’t believe me? Check the millions of Fan Fictions written about this game on the net, no other RPG Story has ever commanded such fanatism.

It’s a masterpiece! Final Fantasy will go down in time, as one of the greatest Traditional JRPGs ever.