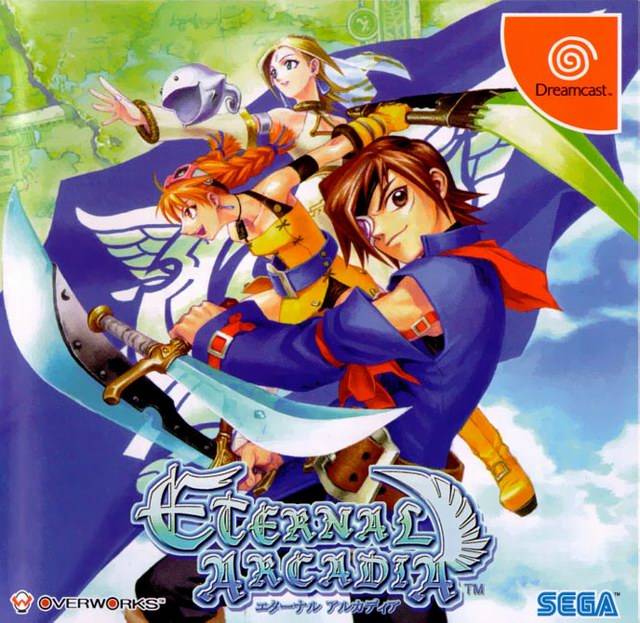 The Last Great RPG From Sega

The Dreamcast wasn’t a console known for its great RPGs, in fact Skies of Arcadia and Grandia 2 are perhaps the only RPGs that have stood the test of time, and remain today enjoyable plays for any gamer interested in the genre. But to say that Arcadia and Grandia 2 are on the same stratosphere of greatness is akin to saying that FFVll is as great as the original Grandia. Simply put, Skies of Arcadia was head and shoulders above its only worthy competitor.

Released in 2000, near the end of the Dreamcast lifespan, Skies of Arcadia didn’t do much to help the struggling system sales wise, but it gave RPG starved owners of the system a game that would justify their loyalty towards the ill-fated little machine.

Having played Skies of Arcadia for the Dreamcast when it was first released, I have to say that at the time it was released in 2000, it was the greatest looking RPG by far on the market, the game followed the visual style of Ocarina of Time, but the visuals justified Sega’s claim that the Dreamcast was a powerful system indeed. 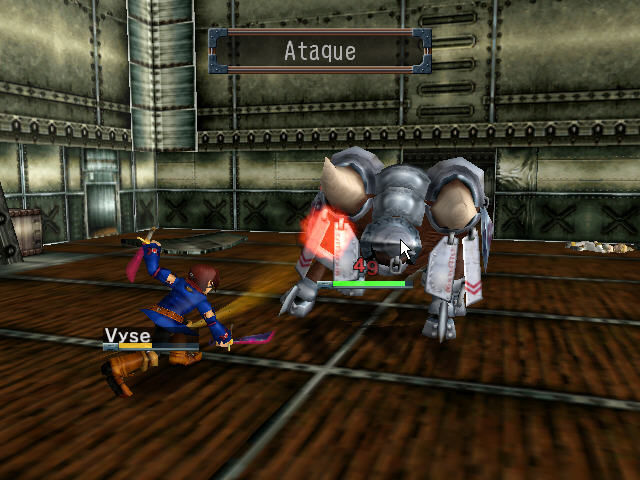 Skies has some of the most lush and detailed worlds of the 128 bit era, it’s not quite as good looking as let say, Twilight Princess, but the characters have facial animations, and the texturing is far above anything that was possible on the N64. The game also at the time had a camera that was revolutionary for the genre (at the time); it is a fully controllable camera like Ocarina of Time, so that the player can fully appreciate the breathtaking environments at his/her leisure.

That being said, the game is beginning today in 2009 to show it’s age, what in 2000 looked lush, today looks barren, the facial animations no longer seem that impressive, as they have been overshadowed by the facial Animations in games like FFX, Kingdom Hearts, and Twilight Princess. There are no FMVs to speak of and instead everything is done in real-time scenes realized by the game’s engine.

While the game has the definitely aged, it has done so with some grace, as it is still the only RPG of its kind. Flying around in a pirate ship through a sky world filled with dozens of islands and continents is a very satisfying experience even today 9 years after its release.

On a side note there is little to no graphical difference between the DC and GC versions of the game, they are for all intent and purposes identical. So no horrible Grandia 2 like translation here (when it was poorly ported to the PS2).

Wonderful Music on the DC

For whatever reason, the music on the DC version is superior sounding to that of the GC port, even though the Gamecube port doesn’t sound half bad, the music while not on par with Squaresoft’s offerings, is indeed very good, not sure it surpasses the soundtrack offered in its only comteporary competitor on the DC Grandia 2, but it is close.

There is no voice acting, and the sound effects aren’t of the highest ilk, however in keeping up with Ocarina’s influence the game features grunts and yelps and some small voice acting during the battles and some scenes. Considering that voice acting in RPGs was becoming a standard by 2001 it is somewhat disappointing Arcadia didn’t try to keep up to the rest of the competition, but these are minor complaints that do not the detract much from this wonderful RPG.

It is on the story department where Skies of Arcadia fell short when compared to Grandia and Final Fantasy X, while the premise is somewhat original (Although floating continents and islands had been done before by The Granstream Saga) the way the game follows the simple plot point in order to go through dungeon battle a boss, and then battle a boss on the airship and rinse and repeat. It’s a simple formula that the game follows with a passion and rarely deviates from it, but a formula that never got tiresome because, the graphics are quite good, and more importantly the characters while not the most charismatic bunch in RPG gaming, are interesting and somewhat charming.

The Plot itself however is very predictable, the true villains being revealed to the player quite early in the game. The entire moon concept and Fina’s predicament remains interesting during the quest that begins Vyse and crew trying to stop the Evil Valuan Empire from taking over the moon crystals and conquering the planet becomes a quest for much more. In the end the tale while not the greatest story ever told, has remained a memorable one on my mind since 2001, which in the end it’s the highest praise I can give to a story as clichéd and basic as this.

Skies of Arcadia plays play like an old school RPG save for the fact that it is in full 3-D and there are ship to ship battles. The Dungeons themselves are a bit challenging because some of them feature puzzles and there are countless upon countless of random battles (situation that is not as tedious in the Game Cube version) the battles themselves are quite boring though, save for the boss battles that sometimes require some strategic planning.

The battles in the sky that take place in ship to ship, or ship to boss manner are the selling point of Skies of Arcadia’s gameplay. These battles are somewhat interesting and take a bit of strategic planning in order to do them. However once the novelty of being able to fight ship to ship battles wears off, the player will discover that these battles can sometimes last over 40 minutes and in the end they aren’t very fun at all.

Negative as all of these things might sound, when not in battle Skies of Arcadia is a wonderful adventure where the player can immerse himself in world that is full of things to do and explore, in fact side quests about discoveries and bounty hunting are of upmost importance if you want to get the full Skies of Arcadia experience. The Game Cube Version offers a few more side quests and few new characters for those players who choose to follow and complete them.

Skies of Arcadia is a worthy buy for players if only for the fact that it remains still after a whooping 8 years Sega’s last great RPG, and until Sega decides to make another Panzer Dragoon Saga, or another Original Phantasy Star game, it is quite likely this game will remain considered as such by the RPG fanzine. However upon playing this Classic 8 years after its release, I must say that I no longer think it is a top ten RPG of all time game perhaps it is time I upgrade the list to a top twenty or top 15, as I feel there are better RPGs out there that have aged better than Skies that are not in the list.

However were this 2001 I would label this game a must buy however, today in 2009 it slips to a must buy status for the hardcore only, as the game might be a little too old fashioned in its ways to capture mainstream gamers attention.

Gameplay: 7.0-Keep in mind this is not a retro score it’s a score as the game plays today in 2009, it scored in the 9’s when I first played the game upon its release. The ship battles are very tedious, and extremely long and losing one means restarting it even after an hour of combat in it.

Music: 8.5-Great music, not an unforgettable classic soundtrack but a pleasant one none the less than never gets tired some even after 50 hours of play.

Story: 8.0–Epic but no so engrossing, the characters manage to save the score here, however this is not Sega’s best effort and while the game’s plot was much better in 2001 today it really doesn’t do much to inspire gamers to write fan fics after finishing the tale.

Addictiveness: 9.0-Long game, full of quests however like most RPGs great or not, once you finish the quest once it’s hard to play it again.

Overall: 9.5-A true Classic a must buy for the RPG enthusiast, mainstream fans however need not bother themselves tracking a copy of this gem, as there are newer better RPGs available today, in the end Arcadia hasn’t aged as well as some of its contemporaries, funny how a game so superior to Grandia 2 in many technical aspects has actually aged a bit worse than its rival because of the story. Still Skies is the superior game in my mind but I guess story truly is at the heart of an RPG, and today I would rather play through Grandia 2 again rather than Skies.

Metacritic rated Skies of Arcadia a 93.