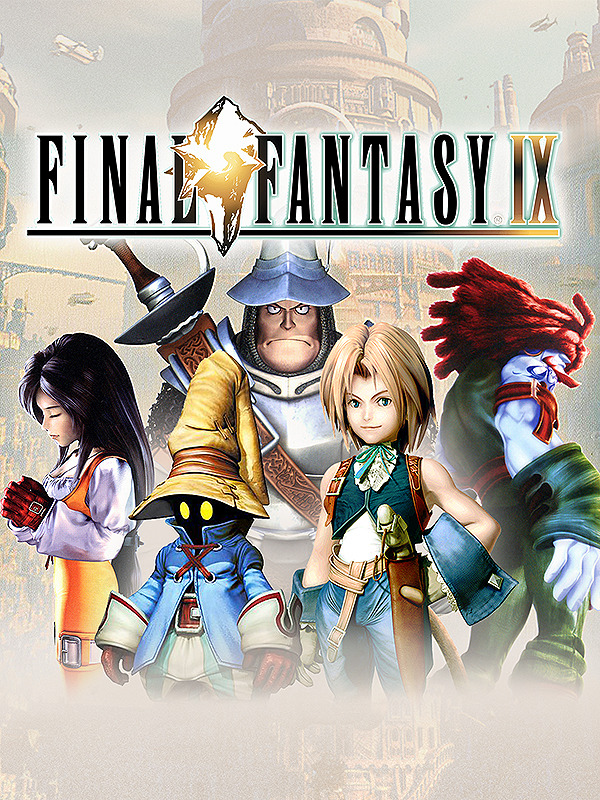 Going by expectations FFIX was supposed to be the finest chapter on the series. Square has done with FFIX what they failed to do with FFVIII. They gave us a great RPG that may not surpass FFVII in my eyes, but does enough to stand tall alongside of it. Which means: Yes, go out and buy FFIX now, it’s in a class of its own.

FFIX restores my hope for the series, and Square properly closes out the Final Fantasy series in the PS1 with a bang

Starting with graphics, this game is the best-looking RPG you will find on the PS1. From the pre-rendered backgrounds which are simply Jaw dropping (to be honest they are like FFVIII’s but with improvements on everything from the ripples on water to moving objects in the backgrounds), to the Polygonal Characters  rivaling those seen on Chrono Cross. This is made more impressive by the fact  that on battle screens you now have four main characters at once, the summons themselves have been improved.

The world map is huge and at least in my eyes it looks all around smoother and more convincing than those in past FFs. But when its all said, and done it is the amazing CG cinemas that steal the show here.

I will never forget the ending cinematic scene on disc two. The CGs here rival anything you have ever seen from Pixar, and Disney. Finally, I must give credit to the designers for the amazing job they have done, in creating the Cities and villages.

From the spectacular Royal city of  Alexandria, to the small village of Dali, everything in this game has a magical feel to it; you will actually want to live in this world.

Uematsu Does it Again

Sound wise lets just say, there has always been an argument as to which game in the series has the best soundtrack. So, when a new FF comes out great music is something we take for granted, and with FFIX the situation is no different. FFIX’s music has no equal or rival except for other FF music and maybe Mitsudas music for the Chrono Series and Xenogears.

If you loved any of the other FF game’s music like I have, you will want to order a FFIX OST now, because the music here is top notch. I loved the overworld theme. The song with vocals at the end, ‘Melodies of Life’, is great but I feel that ‘Eyes on me’ from FFVIII was a little better.

The sound effects during the battles and during the game are well done too. But the SFX on the CG scenes are great stuff that youre likely to hear only on high budget movies.

The most well rounded Fantasy tale yet

Story wise FFIX, like FFVII is a literary achievement that will keep you entertained until the end. The story takes place on a fantasy medieval setting, even though we still have flying ships, and other technologically advanced devices.

Finally, the gorgeous castles and the black mages make a return. As you can see by the box cover the characters look a little “cartoony” but this only enhances the fantasy feel and the plot in the game. Since each character looks different there are ethnical issues that add up to the already deep plot that consists of love, betrayal, deception, hatred, hope, corruption etc.

The translation is the best I have seen, better than any other RPG’s translation that came before it with the possible exception of  Lunar and Alundra. This adds unique personality to all the characters. All in all, the FFIX crew is the most entertaining in all of the series.

Steiner’s constant warnings and protective deeds to help the Princess add humor, while the game’s other main characters help keep the plot on a more serious note. FFIX finds the perfect balance between everything. This is the FF that has drawn out the most laughs out me, and it manages to do so without hurting the seriousness of the plot. The story while giving the impression of a light hearted romp, its really just as serious as anything that Square has done before.

Each character has their own dilemma, which they must solve during their journey. Some of the characters past is really interesting. With a good story must also come a strong villain and fortunately FFIX has that. The villain here is the second best in the series in my opinion, only Sephiroth from FFVII beats it.

The villain is dramatic, and his interaction with Zidane is most interesting. Truly I couldnt have asked for a better story, all the right ingredients are here. Twists and shockers await at every corner. Unlike FFVII which had an imbalance (though small) in which the first disc was the strongest, and then the second disc had its moments, and so forth. FFIX has that perfect balance that I was talking about earlier where every disc is equally as strong.

Though I will admit right now that FFVII’s story still is the series most impressive tale, this one comes very, very close to matching it.  I heard somewhere that FFIX was like a big summary of all the FFs that came before it, and I will admit that yes, there are similarities to previous games if you look hard enough for those nods at previous works. But the story is different from any of the other titles, so it never becomes predictable.

Moving onto the gameplay, once again, FFIX rights the wrongs done by FFVIII by giving us a very simple yet very effective way to build our characters statistics.

Each character is innately different, Vivi is a black mage, therefore using black magic is his specialty, Zidane and Steiner are stronger when using Physical attacks, Princess Garnet is a summoner. However, they learn such skills by equipping items. For example: characters level up like they used to do it in FFVII with EXP, but they gain abilities with AP, which is gained by defeating enemies and bosses. It is real simple, just equip a weapon, then battle until you gain that particular weapon’s skill, then equip a new weapon to gain a new skill. (Note: you gain abilities by equipping boots and rings and other accessories in addition to weapons.)

The difficulty level in this game is on par with FFVII’s. You should be able to finish the game within 60 hours, unless you decided to tackle one of the many sidequests. There is also a card game though it is not as important to the game as it was in FFVIII.

There is a chocobo game along with Mognet in which you carry correspondence to moogles, all over Gaia (the world). FFIX is full of side quests, and I dare say I have not found another traditional RPG as addictive as this since FFVII.

One word defines FFIX: Polished. While some say the game is a combination of the previous FFs, I believe it is quite distinctive enough to carve out his own image. FFIX is the culmination of Square in the PS1. The graphical flaws of FFVII, and the gameplay problems of FFVIII do not show up in the ninth installment.

Even though I still like FFVII more because of its story, there is no denying that FFIX crushes FFVIII and does beat out FFVII in if we are being neutral to become the best FF and quite possibly the best traditional RPG on the PS generation. This 4 CD beast is a classic. Buy it now.

Up there with FFVII. All traditional RPGs should play like this.

This is one of those games that you  will say ‘it looked as good as it could have looked ont the PS1’. Square’s graphic artists out did themselves in this one; the visuals have that Ocarina of Time “magic feel”.

It is one of the main Final Fantasies. The music is guaranteed to be great.

The best story in a FF only second to FFVII, this game has it all, the tragic, the funny, and the bizarre.

The game has an incredible amount of side quests and optional bosses. This is one of those games that where made to played for months after being finished. And the story is so good you will probably want to play it all over again after finishing it.

FFIX deserves a 10, and a spot with the all time greats. Square has yet to match this title’s brilliance, as FFX is not as good, and Final Fantasy XI is MMORPG that shouldn’t had been given a number. So I am still waiting for a Final Fantasy as good as this one for the PS2 generation.