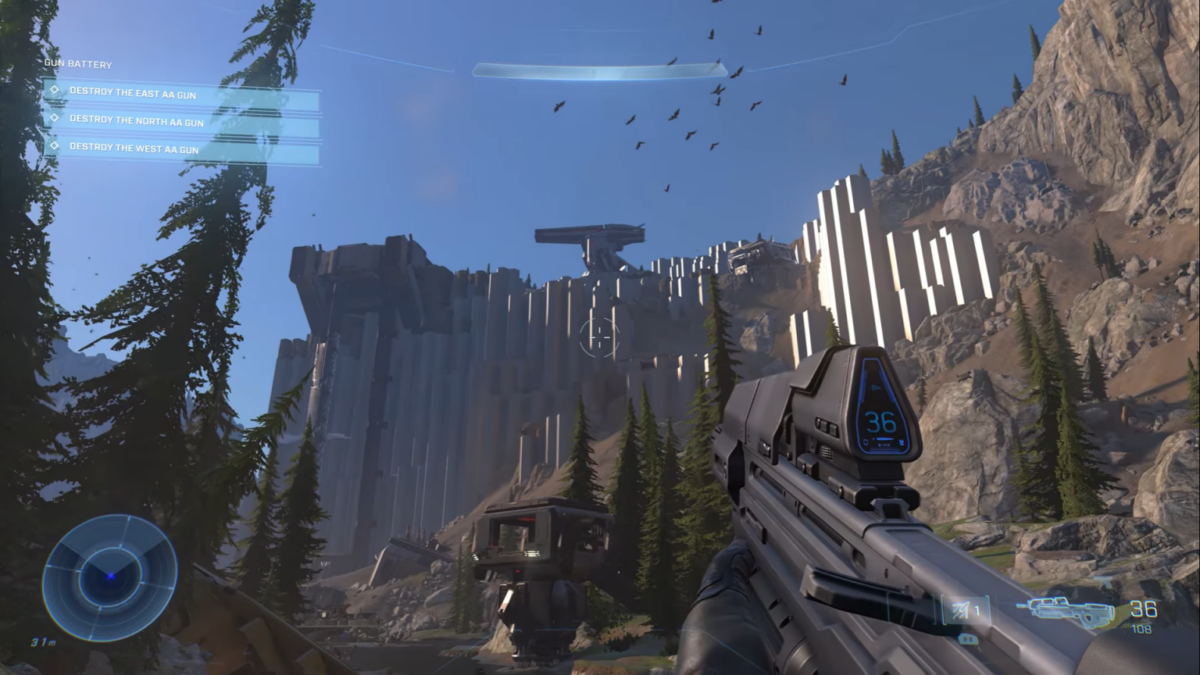 It is difficult being a developer at 343 Industries right now. The infamous July 23rd Halo Infinite trailer, which showcased underwhelming visuals, has been a source of social media criticism, and memes directed at both Microsoft and Halo’s current developer 343 Industries.

Dan Chosich, Director of Halo Infinite’s Narrative experience, politely  replied to a fan  voicing his displease with the showcase.

The fan, going by the twitter name of “Jassem” voiced his total disappointment at the game’s visual showcase. He criticized the engine, and the fact that 343 had 5 years to deliver something impressive and did not.

To that, Dan Chosich answered:

“I’ve been in your shoes. I know what it’s like to have expectations built and feel let down. I want you to know that your voice matters and it is heard. You are not falling on deaf ears. I always want to live up to the legacy that Bungie pioneered. I personally care a lot about honoring that.”- Dan Chosich

This is one of the most honest statements coming out of Microsoft this entire week. The irony is that Chosich is at the head of Halo’s story, and I am one of the people that actually enjoyed Halo 5: Guardians plot. While the story didn’t live up to Bungie’s titles in term of the delivery during actual gameplay, I did feel that justice was done to the Halo lore in the game.

The addition of Osiris, and Locke as a protagonist, was misguided, but I can respect the fact that Dan is willing to take risks.

It must be noted that Chosich has nothing to do with the game’s engine, or the unimpressive visuals that were shown in the gameplay demo of the game. That said, his message is one that probably echoes the sentiment of the entire team, and one which shows that 343 Industries is probably working, as we speak, on improving the game’s visuals.

It is hard to live up to Bungie’s legacy, and perhaps this is part of the reason why Halo Infinite looked pedestrian. Let’s be honest, Halo under the guidance of 343 has never managed to get above a 90 Metacritic rating, and Halo 5 sold poorly in contrast to previous entries in the series. The big fan criticism aimed at Halo 5 was that it didn’t feel or play like Bungie’s Halo games while in campaign mode. 343 and Microsoft listened. Halo Infinite is a return to basics. The visuals resemble so much the original game, that perhaps in some way it is possible that 343 wanted to play with fan’s nostalgia. The look of the game has certainly back fired on them (pop up and poor lighting on Xbox Series X specs is unacceptable regardless of the art direction), and at least, according to Chosich, the company is listening and it is taking steps to rectify the issues.

Will Halo Infinite receive a major visual overhaul? Will it be delayed? Both are unlikely, as they would have to go hand in hand with each other, and the game is expected to sell the Xbox Series X. At this point, I would prefer a delay, if it will make Halo Infinite the game that we all dreamed it would be.

I’ve been in your shoes. I know what it's like to have expectations built + feel let down. I want you to know your voice matters + is heard. You're not falling on deaf ears. I always want to live up to the legacy that Bungie pioneered. I personally care a lot about honoring that.