The PlayStation 5 launched last week, and many people have been reporting a few glitches. It seems to only affect some launch consoles though, and in different ways. There are two glitches that have been causing the most issues.

Game reviewer Jeff Gerstmann, tweeted before the console even released that he was having this issue. For him, it happened when he put his PlayStation 5 in rest mode with Marvel’s Spider-Man Remastered open. Other players have reported the same issue with Marvel’s Spider-Man: Miles Morales. It seems to happen with both titles, though not to everyone.

The best way to avoid this glitch is to close out your games entirely and shut down your PlayStation 5, rather than use rest mode. This doesn’t seem to be affecting a huge amount of people, but there’s been enough cases reported to warrant a warning. As of this moment, Sony has yet to comment on this glitch. However, Insomniac Games, creators of the Spider-Man games, have announced that their development team is looking into this issue.

The second bug that has been affecting players, deals with downloading games or apps. Players have experienced two versions of this glitch. Both variations of this glitch result in the inability to download software.

The first way this glitch will present itself, is through the ‘Queued for Download’ state. Basically, your game or app will stay in this state indefinitely, and never move forward with the download. The second version results in just a download error message.

Either way, this means you cannot cancel the download or restart it. It will not show up in the download queue so you cannot interrupt it. Players have been factory resetting their PlayStation 5s because they cannot get their products to download.

While players have reported this issue coming from multiple titles, Call of Duty: Black Ops Cold War, seemed to be the most reported on. IGN employees have experienced this across many games and aps. Sony has not reported on this issue, but IGN has reached out to them.

Glitches like this are the main reason some players wait for the kinks to be worked out of new consoles. Even though these problems are to be expected with a new console release, they can be very irritating to players. If the issues can be fixed with patches and update, that’s great. If they are rooted in the hardware though, that can be very messy.

Hopefully, Sony will comment on these bugs soon and come up with a resolution. Until then, hopefully players can find out about these things and keep their consoles as safe as possible. Remember, avoid rest mode as much as possible and if you experience the downloading (app/games) problem, a factory reset should solve it. 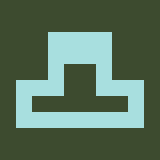