This is not the first Star Wars DLC for Minecraft, but it is arguably the most ambitious. This DLC, released alongside season 2 of The Mandalorian on Disney+, boasts a whole heap of content from the original Star Wars trilogy and Disney’s The Mandalorian.

It isn’t just a texture pack. While the Star Wars DLC does include HD texture packs, it has a lot more than that. Included in the pack are fully-formed planets from the Star Wars universe, including Hoth, Endor, Tatooine, and Navarro (from The Mandalorian). Players can also explore both Death Stars. For Mandalorian content, players can use the Razor Crest to fast travel between locations.

As far as quests to complete and activities to explore, players can meet Jabba the Hutt, Emperor Palpatine, and yes, even Baby Yoda. Of course, Luke, Leia, and Darth Vader are present as well. Players can relive events from the first season of The Mandalorian. According to developer David Keningale from Lucasfilm Games, “You can ride a blurrg, help the Jawas find the mudhorn egg, and, of course, free the Child from the clutch of the Mercenaries.”

This marks the first open-world Mandalorian gameplay. While not a full Star Wars release, it is a fairly full experience. Outside of modding, characters from The Mandalorian aren’t even available in Star Wars: Battlefront 2. According to producer Orion Kellogg, “this is one of the first times we’ve been able to explore these characters and environments at this level of detail in an interactive space.”

While players are already familiar with customizing their Minecraft worlds beyond belief, this features a more curated experience. As a PC player who played the Minecraft Beta in 2010, I know what a time-consuming process it can be to make your ideal Minecraft world. To create your own role-playing world with texture packs and mods is a pretty daunting task.

Since being bought out by Microsoft, Minecraft DLC has become a thing. While it’s still possible to fully customize your Minecraft world (especially on PC), DLC can help simplify the process. Instead of fumbling through modding websites and private servers, Minecraft DLC creates a streamlined situation, if you’ve got the cash.

Created by Lucasfilm Games and officially licensed by Disney, the DLC is meant to make an expansive Star Wars experience available for Minecraft players. It is available now on any Marketplace that hosts Minecraft. For $7.99 (or 1340 Minecoins, if that’s your thing), it isn’t such a bad deal for the amount of content that you get. For Star Wars-enjoying Minecraft players, especially those that play on consoles, this is definitely a pack to look into. 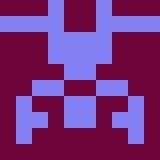