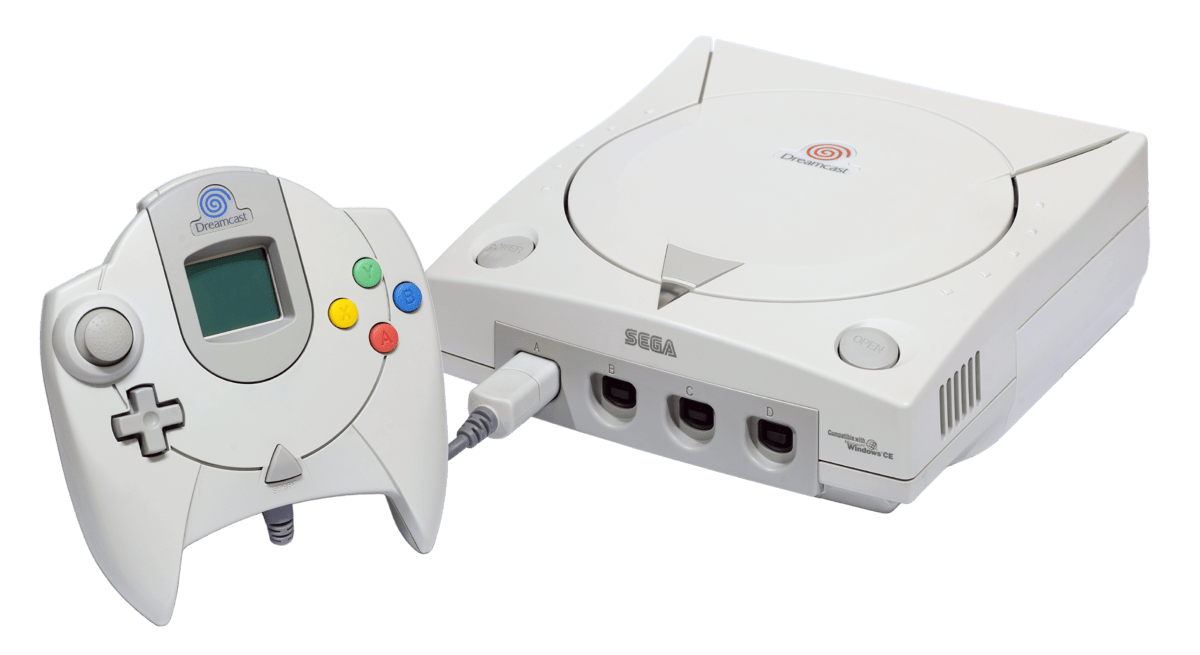 The Sega Dreamcast turns 20 today. Sega’s last console released on 9/9/99 with a multi-million dollar marketing campaign was Sega’s last effort in the hardware business. By late 2000 rumors were that Sega would pullout of the Hardware business, and they did in 2001-02 effectively killing the Dreamcast. We won’t go in depth today into what went wrong with Sega, and the system as we would rather celebrate its life.

The Dreamcast had a short lifespan but that didn’t stop the system from receiving some great titles. The Dreamcast in 1999 was a true revelation in terms of graphics, even out shining the N64 which by this point was on its last legs. The foggy look in order to conceal pop up, low res textures, and blocky graphics were a thing of the past as the DC was a true generational leap over the previous consoles.

The Dreamcast also introduced the world to online gaming almost half decade before online gaming became a standard feature in consoles. There are so many things that the Dreamcast did right, and I have so many memories of it that I would have to go in depth in order to cover all of bases in one article. So for today, here are my top ten DC games:

Sega’s last great RPG and a game that RPG enthusiasts still remember fondly with hopes of a sequel being made by Sega some day…one can always dream.

The most realistic graphics of its time, a true showcase of the DC’s horsepower, and the best Resident Evil game I have played behind RE2 and RE4.

An expensive (as in 70 million) real life simulator of sorts that took you back to Japan’s 80s and ambitious project that has yet to be completed as we still await for episode 3 of Yu Suzuki’s saga.

At the time of release the greatest looking game in the Dreamcast’s library, and an excellent fighter to boot probably the highest rated game in the 90s along side Ocarina of Time, and Metal Gear Solid

One of the greatest stories ever told in a beautiful RPG that looked worlds better than the PS2 port of the same name.

A Smash Bros. Type of fighter that easily rivaled the former more popular title in both quality and fun.

Sonic’s first foray into 3 Dimensions was gorgeous, and in some ways ahead of its time.

Based on the popular Lord of the Rings esque Anime series, this Diablo styled Action RPG was fantastically fun.

The most realistic looking and playing football game of its time, it was one of the reasons why I decided to jump into the “128 bit” gen with the DC.

This game is responsible for my mediocre High School grades. I was just as addicted to this online racer, as kids these days are with Fortnite.