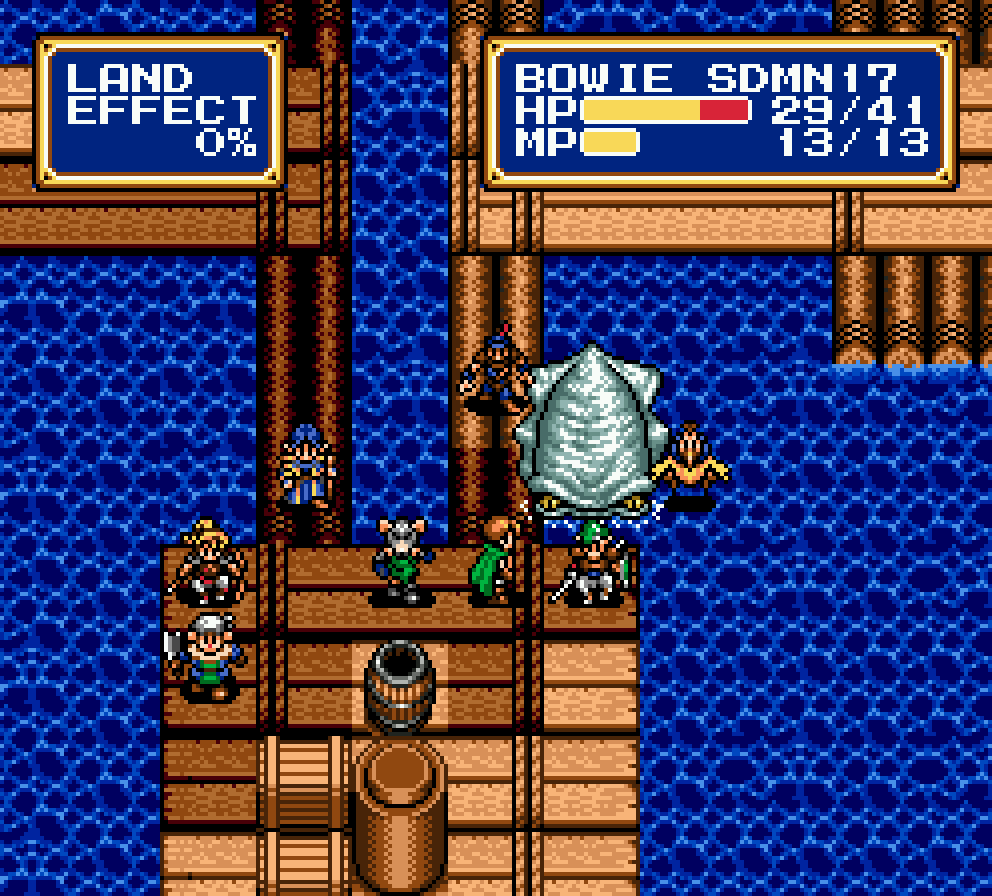 The 16-bit era featured a great line up of J-RPGs. The genre remained confined to a niche group of fans during this period, but game franchises like Final Fantasy were still able to leave a mark. The SNES ruled the JRPG roost thanks in great part to Squaresoft’s strong efforts for the system. Nintendo’s console chief rival, the Sega Genesis (Mega-Drive), however, did have a solid J-RPG line up itself.

While its games were not as celebrated as the more popular SNES’ JRPG efforts, here are five excellent Sega Genesis titles that should be on every J–RPGs  gamer’s radar: 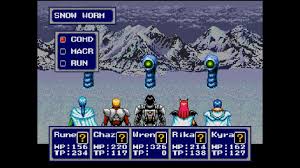 Taking place, a 1,000 years after the events of Phantasy Star II, unlike the Final Fantasy series, Sega’s flagship RPG series’ storyline had continuity between different entries. Featuring a Sci-Fi storyline full of discoveries, and a few clever twists, Phantasy Star IV is generally regarded as the Genesis’ greatest J-RPG.

An 87 GameRankings rating (The Metacritic of the 1990s for gaming) indicates that the game was well received by critics in its time, but there are issues. Phantasy Star IV could be finished in less than 25 hours, it had an odd translation (a common occurrence in JRPGs at the time) and it was as straight-forwards, as J-RPGs could get (even for the era).

That said, its sci-fi aesthetic, unique artwork, and gripping storyline (if you can overlook the terrible translation) makes for an interesting RPG to play, even today. 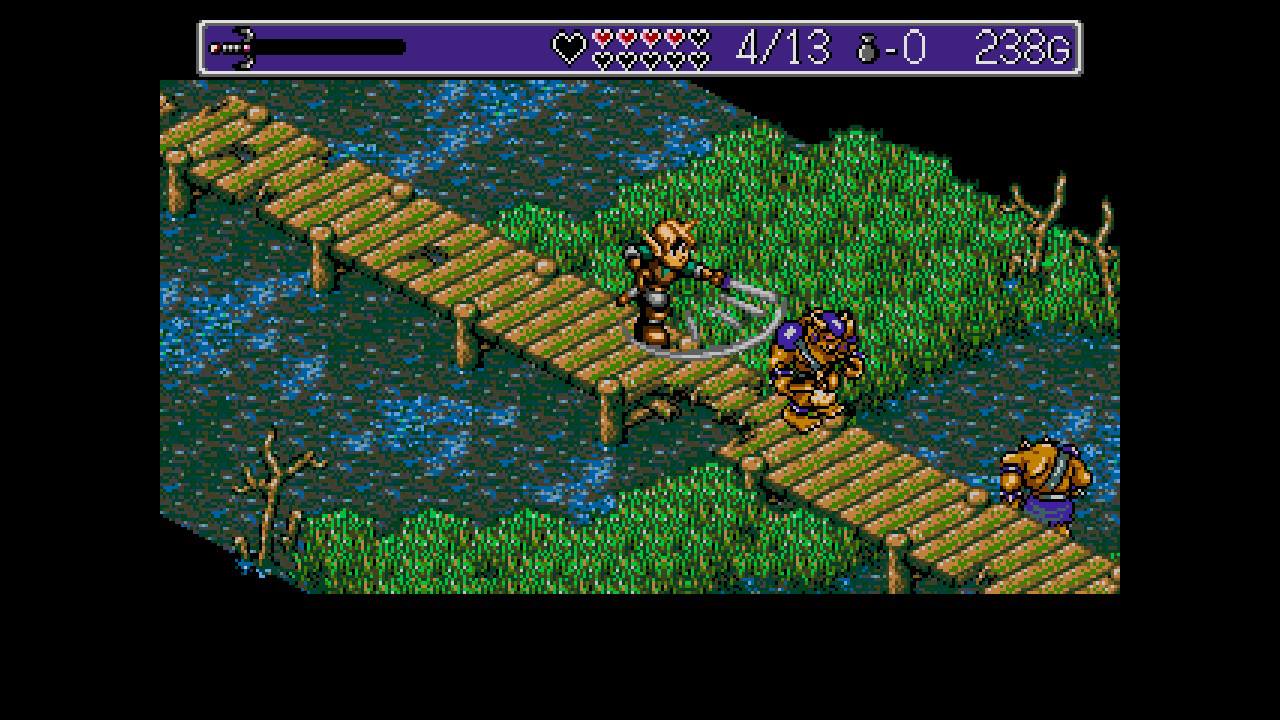 Unlike A Link to the Past, Landstalker had a decent plot line. Its good character development between its protagonist, Nigel, and his nymph companion, Friday, will provide the 20+ hours of game time with plenty of entertaining dialog.

Playing Landstalker for pure storytelling enjoyment is one of its strong selling points. Unfortunately, beyond its isometric visuals, and having better character development than the SNES’ Zelda entry, not much else in Landstalker is superior to A Link to the Past.

The isometric perspective makes platform hopping (a necessity in the game’s dungeons) a tough test of patience for players.  While most puzzles come in the form of the “push a box” variety, the terrible platform jumping controls will likely frustrate most players.

If the Isometric perspective, and its consequential ramifications on the game’s controls do not turn you off, it is likely that you will find that Landstalker is one of the better Action-RPGs of the early 1990’s. 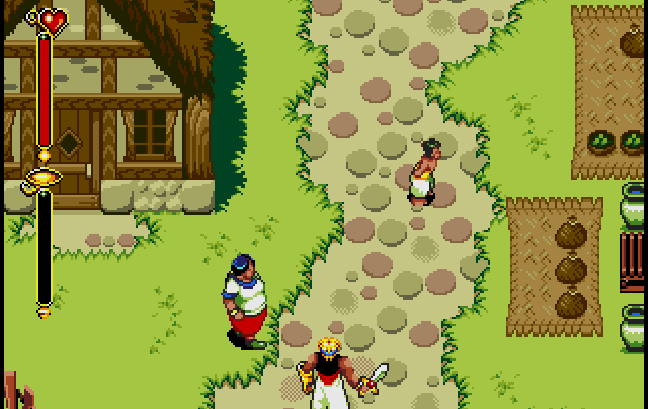 An action-RPG in the vein of The Legend of Zelda. Beyond Oasis is not as big, or as good as Landstalker, but the title is perfect for those wanting to get their feet wet in the old school action-RPG genre.

The game’s plot is bare bones. Roam the land as a prince while collecting spirits in order to defeat an evil sorcerer. Not the stuff of a George R.R. Martin book, but it was the early 90’s, and the game’s biggest competitor was A Link to the Past which wasn’t a literary masterpiece either.

Beyond Oasis is not unique enough for me to recommend it over games like Secret of Mana, and Landstalker itself. However, it is likely that if you are a hardcore RPG fan, and you owned a SNES during your youthful days, you have already played Mana, and Zelda. Thus, Beyond Oasis is a nice little adventure worthy of some playtime, if only to see what the Sega Genesis had to offer as an alternative to those SNES’ classics. 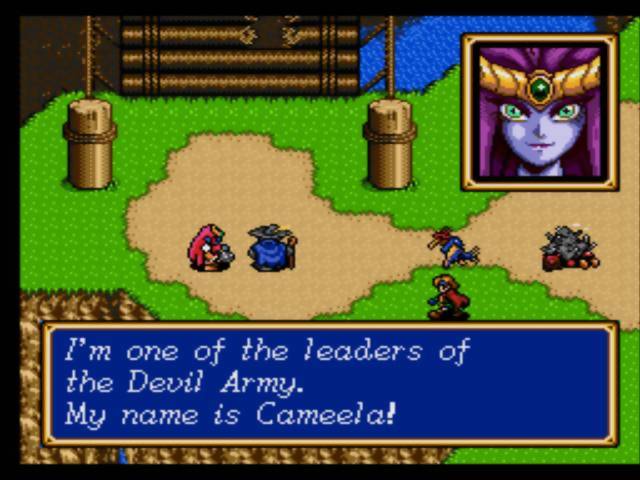 This is one is a must play. Holding an 89 Game Rankings score, Shining Force II manages to outperform Phantasy Star IV, and the rest of the games on this list in what critical reception is concerned. Often cited and ranked amongst the very best games of all time, Shining Force II is one of Sega Genesis’ timeless classics.

Shining Force II is a cerebral tactical JRPG of the highest order. Despite being a tactical RPG, Shining Force II allowed players to explore towns, and its world in true traditional RPG fashion. Recruiting a vast cast of characters on your way to defeating a demon king, has never been more fun than in Sega Genesis’ tactical adventure classic.

Shining Force II is generally regarded as the greatest game in the series. In a fun fact, the ‘Shining’ series is perhaps one of Sega’s longest standing RPG franchises. Its latest title, Shining Resonance Refrain, is a completely different beast from the series’ early entries, as the game takes more after Namco’s Tales series than it does Shining Force II. But alas, unlike Skies of Arcadia (which never received a sequel) the Shinning series has endured to this day.

If anything, Shining Force II is worthy of a play if only to experience part of the roots of Sega’s long running series. The game is more much than that though, it is a tactical-RPG gem, and perhaps the best in its genre in the 16-bit era. 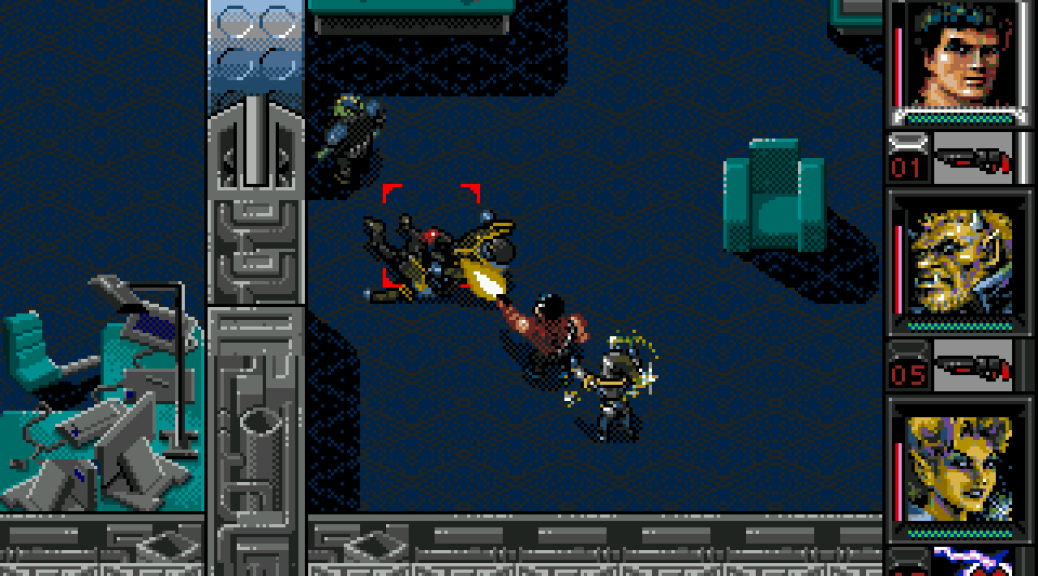 So, this isn’t a J-RPG. But Shadowrun’s take on open ended gameplay, and Cyberpunk’s themes made it a unique experience in 1994. Cyberpunk 2077’s blunders, perhaps, makes Shadowrun an even more impressive product of its time.

The open nature of the Sega Genesis version of Shadowrun makes it, in my opinion, the definitive 16-bit version of the game. The critics in its heyday agreed. Electronic Gaming Monthly handed the game a 9/10, and Gamepro Magazine gave it 4 points out of 5.

While the SNES version was a straightforward action-RPG, adventure romp, its Genesis counterpart was one of the deepest RPGs that you could find in either system.

An early masterclass in open gameplay, Shadowrun in 1994 was a better representation of the Cyberpunk universe, than CD Projekt’s Cyberpunk 2077 is today.

The Sega Genesis was not the JRPG powerhouse that the SNES was. Squaresoft made a genuine effort in the early 90s to ignite the genre’s growth in the U.S. and unfortunately for Sega’s machine, the SNES was its platform of choice. Still, as we saw here if you were stuck with a Genesis, or wanted to experience the full gamut of what the genre had to offer, Sega’s little black machine had more than enough titles to satisfy its players’ role-playing gaming thirst.