The Final Fantasy XII Debacle, The Square/Enix Power House, and The Contenders

The worst thing that could have happened to the RPG genre was the Square-Enix merger. This merger united the two RPG giants into a single entity that threatens to monopolize the genre, as only a few giant publishers like Namco can now stand on it’s way.

It was not only the worst thing that could have happened to the genre but apparently also to Square’s Flagship series Final Fantasy. Square’s run during the Playstation generation was damn near flawless releasing a trilogy of FF games, FFVII, FFVIII, and FFIX.

FFVII is Square’s poster child, it was in its time unrivaled and today it still stands at the top of the traditional RPG pyramid. This was to be perhaps Square’s brightest moment, as the series has gone into a steady decline since then. FFVIII was a disappointment, FFXI brought the magic back, and FFX didn’t hurt the series.

FFX however would prove to be the last Final Fantasy under the supervision of series creator (and genius) Hinorobu Sakaguchi. After that Sakaguchi disappeared from the radar and Tetsuya Nomura (FFVII, FFVIII, FFX character designer) left the series for his own profitable creation Kingdom Hearts, a gamble that paid off in droves for Square and seems to be now Square/Enix focus of attention instead of the eternally delayed FFXII.

FFXII the subject game in this article, is a complete mystery to everyone, even those who live and breath the genre. For starters there was no playable demo at this year’s E3 that is a sure bad sign since last year there was a playable demo. I keep reading rumors about Square forcing Yasumi Matsuno the director to delay FFXII as the game apparently was not up to Final Fantasy standards.

The problem at Square/Enix is that the milking of the Final Fantasy brand has damaged its good name, back in the day FF was the top game of the genre, unfortunately after FFIX that hasn’t been the case.

Yatsumi Matsuno is best known for the critically acclaimed Vagrant Story, which was an action RPG, he was also the director behind FF Tactics Advance, an excellent strategy game yes, but both of those titles couldn’t have been any more different from the traditional FF game. It must be said that Square had little choice (in whom to leave the supervision of FFXII) as all of the team that worked in past Final Fantasies is either gone (Series creator Sakaguchi, series composer Nobuo Uematsu) or working on some other project (Nomura). It would have seemed wise if they had canned FFXII until Nomura got done with Kingdom Hearts 2, instead they gave their flagship series to the hands of Matsuno who apparently has no idea of what to do with the game.

Matsuno’s first mistake, was to base the game on the world of Ivalice (FF Tactics, FF Tactics Advance), no FF has ever done that. Each Final Fantasy is set in a new fresh world, apparently Matsuno has run out of creativity whatsoever and decided that it was best to tell the story in a world that had already been in use for eight years.

His second mistake was to allow his artists to create a Feminine hero in Vaan. Vaan has been the subject of endless flaming and humiliation in message boards, and he has all the right to be trashed. The fact of the matter is that he looks like a girl, he moves like a girl, and I haven’t heard his voice but he probably talks like a girl the only thing missing in his appearance are boobs.

The problem with Vaan is not that he is blonde and pretty is that his face is that of a woman, and his body posture is that of a woman too. How can anyone take this character seriously is beyond me, in my opinion Balflear should be the hero.

Not only that, but this game looks suspiciously like Star Wars Episode 1, I wouldn’t be surprised if Darth Maul were to appear at some point during the game. So while the game’s graphics so far seem top notch the art work leaves much to be desired in what creativity is concerned.

Hinorobu Sakaguchi must have had a pretty big disagreement with Square to suddenly leave and form his own company. There are some fans of the genre who believe that the real next FF game will be the one developed by Mistwalker and Sakaguchi, even if the game is released under a different name (as Final Fantasy is a property of Square/Enix).

However it is still a bit early to completely pass judgement on FFXII, it could very well turn out into a wonderful rebirth of a declining series, but I wouldn’t bet my house on it. One thing is for sure Final Fantasy games will never feel or play the same as they did from FFI to FFIX ever again, and this is not something that has happened from night to morning, for years the series has been in a steady decline, as Square has exploited the franchise, with mundane games like FFX-2 and FF:CC.

It doesn’t stop there as Square has also been releasing a bunch of crap on a constant basis these days, garbage like Unlimited Saga ( a prime candidate for worst RPG of all time), Full metal alchemist (a cheap attempt to cash in a popular anime show), and Musashi Samurai Legend (an incompetent sequel to Square’s charming PS1 action RPG Brave Fencer Musashi) to name a few. So incredibly the odds are against FFXII end up as a great game.

If Nintendo were to lose Miyamoto a drop in quality could potentially show up in its games, well Square has lost Sakaguchi and his absence is deeply felt in the lack of quality of Square’s latest titles, with the exception of FF Tactics Advanced.

While Square seems to be slacking in everything that is not Kingdom Hearts 2, Enix side of the coin is a completely different story, which is not unexpected as Enix in the old days was always a bit more conservative than Square.

It also helps Enix that they have focused their might on their two big series Dragon Quest, and Star Ocean. Unlike Square, Enix has not gone into milking their franchises, so when you see a Star Ocean or a Dragon Quest game these days, you better believe that the game is going to be as good as it can be. It also seems that the partnership has benefited Enix, in the PS1 era Enix titles Star Ocean 2, Dragon Warrior VII and Valkyre Profile were every bit as good as Square’s classics of the time.

However of all these Enix games had a big hurdle to overcome, and that was primitive sound and graphics when compared to Square’s big guns. Star Ocean looked okay and Valkyre Profile had its own distinctive style of artwork, but Dragon Warrior VII looked like Dog crap on a cardboard, however all of these games were perhaps the deepest and most challenging RPGs around.

Enix has kept their tradition intact, Unlike Square who pretty much lost the FF Dream Team of Developers, Enix has managed to keep Tri-Ace pretty much unchanged, and because of that their first update to one of their franchises, the excellent Star Ocean 3 was a critic and commercial success. Dragon Quest VIII (sequel to Dragon Warrior VII) is looking great, and Tri-Ace’s newest creation Radiata Stories is looking like another cult classic in the making.

So financially Square/Enix is likely to still be king for a long time, even if FFXII is less than stellar. Other companies like Namco are beginning to invest more into the RPG genre. With it’s Excellent Tales series and their not so excellent, Xeno series, (another series that has dropped in quality since leaving the watchful eye of Sakaguchi) Namco is slowly gaining ground on the genre. Nippon Ichi has pretty much single handedly become the king of strategy RPGs with its graphically primitive but otherwise fantastic games.

While Square has its hands full trying to save FFXII from becoming another FFX-2, the question real hardcore RPG fans are asking themselves is: What ever happened to the Chrono series?

Here is the following list of Contenders for the Square/Enix RPG crown:

Strengths: It has the resources to compete and a respected series in Tales. Baiten Kaitos was a so-so game however and they are going to need to buy some independent Japanese developers like Nippon Ichi in order to rise. Or they can create a new original RPG.

Weakness: It doesn’t own a franchise with the longevity of Dragon Quest or Final Fantasy. Xenosaga’s first two episodes have been disappointing.

Strengths: It has the only RPG series with the longevity of Dragon Quest and Final Fantasy. Nintendo has the Legend of Zelda. The action RPG series has given us some of the greatest games ever, and the series is extremely popular. It (Nintendo) also has the potential to develop new RPGs, especially if they tank with the Revolution (as expected) and transform into a third party publisher and developer.

Weakness: They need to let the Zelda series grow up! Twilight Princess seems like a step into the right direction, however it must be said that Ocarina also was a step in the right direction but the Wind Waker took twenty steps in the opposite direction. Their commitment towards games that are not RPGs is also another weakness.

Strengths: Sega has the franchises, and the talent to squash Square/Enix. They own legendary series like Phantasy Star, Shining Force and Panzer Dragoon (Panzer Dragoon Saga is considered by those who have played the HARD to find masterpiece as the greatest game of all time). They also have new stars like Skies of Arcadia and Shenmue.

Weakness: They don’t have the financial resources to develop and release any of the above titles in quick succession in order to gain momentum.

There are other companies that have excellent RPG games such as Konami, and Atlus. But those companies above are the ones that are producing the big hitters thus far. It must be pointed out that BioWare, with KOTOR and Jade Empire has placed itself among the most respected RPG developers in the world. In short it will be very interesting to see which companies survive, when the next wave of consoles wage war. It is unfortunate but likely that the demand for 2-D RPGs will sink even lower taking Nippon Ichi and some of the other lower budget developers out of the game. 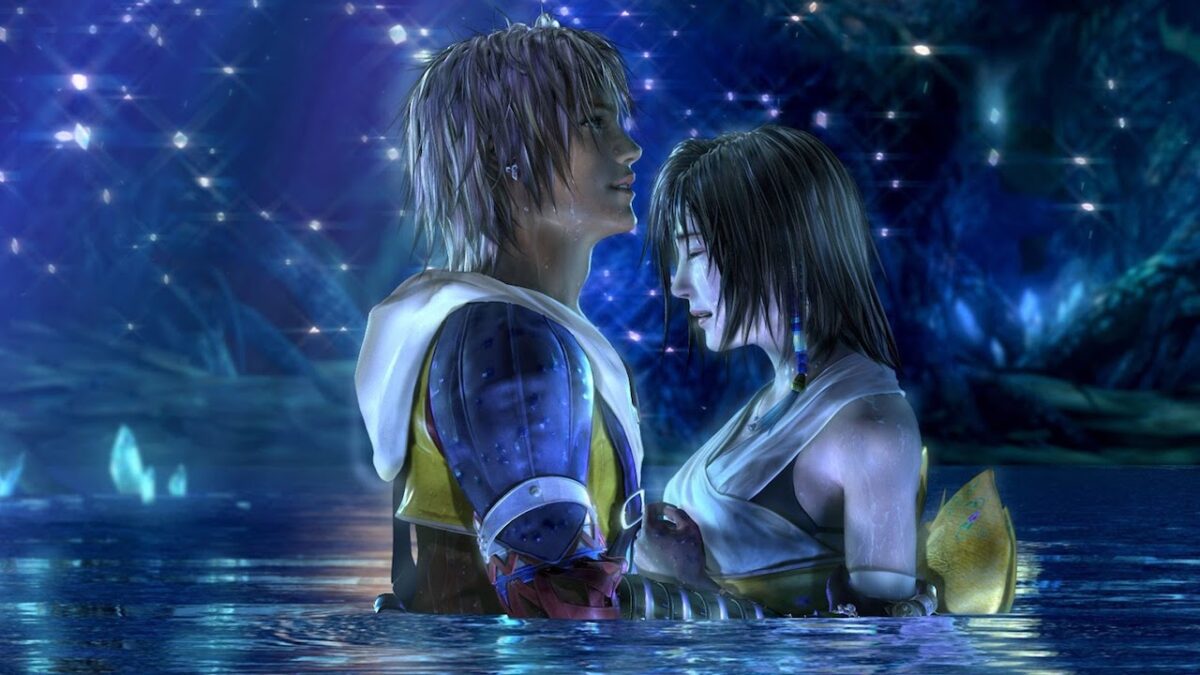 The Top Ten Greatest Final Fantasy Games of All Time 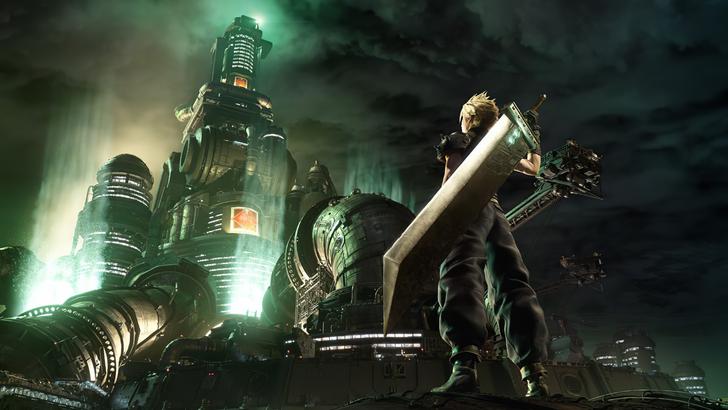 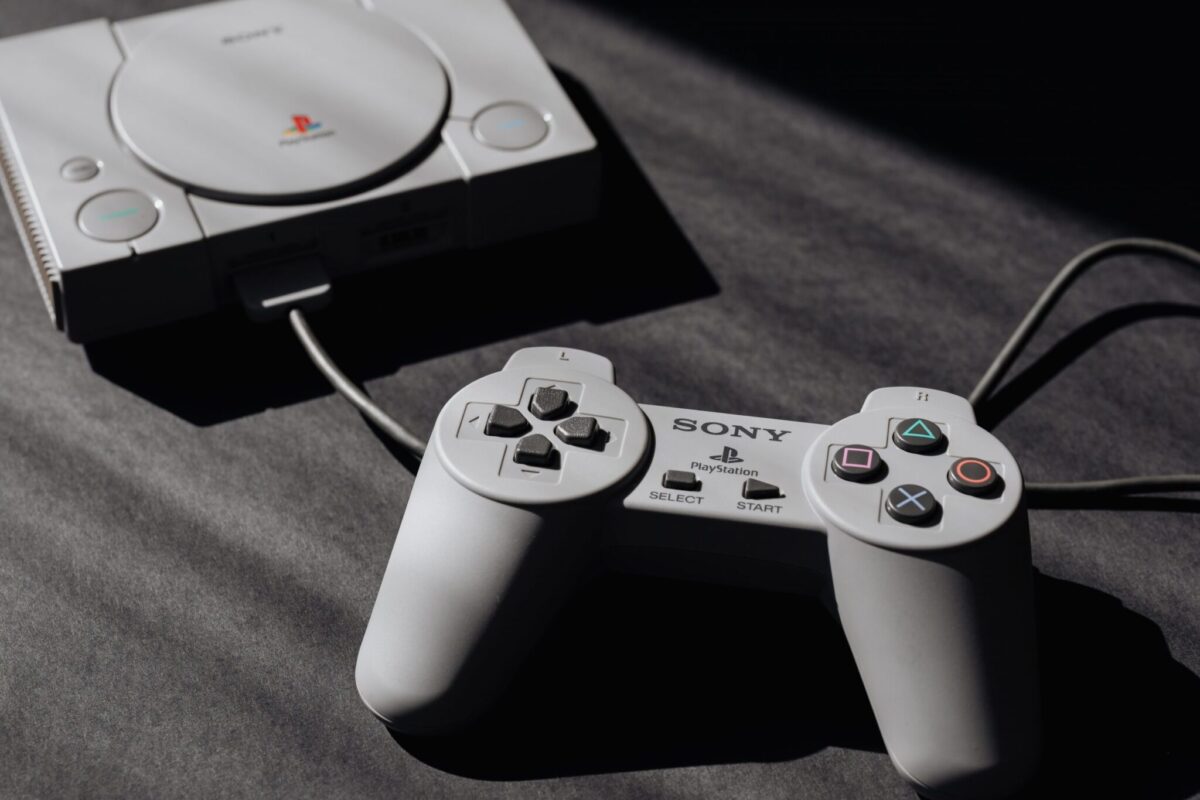