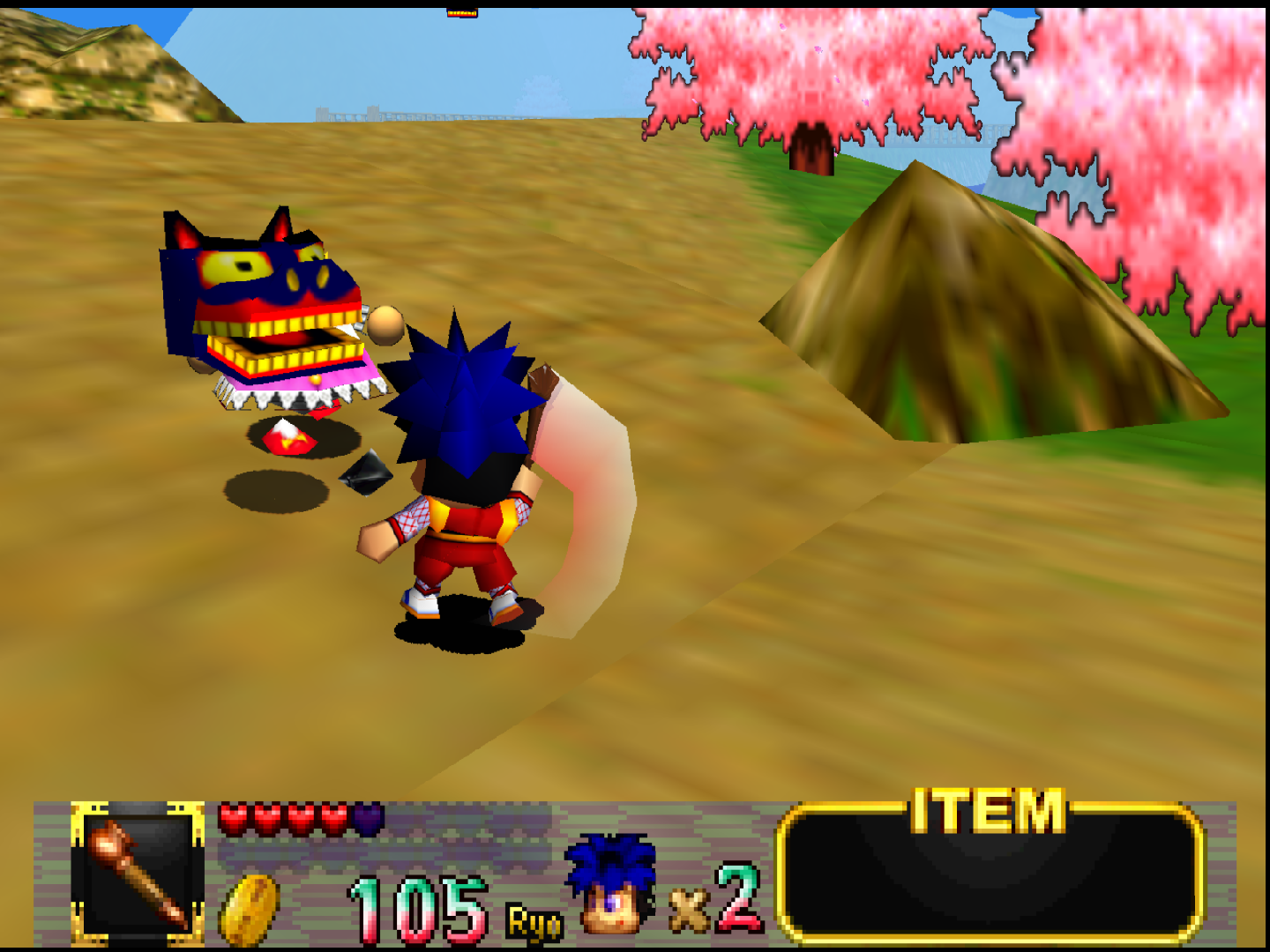 Once in a while, I venture into Metacritic in order to scout older games from the 1990s and early 2000s, and I am surprised by some of the games’ lower than expected ranking. Here are five Nintendo 64 games that truly shocked me for their low rating average scores. These are games that I personally enjoyed.

Okay, So Castlevania “64” wasn’t as good as Symphony of the Night, heck it wasn’t as good a 3-D game as most Castlevania 2-D entries were ‘2-D’ games. Yet, I must say that in 1999, you would have been hard pressed to find a game with a greater ‘in-game’ atmospheric presence than Castlevania 64 on the Nintendo 64.

If we omit Nintendo’s earth shattering masterpiece, The Legend of Zelda: Ocarina of Time, from the discussion, Castlevania 64 had one of the most mysterious, and atmospheric game worlds in gaming. Yes, the controls were clunky during platform hopping sessions, and the combat wasn’t as tight as it should have been, which made some boss battles hellishly tough affairs. In spite all of that, Castlevania 64 was massively fun, incredibly replay-able (with different characters, and endings), and an amazing looking game for the era.

Perhaps, only the Electronic Gaming Monthly Magazine editors understood the game’s brilliance. Castlevania earned a few 9.0s and 8.0s in their review of the game, and I feel that Castlevania 64 merited the scores, at the time.

The game had it all. Mind-blowing 3-D visuals, challenging boss fights, a scary atmosphere, puzzles, a day and night cycle (which factored into some puzzles), and an engrossing story within the Castlevania universe.

Now, the game hasn’t really aged in stellar fashion, but I still find joy in replaying it these days (especially in its “complete” form, Legacy of Darkness). In 1999, Castleviania deserved better than a 78, not a perfect game by any means, but very good experience for those of us that had just finished Ocarina of Time.

There is a possibility that by this point in time (2000) critics were already tired of the Turok series. This could have influenced the near average global ratings that the title received. Otherwise, in my opinion, Turok 3 was prettier, and more technically refined version of Turok 2.

The game featured prettier (over the previous two entries) RAM Pak enhanced visuals, bigger worlds, two playable characters with different skills, a save anywhere feature, and a robust multiplayer mode. In many ways, as far as I am concerned, Turok 3 is truly the best Turok in the series (though I have an extremely soft spot for the original Turok).

So, apart from possible Turok ‘fatigue’, what other reasons did the critics have for panning the game? I have to assume that Nintendo 64 ‘Fatigue’ might have had perhaps an even bigger role to play. Critics cited “frame-rate” as one of the issues with the game, but low frame-rates were common on the N64. Surprisingly, Perfect Dark had some of the worst frame-rate drops in the machine, and critics didn’t seem to hold it against it.

Turok 3 was different from its predecessors though, as it was made by a different team. Perhaps, that turned off fans of the previous two titles (critics included), and was responsible for the game’s low rating (the previous two games rated within the 80s in Meta-rating average scores).

Turok 3 is often referred as the “forgotten” Turok (at least for me), as it wasn’t nearly as commercially successful as the first two entries in the series. Turok 1 and 2 sold over 1.5 million copies each, while Turok 3 only sold about 170,000 units, ouch!

I am starting to see a trend here. A lot of these games are late generation, post Ocarina of Time and Dreamcast, N64 releases. I can see how Castlevania 64 would feel and look a little less impressive given that Ocarina had set the bar impossibly high for N64 3rd person games, and that the Dreamcast’s (many critics had access to Japanese consoles) technical specs blew the Nintendo 64 out of the water.

Still, there is no reason for Indiana Jones and The Infernal Machine to have scored this low in an average sum of critical scores. Indiana Jones 64 (as I will call it for short), was a fantastic game.

The Nintendo 64 got its “Tomb Raider” (ironically, a franchise which inspired by Indiana Jones (films) itself) in the form of Indiana Jones and the Infernal Machine, which had originally been released on PC, but the Wizards at Factor 5 managed to port the game to the N64 in little over a year after the PC game’s release.

Indiana Jones on the N64, featured better (for the most part) visuals, and less bugs than its PC counter part. In fact, the game is probably one of the best looking games on the system, all time. With brilliant puzzles, an engrossing storyline, and some of the most amazing digital vistas available on the 32-64 bit era of home consoles, Indiana Jones and The Infernal Machine deserved better.

Critics complained about controls, and clunky animations, but both of these issues were present in every 32-bit Tomb Raider entry. It seems that Indiana Jones and The Infernal Machine paid for the Lara Croft’s early sins, as critics often cited the famous PS1 franchise when nitpicking flaws in Indiana Jones’ N64 entry.

The Nintendo 64 wasn’t know for its “great” 2-D platformers, it was the other way around. Nintendo’s 64-bit powerhouse ushered the 3-D era in video games, and three dimensional platformers (starting with Mario 64) were the machine’s greatest strength.

Thus, Yoshi’s Story felt like the odd duck in Nintendo 64’s garden of cute mascots. I will admit, my take on Yoshi’s Story is heavily influenced by nostalgic memories. My one youngest cousin had it, and I used to help her through some of the tougher levels during my summer breaks. It was a cute game, filled with colorful moments, and lighthearted vibes.

Yoshi’s Story was designed for children, at least visually, but at rare times the game could up its challenge (up there with some of Mario’s difficult moments ), but mostly, Yoshi’s Story was as easy as its color palette suggested (that the game was).

Most players could finish Yoshi’s Story within a sitting, as the game was short. It was designed as a children’s game, and it succeeded at that. I feel that due to its “game for young audiences” nature the game was unjustly received by critics of the era. Yoshi’s Story was a solid 7.5/10 in my story book.

Usually, my vision on games is nearly perfectly ‘Nsync’, like Boyz II Men (See what I did there? 90s all way!) with Metacritic’s ‘critic’ score rating averages. Unless it is Zelda, Elder Scrolls, or a Naughty Dog game, which are all safe day one purchases for me, Metacritic provides a decent guide when deciding on a first day (or week) purchase of games that I am uncertain about.

For me, a game within the 90s range is a must buy, a game in the 70s is a “wait for a price cut” experience, while games rated 69 and below are, for the most part, titles to be avoided. This brings us to Mystical Ninja’s 67 rating…What the hell were the critics thinking when they rated such an awesome game this low!?

Mystical Ninja remains one of the best 3rd party games available in the system. While good 3rd party games were a rarity on Nintendo’s 1996 console, Konami’s platformer, RPG, and action-adventure hybrid had “First Party” quality written all over it.

First, the game was an N64 exclusive, meaning that it wasn’t hindered by PlayStation or Sega Saturn versions. The game truly took advantage of the Nintendo 64 hardware, as it featured colorful characters, and huge smoothly rendered worlds. Mystical Ninja was the closest to a “Zelda like” experience that you could get in the system almost half a year before Ocarina of Time arrived.

The game had loads of smartly designed puzzles, different characters with different abilities (which were required to solve said puzzles), towns, NPCs to chat with, and tons of virtual 3-D space to explore.

Some critics complained about the quirky nature of the game’s Japanese humor. Personally, I felt (and feel) that this was one of the game’s greatest strengths, as it made it stand out from the pack of Nintendo’s cute platformers.

Mystical Ninja was on the easy side of things, as it was a game to be enjoyed and explored. Yet, some boss battles were challenging, and the game’s run time while shorter than most N64 adventures, was not short in a way that I felt cheated when its credits rolled.

Metacritc has never been more wrong, Mystical Ninja was no “67” game. Gambare forever!