Throwback Bit Thursday: Ocarina of Time – The First Person Adventure That Almost Was 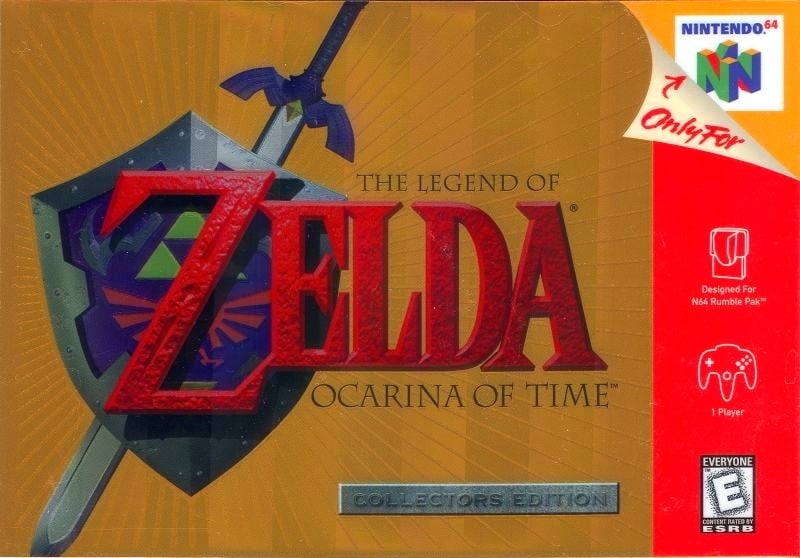 Every Thursday the Never Ending Realm will pay homage to older games by discussing tidbits of information that you might not know about the development of some of the most iconic titles in Video Gaming History.

In this first installment we travel back in time to the mid 90’s where Nintendo’s EAD was hard at work in the development of what would become the highest – critically – rated game of all time in The Legend of Zelda: Ocarina of Time.

In a 2008  interview with deceased Nintendo Legend Satoru Iwata, The Legend of Zelda mastermind Shigeru Miyamoto made a stunning revelation: He had initially wanted Ocarina of Time to be a First Person Adventure game.

I think it is more comfortable, more natural. We are creatures of habit. We don’t look at our feet when we’re walking around, and we’re always trying desperately to take in the scenery while we’re living our lives. So, even in these games I want people to be able to get really into the 3D geography, so it feels like you’re really there, since I think it’s a really natural thing to be able to look around while you’re walking. At first when we were developing The Legend of Zelda: Ocarina of Time, I even proposed using a first-person perspective.” – Shigeru Miyamoto

Miyamoto’s reasoning for his vision was perfectly understandable, and Bethesda Software would eventually prove the vision a successful one in its Elder Scrolls Series. However, as Miyamoto would later convey on the same interview, the transition between Child Link, and Adult Link would prove to be an important ( if magical) feature of the game’s story and design. As such, the First Person viewpoint would be scratched.

During another in depth interview in Nintendo’s ‘Iwata Asks’ series, which took place nearly a decade ago. It was confirmed by Yoshiaki Koizumi, a jack of all trades that was involved in environment construction, Link’s design, item creation and event planning in the game, that the Legendary Shigeru Miyamoto did suggest that Ocarina of Time should be a first person action adventure game.

In the beginning, he had the image that you are at first walking around in first-person, and when an enemy appeared, the screen would switch, Link would appear, and the battle would unfold from a side perspective.” – Koizumi, source: Iwata Asks

However, in one of the few instances where completely avoiding a Miyamoto idea turned out for the best, Koizumi trusted his gut, made the more difficult rendering choice (rendering the character at once with the environment), and spared the world from having to endure a ‘full on’ First Person Ocarina of Time.

From my experience making Super Mario 64, I knew that displaying a character constantly running around on a broad field would be incredibly difficult. But—while it wasn’t very nice of me toward Miyamoto-san—I didn’t try a first-person scene even once!” – Koizumi said in the interview as he recalled his decision to ignore Miyamoto’s idea.

Koizumi might have had a more selfish reason for not trying Miyamoto’s suggestion: He created Link’s 3-D model. “I was making the model for Link, so I couldn’t stand to see my Link not appear.” He replied to Iwata’s question about his reluctance to even try the first person perspective once.

Further down the interview it was revealed that Nintendo did make a small effort to try the perspective out, but it wasn’t something that worked well, and as Miyamoto stated in the earlier interview the appearance of a Child Link completely destroyed any hopes of Zelda going into the First Person realm.

Ocarina of Time had a long developmental cycle in which many fascinating ideas were dismissed, and others implemented. At one point the game was planned to release as a 64DD game, but it would end up being moved to cartridge format for animation purposes, and more practical reasons (such as the 64DD’s  failure).

The first person mode remains a fascinating idea. An idea that still found its way into the final game -albeit- in a more limited form. Shooting a bow, or simply admiring the world in the game’s first person camera view gave us a taste of how the game would have looked had Miyamoto gotten his way in that particular suggestion of his.