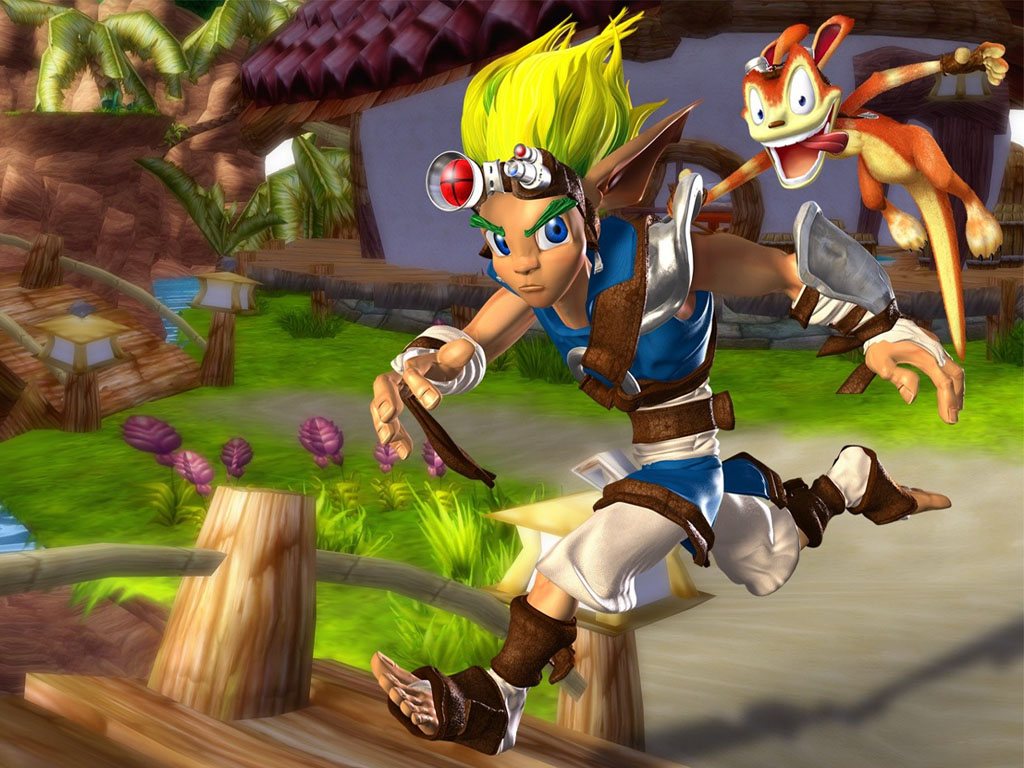 Jak and Daxter: The Precursor Legacy is the closest that Sony ever got to having a platforming Mario 64 clone. Perhaps, this is the reason why I consider the first Jak & Daxter game to be the best platforming game that Sony (Naughty Dog developed it) has published.

Jak and Daxter played, and was closer to Super Mario 64 than previous Naughty Dog platformer, Crash Bandicoot. At the same time, Jak and Daxter marked the start of some of Naughty Dog’s signature contributions to the video gaming industry.

It Didn’t Have the ‘Mario’ Polish and its Brilliance in Level Design, but it had Character and Gorgeous Visuals

That heading isn’t a shot at Naughty Dog, Jak and Daxter was more fun to play for me than Super Mario Sunshine, even if the platforming wasn’t quite as challenging, and the controls weren’t quite as tight. The reason that Jak & Daxter was fun for me, was its awesome (and funny) storyline, and consequently (given the funny part) Daxter’s emergence as my favorite ‘pet’ companion of all time.

While I controlled Jak, he was a silent character (in this first installment), so the true star of the entire thing to me was Daxter. His voice actor, and the writing behind the game’s dialog was brilliant. Even two decades ago, Naughty Dog was at the fore-front of voice acting and character animation in video games.

The PlayStation 2’s horsepower allowed for convincing real-time cutscenes in which Naughty Dog showcased its talents in animation it show stopping fashion. Before Jak and Daxter, The Legend of Zelda: Ocarina of Time might have been the best example of real-time in-game engine cut scenes that featured convincing (at the time) facial expressions. Obviously, Naughty Dog upped the standard many notches ahead of anything that Nintendo EAD had done to that point in 2001 with Jak & Daxter.

Apart from that, I absolutely loved that Naughty Dog realized its ambitions with this title. A bona-fide platformer that took the genre into the “128-bit” era (though at that point ‘Bits’ had started to become irrelevant in marketing terms), that, in my opinion, was quite superior to Sega’s Sonic Adventure efforts.

Naughty Dog did not only follow the Super Mario 64 sandbox (collect-a-thon) blueprint, but it also implemented design lessons learnt from that other Nintendo masterpiece starring a pointy eared elf. However, Jak & Daxter took Nintendo’s 101 book on how to make 3-D games and took it a step further (given the leap in technology between the Nintendo 64 and the PlayStation 2) in some areas.

My First Next Generation Experience on the PlayStation 2 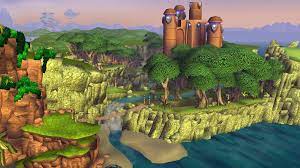 Jak & Daxter might not have been as ground breaking as Nintendo’s N64 efforts at the time of its release, after all, by 2001 almost every AAA game on the market was a 3-D effort so the 3-D ‘novelty’ had worn off, but Naughty Dog pushed the PS2 specs harder than most, even early in that console’s life cycle.

Jak and Daxter featured a beautiful open world, free of load times (a rarity for disc based games), that featured a day and night cycle, and was filled with challenges and things to discover. As Evan Wells pointed out on a PS blog released today to commemorate the game’s two decade anniversary, it was very challenging for the company to create a massive open world coming from the linear Crash Bandicoot Trilogy (PS1),

“The biggest thing I learned was the challenge of designing an open world game without using load times! We set out from the start to design a world and not levels like we were used to coming from Crash, and we made it a rule that if you could see it you could walk (or boat or fly!) to it and that when you reached a building or cave that you could go inside and that the inside would have to fit within the space that the exterior could support. It wasn’t easy!”– Evan Wells, Co-President, Naughty Dog

I mastered Jak & Daxter, collecting all 101 Power Cells (the game’s equivalent to Mario 64’s Stars), and this is a feat that I haven’t pulled off in any platforming game since. Jak and Daxter captured me much in the same way that Mario 64 had done 5 years earlier. I wasn’t as awe-struck by the novelty of 3-D graphics, but JD’s world was fantastic, nonetheless.

Jak & Daxter: The Precursor Legacy Remains My Favorite Game in the Series

Given Grand Theft Auto’s emerging popularity, at the time, I understand why Naughty Dog moved away from the open-world pure platforming nature of the first title, and into the open-word, third-person,  gun-trotting action setting (and gameplay) that governed the last two entries in what is now known as the ‘Jak Trilogy’ in some circles.

However, The Precursor Legacy is the only one, of out of the three games, that I would still replay today, as it was, by far, my favorite entry in the series.

Naughty Dog would eventually turn into one of the most awarded, and respected development studios in the world, with The Last of Us Series being the culmination of its storytelling and visual design prowess, but Jak and Daxter pushed the PS2 tech to the brink, and showcased the studio’s talent for creating likable characters, hollywood caliber writing, and engrossing storylines.

It is hard to believe that Jak and Daxter is already 20 years old, but it remains, as worthy of play today, as it was back in 2001. I truly believe that the first title, in terms of gameplay, aged better than the last two games in this series. Happy Birthday Jak and Daxter! May Sony bring you back from its library of ‘forgotten’ franchises some day with a proper modern entry.