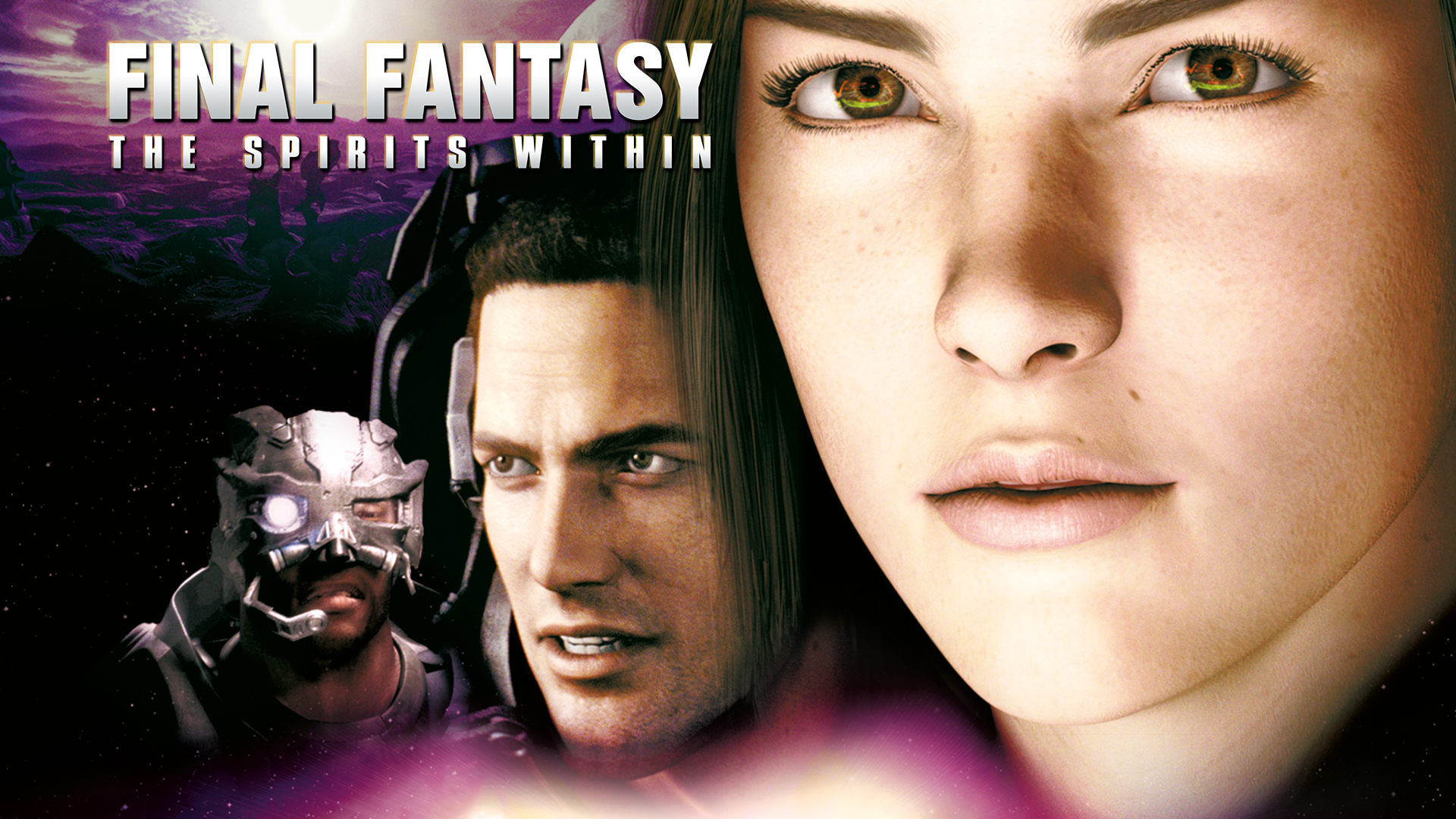 Final Fantasy: The Spirits Within was released on July 11th, 2001 and directed by Final Fantasy legend Hironobu Sakaguchi. The movie would ultimately lead to Sakaguchi’s departure from Square and the eventual end of Square itself.

I remember seeing Spirits Within in the theater in 2001. I was about 13 and being a huge fan of the Final Fantasy series, I begged my family to go. For the 103 minute runtime, I sat there, feeling my family members’ eyeballs on me, blaming me for dragging everyone to this.

All the excitement I had felt for Final Fantasy as a whole slowly melted away as I watched Spirits Within. I wasn’t alone either–the movie received a Rotten Tomatoes critic score of 45% and audience score of 48%. In fact, we can blame the movie for the end of the “classic” or “Sakaguchi” era of the Final Fantasy series as a whole. I’ll get to that, but first, let’s look at why Spirits Within was so bad.

Final Fantasy: The Spirits Within Was Not What We Expected

Final Fantasy has always been about, well, fantasy, but the movie seemed to lack any. Of course, sci-fi is a form of fantasy, and the series had moved towards more a sci-fi feel with VI, VII and VIII, but then back to more traditionalist fantasy in IX. But there just wasn’t any soul in the movie to make you experience the fantasy elements in the sci-fi story, apart for a few briefs moments.

There was no JRPG type elements to the story, much less anything from the complex Final Fantasy lore that had been developed over a period of more than a decade. In fact, apart from the concept of Gaia, there was seemingly nothing to tie the movie into the greater game series.

Overall it felt like they were just cashing in on Final Fantasy’s good name to get people into the theater. Actually, that’s exactly what they did. Final Fantasy: The Spirits Within is just a generic sci-fi movie with the only claim to fame being the first movie with “photo-realistic” computer generated graphics.

Avatar was an astonishing success but Spirits Within did the whole sci-fi movie with computer generated graphics first. Too bad it just wasn’t good and is now almost forgotten. It could have been Sakaguchi instead of Cameron receiving all that praise.

Final Fantasy: The Spirits Within is widely credited with killing Square as we knew it. The company ended up merging with Enix, the maker of the Dragon Quest series and the combined company is now known as Square Enix, which makes both the Final Fantasy and Dragon Quest series, among many other games. Surely, this has to be an exaggeration though: Spirits Within being so bad it effectively killed Square and forced a merger with its rival? Think again.

Spirits Within had a $130 million dollar budget (marketing and production combined) in 2001. That is equivalent to
$191.20M today. The movie only made back $32 million (2001 dollars) at the US box office. This made it both the most expensive video game movie ever and also one of the biggest commercial flops at the time. Square was counting on the movie recouping the investment, as even more was spent in developing the technology to create the movie.

Sakaguchi, as the movie’s director, took the brunt of the blame, and ended up resigning. Taking around a $100 million loss basically forced Square into merging. So yes, it is fair and even safe to say that Spirits Within changed the Final Fantasy series forever. But it is ultimately Sakaguchi’s own fault.

It’s hard to stay mad at him, however, as he basically created the Final Fantasy we all know and love. He who giveth can taketh away.

I’ll leave you here with an excerpt of an interview of Sakaguchi two years before Spirits Within was released.

Famitsu: You’re creating the Final Fantasy movie at the moment, right?
Sakaguchi: Yes, in Hawaii, I am mainly working on the movie.
Famitsu: So which is more fun, making movies or games?
Sakaguchi: (laughs) That is hard to say! There is a lot of things I have not experienced yet in the field of movies.
Famitsu: Oh, I see. Final Fantasy VIII and the movie is being worked on simultaneously, and the FF world will be greatly widened. Can I say that in that time a new FF will be made with the know-how acquired from movie-making?
Sakaguchi: There are still many hurdles in the production of CG. To overcome these hurdles, and to make people feel emotion with its projection, is what we’re aiming to achieve in making this movie. Perhaps, there will be in this, character and expressions that isn’t felt in today’s CG. In the end, I want to merge this with games. I want to make a game so good that if I taped it and showed it to someone, that person will feel moved. But first we must perfect the technologies of CG projection.
Famitsu: And how long do you think it’ll take for this to come about?
Sakaguchi: Around 4 to 5 years, I think. The movie will be released in 2 years, so I think that, as much after that, I believe there will be true emotion in games.
Famitsu: So after VIII is the movie, and after the movie a game will come out two years after that?
Sakaguchi: Well, between them, FFIX and X will be announced. And this new style of CG will arise with X or XI.
Famitsu: This is a personal feeling but, I believe after you have acquired the skill from movies, you, as creator, will have a much wider knowledge of presentation. So more than the development of this new style of CG, I am looking forward to the future Final Fantasy games more.
Sakaguchi: Well, I’ll have to try my hardest to please you. (laughs)