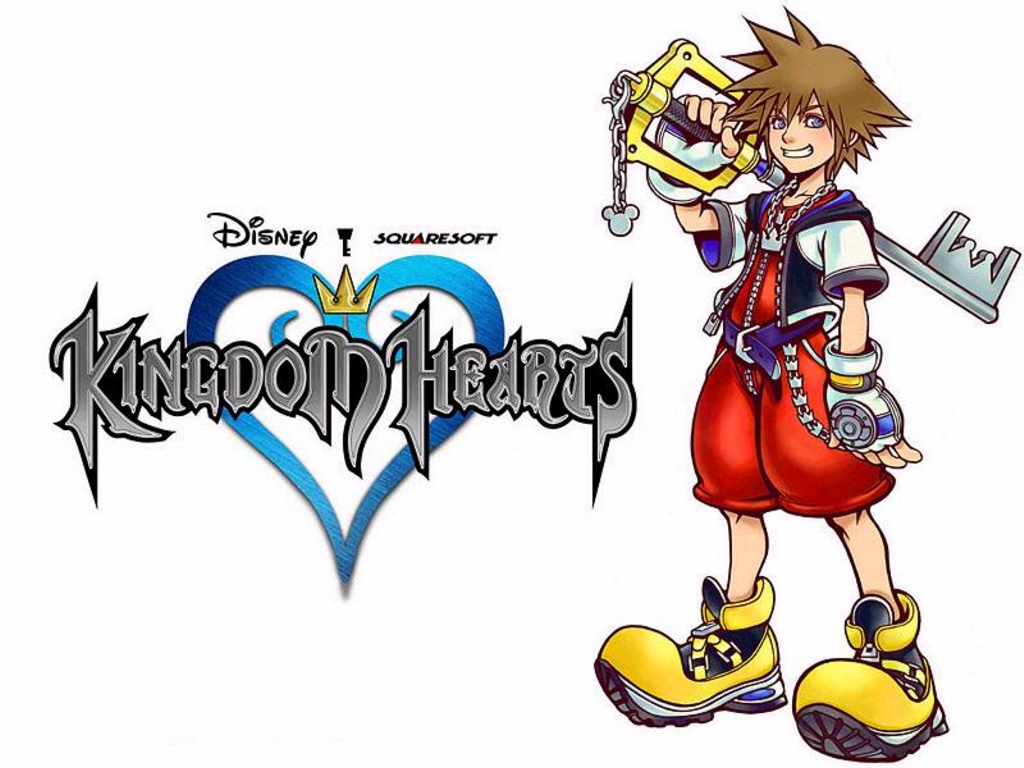 No one should question how great the Disney/Squaresoft Kingdom Hearts union has been, at least commercially. After 32+ million units sold (as of 2019), Kingdom Hearts, as a franchise, is one of the biggest names in the industry.

I Wasn’t Big on the Union At First

Truth be told, as a child, I wasn’t a fan of Disney’s content. I liked Pinocchio, and had shed a tear (or two) for Mufasa. But that was my extent of popular Disney ‘cred’ then. As a kid, I was more into Daffy Duck, than Donald Duck, more into Mighty Mouse than Mickey Mouse, and my favorite cartoons were the He-Man, GI Joe, X-Men, SWAT Cats, and most of all, The Gargoyles (ironically a Disney property).

*Editor’s note: The one thing that I want more than a Skies of Arcadia Remaster, is a live action reboot of The Gargoyles. Disney is wasting an opportunity with that incredible IP.

So, as a teenager (I was 17 in 2002), when I first heard about this Final Fantasy/Disney union, I simply cringed.

Kingdom Hearts was actually born (in part) of Squaresoft’s desire to create a game that rivaled Super Mario 64. Younger gamers today, might not realize this, but in the mid 1990’s Mario 64 was a huge…HUGE deal.

How huge? Square shot the idea (apparently, Nomura’s) down, because they didn’t think they could create a character, and a brand that could compete with ‘Mario’.

Here is (KH’s Director) Nomura’s retelling of the event (taken from an Iwata Asks Interview):

Well, just as I was working on FFVII, Mario 64 was released. The fully three-dimensional spaces and the freedom you had to run around them had a big impact on me. When I told my colleagues I wanted to make a game like that, they said “but Mario’s already a world-famous character. It would be impossible to start from scratch with an all-new character. Somebody even said “The only way you could do it is with characters that are as well known as Disney’s”. That really stuck in my head, so when I heard we could be working with Disney characters, I naturally jumped at the chance.” – Tetsuya Nomura

To summarize history, after some exchanges of ideas and concepts, Squaresoft managed to convince Disney to go through with this Action-RPG project, and Hironobu Sakaguchi (Final Fantasy creator, and producer) picked Nomura (who had shown interest and good ideas) to direct the title, and thus Kingdom Hearts, for the most part, is a creation of the character designer’s mind.

Still, it was weird for my 16-17 year old self to conceive how Final Fantasy’s darker and more mature approach would mesh with Disney’s kiddy material.

Kingdom Hearts Turned out to be Good 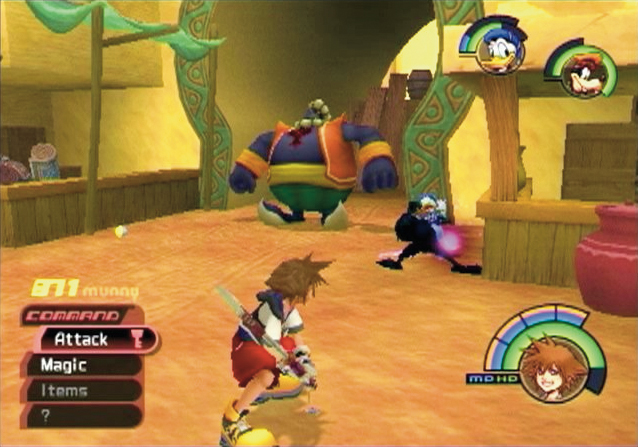 Despite my initial misgivings, Kingdom Hearts is actually a very good game. In fact, the first game at least, has an interesting story that actually makes sense (or as much sense as running around fighting the Heartless with Donald and Goofy by your side can make).

Regardless of my (low) opinion on this series (after the second entry), I loved the first Kingdom Hearts. In 2002, Kingdom Hearts was one of the best looking games around.

I liked the game so much, that it managed to spark some interest (within me) in learning more about some of Disney’s IPs. The Final Fantasy cameos (Cloud, Sephiroth, etc.) were cool, but the game’s main (original) cast which consisted of Sora, Riku, and Kairi were enough to carry it to success, in my opinion.

For all the criticism that I have given the man throughout the years, Nomura can craft some cool characters, and Kingdom Hearts was a shining example of this.

I loved the action based combat system. It was fast, fun and easy to pick up. Some of the exchanges between Sora, Donald and Goofy produced some genuine chuckles. The game’s ending was incredible, and its soundtrack was awesome (I actually went out of my way to get an OST).

Kingdom Hearts had all of the flair (and production values) of a main Final Fantasy entry, and it was one of the most powerful reasons to own a PlayStation 2 in those days. With nearly 6 million units sold, it is the 10th best selling game on the console (all time).

Nomura, and Squaresoft had a winner here, and I enjoyed my time with it (and its sequel). It wasn’t my favorite RPG, or even Action RPG of the era (Symphonia, Morrowind, Jade Empire, Wind Waker and Twilight Princess were ahead of it in my eyes), but it was certainly an awesome experience that turned me into a fan of the franchise (the first two entries). 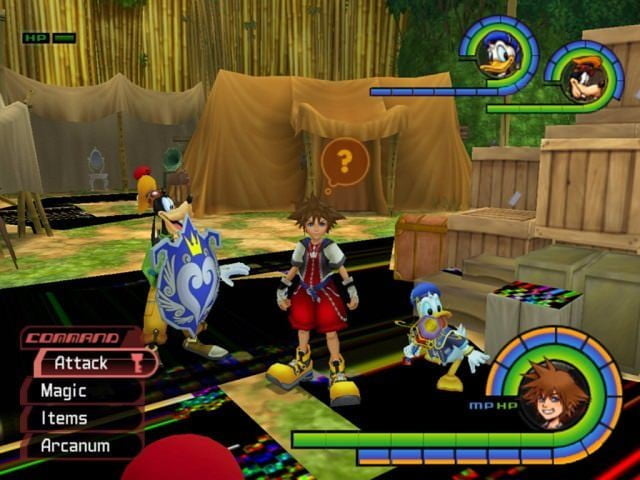 Given the remixes, and HD remasters that the game has received (as part of collection bundles) the game can be found easily on both, PlayStation and Xbox platforms these days. I do think that it has aged well enough to merit a play-through nearly 20 years later, and I think anyone who hasn’t played it yet should give it shot.

A great cast of characters, strong storyline, excellent voice acting (with Hollywood talent), amazing music, and still serviceable visuals, make Kingdom Hearts one of the better PS2 experiences out there.

I lost interest in this series somewhere in the huge time (more than a decade long) gap between entry #2 and #3. This huge time gap was filled with numerous (and nonsensical) portable entries.

The fact that I had to read an internet summary in order to make some sort of sensible sense of this series’ plot-line (which remains grounded in irrationality) before playing the ho-hum 3rd entry, did not take away from my undying love for the series’ first two entries.

Kingdom Hearts is a worthy classic.