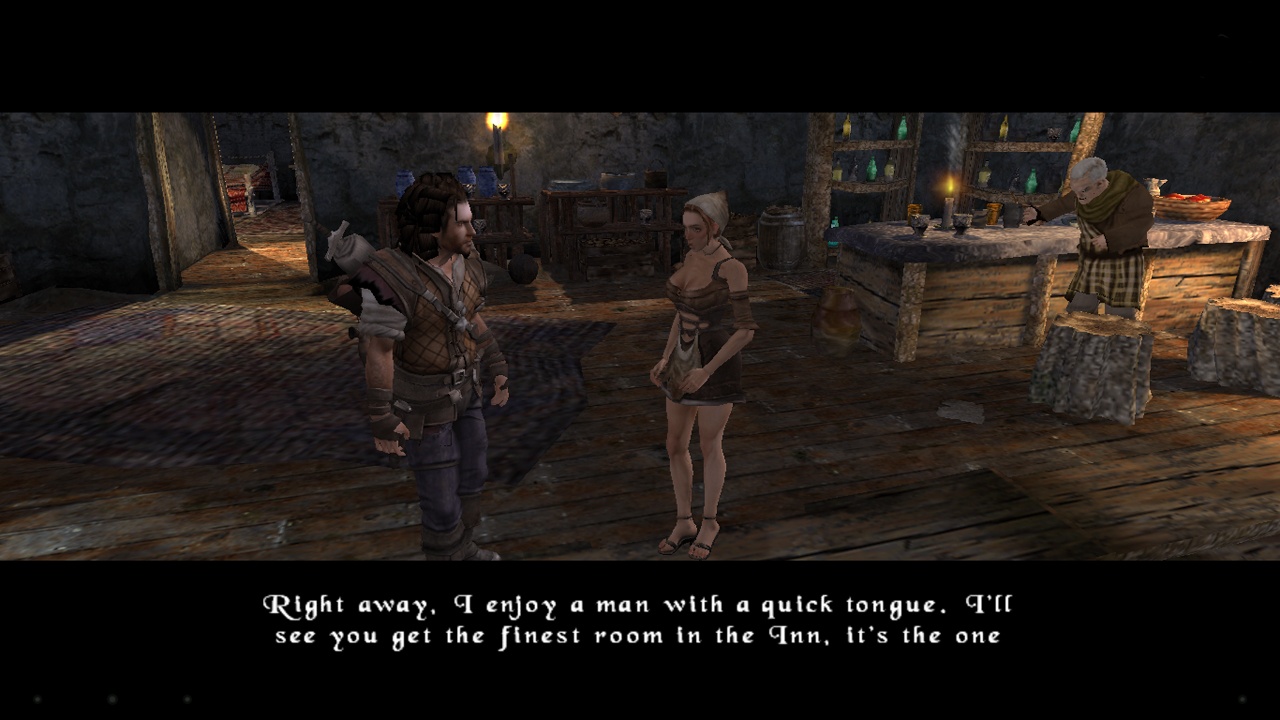 Very few games, especially ‘average’ ones, have managed to leave a lasting impression on me nearly two decades after I last played them. The Bard’s Tale, however, managed to do just that.

It was an average game that managed to leave a lasting (and somewhat positive) image of itself in my memories, despite its flaws.

A Strange Purchase for a J-RPG Crazed Fan

By 2004, I had discovered the wonders of Morrowind (on the original Xbox), and Knights of the Old Republic. Yet, I was not exactly what you would consider a “Westerm RPG” fan. Despite this, there was something about the Bard’s Tale that attracted me to it.

I snatched the Xbox version of the title from my local Game Stop, and booted up the game as soon as I got home. The Bard’s Tale would become one of my very first western role-playing games, and also, one of the most memorable.

To keep it short, The Bard’s Tale only has a few saving graces. These bright spots lie in its writing, voice acting, and funny scenarios. The truth is that ‘Bard’ (the protagonist), is a drunk musician, who only wishes to earn money while bedding as many ladies as he can along the way.

Bard’s motivations during his quest are not necessarily the noblest nor most honorable of pursuits, but a princess needs saving and a ‘hero’ must rise up to meet the task.

Bard is the ultimate ‘Anti-Link’. In someways, I truly felt that his character was crafted in a way that threw some serious jabs at Nintendo’s ‘innocent’ green elf. Link, of Legend of Zelda fame, had traditionally risked life and limb in order to save beautiful princess Zelda (and Hyrule) from the clutches of evil.

In turn, Bard risks life and limb himself in order to save Princess Caleigh from imprisonment. Two men in separate quests to save their own princess…that’s where the similarities end.

Unlike Link, who never asks for fame, fortune, or for ‘intimacy’ with the princess. Bard’s sole driving force for rescuing Caleigh is the promise of riches, and the promised reward of going “discovery channel” on her once she is freed.

Truly, the Bard has no honor, and he is not the prototypical hero. However, strange as it is, Bard’s mindset is more grounded in reality than Link’s ever was.

The Bard Quickly Became a Favorite of Mine

Bard’s demeanor towards challenges resonated with me. At one point the Bard complains about how silly it is to have to fight a bunch of cannon fodder enemies in a dungeon before fighting a boss. To him, it is a waste of time when the boss could just fight him right at the start of the dungeon, thus making everyone’s job easier.

His complaint, a direct shot at the tried and true RPG gameplay convention of featuring long dungeons filled with puzzles and enemies that have to be conquered before reaching a boss, was more than valid.

The Bard’s Tale made fun of the games that I had grown up loving, and I found it incredibly hilarious.

Perhaps the most hilarious of all RPG troupes that the Bard’s Tale mocks is the “Chosen One” narrative. The way that the game did this was brilliant. An assortment of young men die in front of Bard throughout his quest. These young men die (in hilarious and funny ways) believing they are the “chosen ones”, only to be mocked after their tragic deaths by a group of trow (goblin like creatures) who sing a farewell “Oh It’s Bad Luck To Be You” tune .

To me, these instances were the funniest, and most memorable elements that the Bard’s Tale had to offer.

Aside from its wonderful (hilarious) writing, and voice acting, the Bard’s Tale doesn’t do anything beyond ‘Average’ in any other meaningful category. The game is an average hack, and slash action adventure RPG, that looked a bit dated even back in 2004 (it ran on Dark Alliance’s engine).

But its pedestrian nature didn’t and shouldn’t matter at this point, I still recommend a play through (the game is now on Xbox Game Pass). The Bard’s Tale was trying to be for Role-Playing Games, what Space Balls was for Star Wars: a full fledged parody. I believe that it succeeded.

The writing will be good enough to keep most players entertained while grinning throughout the silly adventure. The ending has a massive plot twist, and the player has ability to choose different pathways (for different outcomes).

The Bard’s Tale is not a ‘great’ game, but it is certainly a funny one, and that, at least to me, earns it a ‘must-play’ status recommendation if you have Game Pass.