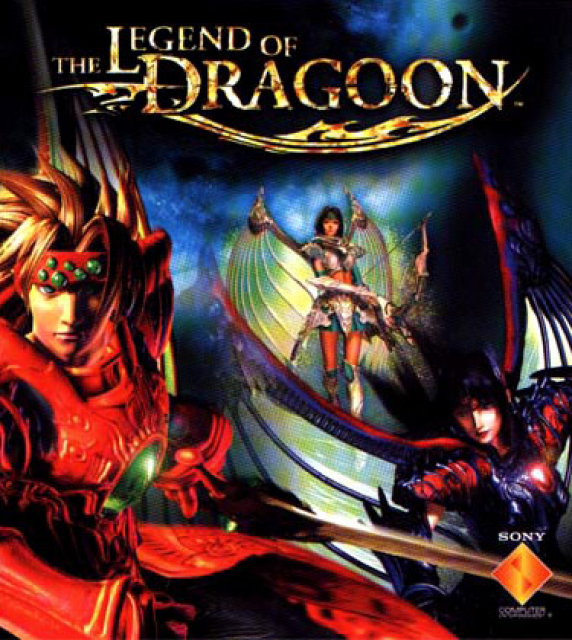 The Legend of Dragoon has been one of the strangest titles that I have ever reviewed. The Playstation Japanese Role-Playing game, released in the year 2000, isn’t a really a special RPG, but it is the one game that I felt was the definition of “Pedestrian” when I first reviewed it, and yet, somehow, it has achieved a sizable amount of popularity in the decades that followed.

To understand why I felt that the game wasn’t “good” back at the turn of the century, it is important to take into context what was happening to the JRPG genre at the time.

The Legend of Dragoon arrived at the literal peak of the golden era of its genre. I remember the game being sandwiched between Chrono Cross and Final Fantasy IX,  the aforementioned games are perhaps two of the top five JRPGs of that particular generation. Thus, The Legend of Dragoon had it rougher than most to impress during that era.

I could mention Vagrant Story to add further insult to injury, SquareSoft at the time was the undisputed mighty king of the genre, and the genre was profitable even for other publishers.

It shouldn’t be surprising then, that Sony itself would try its hand at developing a JRPG. Sony went with the Final Fantasy blueprint, creating a game with a 16 million dollar budget, and over 100 staff members (an extremely large labor force at the time). The Legend of Dragoon came out of such an effort.

The game emulated the PS1’s Final Fantasy Series so well that it copied its look down to the polygonal characters traversing beautifully pre-rendered environments, to the larger than life CG cutscenes.

Perhaps, that last paragraph describes the major issue that I  (and critics at the time) had with the game. The Legend of Dragoon seemed like a major effort to emulate Final Fantasy’s stunning financial success, and not a game designed to be a special RPG. All flash and no substance.

The graphics while technically outstanding for its time,  left much to be desired in terms of character design, only  Rose seemed original to me. Dart was an attempt at Cloud both in appearance and character. Shana was an attempt at Aeris, and so forth. Even the villain had the iconic silver hair that reminded us of a popular FF villain.

The story didn’t fare much better, while it had an interesting setting, the dialog was pedestrian and filled with grammatical errors. The music was mostly forgettable, and the even the gameplay seemed like it lacked a certain spark to carry things through.

The absence of a fully traversable world map, and disc swapping to revisit previously seen areas felt a bit archaic during an era where Squaresoft and others had excelled at crafting better experiences all around.

The one thing that I can recall being ‘good’ about the game was its take on combat. Additions made combat a sleepless affair (instead of a sleep inducing one), as you had to time certain button presses right in order to fill your dragon meter up, and transform into a Dragoon.

Combat was okay. But as you can tell by this short memoir, my time with the game was a forgettable one, though I still have a soft spot in my heart for Rose (the only character that seemed to have any originality in the game), and I guess, I can sort of understand why the game has achieved “cult classic” status over the last two decades.

If you are fan of the game, keep in mind that I played the Legend of Dragoon coming off Chrono Cross, and Final Fantasy IX. The former, was a stunning visual work of art, and perhaps, even more so, an aural masterpiece of unmatched proportions. The latter was the grand culmination of the Final Fantasy series grand run of its 32-bit lifecycle.

Few games, even if they had been of  the “very good” variety could have lived to those two masterpieces. And so, The Legend of Dragoon, being of average quality despite its grand production values was clearly seen by me for what it was: A grand attempt at a FF clone that had little substance to go with its flash.

The less said about Skies of Arcadia and Grandia 2 here, the better. The year 2000 was just populated with great RPG games that completely stomped all over The Legend of Dragoon. So, in a way, The Legend of Dragoon was a victim of the times, which explains its current popularity with younger players who might have missed the golden era of the genre.

The Legend of Dragoon can be impressive, if you have never played a PS1 FF game before it, but for someone who played dozens of RPGs during the mid to late 90s, LOD just seemed cliched, and average.

Before I get hated on, because of my take on the title, fans of the game have to remember that the game holds a 74 MetaCritic rating, which seems to be about what the game rightfully deserves. I recall that a reviewer in Electronic Gaming Monthly even gave the game a 5.5/10 score.

Quite simply, The Legend of Dragoon, when compared to its peers, did not stand out in any particular area (apart from visuals). Perhaps, the game is beloved by some these days because it was their first (or one of their first) JRPG experiences, but the fact that the game never spanned a franchise showed that even commercially it wasn’t the success that Sony had hoped at the time.

The Legend of Dragoon remains an interesting RPG for those looking to dive into RPGs of the golden era, and perhaps as a case study of how an average game can, with time, turn into a cult classic of sorts given the right circumstances.

The Never Ending Realm reviewed and rated the game a 6.5/10