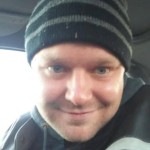 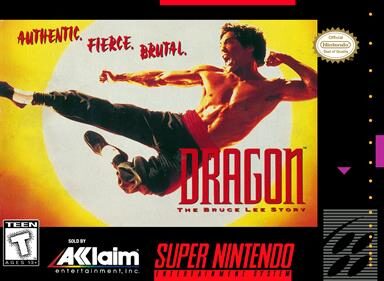 Dragon: The Bruce Lee Story
Dragon is a SNES game that is based on the movie by the same name which features Eric Lee playing the part of Bruce Lee. The video game offers little in the way of historical information but instead jumps right to the fighting after a brief introduction.
Using a combination of legend and fact surrounding Bruce Lee and his untimely death, the game has Bruce Lee, always running in fear of the demon who chases him through life, fighting a variety of people from the movie. Little of either the movie or the game has historical basis, and some of the fights in the game don’t appear in the movie. 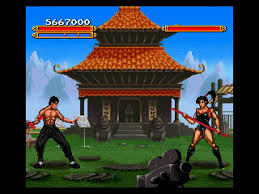 The music is the same through out, but although not bad, it gets boring. The fighting isn’t the best I’ve ever seen in a SNES game, but really folks, if the computer Bruce Lee that you control fought like the real one, that wouldn’t be much of a game as the fights would last only seconds and not minutes.
I think that the game’s writers should have weaved some more of Bruce Lee’s philosophy into the game (Bruce Lee had a college degree in philosophy). They would have also done better to have studied his fighting style and not the poor imitations of Eric Lee. I have studied Bruce Lee’s fighting style in depth and the game isn’t true to it. To be more realistic, the fighting system should be based around the right, strait punch and the right leg side, hook, and roundhouse kicks. The game should also let the player weave combinations together and get rid of the ridiculous squatting stances that you will end up using a lot. No one squats down and kicks or punches their opponent’s shins like they do in the game.
The game does allow players to use one wrestling move, a simple Judo throw, and stop kick. The stomp kick is the best part of the game. I also enjoy the crazy Bruce Lee yell that sounds like the real thing. When you get enough energy from beating up opponents, you can:
a) go to turbo mode and flip and kick and punch very fast, more like the real Bruce Lee.
b) if you have enough energy, pull out your nunchuku and beat some crap out of your mostly unarmed opponents.
Some major flaws in the game are that half way through, a group of opponents, scantily clad, Zena like warriors attack you with staffs on a movie set. They aren’t in the movie and they are harder to beat that the demon at the end of the game! I breathe a sigh of relief when I beat them. Don’t fight the demon without nunchuku though, it ain’t pretty since he has a giant kwan-do (a Chinese halberd like weapon). He is kind of predictable and slow though and I beat the game in 2 weeks on the hardest level. It only takes around and hour of play to beat it if you are good at it.
I give game play a 8.5
I give story a 6
I give music a 7
I give the awesome Bruce Lee yells a 9.5
I give the fighting an 8
I give it an 8 over all.