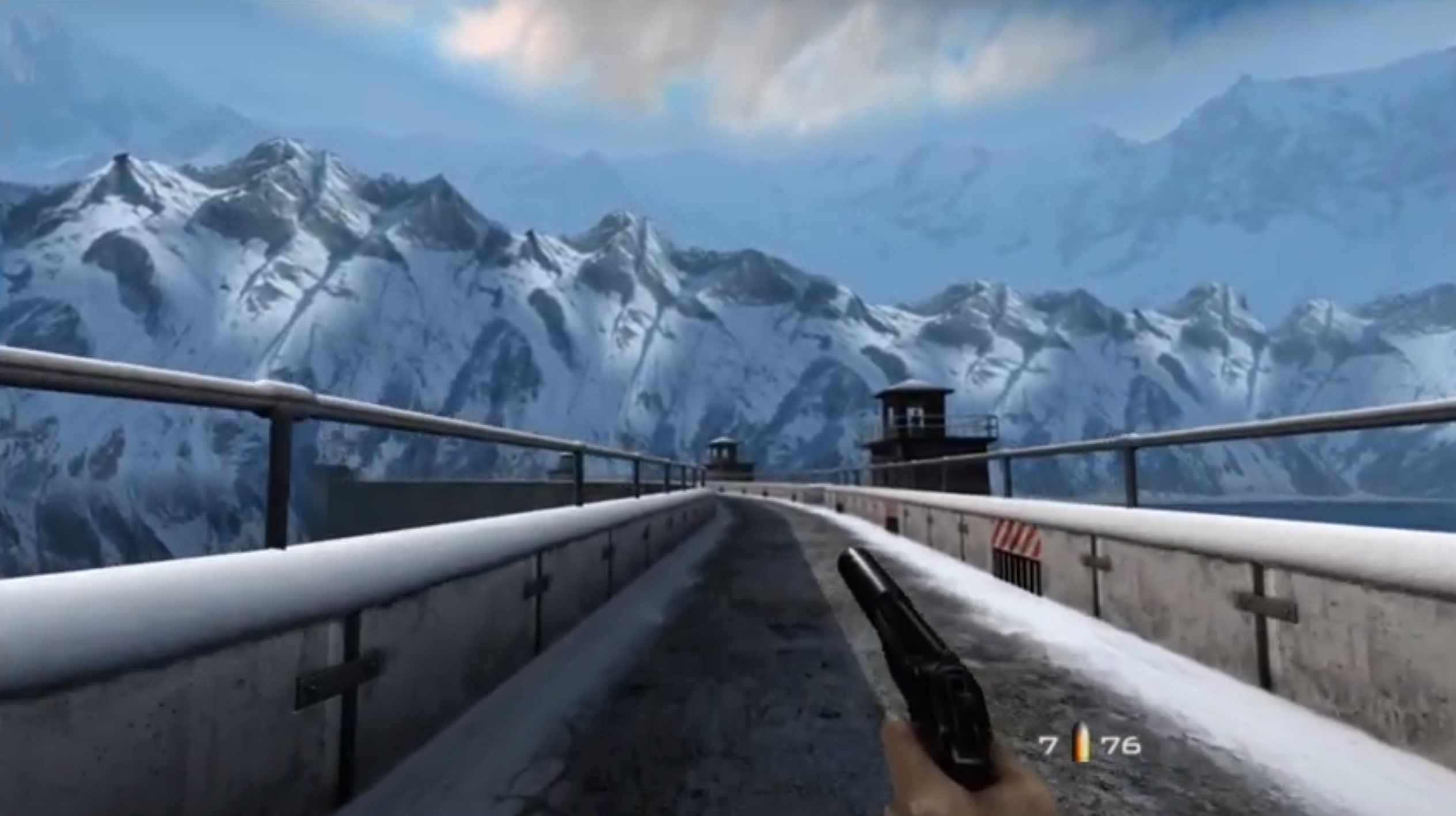 A few days ago, the world got play a 2007 Golden Eye HD Remake/Remaster, via a leak. The game never saw the light of day as an official release due to legal complications concerning the game’s rights.

The leak has brought back a lot of interest in the details of why the game project was undertaken in the first place, and why it was eventually canned. Social media reaction during the past week proved that Golden Eye is indeed beloved by the gaming community nearly 25 years after its original release on the Nintendo 64.

So, how popular is Nintendo and Rare’s iconic First-Person Shooter today? As it turns out, very popular. With over 230 million downloads in the span of a few days, Golden Eye is – likely – being played today by more people than it did back in 1997.

Golden Eye and the Nintendo 64

Nintendo had the video game rights for the film franchise in the 1990s, and they handed Rare the task of crafting a game based around the property. At first, Rare started working on a 2-D game for the SNES, but quickly changed their approach towards a “Virtual Cop” inspired shooter for the Nintendo 64.

The final product would turn out to be one of the most revolutionary first-person shooting games of all time. Golden Eye arrived in 1997 to stellar sales, and massive critical acclaim. The game featured the most realistic visuals in the market, and unlike Doom, stages had objectives and missions that had to be accomplished in order to move the plot forwards. Mission variety was largely dependent on the difficultly setting that players chose to play the game with.

Perhaps, the most important addition that Golden Eye brought to the FPS world was the ability to play 4 player split screen deathmatches. The game, and the N64 quickly became favorites to play amongst friends at home, and in the college dorm.

While the Nintendo 64 began to lose ground to Sony’s PlayStation 1 in 1997, Golden Eye’s sales kept the system afloat. Rare’s most prestigious Nintendo 64 game went on to sale 8 million copies, and to attain a 96 Metacritic score.

Along with Mario 64, and Ocarina of Time, Golden Eye was one of the most important games for Nintendo and the video gaming industry in the early days of 3-D.

Why Rare and Microsoft Employees worked on a Remaster

Ironically, at least according to Goldeneye XBLA’s co-project leads Mark Edmonds and Chris Tilston, it was Nintendo that first pitched the idea.

In 2007 [Rare founders] Tim and Chris Stamper had left Rare and without their protective blanket the game we were working on at the time was shuttered. From my perspective, I felt a bit of a responsibility for the guys that followed us. We had a contact at Microsoft who said, ‘there’s this opportunity where Nintendo want to release GoldenEye, and in return you can do whatever you want with GoldenEye on Xbox’. It seemed like a really good opportunity to give the team something to get stuck in to, because we were only a small team of eight. – Chris Tilston VGC interview.

Thus, this small eight-man team began to work on the game and had it almost finished when the project was canned. Why was it canned you say? It seems that the person from Nintendo that contacted Microsoft – through Ken Lobb – about remaking it did not had the approval of Nintendo’s execs for the Golden Eye project.

The original pitch was that they (the guys at XBLA) were to remaster the game for the Wii, and as a byproduct, Nintendo would allow Microsoft to release the game on Xbox. However, it seems that when the big decision makers at the big “N” found out about the project, they weren’t too happy about it.

From our side, we just heard that one group didn’t want to do it anymore – or was unhappy that the game that they believed originated on their platform was going over to Xbox. I can understand it. If you look at it from a purely mechanical point of view, Nintendo paid for the game originally for their platform – it wouldn’t have existed without them. – Chris Tilston VGC interview.

There you have it. Nintendo was the one that pulled the plug, which isn’t all that surprising considering how strict they are when it comes to their IPs, and anything related to their games.