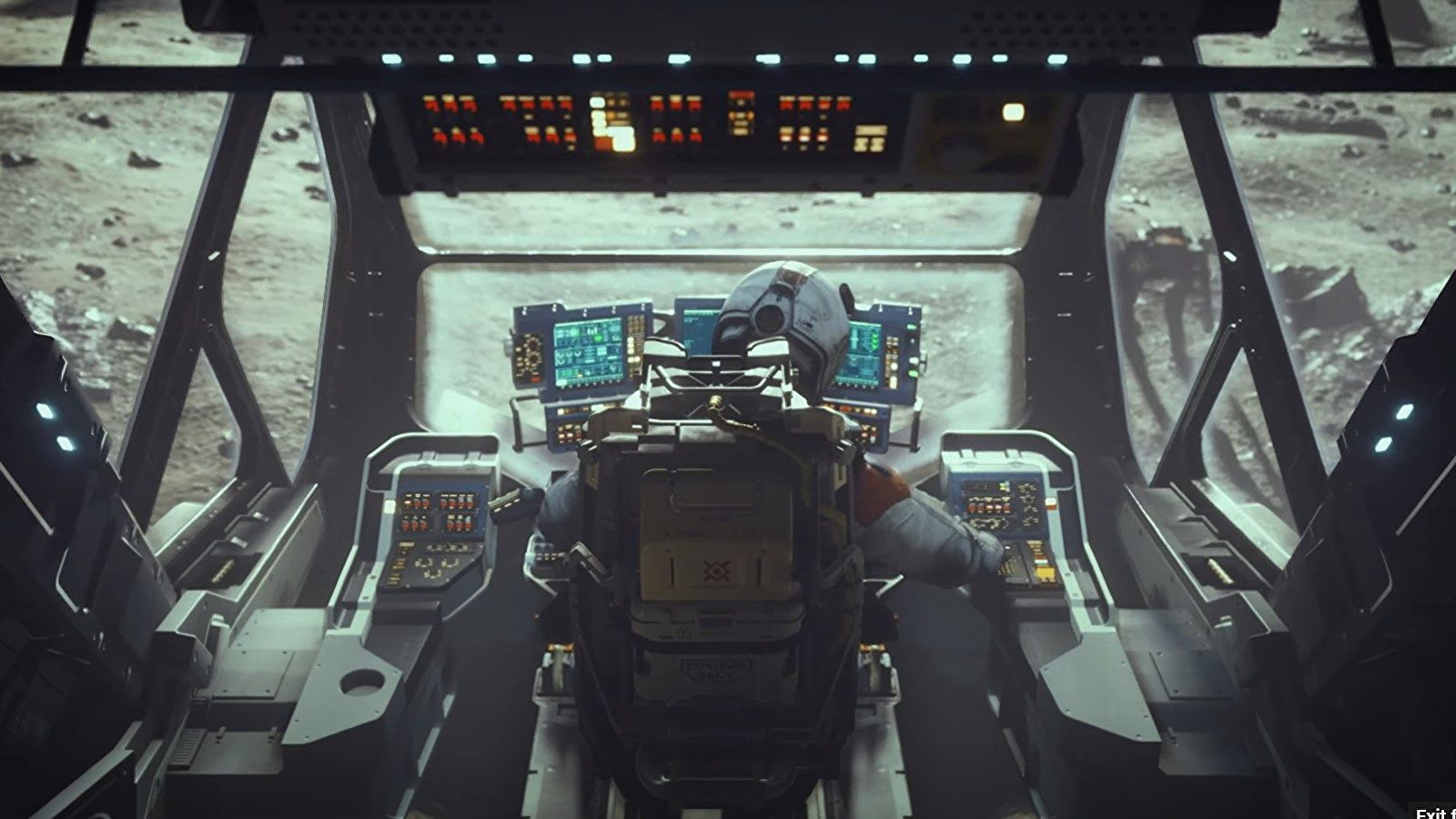 Bethesda’s next big AAA RPG is not the long awaited Elder Scrolls 6, but Starfield. The game is a futuristic RPG set in the vastness of space.

That’s not to say that most of us are not excited about the game. On the contrary, Starfield looks like one of the most promising Bethesda undertakings (outside of the Elder Scrolls series) since Fallout 3.

A Good Reason to Invest on an Xbox Series Console

When the news of Microsoft’s acquisition of Bethesda/ZeniMax first broke, many gamers were hoping that big games such as Starfield (and the next ES game) would make an appearance on the PlayStation 5.

We have long theorized here on the site, and on our Never Ending Realm news cast (see our Youtube Channel) that non-exclusivity for these titles would be counterproductive to Microsoft’s long term plan.

Microsoft’s 7.5 billion investment in Bethesda was an effort made in hopes of greatly expanding its exclusive game catalogue in order to match (and eventually surpass) Sony’s own excellent output.

Basically, Microsoft wants to make the both its Game Pass subscription service, and its Xbox line up of consoles an attractive purchase for gamers everywhere.

Starfield is the first big step in Microsoft’s plan for Bethesda’s AAA games, and the game is looking like both a console seller, and Game Pass Subscription booster.

According to Director Todd Howard on an interview with the Telegraph:

It’s like NASA meets Indiana Jones meets the League of Extraordinary Gentlemen, a group of people that are still searching for answers. There are a lot of factions in the game but that’s the main one that you’ll become a part of. It’s kind of like Skyrim in terms of the structure of the game, where you’re going to be who you want to be, and then there’s different factions that you can join, and really carve your own path. – Todd Howard

Being that Skyrim remains wildly successful to this day (nearly a decade after its original release), it is not unexpected for the Bethesda’s next big RPG to expand on its template. We have had Space RPGs like Mass Effect, but I fully expect Starfield to be much bigger, and much more open ended than BioWare’s effort.

The trailer shows an incredible amount of attention to detail, and what looks to be an improved (and newer) version of the company’s Creation Engine.  Everything from the exterior of the spaceship to the inside of its cabin, is meticulously crafted. That level of detail shows that Bethesda has properly thought about every facet of space ship design and how it will evolve over the next 300 years.

Needless to say, I like what I saw in the new 2 minute trailer, and it only helped to increase my anticipation for what Bethesda has planned for this game, and  for (what I assume is) its next big project in The Elder Scrolls VI.

Starfield is slated for a November 11th, 2022 release, which interestingly marks the 11th anniversary of Skyrim. This is by far the longest span of time that we have been without a new Elder Scrolls game since its inception back in 1994.

If we factor in that Starfield will have taken a five year development cycle by the time that it is launched (development started back in 2017) the prospects for ES6 to make it to shelves before 2024 are unlikely.

Unless Bethesda is already working on ES6 secretly, it is not a stretch to think that the Elder Scrolls VI will not see the light of day until 2025-2026.

Microsoft and its Bethesda Exclusives

Starfield’s launch scheduled for the 2022 winter (holiday period) will be significant in Microsoft’s efforts to move Xbox Series units, and in upping its Game Pass Subscription members.

By then, hopefully, there will no shortages of Xbox Series X and PlayStation 5 consoles. With console production finally supplying its demand we shall see what impact the first of Bethesda’s AAA RPGs will have on console sale numbers.

Given what we know so far, I fully expect The Elder Scrolls VI to follow a similar blueprint as an Xbox, PC, and Game Pass exclusive.