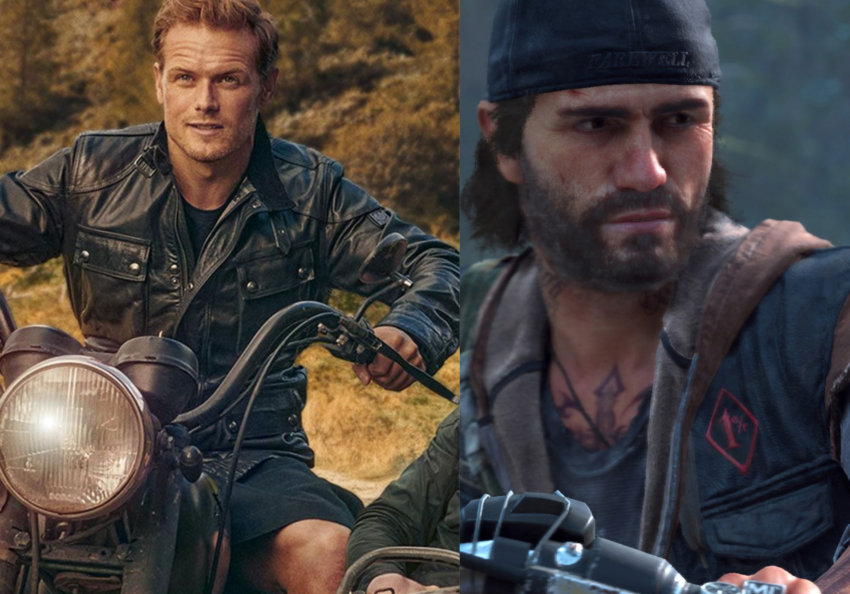 Sony prides itself on PlayStation being the home to the best exclusive games (85+ Metacritic ratings), and we have seen them turn their back on potential franchises before when they didn’t meet critical and commercial expectations (Legend of Dragoon comes to mind). In that context, one can see how Days Gone is not one of Sony’s darlings.

Reportedly, Sony, Despite “Great” Sales, Shut Down a Pitch For a Days Gone Sequel

The entire ordeal for Bend (an in-house Sony Studio)-and Days Gone the game, stems from comments made by the game’s director, Jeff Ross, after his departure from the Studio (he now works at Crystal Dynamics) after Sony’s management had shut down his pitch for a Days Gone 2 game.

Ross did not take Sony’s treatment of Days Gone well, and mentioned that Sony executives always talked about the game in a negative light and considered it a “disappointment” despite the fact that the game sold over 8 million copies by 2020 (according to Ross).

Those numbers, even if true (some reports suggest a much lower, but still impressive sum), are a bit misleading. Ross, unlike his co-Director, John Garvin, seems to be a bit of an idealist, and he neglected to mention that the bulk of those sales came in at bargain prices.

John Garvin would shed clarity on this issue when he famously stated in David Jaffe’s YouTube channel that, “I do have an opinion on something that your audience may find of interest, and it might piss some of them off. If you love a game, buy it at fucking full price. I can’t tell you how many times I’ve seen gamers say ‘yeah, I got that on sale, I got it through PS Plus, whatever’.”

Garvin made a strong point in stating that most gamers do not think about the negative consequences (for a title and its developer) when purchasing games “on sale”, as opposed to at full retail price. The profit margin for those games is significantly reduced when purchased in this “bargain bin” way.

Ross contends that Sony celebrated Ghost of Tsushima’s 8 million sales milestone as an achievement, because Metacritic has ranked that game at an 83 average rating, as opposed to Days Gone’s poorer critical reception average score of 71.

The reality is that Sony (and every other publisher) cares a lot about Metacritic scores. Everyone wants to make quality games, but this is mostly because positive critical reception leads to stronger sales.

Basically, the biggest reason for Ghost of Tsushima being green lighted for a sequel is that it sold over 8 million units at $39.99-$59.99 retail price. Days Gone pulled in similar numbers, but the bulk of those sales came in at the $9.99-$19.99 price range. That’s a big difference in profit.

Our own review of Days Gone gave the title a 7.5/10 which is a lower than usual score for a Sony exclusive title reviewed on our site. The game had issues but…

Jeff Ross’ biggest regret about Sony shutting down his pitch for a sequel is that he never got the chance to build up on the systems that were already in place from the first game.

I do believe that the pitched Days Gone 2 could have  continued to build on the good things that the first title did in order to deliver a more polished and enjoyable experience.

Days Gone had a poorly written storyline, which might have affected the voice acting. The game’s controls were clunky, and it had a bunch of visual glitches (some that were never resolved). But it did something better than any game that I have played since Resident Evil 3: Nemesis back in the PlayStation 1 days.

Days Gone has an atmospheric presence that few games can match. There are few, if any, anxiety driven moments within any form of entertainment that can match the tension of running out of gas in the middle of a rainy night in Days Gone. Having to leave the “safe” confines of your bike, in order to venture through the cold dark woods in hopes of finding a gasoline container before you run into a swarm of zombies is nerve-racking.

Forget the game’s cliche ridden plot, and its cringe worthy dialogue, the reason I kept playing Days Gone to its conclusion was my addiction to the  thrill of the game’s unique scary atmosphere. If Sony Bend could have tightened up the technical aspects, improved Deacon St. John’s ability to explore the world, all while delivering a solid storyline, there is little that could have kept a potential Days Gone 2 from reaching that coveted 80% to 90% Metacritic score range that would have finally given the franchise the respect and mystique of other more popular Sony IPs.

But alas, Sony seemed un-interested in the idea of keeping the franchise alive until now…

In a surprising turn of events, it was announced last week that a live action film based on Days Gone was in the making with Outlander star, Scottish actor, Sam Heughan, set to play the role of Deacon St. John.

It has to be a weird feeling for Jeff Ross, to have been turned down when he offered a pitch for a sequel to the game, only to have Sony resurrect the IP a few years later as a film. Jeff Ross, who has been very vocal about Sony turning down the pitch for the sequel, also decided to vent out his frustration for Sony (the PlayStation division) Pictures’ choice of lead actor in the casting for Deacon St. John’s role:

Absolutely ridiculous they aren’t casting Sam Witwer. He’s got the physicality, the right look, and he can motherfucking act. https://t.co/gwQp0FRDTf

John Garvin, agreed (in a retweet) with Ross’ sentiment, but movie studios and their executives don’t work that way. Sam Witwer, did lend its likeness and voice to Deacon St. John, and his acting wasn’t bad, but it was a level below what we have become accustomed to experiencing from Naughty Dog’s leads.

Bend doesn’t have the quality of writing that Naughty Dog does, so Witwer’s performance in Days Gone might have been hindered by that. He certainly has a long track record of voice acting and live action supporting roles.

His quality, in terms of acting, could be on par with Heughan’s. Truth be told, while I am a fan of Outlander (thanks to my wife’s insistence in watching that series together), in every other role that I have seen him in, outside of the aforementioned series, he has been a bit…uninspiring?

But Hollywood doesn’t care if someone can act or not. This isn’t the case here (I don’t think Witwer is necessarily better than Heughan, and vice versa), but what movie studios care is about “trending” actors. Heughan has been a “hot” actor ever since his breakout success as a leading man in Starz’s Outlander (a series which Sony Pictures owns). By contrast, Witwer has never been the lead of a successful franchise of that ilk, and my first contact with him came from playing Days Gone.

It basically comes down to this: Ask any woman (or man) from age 20-50 who doesn’t play games, but watches Netflix and other streaming platforms’ shows/films, and she/he is likely to know Sam Heughan. Sadly, the same cannot be said for Witwer.

Heughan has 3.8 million IG followers, Witwer 166,000. Heughan has been the beneficiary of “striking” gold in a successful series, and he has been marketed better than Witwer. Sony is looking to draw mainstream viewers into theaters (or perhaps a streaming platform) with Heughan.

It is how it works, and I am surprised Ross went out of his way to make a case for Witwer, given that he probably knows all of the above as well. However, I can see why Ross and Garvin would be disappointed at Witwer’s version of Deacon St. John being tossed aside by Sony.

As directors, they were heavily involved in lthe creative process of casting and working with Witwer throughout the game’s long development. Ross might have seen this (the casting of Heughan), as Sony sticking its middle finger at his creative decisions for one final time. Yes, Sony is “bringing” back Days Gone, but it is a Days Gone film that will look to distance itself from Ross and Garvin’s vision.

At the end of the day, we should thank our lucky stars that Sony’s favorite person in the whole wide world, Tom Holland, was not casted for the role. We really dodged a bullet in that one.

Can a Days Gone Film Be Actually Good?

It is hard to say, the game itself was a collection of troupes from a plethora of Zombie themed films and television shows. The game was mostly a tribute to The Walking Dead, but there was some World War Z and I Am Legend thrown in the mix for good measure. Being that the game was already “Zombie Cliché Ridden”, one has to wonder what can the proposed film bring to the table that is fresh to the “tired” and true Zombie genre.

The game made its stand on a scary (tension) filled atmosphere, and I don’t know how the film could capture that, being that “you” are no longer the one running for “your life” in a passive entertainment medium such as film.

The movie will try to be a “love ballad to motorcycle movies” and a “modern day western” according to the initial report from Deadline. So, that seems to be the angle that Sony is taking with the live action movie.

The script is set to be written by Oscar nominee, Sheldon Tuner, which should be an immediate upgrade for the writing that was present in the actual game.

That said, it is hard to say if this will be a good movie, specially for fans of the game. Sony’s track record isn’t that good in ‘game to movie’ translations.

Uncharted was a disaster, in my opinion. However, the film grossed over $400 million at the box office, so I assume that Holland will have to grow six inches in height, get a deeper voice, and somehow grow a beard for the next installment in the franchise (okay, I will stop with the Holland trashing…but I love the Uncharted series too much to forgive Sony casting him as Nathan Drake).

What About Days Gone 2?

The good news is that if the film is a success (at the box office), there is no way Sony will turn its back on giving this franchise another spin. After all, the company spent millions remaking The Last of Us, even though the excellent remaster of the game isn’t even 10 years old, in the effort to “cash in” on the expected popularity of the upcoming HBO series.

The Legend of Dragoon fans would literally kill for Sony to do something similar (even an Anime film at this stage) with it, as it would give them hope of a continuation of their beloved game. So yes, there is hope for a Days Gone sequel, but those hopes are pinned on the film’s ability to grab a mainstream audience on theaters across the globe.

The downside to fans of the first game, is that a potential sequel will not be helmed by Ross and Garvin, and maybe the building blocks that they had established with the first title (that nerve wracking atmosphere) will be destroyed in order to start a reimagined take on the franchise.

Because Days Gone succeeded in certain key areas that are hard to replicate, and fell short in many areas that could have been improved by the original team on a sequel, I would hope for Sony to hire Ross, and perhaps, Garvin for one final Motorcycle run across good ol’ Oregon. Unfortunately, Sony executives don’t seem to work that way…