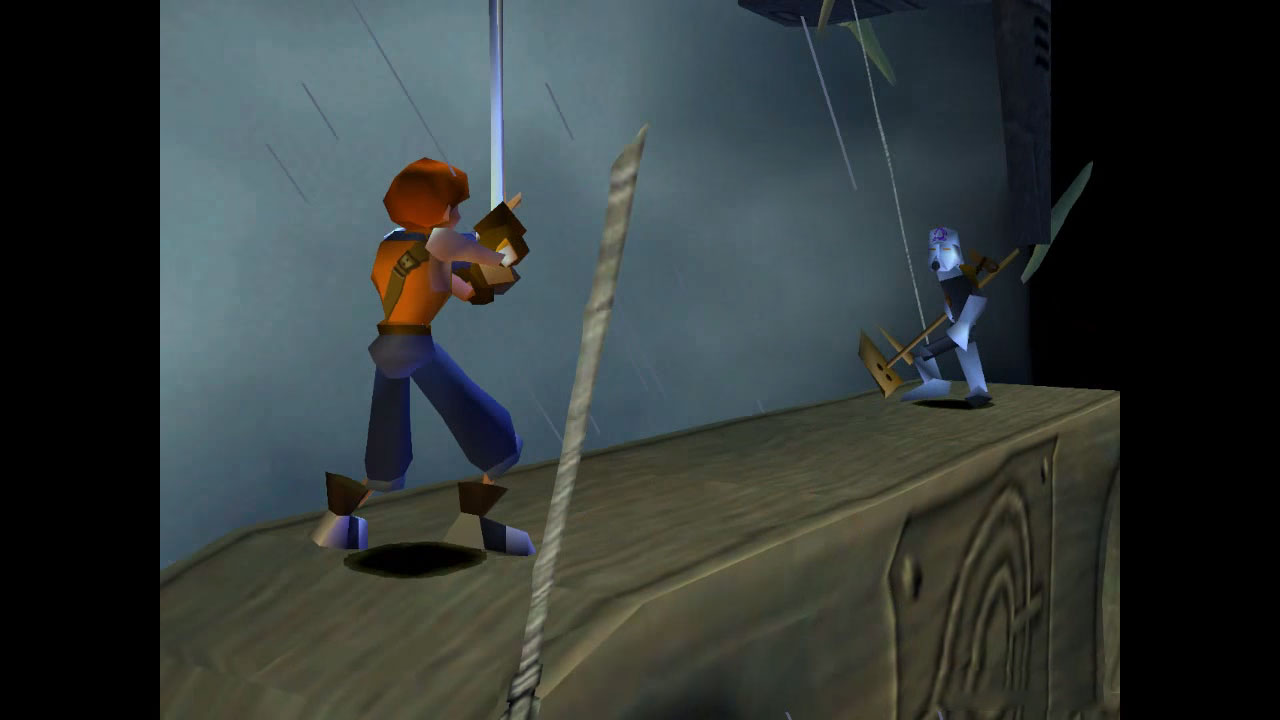 There is an old adage that states that movie sequels are bound to be a step down from the original films. The adage, doesn’t necessarily apply to video games, as many direct sequels are as good or better than its predecessors given the leaps in in technology, better understanding of game mechanics, etc.

That said, bad sequels exist in gaming. Some of these sequels, are not necessarily bad games, if they were to be judged solely on their own (without taking into account the game that preceded them). An example of this is Final Fantasy X-2.

FFX-2 was not a bad game, in fact, on its own, it is a pretty entertaining RPG, but I wasn’t happy with the mere existence of the title, as I felt that Final Fantasy X needed no sequel.

Alundra 2 falls in the category of a “sequel that Alundra didn’t need“, but it is also not that good of a game, in my opinion. Alundra 2’s quality is even more questionable when compared to awesome original.

Alundra 2 Has Nothing in Common With Alundra 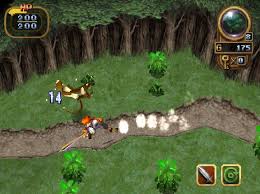 Now, I understand that some game franchises have games, and subsequent entries have nothing in common with preceding titles. The numbered Final Fantasy series is a perfect example of this. These games (except for the FFVII Compilation, FFX-2, FFXIII-2 and FFXIII-3) do not share universes, characters or storylines.

Curiously, even though the original Alundra ended with its protagonist (Alundra) ‘riding off’ into what one could assume were future adventures, Matrix Software (Developer) decided to ditch Alundra, and create an entire new world and cast of characters.

The new protagonist’s name is Flint, and the game takes place in a colorful (if humorous) setting (Kingdom of Varuna) that is not related to the first game’s land.

Even in ‘spirit’, both games couldn’t be more dissimilar. The only similarities between the two are that they are action-RPGs with a heavy emphasis in puzzle solving and, at times, complicated boss fights.

My love for the original Alundra is so great, and my disappointment for its ‘sequel’ so strong, that I have pondered (for decades now) the reasoning behind Alundra 2…being called ‘Alundra’ 2. Only one answer comes to mind: Alundra 2 was, perhaps, a different action-RPG project, and Matrix Software decided to slap the ‘Alundra’ name on the title in order to use that game’s (the original) good name in order to move more copies.

After all, the first game was aptly titled Alundra after its protagonist, and Alundra doesn’t exist in Alundra 2’s universe. Not all Action -RPGs are created equal, but even The Landstalker had more in common with Alundra, than Alundra 2 does.

If I overlook the heinous act perpetrated by Matrix in labeling this game ‘Alundra 2’, then I would say that Alundra 2 is quite average in every which way, but that it had a few challenging puzzles that did somewhat remind me of the original, if only for a few fleeting moments.

I can’t say that Alundra 2 doesn’t have good moments, it does, but it also has bad, if generic ones, that out number the good ones.

Alundra 2 is fully 3-D, but gameplay remains confined to a 3/4 top down view (except for in game engine cutscenes, and boss fights). In that sense, Alundra 2 loses some of Alundra’s 2-D charm and impeccable artistry. Matrix Software’s team worked for years on 2-D RPGs (same team behind the Landstalker), and Alundra was their ultimate achievement.

Alundra 2 would mark one of their earliest 3-D works and it showed in its simplistic visuals. Quite honestly, I would have preferred a 2-D sequel of the original (with Alundra as the protagonist) than what I received in Alundra 2, instead.

Alundra 2 does have some decent voice acting, and humorous dialog. In all honesty, I am not a big fan of the story here, as it is 1000 times more lighthearted than the dark (and awesome) original, though I can see how some of you might have enjoyed the characters and their, often times, funny exchanges.

Matrix, at times, made an effort to somewhat connect this game to their previous work by having our new protagonist, Flint, wash onto a shore where he is found by a villager (similar to Alundra’s own shore washing opening minutes). Other than that, it was very hard for me to feel any ‘Alundra’ vibes while playing Alundra 2.

Is it Worth a Purchase Today? 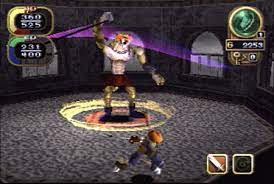 As a hardcore fan of the original, my answer is no. And yet, if you have no emotional or nostalgic ties to the 1997 classic, then I can see how you could find some enjoyment in Alundra 2’s funny, but lighthearted tale, and in some of its most challenging moments (which never quite reach the brilliance of its predecessor).

GameRanking has a 69 Metascore for the game, and that score feels about right. It is a pedestrian sequel when stacked against the original, but as a standalone game it is an average title that can be enjoyed by gamers with reasonable, if tempered expectations.

Stacked against its contemporary 3-D action RPG rivals, Alundra 2 fell flat when compared to The Legend of Zelda: Ocarina of Time, Majora’s Mask, and I dare say, that even Brave Fencer Musashi was a tad better than Matrix Software’s sophomore Alundra effort.

Keep in mind, that I feel that the original Alundra is the greatest 2-D Action-RPG ever made. Yes, even better than A Link to the Past. Thus, it is disappointed that Alundra 2 is far from the best action-RPG of its time, even when stacked against non-Zelda entries in the genre.

Just like the game’s villain, Mephisto, screwed (literally) a lot of people during the game’s run time, I felt screwed as an Alundra fan by Alundra 2. In the end, it is not that Alundra 2 is that bad, it just that the first Alundra was too big an act to follow.