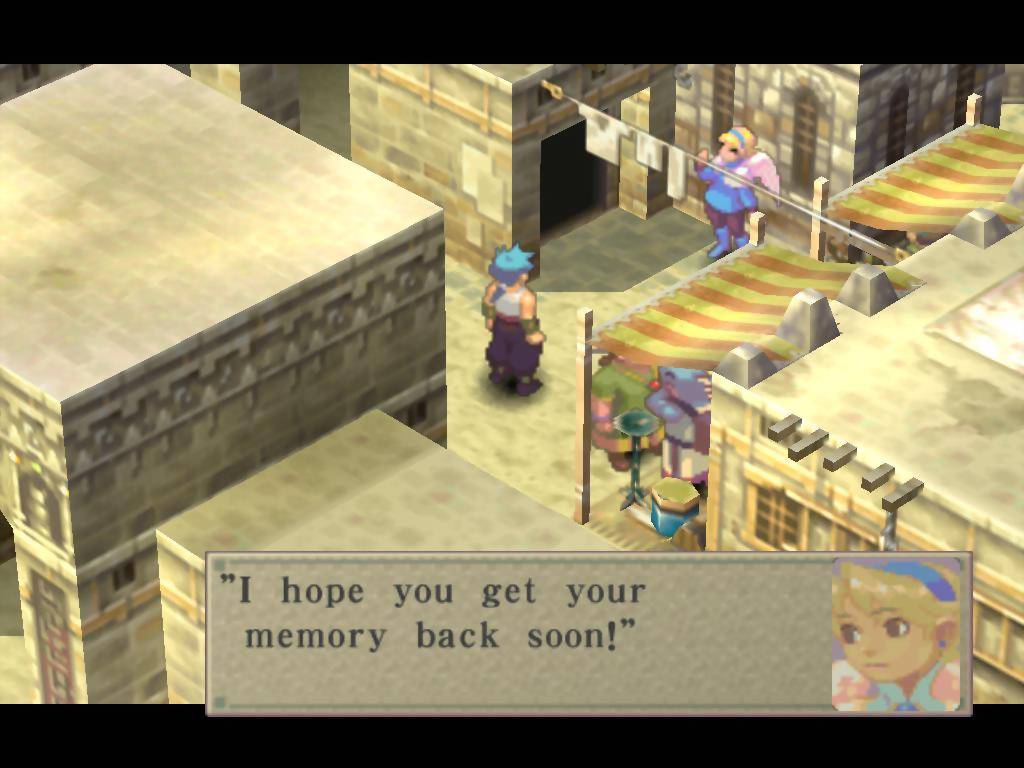 Breath of Fire III is often remembered (perhaps, rightfully) as the more legendary game of the pair of PlayStation entries in this series. However, I truly found myself enjoying, for the most part, Breath of Fire IV.

One of the reasons why I enjoyed Breath of the Fire IV, is that I didn’t approach the series as a “Final Fantasy” competitor in terms of production values. Given that approach, I quickly found Breath of Fire IV to be a game possessing an interesting tale with a polished combat system, and surprisingly good visuals.

Breath of Fire IV, visually, stood proudly beside Xenogears, and Grandia, as one of the best looking games utilizing a 3/4 top view camera over 3-D environments populated by 2-D sprites (for cast, enemies, and NPCs) graphic style.

This visual style was popular for PlayStation, and Saturn RPGs, and Breath of Fire IV did tremendous job.

Compare it to Dragon Warrior VII, and both games look nearly a generation apart, with BoFIV being the much (can I stress MUCH?) better looking game.

All in all, Breath of Fire IV, has aged well (compared to many of its peers) visually. The lack of voice acting, and an over world map might turn some players off, but at the time (20 years ago) I didn’t have much of an issue with this.

For starters, Grandia had done away with the over world map years before it (and was well received by critics), and clearly, Breath of Fire IV was a story driven, and (relatively) short adventure. 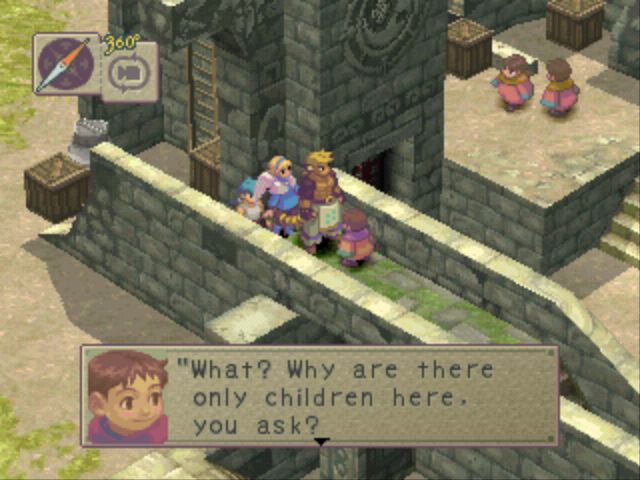 Well, nearly two decades later, Dragon Quest still used a silent protagonist in DQXI.  As you can imagine, back at the turn of the millennium, silent protagonists were not as big of an issue for me, as they are now.

But, Ryu (silent protagonist) was certainly devoid of personality because of this, and instead, the game’s playable villain, Fou-Lu, is actually my favorite character in the whole thing. In fact, while most of the play time (unfortunately) is spent following Ryu and crew, the few hours I spent with Fou-Lu is what actually made the game a worthy investment for me.

The game’s story begins with Nina, princess of the Kingdom of Wyndia, and Cray, leader from the plains-dwelling Woren clan. They are heading to the town Synesta for information on the whereabouts of Nina’s older sister and Cray’s love interest, Elina, who went missing weeks ealier. They run into an amnesiac (what a surprise!) named Ryu (who has he ability to shape shift into a dragon), and from there, they join forces with him in what predictably turns from a simple rescue mission into a world saving quest.

The game has two endings, a bad one (which favors Fou-Lu) and the good one favoring Ryu and friends. I felt, that Fou-Lu was more deserving of a triumphant finale, and to this day, that remains my favorite ending for this quest. 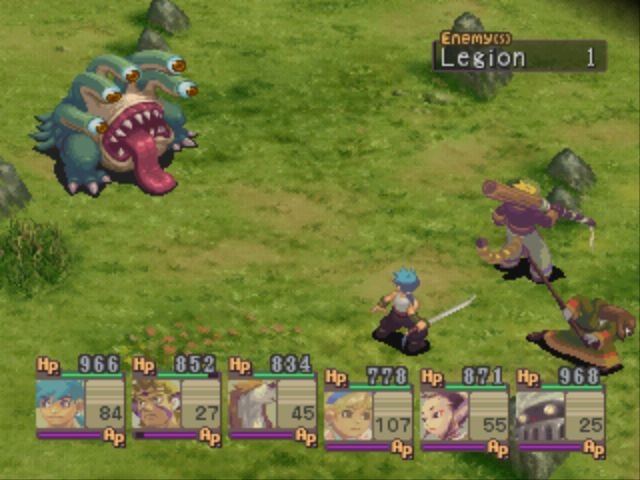 Because this title has little world exploration (given the absence of a realtime traversable world map). The main attraction in BoFIV’s gameplay system is battling. To be fair, you do need to scour the traversable areas in search of Masters, as characters can learn skills to be used in battles from them.

Breath of the Fire IV was one of the few traditional RPGs  that I can remember (off the top of my head) from that time period (before FFX), that allowed you to have your full party of characters in the battle field.

Only the three characters in the front row could perform attacks, but the back line trio of characters was always there, and characters could be swapped at will. This added an immense amount of strategy to the game, and success in the later battles really depended on how well you managed (and swapped) your characters during crucial moments.

There are some side diversions in the game, most notably a fishing game. However, after playing Ocarina of Time’s mother of all mini-games in its own incredible fishing game, I found BoF IV’s attempt at it, quite inferior, and uninteresting (though it seems that this fishing mini game has been a traditional mainstay on this series).

Is it Worth its Over $100 price tag on Amazon Today?

Well, the game is on PSN, meaning that PS3, Vita and PSP owners can play this for short change. However, is that is not an option for you, and you have a working PS1 or PS2 console, then a hard copy is the way to go. Honestly, unless you are a collector, die hard BoF fan, or you just really want to play the game, I would advise to avoid this one.

It was a good, but not great RPG, and there are better options from that era at around similar (and even lesser) price points. If you do decide to invest in this game, you will find a relatively short, but entertaining 29-35 hour adventure here.