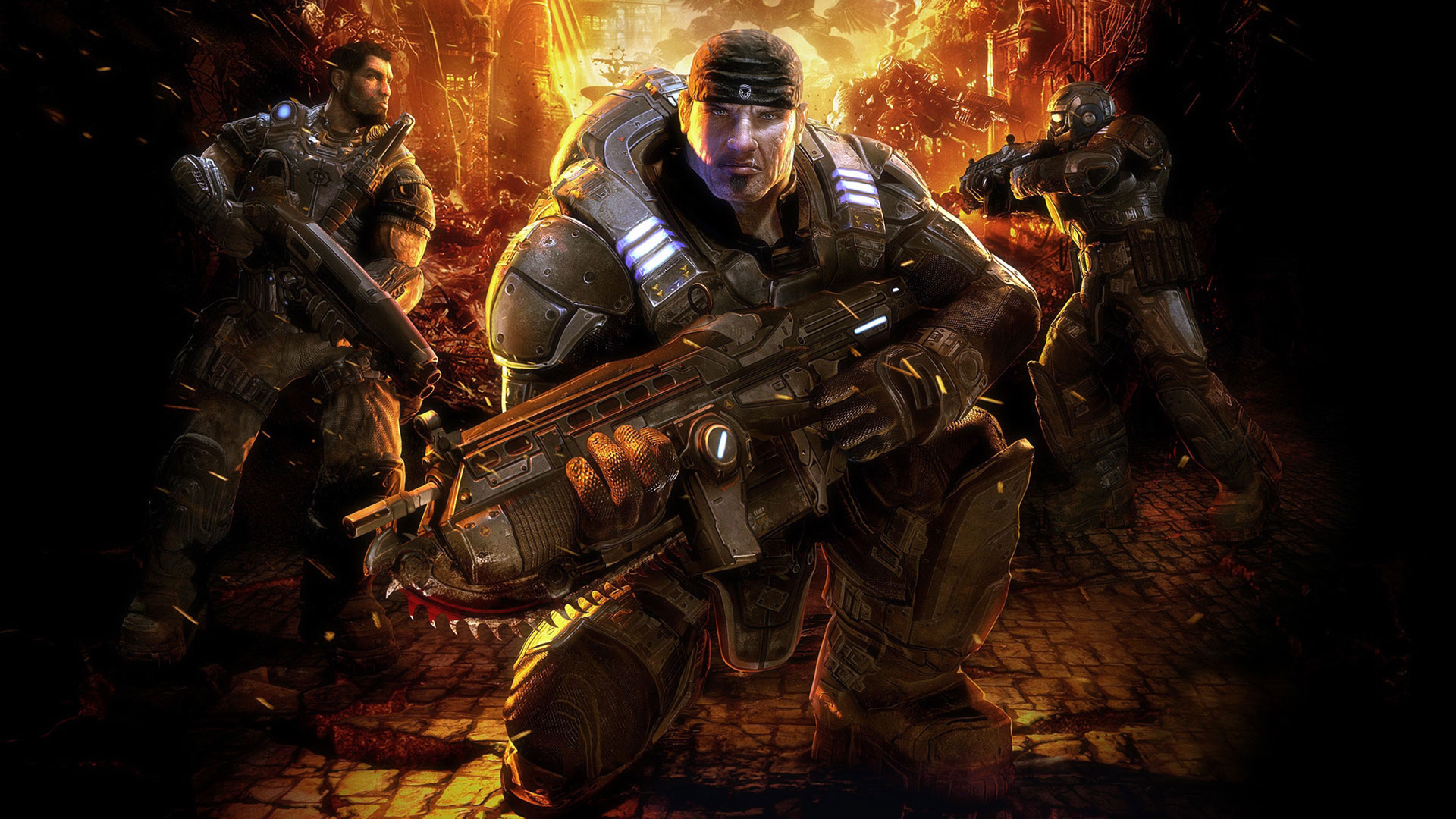 The Xbox 360, Red Ring of Death issues aside, continues to be Microsoft’s most successful home console of all time. It had a much better start than the PlayStation 3 (commercially, and in terms of software quality), and it ended up selling 84 million consoles to PlayStation 3’s 87 million.

For all intents and purposes, the Xbox 360 battled the PS3 to near ‘stand-still’.

When a new console arrives, we expect its games that look better than anything that came before it, thus justifying the costly price of admission for the system. The Xbox Series X and the PlayStation 5 are currently having issues with this, as great part of their catalogue is composed of cross-generational games (meant to be played on the PlayStation 4 and Xbox One).

At launch (2005), the Xbox 360 had an impressive lineup of titles, in terms of quantity. The disappointing Perfect Dark Zero was meant to be crown jewel of its lineup, but it fell short of its predecessor’s greatness. The Xbox 360 gained a bit of a reputation for being “not next-gen enough”, at the time.

The largest problem that the Xbox 360 had, was in convincing gamers that it was “that’ much more powerful than the previous generation Xbox, which was an extremely powerful machine itself.

Because Microsoft wanted an early head start over Sony, it launched the Xbox 360 only four years after its debutant system. The original Xbox felt, in many ways, like a bigger leap in technology over the PlayStation 2 (back in 2001) than the Xbox 360 or PS3 were over it (at least in the early going) years later.

I think the first time that I was truly impressed as in “man, the original Xbox can’t do something like that!” moment happened with The Elder Scrolls IV: Oblivion. Oblivion was a large open world game, with good looking character models and a lush (at the time) world with decent draw distances (again, think 2005).

The PlayStation 3 and the Power of Cell 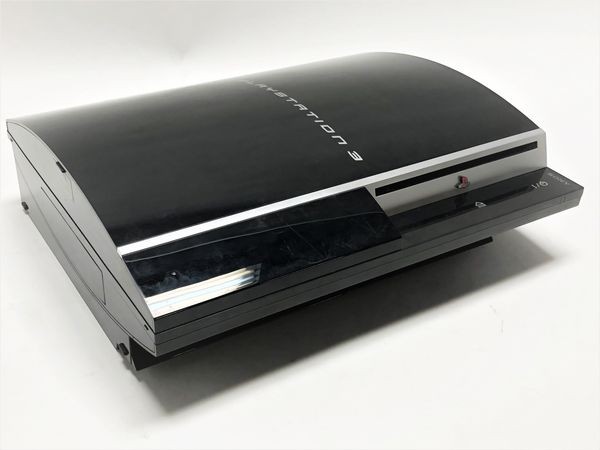 Conventional wisdom suggested that the PlayStation 3 would be more powerful than the Xbox 360 (news flash: in actual application it was not) based on the system being a year “younger”. Sony, made a huge deal about the theoretical power of its much vaunted Cell Processor.

Eventually, in another article, I will delve deeper into the Cell and its shortcomings (there is a lot of technical stuff to discuss), but for now, know that the Cell Processor was, in great measure, the ultimate white elephant.

Still, gamers and 150 million PlayStation owners had high expectations for the PlayStation 3, its hardware enabled back compatibility features, and Blue-Ray playback abilities right ‘out of the box’. The latter feature was a big deal back in 2006.

In reality, Sony followed the same successful blueprint that had enabled the company to control the market in a ‘no-contest’ manner during the PlayStation 2 era. The difference this time was that they had a more powerful machine, and Microsoft had taken Sega’s (Dreamcast) role (minus being bankrupt) as the early head starter.

What could stand in the way of another Sony ‘PlayStation’ dominating run?

Most of consoles have had a game that has ‘wowed’ me, at some point in time in their life-cycle. The Xbox 360 had Epic’s Gears of War. Running on the (then) impressive (and new) Unreal Engine 3, it was Gears of War (the game) that forced Microsoft into upgrading the console RAMs from a proposed 256MB to the final 512MB number.

Gears of War was an experience like none other, and it looked 100x better than Sony’s Resistance (its own launch crown jewel). Gears of War was an evolution of Resident Evil 4‘s ground-breaking over the shoulder perspective, but unlike Capcom’s slower paced game, Gears focused on fast gun and cover mechanics.

Epic knew how to make great first person shooter, and with Gears of War, it showed that it mastered 3rd person shooting as well. Gears of War also made strides in story telling and cinematic presentation for video games. In fact, I can’t recall a single-player action game that I liked more, at the time.

Sony wouldn’t have a comparable game until Naught Dog’s Uncharted 2 in 2009.

The Best Looking Game of All Time

Playing Gears of War on a 720p screen (in 2006) was the ultimate visual experience in gaming. No other game came close. Shadow and lighting quality was stunning. Texture and skin shading quality was unmatched. Gears of War looked, for all intents and purposes, a generation ahead of most PlayStation 3 and Xbox 360 games at the time.

The Xbox 360 quickly dispelled the notion that the PS3 was the more powerful machine with Gears, a game that set a new standard for visual fidelity, and it aided the system to succeed against its Sony rival. Gears of War looked so good, that it could have been a ‘bad’ game in terms of gameplay and storyline, and it would have still succeeded commercially because nothing came close to it visually.

Xbox Gets its Second Most Important Franchise 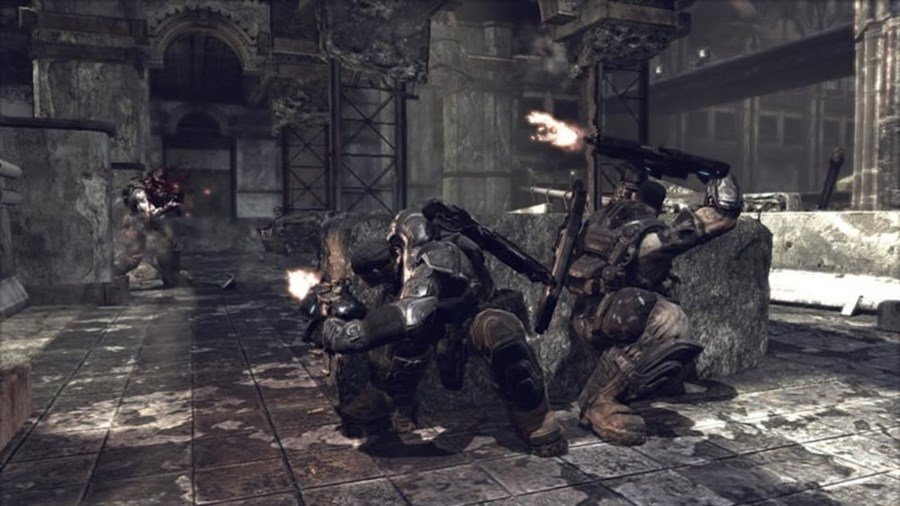 Fortunately for us, Gears of War played nearly as well as it looked, and had a well thought out universe and story line. Gears, in some ways, was even more fascinating than Halo in terms of its universe and premise. It featured a beautiful but broken world in which humanity faced off against an ‘alien’ threat from that had emerged from the depths of the planet into its surface. It couldn’t get any better than that.

The game also took inspiration from HBO’s awesome “Band of Brothers” WW2 series, and it showed in the camaraderie and charisma of its cast. Gears of War had an over the top War/Horror story, and it needed a believable cast of ‘hard-men’ to get us through the dangerous spots.

In truth, the cast looked more like “the ideal body building” Hollywood military vision of Army men, than what actual military men look like, but against the muscle bound and frightening Locust hordes, Marcus and company looked just right.

Different types of gameplay and challenges (who can forget the first time they ran into the Kryll) made for a constantly fresh campaign that, at times, soared higher (at least to me) than even RE4 in its finest moments.

A Game to Play With Friends

While Gears of War could be played Online on Xbox Live for hundreds of hours, I find that my most memorable moments came from playing the co-op campaign with friends…in the same room utilizing the split-screen mode. I really think that Gears’ ground breaking coop experience is what truly made the game the ultimate replay-able story driven campaign.

Taking down the last boss in the harder difficulties proved nearly impossible for me if the I played the game alone. Introducing a friend to the proceedings made things easier because a number of different strategies could be used instead.

The Best of the Gears?

While I like Gears 4, and loved Gears 5, I believe that original trilogy remains unmatched to this day, as it had the fresher premise and the much better cast.

Out of all the games, the slower paced, ‘more personal’ horror oriented Gears of War remains my favorite. The next two games got prettier (if you can believe that) and larger, but I still feel that the original remains the overall better experience to play, and I would highly recommend it today through Microsoft’s ‘back-compatibility’ program or in its Xbox One ‘Ultimate’ version.