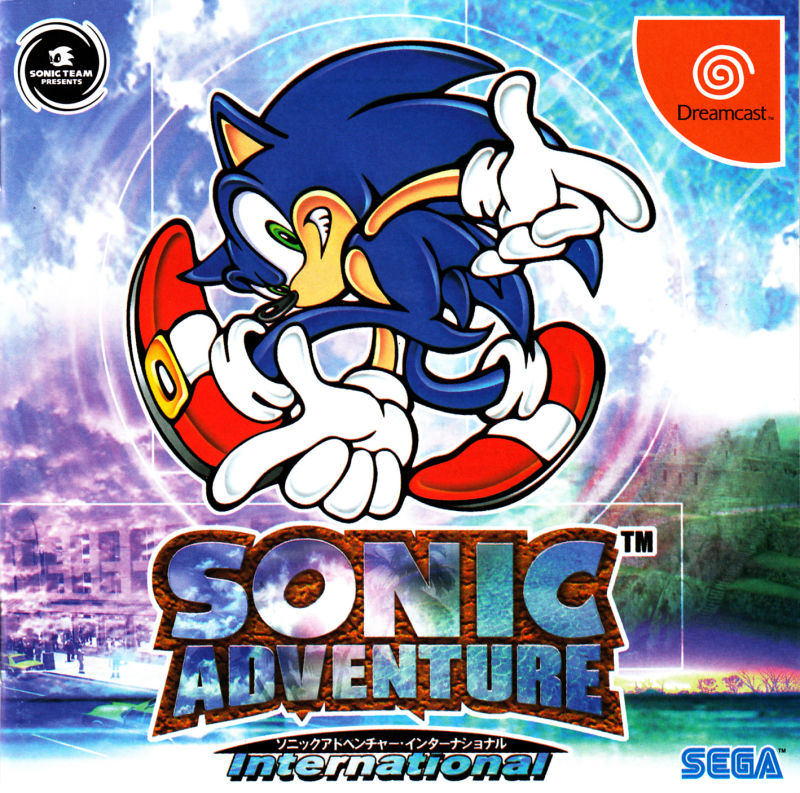 On September 9, 2021, Sonic Adventure will be a whooping twenty two years old (in the U.S.), and today, it is a perfect day to remember Sega’s first foray in to the 3-D arena with its premier Mascot.

Sega Had Issues Translating the Sonic Formula in the 3rd Dimension

Instead, the cancelled Sonic X-Treme project, developed by an American team, would be as close as Sega would get to a proper 3-D Sonic game ( as Sonic R was a racing game) on the Sega Saturn.

The Saturn’s architecture, notoriously difficult to program for, made it difficult for X-Treme to run well on the system’s hardware. Sega of Japan canned the game. Rather than to release something that would unfavorably compare to Super Mario 64, and Sony’s new comer to the genre, Crash Bandicoot, Sega decided to keep a full-blown Sonic 3-D game away from its struggling Sega Saturn.

After Sonic X-Treme’s canning in 1997, Naka and his team began work on Sonic Adventure, but were also kept at bay by the Saturn’s less than stellar 3-D capabilities, and the difficult to code for architecture.

Some of the work made in Saturn’s ‘Sonic Adventure’ would be present on Sonic Jam, the last Sonic themed game released for the ill fated 32-bit system.

Sonic Adventure Arrives Along with the Dreamcast

The Dreamcast was infinitely more powerful than the Sega Saturn, and it allowed Sega to develop a proper 3-D Sonic game. Sega hoped that Sonic Adventure would do for the Dreamcast what Mario 64 had done for the Nintendo 64 in 1996.

At first, Sonic Adventure did entice a lot of Sega, and Sonic fans to dive into a Dreamcast system. Critically speaking, the game was well received (rated with an 87 in GameRankings), but it was no Super Mario 64.

That’s that will be it for today’s summarized history lesson. This TBT section is usually reserved for my memories of the chosen games for each Thursday, and today is no different.

Graphics Save the Day!

Sonic Adventure might be one of the greatest examples where great graphics helped a game ‘feel’ like was is better than it actually was at the time of release.  Don’t get me wrong, Sonic Adventure wasn’t a bad game (it is actually my favorite 3-D entry in the series), but it wasn’t great either.

I did think it was great when I first played it though. The visual quality, when contrasted to the PlayStation’s or even the Nintendo 64’s games was truly a generational leap.

Sonic Adventure’s first level (the beach one) alone, showcased amazing water effects, incredible visual clarity, and smooth polygonal models that looked much closer to ‘reality’ than any video game’s visuals prior to it (I played Sonic Adventure before I played Soul Calibur).

Sonic Adventure was faster than any other 3-D platformer that I had played (the game ran mostly at 30fps, which was an upgrade from Nintendo 64’s mid 20’s frame rates that plagued most of its games).

Sonic Adventure also demonstrated the advantage of Anti-aliased 3-D graphics while using a disc based format (rather than a cartridge). Sonic Adventure’s visuals were as smooth as the N64’s best efforts, but with much higher-res textures which made wood, grass, and sand, for example, look closer to the real thing than it did on the N64.

The Dreamcast did all of this without any of the awful pixelation present on PlayStation games’ texture work. Sonic Adventure was truly stunning, at least visually.

Visuals Helped Me Overlook Flaws Within the Game

Sonic Adventure did not have the longevity of Mario 64, not even close. Apart from the Hub world, and the Chaos mini game (utilizing the console’s VMU memory ‘cards’), Sonic Adventure was mostly linear in its design.

The game’s stages did not stack up to Mario 64’s brilliance in that regard. The nature of Sonic’s ultra fast movement must have been nightmarish on Sonic Team, and the camera could really get out of hand at certain moments.

For all of the complaints that people had with Mario 64’s camera system (which was fine for me), Sonic Adventure did an even less stellar job at it. Even though its developers had the advantage of having a plethora of N64 games come before Sonic Adventure, with these games setting certain standards for camera placement and use, Sonic Team’s just could get their camera ‘right’ at certain spots.

When replayed today, I find Super Mario 64 a 9/10 game still. The brilliant level design, and its tight controls remain as they always were. Sonic Adventure on the other hand, while looking much better, once I get past its 1999 ‘wow’ inducing visuals, it just feels average to me.

A 6-7/10 game in all honesty. For me, it just doesn’t have the replay value of Super Mario 64, and even other N64 contenders such as Banjo-Kazooie, and Donkey Kong 64. Unlike Mario, Sonic has struggled to find its former 2-D greatness while on a 3-D plane.

Sonic Adventure’s visuals, music, heavy emphasis on storytelling, and its cast made it an 8-9/10 game back in 1999, but underneath its cosmetic appearance it fell short of its main mascot rival’s greatness. Sonic Adventure has since spawned a number of 3-D entries (sequels) that have consistently managed to rate lower than Mario’s own 3-D efforts.

For what it was (a launch killer app), Sonic Adventure accomplished its mission of selling early Dreamcast consoles on the strength of its stunning visuals. The novelty of seeing a full blown 3-D Sonic game on consoles attracted me to the system, as I had been a huge Sonic fan during my Sega Genesis days as a child.

Sonic fans were pleased (I know I was) by Sonic Adventure. Even though I quickly moved away from the game after completing it, Sonic Adventure was one of the early technical showcases for the Dreamcast.

I do find SA a better game to replay than its direct sequel Sonic Adventure 2. I still keep the game in my collection, and my four year old son loves the game (as he does all Sonic things).

While Sonic Adventure isn’t recognized as a ground breaking game, or even one of the greatest Dreamcast games by most (if we take its GameRankings score, it would not make the top 20 best DC games according to critics), it is the highest selling title on the system with 2.42 million units sold.

Considering the DC’s poor sales that number was impressive, and it showed that there was a huge market for Sega’s blue mascot, even though the iconic hedgehog skipped the Sega Saturn generation.

Sonic Adventure was a blast as a launch game, but in my personal of opinion, it was definitely a product of its time.