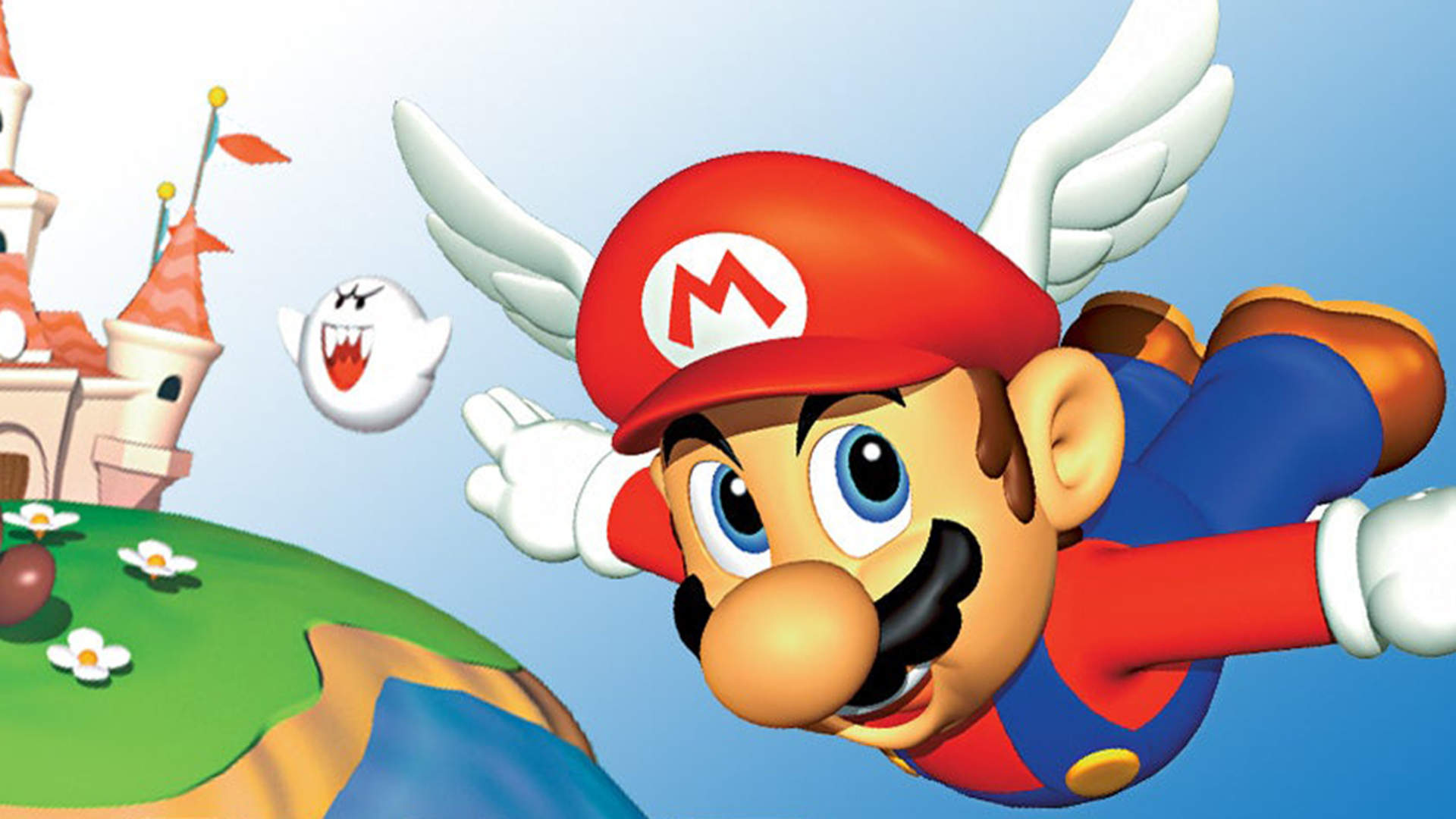 1996 was a magical time for an 11-year-old kid to be alive. Video Games were making the transition to 3-D from 2-D for the first time with the arrival of the 32-bit machines. The possibilities to a young mind – arriving at the peak of human imagination – seemed endless.

That said, to me personally, it was not a 32-bit machines that blew said imagination up. Instead, it was Nintendo’s SNES successor, the Nintendo 64, which really had me drooling over its Super Mario 64 screenshots in the magazine pages that I read at the local Pharmacy’s magazine stand while my mom waited to pick up her prescriptions.

The PlayStation would end up winning the console sales war in that generation. However, the truly special – if groundbreaking – games of the time period belonged to the Nintendo 64. A lot of Nintendo’s “revolutionary” edge was obtained by virtue of the Nintendo 64 being a more powerful machine than the PlayStation (and Sega Saturn).  The Nintendo 64’s 3-D capabilities were simply ahead of anything at the time including the PC. In 1997 3-D accelerator cards would quickly change that, but for a time at least, the Nintendo 64 was the gaming machine that ruled them all.

However, it was Miyamoto’s and Nintendo EAD’s brilliance that fueled the real “revolution” behind Nintendo’s 3-D titles. The PlayStation would eventually get some decent platformers like Spyro the Dragon, but only years after Nintendo and Miyamoto had written the book in how to properly make a 3-D game with their  debut effort Super Mario 64.

The PlayStation was a capable machine. It was developed with 3-D graphics in mind, even though it didn’t have the horsepower to create the fully anti-aliased gigantic worlds that developers on the Nintendo 64 – seemly – pulled off so effortlessly. In 1996 it felt like I had gotten the short end of the stick when I compared Crash Bandicoot to my cousin’s Super Mario 64 cartridge running on his brother in law’s Nintendo 64.

I was jealous of Mario 64’s wondrous magical land, which at the time, compared to Crash’s uninspired linear levels seemed was a huge leap forward. My heart would leap out of my chest in desperation every time I watched the Toys ‘R’ Us commercial where Mario swam underwater. Every time I brought the issue – of needing and N64 – to my mother, she would say: “You already have a PlayStation.”

In truth, I began to resent my PlayStation, even hate it. I had some cool games like Descent, Crash Bandicoot, Air Combat (the first Ace Combat), and Tekken. But even those games combined; a Super Mario 64 could not surpass.

I must have gotten lucky when in one of our weekend visits to my uncle, my mom sat down to watch me and my cousin play Super Mario 64. She must have noticed the same large leap in “Magic” and just right-out technological progress when she watched us play, because on our way back she said to me: “Your aunt needs her fence painted, she will pay well for that.” My eyes lit up before she continued, “I will complete the remaining balance for the Nintendo 64, but you have to start saving now.”

I don’t know if I ever got more excited about the prospect of painting anything (as a job) as I did in that moment. Magical times, indeed.

Nintendo 64 games were expensive, so my first experience with Super Mario 64 (on my own N64) came by way of a rented copy. Which was fine, at the time I was mostly only allowed to play on weekends and after sports practices once my homework was done. Either way, Super Mario 64 was everything I ever dreamed it would be, and more.

At the time I didn’t know much about texturing, and polygonal counts, etc. I just went by what my 11–12-year-old eyes told me. Super Mario 64 was far beyond any game that I had ever played in my life. When I was 4 years old, I had played the original Super Mario Bros., and The Legend of Zelda, etc. But nothing compared to playing Super Mario 64 for the first time.

The visuals were amazing. Exploring the castle, and entering every painting felt like a fresh experience every time. Super Mario 64’s controls were also perfect. Many complain about the camera, but at the same time fail to provide any contemporary examples of games that were as large, and did as much as Super Mario 64 that had a better camera (You can say Banjo-Kazooie, but we all know Rare just cloned the Mario 64 formula and made it prettier).

I always marveled at Alice in Wonderland. I must have been six, when I watched one of the older films, and it left an impression on me.  Playing Super Mario 64 was as close as I ever got to experiencing what Alice must have felt when she fell down the rabbit hole into a magical world. That’s the best description that I can give of the game. Super Mario 64 was not just a game for me, but a whole new world full of endless possibilities.

A Brilliant Game That Has Aged Like Fine Wine

Playing the game again through Nintendo’s recent Super Mario 3-D All-Stars Collection made me appreciate the game more than I already did. I found myself playing Super Mario 64 more than Sunshine and Galaxy.

Miyamoto and team delivered a masterclass in sand box level design back in 1996 that remains relevant today. I was immediately hooked on the ‘collect the star’ mechanic that dozens of games have emulated since. Curiously enough, the simplistic textures while not as impressive as Banjo Kazooie’s (Rare’s texturing work, given the cartridge limitations storage wise, is nothing short of impressive), have aged well in ‘HD’.

So has the game’s gameplay, though the Switch’s joystick isn’t quite as precise as the N64’s regarding this game. It is mind blogging how Nintendo got 3-D movement, and plain 3-D gaming “right” in its first try when other developers at the time were having massive struggles with it (Jumping Flash, and Bubsy 3D anyone?).

As always, I recommend playing Super Mario 64 in its original form, provided that you have a working N64, and can find a copy of the game. Otherwise, the Switch “remaster” is a perfect reminder of the greatness of what in my opinion is the most revolutionary game of the 1990s.