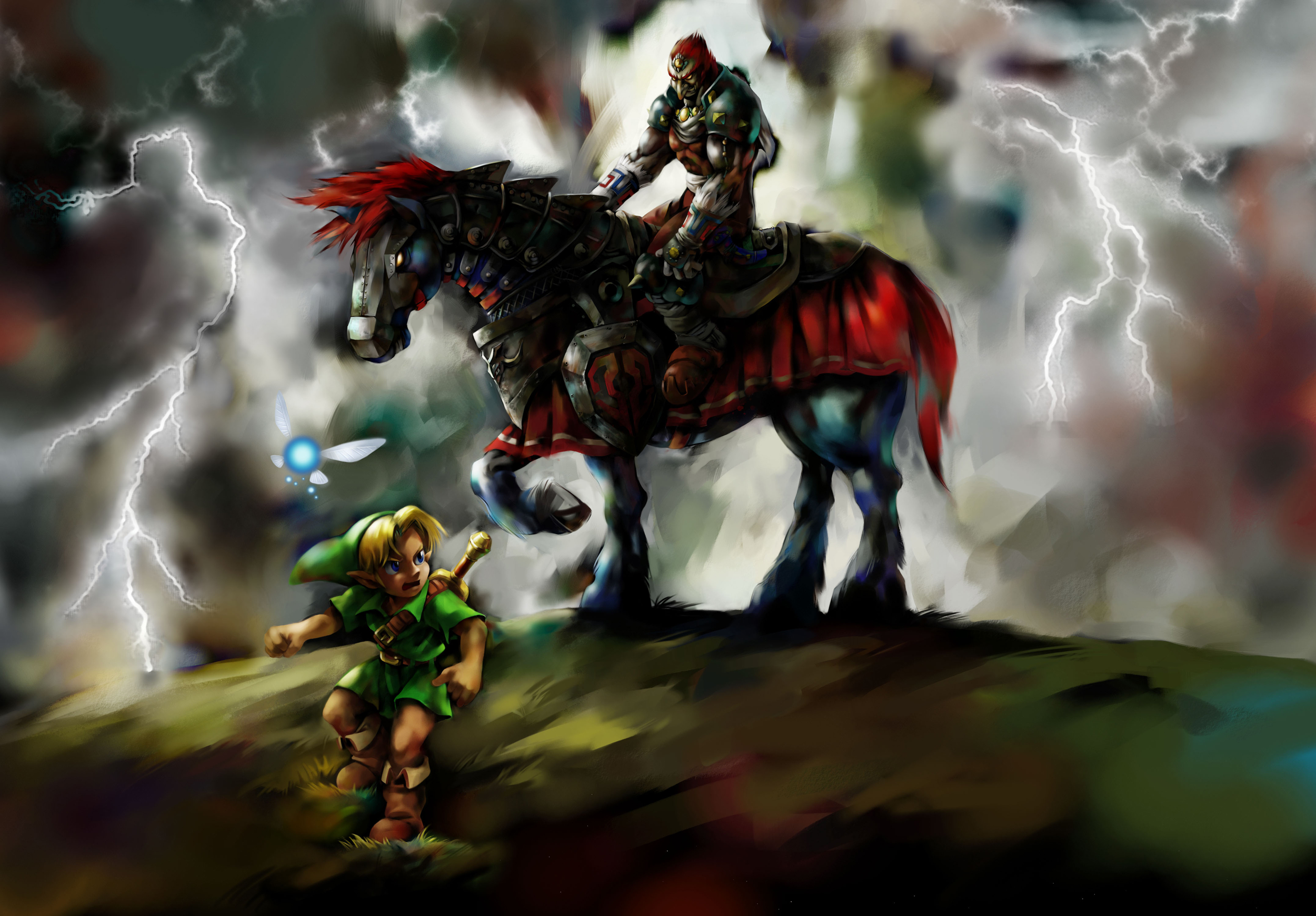 It is hard to believe, at times, but it has been 10 years since The Legend of Zelda: Ocarina of Time 3D graced Nintendo 3DS systems everywhere.  Ocarina of Time’s portable remake was the sole reason for my 3DS purchase, and I couldn’t have been happier with the results.

Ocarina of Time 3D: A Perfect Remake in Every Way

Given the way that Square Enix handled Final Fantasy VII Remake, which ended up being a sequel that re-visited some of the same events (the Midgar section) that took place in Final Fantasy VII’s original time frame, but in an alternate timeline created after the original game’s events, remakes have become a bit of a controversial topic, to say the least.

Should a remake follow its original game’s plot line? Should it take place in alternate realities in an effort to not spoil the original source material, instead? Can a remake be both a sequel and a remake, all at once?

Essentially, however, Resident Evil 2 tells the same story that the original did. The changes made it more engaging thanks to better writing, polished gameplay, cutting edge visuals and modern cinematography. RE2 Remake has no time travel, or alternate reality shenanigans, only massive improvements to its visuals, and style of play.  This is, in my opinion, the way that a 20 year old (and older) game should be remade.

Nintendo took a different (but equally reverential) approach towards Ocarina of Time‘s 3DS Remake. Nintendo’s (and Grezzo’s) job was made slightly easier than that of Capcom’s as the 3DS was only a generation ahead in terms of hardware power in contrast to the Nintendo 64‘s own power.

Nintendo recreated an exact copy of the original game (which was as close to perfection as Action-RPG/Action-Adventures got) but with spruced up visuals, and convenient ‘quality of life’ improvements. Most of these improvements were brought about by the 3DS’ dual screen setup which features touch screen functionality in the system’s bottom screen.

Basically, Ocarina of Time 3D in 2011, was the same game that I played back in 1998, but with “GameCube” era graphics, a higher frame-rate  (30fps), the 3-D stereoscopic effect, and improvements in item management, and accessibility. This last improvement is more noticeable in the game’s dreaded Water Temple (though I thought the original version of it was fine).

Grezzo’s greatest trick was noticeably updating every single texture, and polygonal rendering in the game, but fooling my mind into thinking that “this is how I remember the game looking!”. The reality of the situation is that Ocarina of Time 3D looked just like I remembered the original game’s concept art looking, instead.

There are reflective surfaces where there were previously none (The Temple of Time), and certain pre-rendered backgrounds of the original game (Market Town and some interiors) are fully rendered in three dimensions, even if these areas kept the N64 version’s camera angles (points of view) in order to remain truthful to the original masterpiece.

All of the polygonal characters received a bump in polygons, and Link looks fantastic. Ocarina of Time 3D looks closer to that legendary Nintendo Space World 2000 Demo that showcased Ocarina’s Link fighting Ganondorf. It took 11 years, but hey, better late than never, right?

The 3D effect served to drive home the massive size of some areas ,like Hyrule’s Field, better in my opinion. Ironically, more often than not, I found myself playing with the 3D effect turned off. The game loses resolution and visual detail when the effect is on, and it does get heavy on the eyes after a few hours of play.

I only have two complaints about the 3DS Remake, and these are personal nit picks more than anything, as Ocarina of Time 3D remains one of the best visual showcases of Nintendo’s last dual screen handheld. The first of these nit picks would be the game’s lighting. I preferred the darker, and moodier look, I made for an eerie atmosphere in the 1998 game that I felt was missing in the 3DS version.

Lastly, I think Ocarina of Time could have looked much better on the 3DS given the system’s horse power, but I get that artistically speaking, Grezzo was shooting for a very familiar look and feel, and any drastic change could have ruined that particular vision.

But Does it Play Better?

Unlike Majora’s Mask 3D, Ocarina of Time remains a “one analog stick” game. This makes it an awkward play for gamers used to modern ‘dual stick’ 3-D games. Other than that, the game feels very good within the 3DS’ control set up.

The fact that the game runs at a solid 30 frames per second (as opposed to the original’s 20fps), makes the remake the most fluid (legal) version of the game. However, I still prefer the controls of the N64 version over this one.

Nintendo had a way of making its first party titles fit perfectly within the design of its N64 controller, and the lack of rumble features in the 3DS hurts the immersion a bit. The 3DS’ stick just can’t match the precision of the N64’s joy stick. I found the numerous first person shooting challenges to be a bit more difficult in the 3DS version than I did in the N64, 13 years earlier. The Gyroscopic/motion “aiming” never felt quite right to me. However, not all of the aspects of the gameplay in the 3DS version are inferior to its N64 counterparts.

For example, item management is much easier, and quicker now, thanks to the second touch screen. The fact that you can change in and out of the iron boots without having to pause the game, at times, to equip it, will make the Water Temple a more joyous experience for those who couldn’t get into it in the original game.

Perhaps the most important addition to the game is Master Quest. This mode is a more difficult version of Ocarina of Time in which the world is flipped (mirrored), and the dungeons are rearranged. It is a much tougher game to master to 100% and it should keep seasoned Ocarina of Time pros busy for hours on end.

My first experience with Master Quest came in the form of the collectors disc that I received when I pre-ordered the GameCube’s The Legend of Zelda: Wind Waker back in the early 2000s. It is nice, however, that Nintendo and Grezzo saw fit to include the game within this remake. Master Quest’s inclusion adds value to what already is a robust offering on the 3DS.

My Favorite Way To Play, and What About a Proper Switch Version?

I have to say that given the visual upgrades, and the frame-rate boost (plus portability) the 3DS version is my favorite way to replay Ocarina of Time these days (much better than the abomination that Nintendo released on its Switch Online Service). I miss the Nintendo 64’s controller and its rumble pak, but the positives in the 3DS Remake outweigh my personal preferences in terms of controls.

However, the Nintendo Switch will likely reach the 100 million sales milestone by the time that 2022 hits, and it feels that Nintendo has been extra lazy when it comes to its back catalogue of Zelda games, at least when it comes to ports. Apart from Skyward Sword HD, Nintendo has kept Twilight Princess HD and Wind Waker HD as Wii U only titles so far, even when it would make sense to bring them over to the Switch (how difficult could it be?).

The same thing has applied to Ocarina of Time, and Majora’s Mask 3D. These two games with boosted resolutions and improved texture work would sell a ton of copies on the Switch…even at Nintendo’s preferred price point of $59.99…each.

However, the more that I see the fan work done in the Ocarina of Time (Unreal 4 Engine) Remake on YouTube, the more I dare to dream the impossible. A remake with a modern Nintendo engine would be sufficient (how about that Super Mario Odyssey engine?) for me.

2023 will mark the 25th anniversary of The Legend of Zelda: Ocarina of Time, and I expect to see something done with it. Being a realist, however, I expect Nintendo to take its usual lazy approach and just port its Ocarina of Time 3D version with higher resolutions to the Switch.

Perhaps if they (Execs at Nintendo) feel charitable (and Nintendo is never charitable) both Ocarina of Time 3D and Majora’s Mask 3D will be bundled together…for a $59.99 “Anniversary/Quarter Century” Edition, or something along those lines.

The Legend of Zelda: Ocarina of Time 3D can be found for a very manageable $40 new on Amazon these days. So, if you have never played the game before, or did in the N64 days and are dying to get back into the action, there is no better version to play than the 3DS Remake.