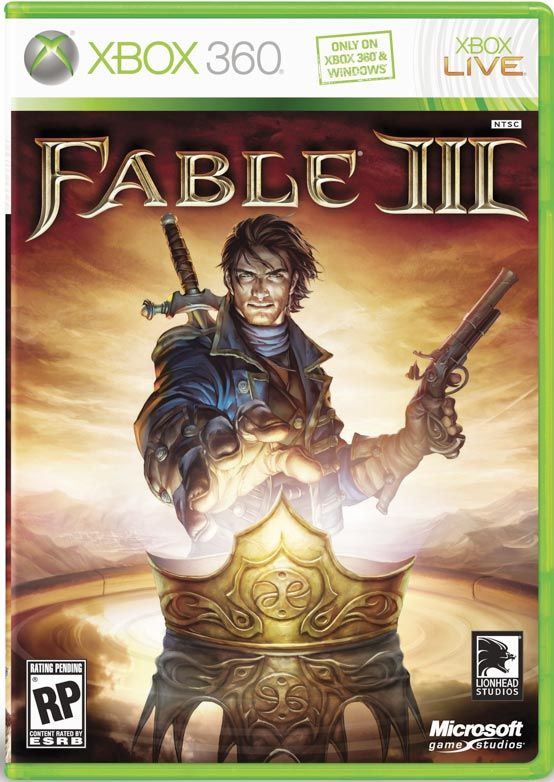 THE RETURN OF THE GREATEST ACTION RPG ON 360

Fable III is a strange piece of software superior in almost every possible way to its predecessor and yet not quite as fun. Fable III is bigger. prettier and much more refined than Fable II and yet it is more of the same, which somewhat takes the enjoyment out of the game.

While Fable 2 felt new and refreshing, this newest chapter feels like more of the same only prettier. Perhaps the fact the title polished some of the rough edges of the previous one only helped to accentuate the flaws F2 had that carried over to this title.

Fable has a chronic problem that has plagued most western RPGS not named Mass Effect, the allowance for freedom of choices, doesn’t allow for a complicated storyline, still that is no excuse for the cheesy cliched mess of a story that is presented here.

Once again as with the previous Fable, the allure here comes with the many side quests which are nowhere near as fun or as creative as the ones in fable 2, presenting a big problem for those of us who have played that title because quite simply I got bored with the game even before I ever got to the throne about halfway through the game.

There isn’t a villain other than your brother to speak of, and your brother doesn’t get enough screen time to make things interesting. While the main character finally has some speaking lines lionhead doesn’t quite master the art of making great likable characters, Link in ocarina of time for example didn’t have any speaking lines but has one hundred percent more personality than any protagonist in fable 3.

There are still some humorous moments here and here some of the best exchanges came at the beginning between Walter and Jasper. The acting and witty dialog remains excellent.

POLISHED AS CAN BE

Under the gameplay conventions set by fable 2, number 3 plays as well as it can. The controls are tight and simple perhaps too simple some would say, the auto Target is mostly on point, and magic usage is quick and easy. The problem is the leveling up mechanic has been simplified to the point of dissatisfaction. Fable 3 is an M Rated game why the developers oversimplified the gameplay is beyond me. My character never seemed to be getting much stronger or more skilled at sword fighting for example, which in turn lessened the appeal of seeking combat in order to grind and gain levels.

Thankfully grinding isn’t much of a problem because instead of running around from one area to next you can now fast travel anywhere. This is a major life saver during most quests, and it is a major refinement on the series.

Everything that was once done through menus is is now done in a room called the sanctuary which can be assessed by pressing the start button. This like every other addition to the game is meant to simplify the experience, however this was something I didn’t care much for it is a helpful feature but not a revolutionary one.

For the completist there are plenty of sidequests as the game still maintains his identity somewhere in between Zelda and Elder Scrolls. However for most all you get are achievements which are good but not as satisfying as let say powerful weapons and such.

The last thing I will state on the gameplay department is that the dungeons while good looking are devoid of puzzles or anything that would resemble any sense of discovery that might entice players to scour every nook and cranny in them.

A STEP UP FROM BEFORE

Fable 3 looks better than Fable 2, the environments are amazing, as are the water effects, the character models look more polished now, but yet they for the most part have the same basic models at some point in time the excuse that there isn’t enough RAM for a diverse population of npcs has to fall flat on its face. 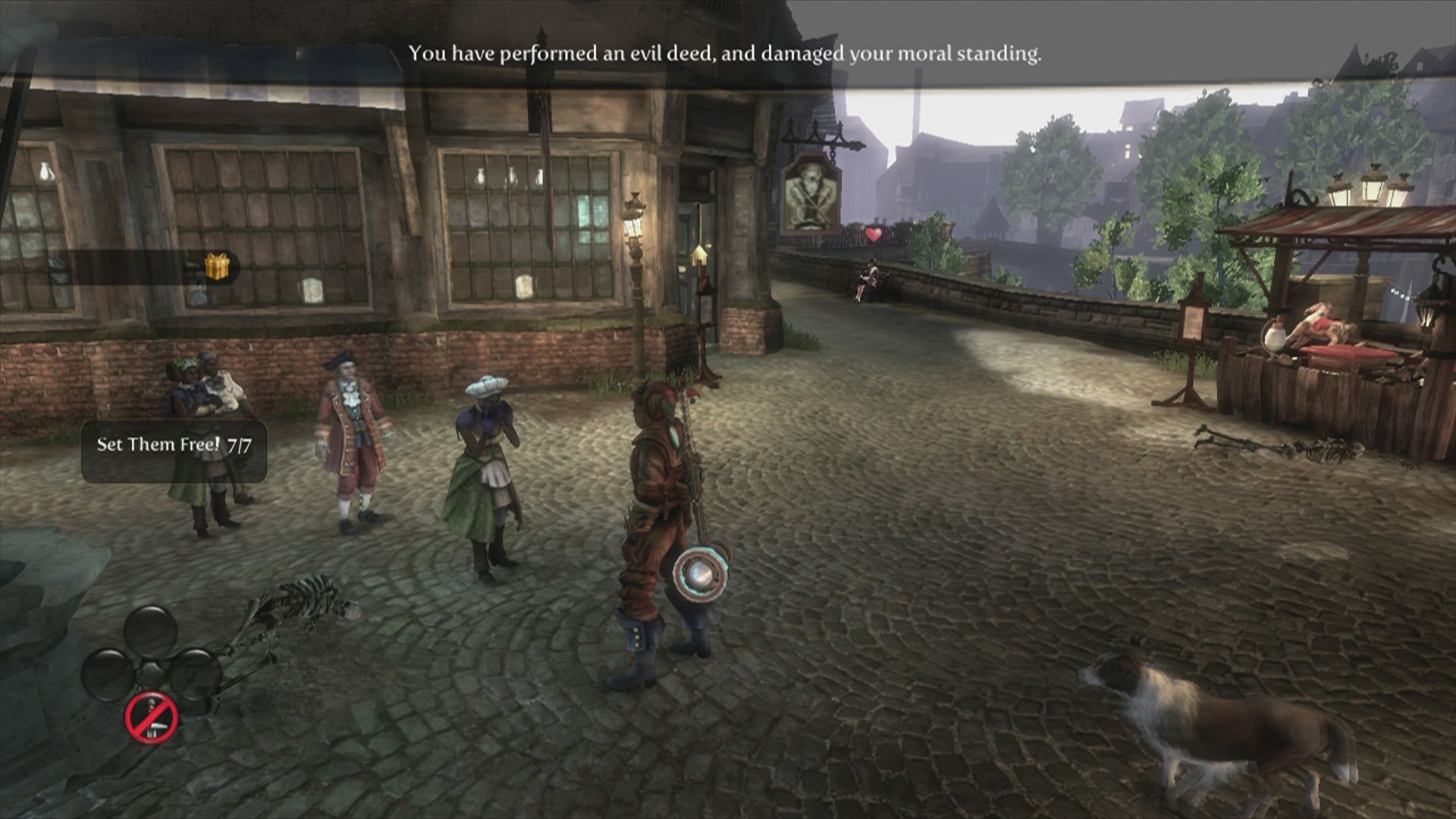 The character models here don’t look or animate any better than those in the new Zelda 3DS. This suggests to me laziness on the part of lionhead as I believe that the repetitive character models affect the game in not just the main quest but in the actual side quests such as marriage.

Other than that there isn’t much to complain about here graphically speaking it keeps some of the magic and charm of fable 2 alive.

The music is still as good as ever, the acting remains top notch, and the environment sounds do the job. While the game won’t win any awards against the heavy hitters of this era here the sound never gets tire some.

While the review has mostly a negative or perhaps indifferent tone towards fable three, the lack of any other good traditional rpgs on the system makes the game the defacto king of the genre on the 360. I had a good time with the game mostly its just that I expected more from molyneaux and company.

Gameplay: 8.0- Same as the previous title, roam the land in search of treasure buried or in chests acquire property and wealth at your leisure while exploring more or less bland dungeons with responsive yet simplistic combat on the way to a poorly done finale. Finally the game does let you choose between good and evil choices, but the poor storyline doesn’t ever help this mechanic feel like it matters much.

Graphics: 8.0- Terrific environments, not as colorful as fable 2, but the game has a darker more realistic color palate. The same cannot be said for the characters which a times look a generation behind, add to that the fact that most characters in the game world have the same model.

Story: 6.0- Poor and cliched, has no interesting characters in fact it is a step down from the previous storyline.

Addictiveness: 8.0- Long game with a gigantic world that will keep completists busy for a while. You can replay the game and make totally different choices the second time around.

Overall: 8.0- Not a bad game by any means, a great action rpg for those who only own a 360. It falls short of the second title in the series but not by much.