This upcoming release takes place timeline-wise as the twelfth major installment in the Assassin’s Creed series but is the twenty-second release in the franchise. The year is 873 AD during a fictional Viking invasion of Britain. The player experiences life as Eivor, a Viking raider who finds himself caught between the Brotherhood of Assassins and the Templar Order. The game will focus heavily on Norse mythology.

The Xbox Series X version of Assassin’s Creed: Valhalla will also support a full native 4K resolution at 60 frames per second. No other console version will run the game natively at 2160p, as the PlayStation 5 will utilize an “upscaling” technique to achieve that resolution.

A sequel to Borderlands 2 (but the fourth game released in the franchise), this action RPG FPS allows players to pick between four new Vault Hunters seeking treasure.

Despite receiving some criticism for being repetitious of the games that came before it, The Guardian’s Steve Boxer in his in-depth review of the game says: “Those new to Borderlands will find some aspects confusing at first – Borderlands 3 is minimal when it comes to tutorials – but if they persist, they will end up luxuriating in the joyous, tongue-in-cheek, comic book-influenced fun it provides.”

There will be two Gears of War franchise games in the launch day line-up, so I’ve chosen to group them together. Gears 5 continues the third-person shooter video game series with five modes. This time around, the campaign focuses on Kait Diaz. Ryan McCaffrey of IGN praised this campaign, concluding that: “Gears of War may have initially thrived because it refined and helped revive the third-person cover shooter, but it has survived for a much less obvious reason: it has heart.”

Gears Tactics is a turn-based strategy game and serves as a prequel, taking place 12 years before the first Gears of War game. Despite taking a risk by removing itself from the traditional 3rd Person Shooting franchise, Dan Stapleton of IGN felt this choice paid off because “Shifting gears to the turn-based tactics genre delivers an impressive and awesome-looking result.”

What’s better than working together with your friends? Killing them! Dead By Daylight is a one vs. four online multiplayer game that allows players to be either one of four characters trying to survive a brutal killer by turning on generators to open their only escape route OR become the killer hunting the other players down.

Despite not having the greatest initial reaction from fans, possibly because of the similar Friday the 13th: The Game releasing shortly before it, this game has since picked up something of a cult following. Jim Hargreaves of TheSxithAxis specifically praised it with “Dead By Daylight has evolved into somewhat of a phenomenon, proving that the often maligned games-as-a-service model produces more than just cookie cutter loot shooters.”

Ori and the Will of the Wisps

This platform-adventure game is a direct sequel to Ori and the Blind Forest. This time around, Ori is on a quest to save a family by bringing them together, heal a broken land, and discover their true destiny. The game boasts hand-painted artwork and a fully orchestrated original score.

With so much praise showered onto it, Jenni Lada of Siliconera sums up the experience: “Ori and the Will of the Wisps being a great game isn’t something that’s exactly hard to contest. It’s gorgeous, offers a gracious challenge if you let it, and builds on the prior’s foundation both in terms of story and mechanics.”

Besides the most anticipated titles above, here is a complete list of Xbox Series X and S games releasing on November 10th, 2020. Are you anticipating one of these games more? Let us know in the comments below! I’ll be covering the rest of these Xbox Series X launch day titles in several articles next week. (Check out Part 1 of that article series here!) 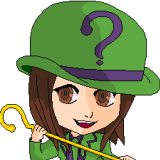