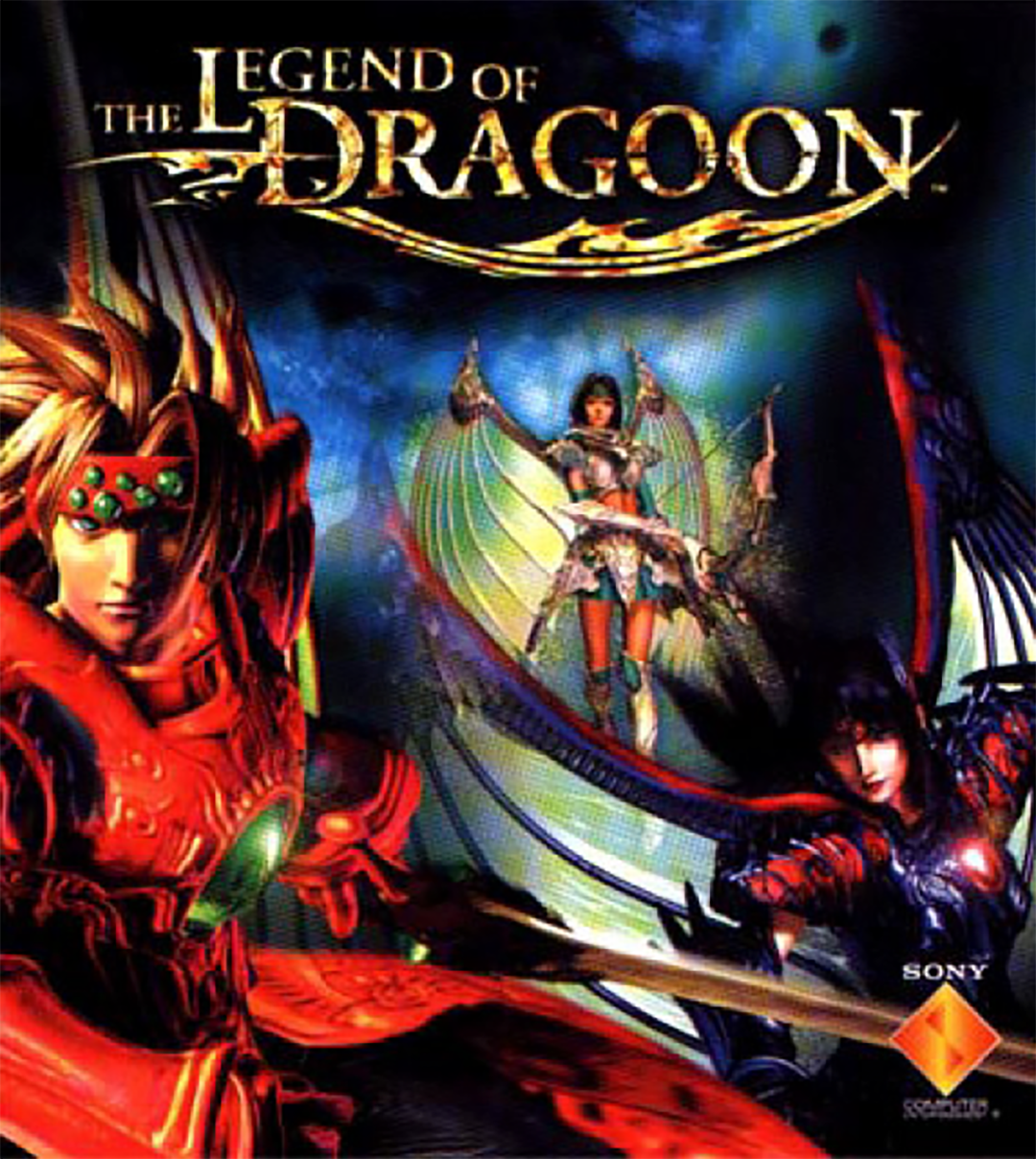 Click here for the original (and now legendary) The Legend of Dragoon April Fool’s article.

One of the great things about writing and working for a video game news/opinion site (and one such as this with a heavy JRPG fan base), is that we get to meet and interact with passionate fans.

Many of these fans have agreed with us in our takes on certain games. Others, have amicably disagreed, and others have been more passionate about voicing their displeasure with us.

Truthfully, we enjoy and welcome all type of responses, as long as they stay within certain boundaries of socially acceptable interactions (no cursing, hate speech, derogatory terms, etc.)

As far as fan bases go, Final Fantasy VI, and VII fans can get pretty heated in their responses, the Zelda fanzine has so far been quite polite, but there is one fan base that has consistently surprised (myself and Co-Editor Mont Cessna) us.

The Legend of Dragoon’s Faithful

Having played and reviewed the game back when it first came out, I never would have imagined that The LoD would have gone on to grow such a passionate cult following over the next two decades.

Curiously, Legend of Dragoon usually loses our “You Can Only Choose One” Facebook feature when stacked against Final Fantasy titles, and the game has struggled to garner signatures for its ‘Remake’ petition.

These two measurable results point to a smaller (than imagined) fan base, but it also shows that the fans that the game does have are much more passionate than other (comparable) game fan bases.

Honestly, it took us by surprise that our Legend of Dragoon articles consistently did great numbers in terms of traffic, and thus, we wanted to do some special for this April Fools coverage a few months ago.

The One Legend of Dragoon Remake Satire That Went Viral

We thought the interview would go on to do good traffic numbers, but we never expected it to go viral, and we never really expected anyone to believe that it was ‘the real thing’ after reading the first few paragraphs (I dropped a lot of hints about it being a satire, and heck, it was APRIL FOOL’S!).

[Mont Cessna’s note: I’m mad Sam’s LOD April Fool’s went viral and no one seemed to catch on to my article about Patch 1.3 of Cyberpunk 2077 with Mariusz Zbigniew Pudzianowski, former Polish World’s Strongest Man, taking over as CEO at CDPR.]

In the interest of revealing that the entire article was a joke, I went as far as referring to The Legend of Dragoon as Panzer Dragoon, and even the fictional LoD director “Kasebe” stated that Super Mario 64 was “inspired by Final Fantasy VII”.

We are sad (okay, not that sad…at all) to report that we were wrong on all accounts. We went viral, and some people did believe that it was the real thing!

We have compiled a sample (we might have to do a part two of the mailbag, eventually) of the angry emails (and comments) that we received for your reading pleasure.

By the way, our site’s editors are not the only video game critics that have been bombarded with ‘Hate Mail’ from the Cult of The Legend of Dragoon.  This twenty year old Gamecritics.com article illustrates that the LoD fanzine has been alive (and dangerous) for over two decades now.

At the end of the day, it is hard not to admire the persistence of LoD’s fan base. It was not a bad game, but most of us who played it right in middle of the genre’s peak (and consequently, after having played dozens of the genre’s all time greats), couldn’t help but to feel underwhelmed by the game.

The Legend of Dragoon just felt like a pretty (and expensive), but average romp, in era full of truly special J-RPGs.

[Mont Cessna’s note: “AF-2021” was in the URL for the satirical April Fool’s posts as well, though in retrospect, that’s harder to spot now with everyone using smartphones not desktops.]

“My question is why Sam Rivera felt the need to be a total douchecanoe when interviewing the creator of legend of dragoon , you constantly threw in your dumb opinions and clear hate for the game when it wasn’t even relevant you’re a cunt my guy” – Donovan J, via Email

Sam Replies: Greetings Donny (Can I call you Donny?)! My dude, I admire your passion, and you are right, I was a total douche bag when I interviewed the one and only, Masayuki Kasebe… a man that doesn’t exist.

That said, I would have thought that a passionate fan, such as yourself, would have immediately recognized that the Legend of Dragoon director’s name is Yasuyuki Hasebe, and therefore deducted that the entire thing was an April Fools’ prank.

“This A-Hole Should Be Fired”

“Geez, harsh! I hate this interviewer. I LOVED Legend of the Dragoon, and thought it was waaaay better than FF7. My goodness. This a-hole interviewing should be fired.”- Max, via comments.

Hmm, how should we go about this?

“I hate this interviewer”  I am hurt that you feel this way about me, but the truth is that I love you Max! People like you, are the reason why I chuckled as I was writing the satire in the first place.

“I loved Legend of the Dragoon and I though it was waaaay better than FF7” Okay, Stop it! The Legend of Dragoon was in no way, shape, or form better than FFVII.  Okay, it did look better (graphically), but that’s about it.

In all seriousness, the former statement was just my opinion, and thus, if you feel that LoD was better than FFVII, then LoD was the better game according to you.

By the way, it is “The Legend of Dragoon”, not “of the” Dragoon.

“This a-hole interviewing should be fired.” Really? But we have had so much fun together!

“Got My Blood Boiling”

“This is one of the rudest interviews I’ve ever read. It reads like a satire because the interview shows 0 respect for someone who has worded hard and put their heart and soul into something. There is no way this is a real interview. Definitely got my blood boiling though lol” Michael A. Via comments.

Sam Replies: In the words of the immortal Christopher Lambert’s Raiden: “One of them Finally Gets it!”

Not much to say here, other than yes, it was an April Fool’s satire.

“Samuela Rivera is so disrespectful. What the hell? Am I the only one who does think that?” -Wolfaahr, via comments.

Sam Replies: Yes, I was disrespectful. I am pretty sure Kasebe is drowning in tears (while emptying a vodka bottle) somewhere in the corner of my (sometimes) 12-year old mind. Do not despair, I will make sure to send him a bouquet of flowers, and an ‘apology’ card in your name, my friend.

“Jesus, what a garbage article. I legitimately can’t tell if this is piss poor satire or you really are this blasé and crass when you do interviews. Either way, it’s not entertaining.” – Purplehaze260, Via Disqus

Sam replies: Such anger over a “piss poor” satire…Hmm, if you couldn’t “legitimately” tell whether it was a real interview or a satire, it means that my mission and sole goal in life (which was to confuse you) has been accomplished!

“No one thinks Legend of Dragoon is bad”

“This must be a joke. No one thinks Legend of Dragoon is bad and no one thinks the ghosts in FF7R were a good idea. Nice try.” Mobile Sucks, via Disqus.

Sam replies: You are correct, the general consensus is that The Legend of Dragoon is an average JRPG, not a bad one.  You are incorrect in stating that I think that the ghosts in FFVIIR were a good idea. Clearly, you haven’t been paying attention to my writing on the site.

Even in the April Fool’s article that you are writing to us about, I wrote: “Like the ones Nomura pulled out of his rear end in FFVIIR?” when referring to these ghosts (Arbiters of Time). I am glad that we could find some common ground with each other on that topic. And yes, the whole thing (the article) was a giant joke.

“I hate that this company would allow someone who isn’t even a fan of this game to interview this guy, who has the possibility to deliver a 21 year dream to a large group of fans. Just seeing the title of this article brought joy to my heart, reading this article however was a nightmare as a fan this rivera guy just disrespected this guy as the questions went on. Please do better selectively in your interview process.” – Mike H., via Disqus.

Sam replies: I have to break this one down.

“I hate that this company would allow someone who isn’t even a fan of this game to interview this guy, who has the possibility to deliver a 21 year dream to a large group of fans.”  In reality, if we ever got the opportunity to interview the real LoD director, we wouldn’t treat him as harshly, or harshly at all. Making a game is a difficult thing, and even if I have never fawned over LoD, I can respect its creators.

If we move past the very important (and often overlooked it seems) fact, that Kasebe doesn’t exist, I will recommend that the group of fans (who dream of a LoD remake) bans together in a collective effort to gather more than 100,000 signatures.

In fact, I will do Legend of Dragoon fans a massive favor by including the link of a well organized petition that is running on the internet right now, so that you can go and sign the petition and see if it can get to 30,000 (it hasn’t reach that number in two years).

Keep in mind (and your hopes in check), Sony closed down Japan Studio (the original Devs), and Days Gone garnered 50,000 signatures in hours and who knows if that IP will ever get its sequel.

“Just seeing the title of this article brought joy to my heart, reading this article however was a nightmare as a fan this rivera guy just disrespected this guy as the questions went on” Which was the whole point of an April Fool’s satire. Either way, we have done a few “real” interviews on the site. The nice gentlemen who have allowed to interview them, likely, have very nice things to say about us.

[Mont Cessna’s note: Obviously The Legend of Dragoon isn’t a terrible JRPG. Even Sam gave it a 6.5/10 when it came out, despite being a hardcore JRPG fanatic at the time and unimpressed with the translation, cliches and tedious length of the game. It’s not a bad game at all, and depending on when you played it (probably below the age of 12), it might be your favorite of all-time. The most frustrating part of the game is the giant (we’re talking Final Fantasy sized budget, not some tiny budget that has somehow become a rumor among fans) budget Sony itself put into the game to try to be a FF7 killer and cash in on Square Soft’s JRPG success, but lack of care on translation, lack of real genre-pushing story and still bland music and graphics (in comparison to a top 10 tier JRPG). The game is a cult-classic now because of nostalgia and tropes, which is fine. I love The Power Rangers and used to pretend to be them all the time as a kid. I’m not ashamed. There’s always going to be disagreement on something as subjective as JRPGs and RPGs. Just keep in mind, we don’t hate LOD at all, but we lightly troll the rabid fanbase because we care, and understand.]