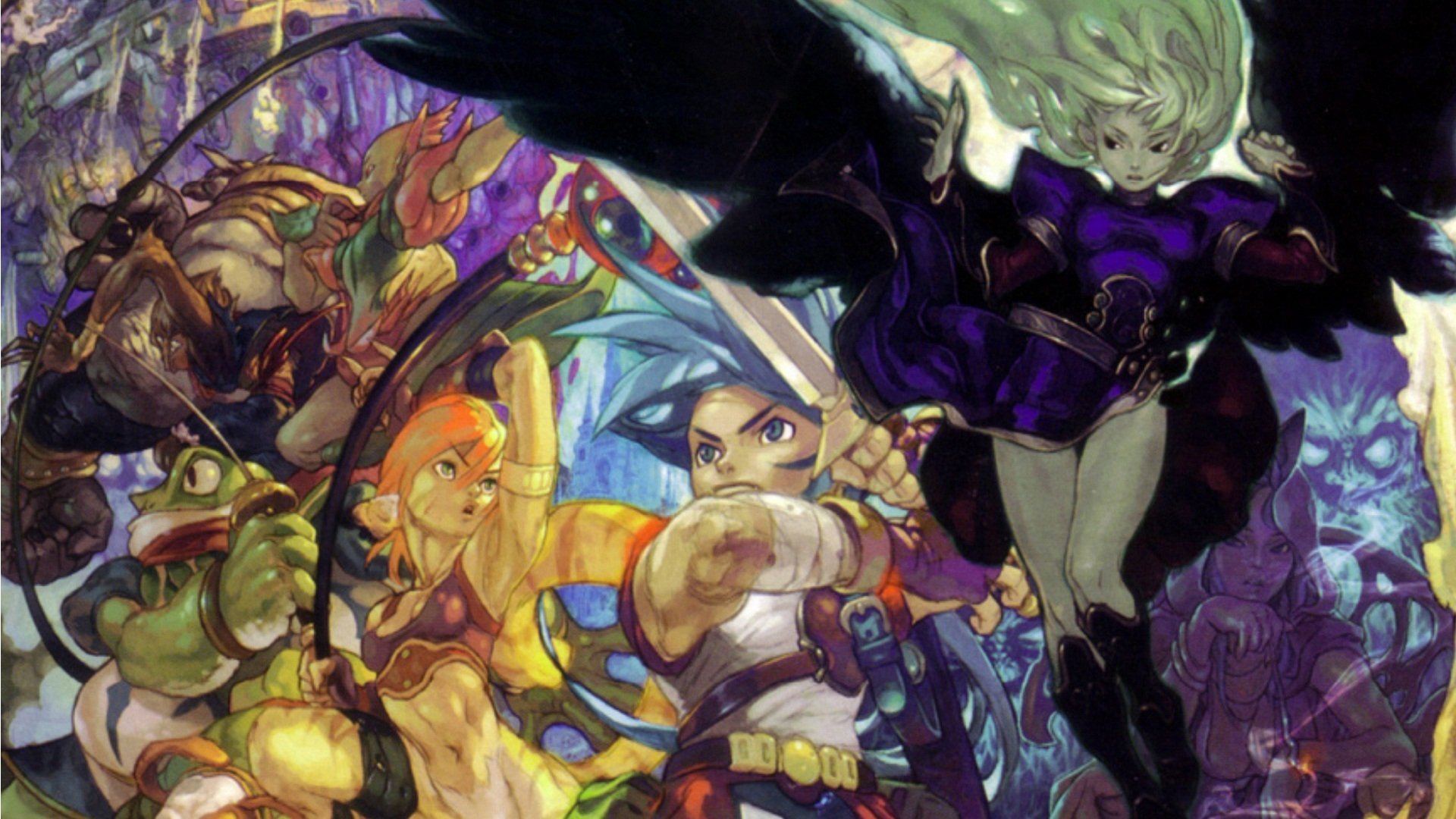 Let’s forget, for a moment, that Nintendo’s Nintendo Switch Online subscription service is filled with first party Nintendo games that are arguably better than any JRPG in history (Super Mario, Metroid and The Legend of Zelda can’t be beaten). Hardcore JRPG fans do not want to hear that, however. They want to know if paying a yearly fee of $49.99 for a collection of NES to N64 games is worth their money in Japanese Role-Playing Game value.

So, is Nintendo’s Switch Online Subscription service worth it the price of admission?

If you only want to play Nintendo’s own games, then the service is…well…’serviceable’.  The complete immense lineup of Nintendo NES t0 N64 era games is not here, but the most of the important games are, at least on the NES and SNES sections of the service.

However, if you look carefully you will find a few hidden JRPGs in the lineup that most of us have never heard of, starting with Crystalis (1990) by SNK. Crystalis is a post-apocalyptic action-RPG in the vein of Zelda. The game is set on earth 100 years into the future (after an apocalyptic event).  Seems like an interesting title if you are looking for a Zelda clone with an interesting premise and plenty of NPC dialogue (for the NES anyways). It also looks surprisingly good since it is a late generation game on the system.

The next game that you might have never heard of, is another action-RPG called Star Tropics. The game (originally) came bundled with a physical letter that was needed in order to understand the set up to the plot’s beginning, and to solve a crucial puzzle during the game. Without it, the game can’t be finished, so you will have to go online to search for the code. A quick google search will do the trick. *Hint* the code needed is (747)

Star Tropics holds an 82.50/100 GameRankings score, so it could be worth your time.

Beyond Crystalis, and Star Tropics, The Legend of Zelda, and Zelda II: The Adventure of Link are present to satisfy your 8-bit JRPG adventuring thirst.

The notable absence of Final Fantasy I-III and the Dragon Quest games hurts this collection of games for JRPG aficionados.

There is another RPG in the lineup called The Immortal, which is a frustratingly difficult Dungeon Crawler of sorts. While this game received good reviews three decades ago, I couldn’t take more than five minutes of it.

If JRPGs are the only passion in your gaming life, then the paltry NES lineup featured here will not satisfy your needs.

Moving on to the SNES lineup, one would expect a greater list. After all, the SNES era was the “golden era” before the “golden era” of JRPG gaming. Unfortunately, the only saving grace, apart from The Legend of Zelda: A Link to the Past, is a pair of Breath of Fire games (I-II). Superior versions of these titles can be found on the GBA, but for some the existence of these two titles in the lineup could justify the $49.99 tag.

The SNES line up (as well as the NES) might receive new titles periodically in the upcoming years, but the glaring omission of the entire Squaresoft lineup (save for Breath of Fire which was actually published by Square) of JRPGs is deeply felt.

Not even Super Mario RPG (which one would think would be a no brainer) made the cut. Instead, we have a decent collection of SNES first party Nintendo games, and different run of the mill platformers, arcade games, and beat’em ups.

So, Why is Nintendo’s Switch Online Subscription Service such a Deserted JRPG Wasteland?

My guess is that many of these Squaresoft, and Enix JRPGs have been ported over to other modern systems such as cell phones, and even the Nintendo Switch itself (this is not counting the GBA ports, etc.) Thus, Square Enix would probably ask Nintendo for a hefty monetary fee and mandatory royalties in order to feature its games on the service.

We must remember that Nintendo will never go the extra mile when it comes to monetary value for its costumers (apart from making the best games of all time). What this means is that Nintendo, unlike Microsoft, will not pay huge amounts of cash to third party publishers in order to offer a more robust subscription service. Unless the company substantially increases the $49.99 yearly fee, we will not see a huge improvement as Nintendo will never lose money on anything that it does, so I don’t expect things to get better anytime soon.

But What About the Nintendo 64?

The huge selling point of Nintendo Switch Online’s subscription model, at least for me, is the Nintendo 64 games service. Though I have a decent collection of actual N64 games at my home and a working Nintendo 64, it is much more convenient to play these games on the Switch given its portability.

I own most of the SNES games (that I want to play) on the GBA-3DS already, so the N64 was an attractive feature that I thought I would find pleasing for my inner mid 90s kid.

However, I have been disappointed, to say the least, by the paltry nine game line-up. The Nintendo 64 line-up only has The Legend of Zelda: Ocarina of Time for JRPG aficionados. Granted, Ocarina of Time is the greatest game of all time (at least according to me), but I already own different versions of it, including the superior 3DS version (which should get an HD remaster on the system).

I also must state that Ocarina of Time’s emulation here is less than stellar, and unless you buy the N64 controller for the Switch (I told you Nintendo likes that money), the Switch’s controls will take some time to adjust to, as the N64’s original button layout is the only available option to play the game.

Nintendo has promised more titles in the future, and I would hope for Goemon, and Quest 64 (yes, Quest 64) to make the cut at some point. It is not like the system’s library was that large anyways.

So, is the Service Worth it For JRPG Fans?

Is The Legend of Zelda the greatest series of all time? Are Breath of Fire I-II RPGs that you have been dying to play forever, and haven’t on a different system such as the GBA?  If your answer to both of these questions is ‘no’, then you are not missing much by not subscribing to Nintendo Switch Online.

However, Nintendo fans, and I mean Zelda, Metroid, Star Fox, Donkey Kong, and Super Mario fans, will find much to like here. The service has a list of bonafide top 5-20 ‘greatest of all time’ games for you to play, and Nintendo, like it has traditionally done since the N64 days, is trusting that their historic catalogue is enough to convince gamers to pay the yearly $49.99.

No. It just isn’t, and there isn’t a better example of how poor Nintendo’s emulation solution is, than its crown jewel The Legend of Zelda: Ocarina of Time.

Ocarina of Time on the Switch, within this service, is the worst port of the game that I have played to date. Laggy controls only serve to compound the already messy control system, if you are utilizing the Switch’s Joy-Cons (which I suspect is the way that 90% percent of individuals will play the game). Apart from that, the game received a mandatory resolution boost to 720p, but it looks worse than the original N64 version, especially if you play that version on an old CRT TV set.

By ‘worse’, I am talking about washed out colors, removal of fog and certain transparency effects. Flickering and missing shadows are an issue, and the emulated game has no reflections. But, sometimes a picture can say more than a thousand words:

It is hard for me to grasp, how Nintendo (owning the original code for these games) managed to do a far worse job than some of the game’s fans have on a computer (working alone in their basements) when creating their own emulators for the game. These fans have achieved this without any monetary compensation.

I get that Nintendo’s most ardent defenders will come at me as a result of my criticism of the service. Some might even say, “You should be grateful that Nintendo even did this at all.” My answer to that is: No! I shouldn’t be grateful for anything. Nintendo didn’t offer this service free of charge. Instead, Nintendo should be grateful that I paid $49.99 for a subpar service, and should work day in and night out in order to improve the emulation while adding more titles to it.

That said, so far, Nintendo Switch Online’s list of games is disappointing, and given how Microsoft continues to improve their back compatibility service within its own Game Pass subscription service, seemly every month, it is a shame that Nintendo continues to offer its loyal fans a sub par list of games. Nintendo could do so much more, but the company’s execs know that nostalgic lads like me will cough up the money, unfortunately.