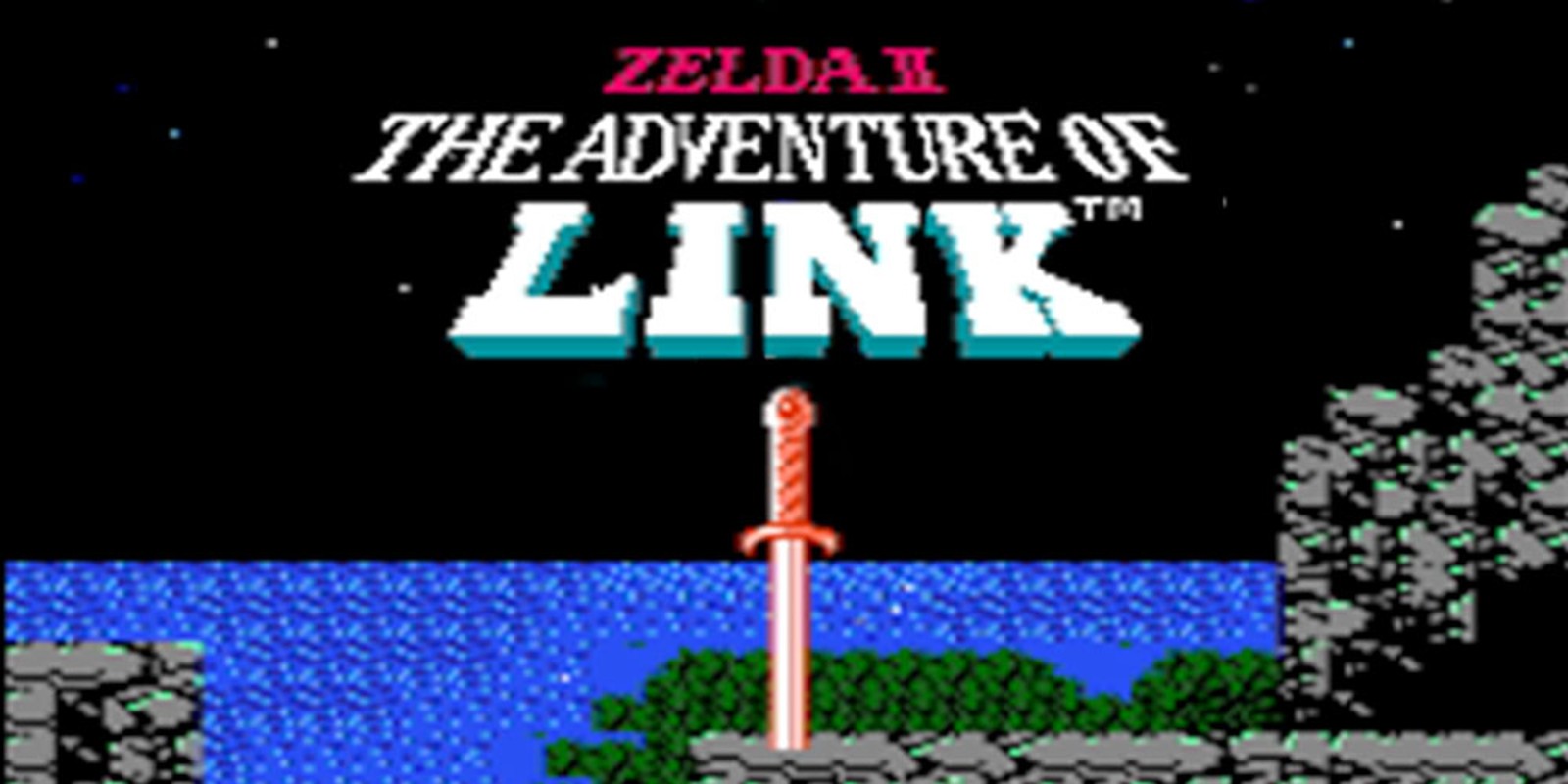 Game for Game, The Legend of Zelda is my favorite video gaming series. I don’t think I have ever handed out as many 10/10, and 9.5/10 to as many games in any other series.

My favorite game of all time is a Zelda game (Ocarina of Time). My favorite gaming universe of all time is Zelda’s (could have been FFVII’s, but I despise everything that came after the original game). Finally, the one game that has consistently forced me to own every Nintendo system in existence is…you guessed it: Zelda.

The Legend of Zelda is special to me. Perhaps, more so than any other work of art in existence. Zelda II: The Adventure of Link was my first experience with the franchise back in the late 80’s when I was still in kinder garden.

Zelda II: The Adventure of Link is Miyamoto’s ‘Bad’ Game? 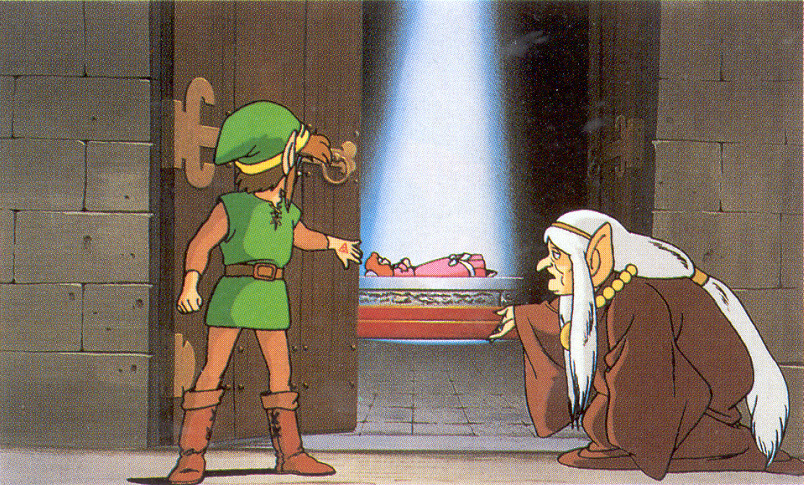 An editor from Kotaku asked Zelda/Mario creator (and certified genius), Shigeru Miyamoto, if he had ever made a bad game. Surprisingly, Miyamoto answered, “I wouldn’t say that I’ve ever made a bad game, per se, but a game I think we could have done more with was Zelda II: The Adventure of Link.”

While I was five when I first played Zelda II, thus, I couldn’t critically make an accurate assessment on the game’s quality, it still felt like special game to me. So, I was surprised when I first read Miyamoto’s comment on this. This hit harder as I had throughly enjoyed the game as an adult, years before I first read this interview.

But alas, Miyamoto would go on to elaborate as to why he felt that Zelda II did not live up to its full potential, “When we’re designing games, we have our plan for what we’re going to design but in our process it evolves and grows from there,” Miyamoto said, before continuing, “In Zelda II: The Adventure of Link, unfortunately all we ended up creating was what we had originally planned on paper.”

The interview goes into detailing how Miyamoto was dissatisfied with the transition (the seconds that it took) between the overhead sessions (outside of towns and dungeons) and the 2-D side-scrolling parts. Miyamoto also wished for larger bosses, but this hadn’t possible due the limited NES hardware.

Now, Miyamoto is a genius, and I am no one to question his infallible vision, and I can see why Miyamoto feels that Zelda II is not his best work. And yet, I cannot help but feel that the game has been largely underrated.

Heck, even dark horse The Legend of Zelda: Majora’s Mask will get a few votes in. However, the game that no one ever mentions is Zelda II: The Adventure of Link. I can understand why.

First, most Zelda fans today, became Zelda fans after playing Ocarina of Time on the Nintendo 64. I am not making this up, sales numbers reflect that many more people played Ocarina of Time than they did any other Zelda game prior to it.

A Link to the Past, only sold about 4 million units (to Ocarina’s 7 mill on the N64), so more gamers played Ocarina at any point in time (especially if you factor the 3DS remake sales numbers) than they did A Link to the Past.

Ten years from now, I assume that the statements above will change in favor of The Legend of Zelda: Breath of the Wild (as that title has sold about 25 million units at this point with all versions of Ocarina coming in at a distant 2nd place with 13 million units sold).

For reference’s sake, Zelda II sold about 5 million units, which was a fantastic number. Consequently, its absence from ‘All Time Great Zelda Games’ lists means that most gamers probably didn’t like the game as much as they did other entries, as the game was played by many.

Personally, at five years old, I was mystified by the shining golden coating of the game’s cartridge, and its somewhat eerie atmosphere while running on my primitive TV set.

Zelda II was also very difficult, and I wouldn’t finish the game until much later on. Wind Waker’s pre-order bonus Zelda disc with the two NES games gave me an opportunity to revisit my early childhood memories within this classic.

Zelda II’s difficulty, and its combat oriented approach likely made it a less enjoyable experience for gamers than its fully top down view (puzzle and exploration oriented) predecessor had been.

Still, I might be on the minority here, but I actually find Zelda II: The Adventure of Link to be a more re-playable and enjoyable experience than its first entry, today.

Zelda II: The Adventure of Link Introduced a Deeper Lore, and NPCs into Zelda’s Universe 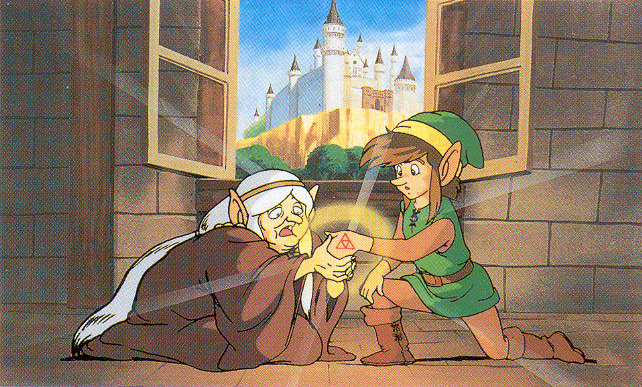 While Ocarina of Time was heavy on lore, and deep into player/character interactions with NPCs, this had not always been the case with Zelda games. The original Legend of Zelda, for example, was as bare bones as games got in terms of storytelling, even by late 80s, and early 90s standards.

As an adult, I have a hard time submerging myself in the world of the first game, but I have no such issues with The Adventure of Link. The game came packed with an extensive booklet detailing the events that happened before the game’s start.

This was important as it set some permanent cornerstones for the series’ greater lore. These elements still hold up today. For example, the origin of ‘Zelda’ as a name was explained here, and for the first time in the series, Link was marked by the Tri-Force as the ‘chosen hero’ to save this particular Zelda princess from her deep sleep (caused by a curse at the request of her own Prince brother).

Zelda II is a direct sequel to the first game, taking six years after its events, and it sees Link battling Ganon’s forces (who are trying to revive the villain) while restoring crystals in order to use the power of the Triforce (locked in the Great Palace) in order to awaken Zelda (not the same Zelda from the first game) from her long cursed sleep.

Zelda II added houses and towns that could be entered with talkative NPCs inhabiting them. The game also featured our first encounter with Dark Link (later seen in all of his full glory in Ocarina of Time’s water temple).

Miyamoto has said in other interviews that Zelda II focused on Action, as opposed to puzzle solving. It was a game where you could grind to gain levels, but you still had to play for hours and “get good” at its combat in order to have success. This is something that might have turned some gamers away from it, at the time (1988).

That said, it is clear that future games took inspiration from it. When the Series transitioned into 3-Dimensions, a return to a deeper combat system was made, and the series’ lore kept expanding into new directions.

Level gains were forever removed from the character progression system in future games, but the magic meter was kept. Instead of numerical level progression for our Avatar (Link), Zelda games have focused on heart and item collection in order for Link to grow in strength after Zelda II.

Still, no 2-D game reminded me more – in terms of atmosphere – of Ocarina of Time than Zelda II did, as perhaps as I played Ocarina of Time as a 13-14 year old, the converse was also true.

Zelda II is not My Favorite, But I Still Vouch for its Greatness 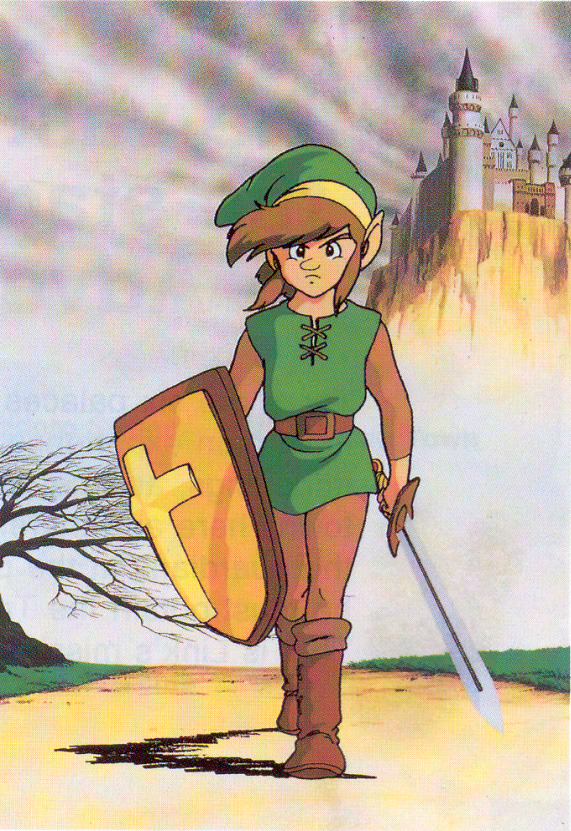 Being the consensus ‘lesser’ main Zelda entry on consoles, is like being the worst player in an NBA All-Star team. Consequently, Zelda II: The Adventure of Link remains a great game.

I think its challenging nature makes it a better play for older Zelda gamers looking for a suitable action-RPG adventure to tackle than many other games available today from that particular NES era.

Playing Zelda II today is likely to provide some historical perspective into a title that might just be as influential in the way that the series moved forward as A Link to the Past, and Link’s Awakening were. Even if it isn’t as beloved, or as ‘legendary’.