Ten of the Best JRPG Songs Ever Made 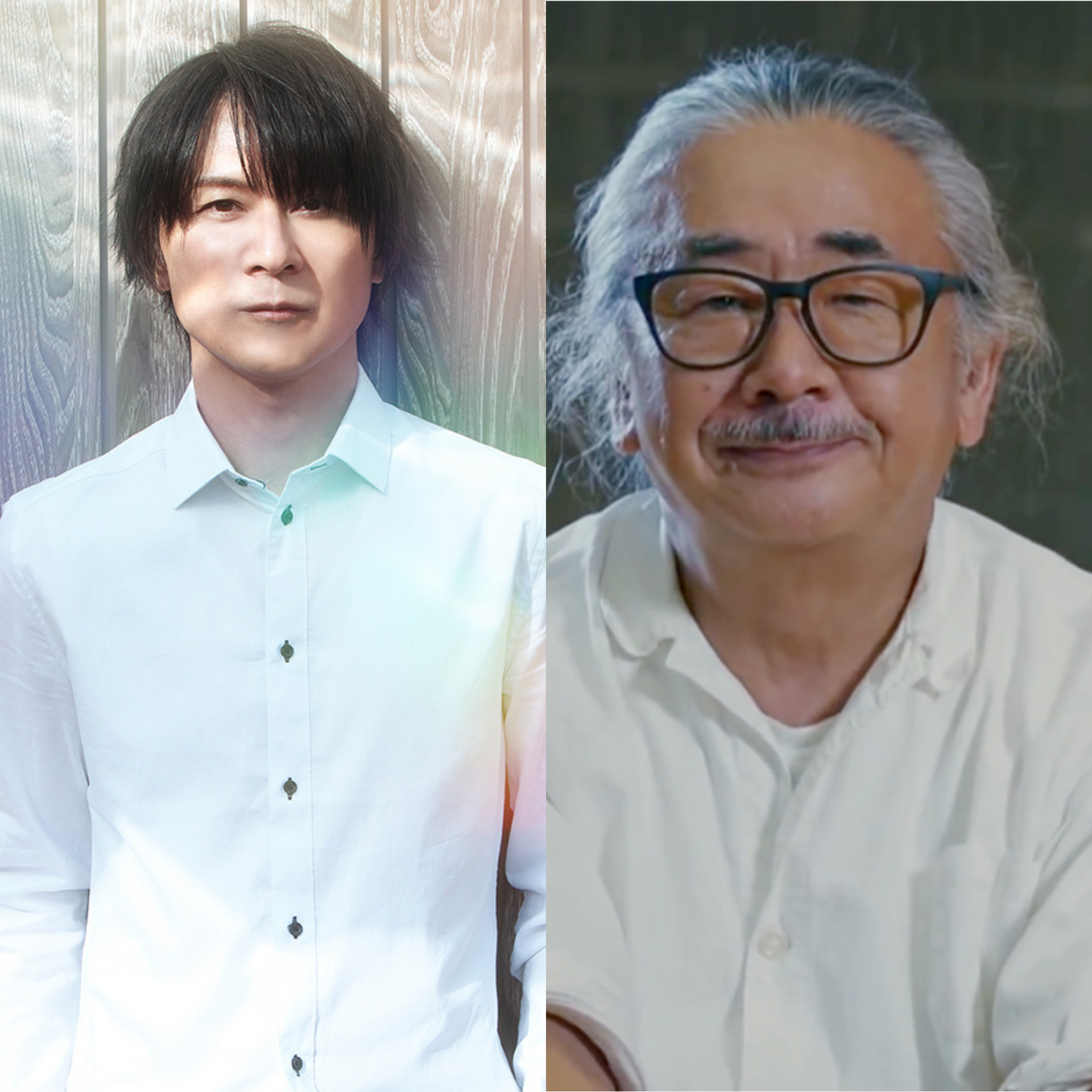 Japanese Role-Playing Games are known for their engrossing (and linear) stories, interesting characters, and moving musical scores. Today, we are taking a look at the musical side of these games by listing some of the best JRPG songs (or tracks) to have ever graced the genre.

This list does not encompass all of the great melodies crafted by composers in the genre. Instead, I have chosen ten of my personal favorites, and I hope that I can continue making more lists in the near future, as there are other songs that I feel could have just as easily made cut.

In my opinion, it is not a Final Fantasy game that holds the title for having the greatest soundtrack in the PS1 era, but instead it is Chrono Cross who holds that distinction for me.

“Radical Dreamers” (which is actually the name of a text based adventure on the Chrono universe for the SNES)  -‘Unstolen Jewel’ is by far the most powerful reason of why I love the game’s OST with such fervor. This JRPG song was composed and arranged by Yasunori Mitsuda, and written and performed by Noriko Mitose. The acoustic guitar was played by Tomohiko Kira.

Unstolen Jewel is one of the few tracks in existence that can make tears roll down my cheeks every time that I listen to it. Even without looking up at the song’s translation (as it is sung in Japanese), I knew (and felt) that it was a nostalgic track.

To not understand Mitose’s words, but to cry heart broken all the same demonstrates the amazing power of the song. Mitsuda couldn’t have composed a better melody, Mitose couldn’t have performed better vocally, and Kira couldn’t have played a more powerful guitar.

As far as music goes, Radical Dreamers – Unstolen Jewel is as perfect as a song can get.

1994’s Final Fantasy VI is legendary for a wide number of reasons, but perhaps, at least in my opinion, it is its OST that has stood the test of time in more resounding fashion than any other aspect of the game.

‘Aria di Mezzo Carattere’ is my favorite track in the game, and it is perhaps its most iconic, since it is the song that Celes (impersonating Maria) sings at the eternally great (and famous) Opera Scene.

The most potent rendition of the track, however, did not come in the small SNES cart, but in full CD (and orchestrated) glory in the Final Fantasy Anthology Collection (though the track was featured in Final Fantasy VI: Grand Finale in 1994) for the original PlayStation in 1999. The track is performed by Bulgarian Soprano, Svetla Krasteva.

Composed by Nobuo Uematsu, I consider the track a masterpiece amongst the many masterpieces that he crafted in his tenure as Final Fantasy’s music composer.

Final Fantasy X’s theme song comes in two different arrangements. One version features a pop instrumental (which plays in one of the most famous scenes during the game) and the other comes in full orchestral glory.

Personally, this is one of my favorite game music tracks ever (in its orchestral form), and no ‘JRPG song’ list would be complete without its inclusion. The song perfectly expresses the emotional story of Tidus, and Yuna’s tragic love story.

While other Final Fantasies such as FFVI, VII and VIII are better regarded in terms of their OSTs by most fans of the series, Final Fantasy X  has two tracks that are as good as anything that Uematsu conceived before it.

We already discussed Suteki Da Ne, and now is The Ending Theme’s time to shine. The Ending Theme is a majestic orchestral arrangement composed by Uematsu that flawlessly blends other tracks from the game like To Zanarkand and Hymn of the Fayth accompanying the game’s moving finale.

This track is as sad and as epic as the game’s main tale.

Kingdom Hearts was a big deal back in 2002-2003. Square uniting with Disney in order to create an Action-RPG felt like a weird pairing at the time. Yet, Nomura and company managed to mix both Final Fantasy (and a cast derived from JRPGs) and Disney’s most iconic IPs to earn a great degree of commercial and critical success.

Music was a big part of Kingdom Hearts’ appeal, and Utada Hikaru’s “Simple and Clean” was an integral component to the game’s OST. The original version is accompanied by a “Pop” arrangement, but there is also a techno/dance version of “Simple and Clean” at the beginning of the game that sets up the unforgettable adventure.

Final Fantasy VII, the game that brought JRPGs into the mainstream. It is also Final Fantasy’s most successful and famous entry. One would expect that a legendary game such as this would have a immense amount of unforgettable hymns, and Final Fantasy VII does not disappoint in that regard.

Final Fantasy VII’s “Main Theme” is probably my favorite over world track in the series. It properly conveyed the epic feel of its monumental storyline, and even the darker side of it during the later parts of the track. Truly, another Uematsu masterpiece.

Ah! Aerith… Cloud’s true love of his life (at least in my play through as I did get the date with her). Squaresoft built her up as the game’s most important heroine. After all, Aerith was the last Cetra, and it seemed like she was destined to end up with Cloud. However, at the legendary end of the first disc *spoiler* …………..She is murdered in cold blood by Sephiroth, and in front of Cloud’s (the player) eyes in an epic scene that made every teenager FF player cry in 1997.

The scene was made more powerful, because of the sad music (Aerith’s Theme) that plays as Aerith goes down and her Materia falls into the lake. The scene is probably gaming’s most iconic death/murder, and the sad melody that accompanied it is hugely responsible for the scene’s emotional impact. *Spoiler end*

With 41 instrumental tracks, Xenogears is one of Yasunori Mitsuda’s most complete works.  The melody he crafted for Xenogears  (sung here in “Small Two of Pieces“) was simply brilliant. It is the melody that accompanies the famous Music Box Scene at Citan’s house.

The song is performed by Irish singer Joanne Hogg who is curiously a Christian Singer. Given that Square almost didn’t release Xenogears in the west due to some themes that might have offended religious individuals, this is truly a ‘fun fact’.

Named “Faraway Promise” the track won’t get a separate listing here though the video (of the Citan’s House music box scene) will be provided below. Because in essence both tracks share the same melody, even though many will prefer the nostalgic feel of the music box version, I have listed both songs as one.

Clearly, this song listing has largely been a Nobuo Uematsu list, but Mitsuda is equally great in his own way.

This track is so iconic, that it has been rearranged multiple times after the original game with better arrangements. Shown here is the FFVII Remake version of it, which might displease some purists, but listening to updated FFVII tracks was actually one of the highlights for me in the ‘Remake’.

The JRPG song made its first appearance in the final battle of FFVII against Safer Sephiroth, and it was epic (both the battle and the track)!

One Winged Angel holds the distinction of being the first Final Fantasy track to include high quality digitized vocals. The song is considered one of Uematsu’s best work, and while I like FFVI’s Aria di Mezzo Carattere, One Winged Angel can certainly stand at the top of Nobuo’s impressive musical resume.

Few games have had as memorable a soundtrack as Chrono Cross. Yasunori Mitsuda once again delivered an incredible track in “On the Beach of Dreams”.  This JRPG song plays during a chunk of the over-world map, and it perfectly conveys Chrono Cross’ tropical, and nostalgic feel.

The track is darker in order to accompany the mood of  the “Another World” section of the game. It perfectly embodies the goal of Mitsuda to create complex melodies with just a few instruments.