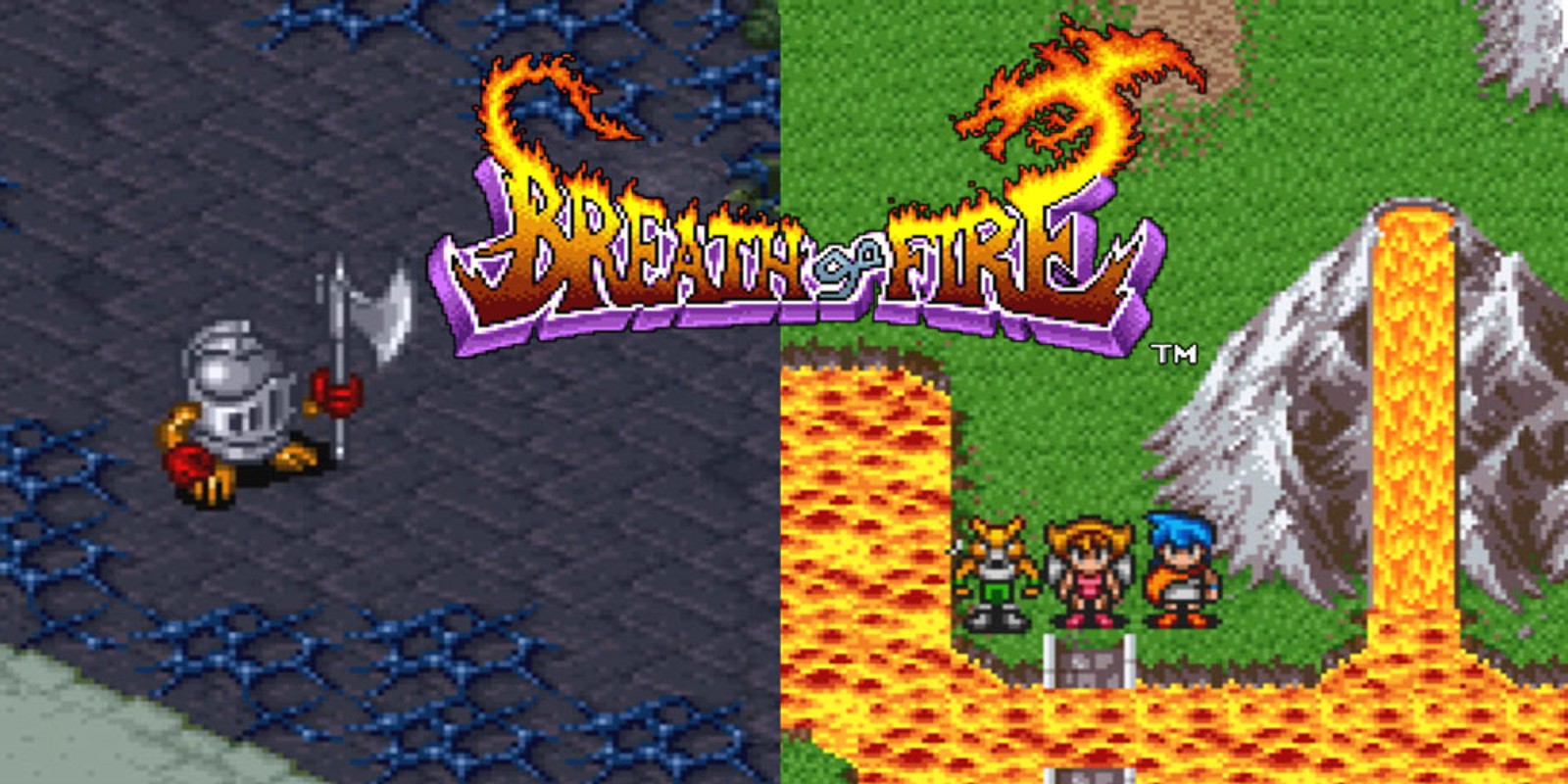 Breath of Fire, as a series, has been dead for a long time (last game was Breath of Fire VI, a free to play online game in Japan), but you can still enjoy the series’ games across different platforms.

My experience with the series is limited with Breath of Fire IV being my favorite, but at the same time I didn’t play much of III, and I have not played Breath of Fire II, or V (Dragon Quarter).  However, I am 25 hours into the original Breath of Fire’s (courtesy of Nintendo Switch Online) SNES version, and I have some interesting observations about the game.

Given how different Breath of Fire IV played and looked from its contemporary Final Fantasy rivals on the original PlayStation, I was pleasantly surprised by BoF I’s similarities to Square’s long running series. The similarities range from over-world traversal to the way that dungeon ‘crawling’ is handled.

Before playing the SNES version of the game, I had played the GBA “enhanced port” of it, and I would recommend the GBA version over the original since it has extra dialog, character sketches, and tweaks that makes the experience a bit more enjoyable. However, as a purist, I wanted to play the original in order to properly gauge how it stacked up to its rivals at the time (1994).

Compared to Final Fantasy VI, Breath of Fire feels a bit behind the 1994 times. Breath of Fire (which curiously, was published and localized by Squaresoft for English speaking audiences) has a simple story, very little dialog, and none of the dramatic flair that helped Final Fantasy VI to become a fan favorite.

If I place myself in the pre-Final Fantasy VI era, then Breath of Fire doesn’t do too bad in terms of storytelling as it pretty much meets the standards set by Final Fantasy IV and V, even if it doesn’t surpass them. Ryu being a silent protagonist, has never helped this series’ storytelling, in my view, but it works here. 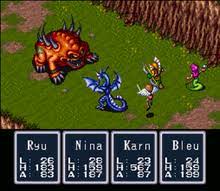 One of the things that surprised about Breath of Fire was its use of a day/night cycle. I don’t know how many games had this feature at the time. My earliest memories of this (a day/night cycle) are from Brave Fencer Musashi, Quest 64, and The Legend of Zelda: Ocarina of Time.

The day and night cycle utilized here does not only affect the look and feel of the game, but it is also crucial for some main quest related tasks, as certain story moving events only happen at night (or conversely, at day time). I found this feature to be forward thinking. I played Final Fantasy I-VI, and I can’t recall either of those titles having a system similar to it.

For the greatness of this innovative feature, Breath of Fire suffers from a myriad of other problems that might not make it enjoyable for newer generations of JRPG fans used to some sort of ‘hand holding’ and directional hints. Unlike the GBA version, the original SNES version has little dialog, and at times, I found myself talking to every NPC in order to find out what I had to do next.

The game doesn’t really tell you what to do with ‘easy’ hints from cast members, so talking to every NPC is a must, especially given the fact that the game has some sections in which back tracking through already explored areas is a must.

Since the game is part of the SNES collection featured within the Nintendo Switch Online program, its original manual is (understandably) absent. I suspect that some explanation of skills innate to certain characters was featured within the original manual, but such vital information is missing here (as we only have the game itself in digital form).

For example, Bo, a “Wolfman” like party member which joins your crew some time after Nina, has the ability to aid the party in cruising through previously impassable wooded areas in the over-world map. I found myself looking for passage to “Agua” for about an hour before I gave up and went to google in order to find out that I had to put ‘Bo’ as the leader of my party’s formation in order to be able to cross through the woods to that section of the game.

Maybe I spaced out during some dialog section that told me of this (most unexpected) procedure that I had to follow, but I can’t recall it, at all.  This isn’t really a complaint about the game, especially within a 1993-1994 context, as I said before, I am sure the game’s manual had instructions pertaining to this.

Breath of Fire is very old school; there is a limit to how many items you can carry in your item menu. Once your inventory is full, you won’t be able to pick up new items found throughout the world hidden in chests unless you make room for them in said inventory.

Level gains are slow, and combat is bare bones, with physical attacks, magical (for magic users), defend, run, and item commands being available at each turn. If memory doesn’t fail me, I think Final Fantasy IV (1991) was way ahead of this one in terms of gameplay, and overall accessibility. Though other party members eventually your crew, and Ryu gains the ability to turn into a dragon I am not impressed by the game’s combat system.

My final complaint comes from the boss battles. Bosses (and all enemies) have a life gauge. This is a good thing, in my opinion, the problem comes from the fact that all bosses have an ‘extra’ secret life gauge bar after you deplete their main life points. Unless you spend a considerable amount of grinding in between boss battles, you will find that this is an annoyance that makes the game unnecessarily hard.

Not all is of ‘prehistoric’ times, in terms of Breath of Fire’s battle system, as only 4 party members can fight at once, at any given time, but I could swap them with other party members in reserve in and out of battles at will (even in the middle of said battles).

Breath of Fire Remains a Decent RPG for the Hardcore

While Breath of Fire’s story is basic sword and sorcery stuff, the slow pace of the game’s gameplay (lots of turn-based random battles, world traversal, and dungeon questing) will turn most, but the truly hardcore JRPG fans away from it. I plan to continue playing the game until its end credits in order to review it.

So far, however, given that this game was released in 1994 (US), the same year that the great Final Fantasy VI arrived on our shores, I find Breath of Fire to be tedious play today, even with the Switch’s save anywhere feature for SNES games.

This game that hasn’t aged nearly as well as the Lunars, and Final Fantasies of the early to mid 1990s. However, if you own a Nintendo Switch, and have an interest in the 16-bit era JRPGs, you can’t go wrong by giving Breath of Fire a try.