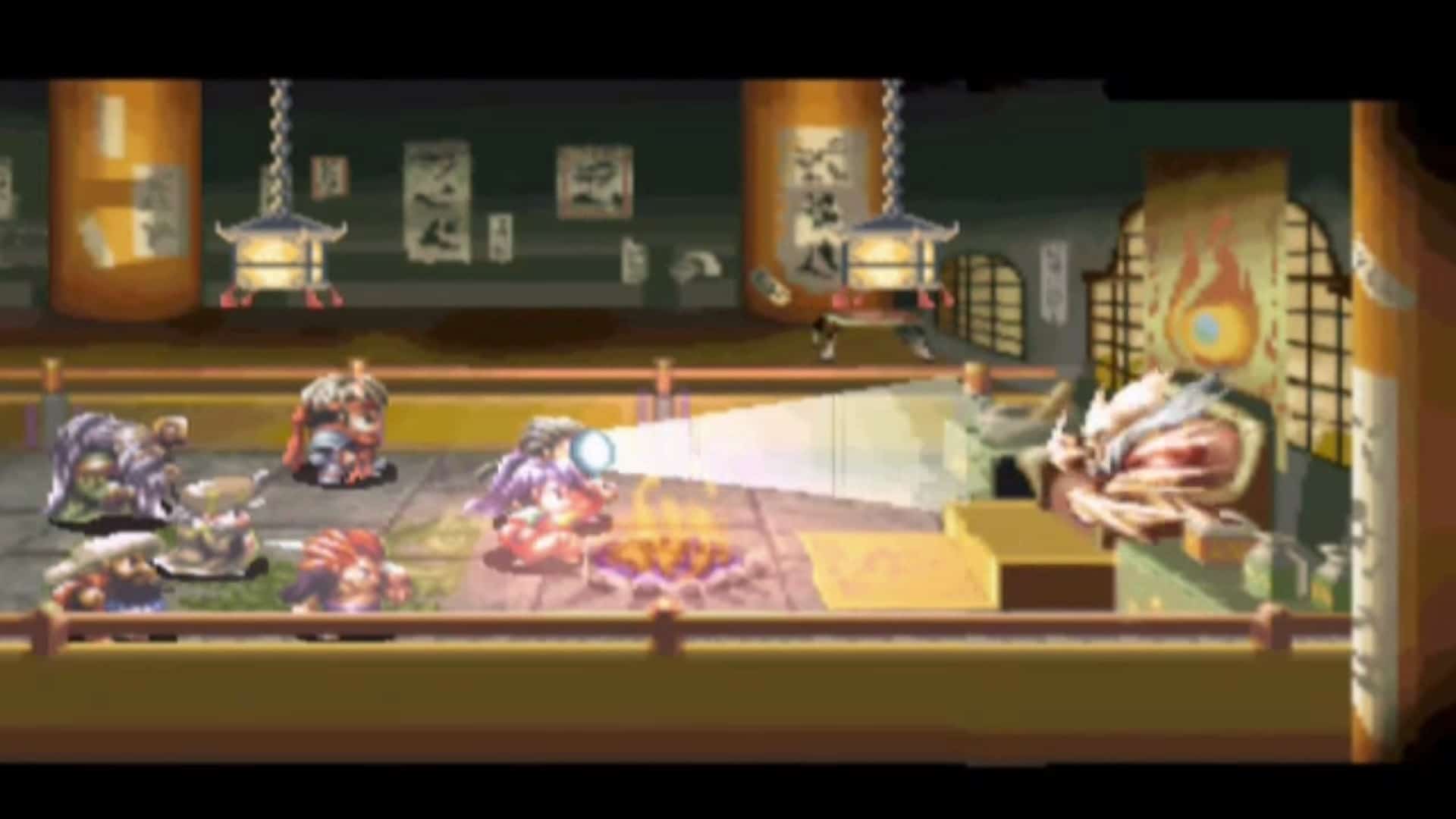 Arc the Lad is the first game in a long running franchise. Developed by G-Craft, the game only saw release in Japan in 1995, and it was not until 2002 that the game saw the light of the day in the US courtesy of Working Designs.

Arc the lad is a 1995 game and it looks like such. It doesn’t look terrible when compared to SNES games, but when you take into consideration this is a PS1 game, it really looks mediocre. Not much effort went into the graphics, and even though there is  a small variety of 2-D locales, the environments look bland and basic.

The Character sprites themselves are very average looking, and when you take into account that this is the first chapter of an epic trilogy, G-Craft really slacked on their graphic designing duties. In the end there is nothing redeeming about the graphical package presented here, however, RPG purists and enthusiasts (like me) will tolerate the simple 2-D graphics because it brings back some of the nostalgia of playing the classic pre 32-Bit era golden days.

The Japanese voice clips that can be heard during battles are a disaster, and can get annoying after a few hours of battling, but the music presented here is a decent effort by composer Masahiro Andoh. Who would go on to compose the soundtrack for the great Arc The Lad Twilight of The Spirits for the PS2.

The only downside on the other wise pleasant soundtrack is the lack of variety of tunes available in the game, but that’s not a knock on Andoh, but more of a side effect of Arc the Lad I being one of the shortest, if not the shortest RPG I have ever played.

The first game in the long running series is also one of the simplest and easiest RPGs ever made. Exploration is basically non existent. You can discover treasures and items but only on the battlefields, and aside from a few pointless quests, there is very little to do in the game, but to follow the main plot.

There is no world map to explore, and you travel from one point to the next (or from battle to battle) in order to advance the story forward. The game plays more like a tactical RPG than a traditional one, and the battles  are tactical affairs in which your characters level up depending on the amount of damage that they dish out. This leveling up system made my Arc (protagonist) character a god in the game, as I only used him during the encounters. This tactic rendered all my other characters obsolete.

This didn’t make much of a difference in the way I coasted through the game as I never saw the game over screen in the 8 hours that it took me to finish the game. This a good game for newcomers to the genre.

A SO SO STORY

Now this might change as I play Arc II and Arc III but as a standalone game Arc I is a pointless quest. The story is as basic as it gets even thought the dialog is as excellent as it usually is in Working Designs published games.  The Story is average, run of the mill RPG stuff, and it won’t pull any heart strings or open any eyes as Arc the Lad’s character development is kept to a minimum.

Yet, strangely, the game sets the stage for Arc II with a few interesting events that has made me interested in playing it.  Considering that most gamers in the states that own a copy of this game probably own a copy of Arc II and III ( Because the games are all bundled in the collection), Arc I is a must play game for anyone interested in RPGs, as it is the only way to enjoy the entire classic collection.

Note the asterisk? Yes, Arc I is a must buy but only because of the other two games that it comes bundled with, however,it is perhaps the weakest chapter in the series and as a stand-alone game it is lacking in many areas.  Buy it if you can still find  the collection on Ebay or Amazon.

Gameplay: 5.0 — The battle system works, and that’s about all you can say for the gameplay in this game.

Music: 8.5 — The best thing about the game, very good tunes accompany this short tale, lack of variety in the tunes, however, take the score down a notch.

Story: 6.0 — The real score here would be a four, but while the game ends on a cliffhanger, The plot manages at the very end to capture the player’s attention, and sparking some interest in playing Arc II.

Addictiveness: 3.0 — Once and done. With its basic plot, and linear system, the greatest thing that this game has going for it is that it ends after only 8 hours.

Overall: 5.0 — Average, Mediocre, and bland. Let’s hope Arc II and Arc III fare better in order to save the trilogy as a whole.

Arc the Lad Collection for PS1 currently holds a Metacritic Score of 78.