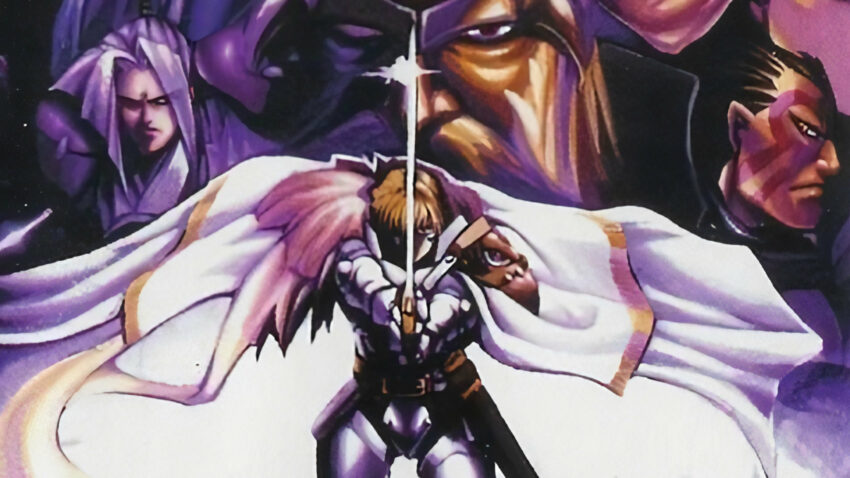 When we think about old classic turn-based Japanese Role-Playing games, Final Fantasy Tactics and the Shining Force series come to mind. A game that is not often mentioned, and it should be (mentioned) among those great titles, is Dragon Force.

Dragon Force is a tactical Sega RPG. It was published by Sega in Japan, but when it came to its western release, Working Designs took it upon itself to bring it over with its typical excellent packaging and wonderful translation. 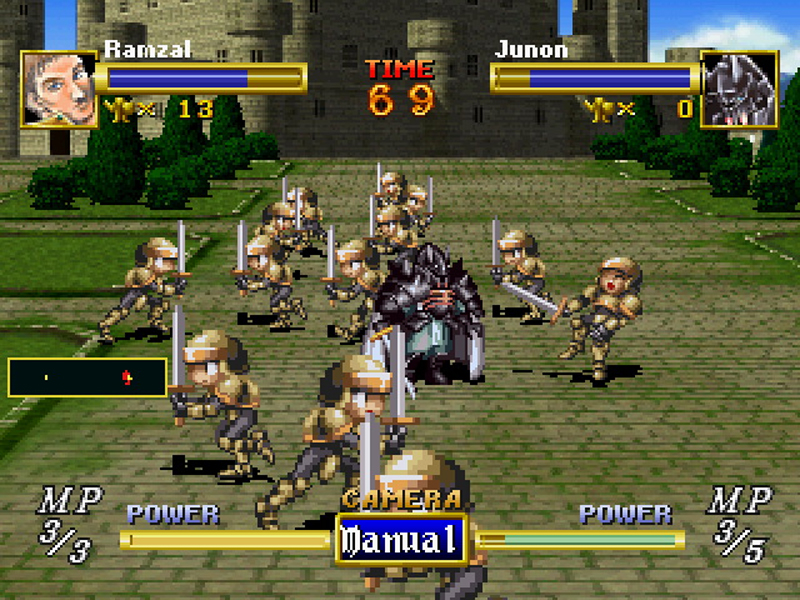 Given how JRPGs would dominate the American video game market during the 1997–2001-time frame, if we were to ignore Sega of Japan’s dumbfounding decision making, it is perhaps a bit difficult to explain why the Saturn failed so miserably in terms of sales.

In 1996, the system had better games than the PlayStation did, and Dragon Force was the main driving reason for this. Sony’s machine did not have a game within the tactical genre to match Dragon Force, until Final Fantasy Tactics arrived in January 1998.

If you were a RPG fan, the Saturn was not a bad machine to own early in its run. Dragon Force was reason enough to own a Saturn if you were a J-RPG fan in the pre–Final Fantasy VII era. Sega’s tactical masterpiece was a massive game.

The game could have up to 200 characters engaging in battle on screen at once, which even by today’s standards remains an impressive number. Apart from that, the game featured 8 factions that could be controlled by the player and had different goals and storylines. In the end, there was an evil villain that had to be defeated regardless of the path chosen.

The story in Dragon Force was complex and full of replay value. Critics praised the game for its impossibly huge battles, gigantic word, and beautifully written tale. Next Generation magazine would famously write that the “game’ itself felt secondary to Dragon Force’s amazing storyline.

Electronic Gaming Monthly would award Dragon Force its Saturn ‘Game of the Year’ and ‘Strategy Game of Year’ honors. The game would also earn the runner up spot to the ‘overall best game of the year’, losing to Super Mario 64. Given the revolutionary and jaw dropping nature of Nintendo’s mustachioed plumber’s 3-D debut, it is understandable why Dragon Force did not win the award.

So yes, Dragon Force was not only a ‘good’ game, but it was also a great one, and it can be argued that it remains one of the best games ever made to this day.

Why is Dragon Force Expensive? 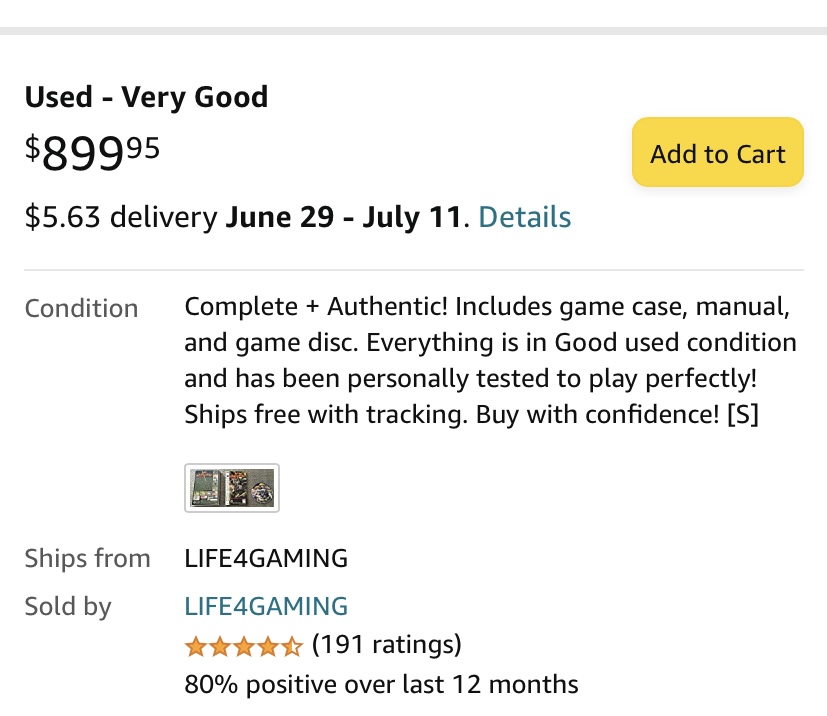 Unlike other Sega Saturn games, Dragon Force sold well. The game sold 150,000 copies in North America which is, if you have followed our weekly “Games that Will Cost You a Kidney” series, a high sales number for a title that remains such a pricey find 26 years after its original release.

So, extremely low sales numbers are not a strong enough reason for its modern high price point. The game sold better than the Dreamcast version of Skies of Arcadia did. Logic says that there are plenty of copies of the game in the wild, and a quick search on Ebay will display a few copies of the game priced at around $400.

Is that “Kidney” money? No. But Dragon Force is one of the most expensive games from the 32-bit era that you can buy. By contrast, you can quite easily find Final Fantasy Tactics for under $50.

On Amazon, as of the time of this writing, Dragon Force is retailing for $349 used and without a case or manual (which would affect its “collector’s value”). The seller claims that the disc has “typical light signs of wear,” which typically means “buy at your own risk.”

However, the game does sell for a kidney worthy $899 if purchased on Amazon with a case, manual, and in “good used condition.”

Being that 150,000 copies were sold in North American alone, I must assume that part of the reason the game is so pricey is that it is a Working Design’s published title, as well as a Saturn one. If we add to that the fact that the game is widely considered a “masterpiece” by JRPG connoisseurs, then we have the perfect recipe for an expensive collector’s item.

Unlike other titles covered on this weekly feature, Dragon Force received a second chance at life on the PlayStation 2, but only in Japan. The game also had a Saturn sequel that saw a 1998 Japanese only release, as the Saturn was dead in America by that point.

Is Dragon Force Worth it Today? 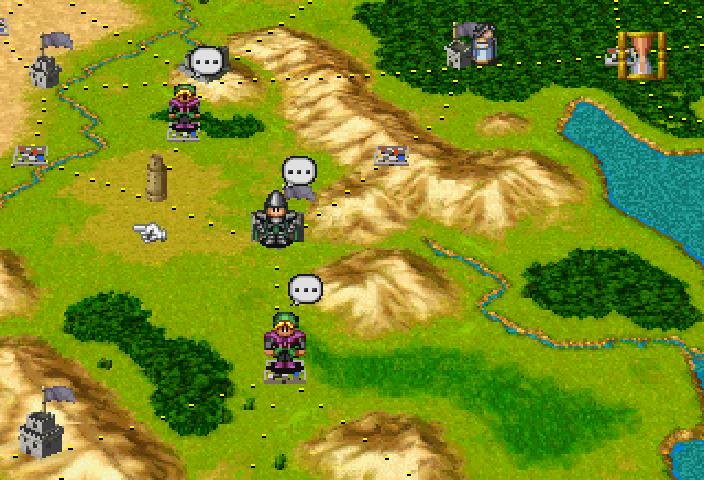 Yes! Only Final Fantasy Tactics is an equal (in my opinion) within the Strategy JRPG space. The game is certainly worth a few play-throughs. I wonder why Sega has never wanted to bring the game over within one of its “retro collections.” It seems Sega is not keen on pleasing JRPG fans from the golden era of the genre.

A Sega Saturn console can retail for about $300-$400 on online shops. If you add to that the $400-$500 average price point for Dragon Force, the entire venture can cost you about $1000. That is a pricey investment, but collectors and hardcore JRPG fans should find enough reasons within themselves to justify the purchase of such an amazing title.

Of course, other (less reputable) options to play the game exist, but if you want the legit Dragon Force experience as it was originally meant to be played, you are going to have to break the “kidney” bank.