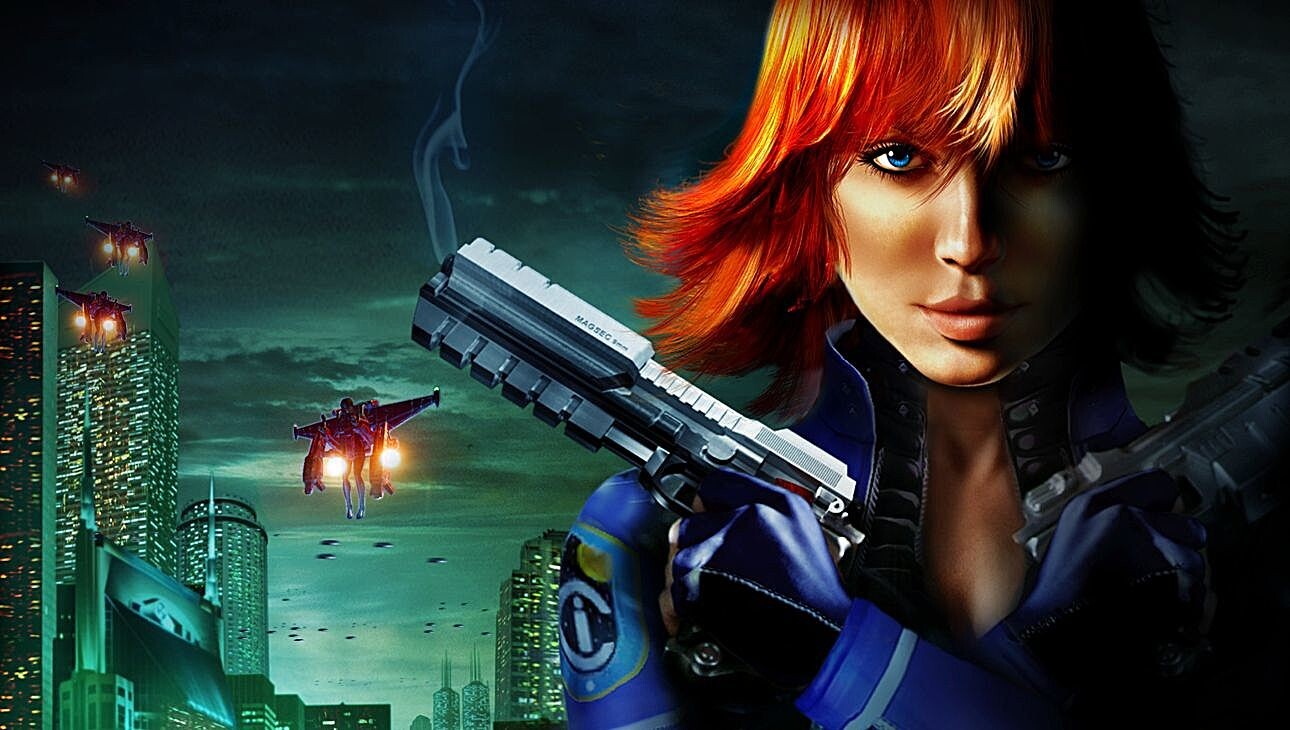 Nintendo’s 64-bit console was a great system, despite its failure to maintain Nintendo’s dominance of the home console market. The system, hampered by its chosen format for media (cartridges as opposed to CDs), featured some of, if not, the most revolutionary games of all time.

The N64 was home to the greatest first person shooters around (apart from PC) during its stint. Most will associate the legendary Golden Eye 007 with it as the premier FPS, but there were other greats, including its spiritual sequel, Perfect Dark.

Perfect Dark Pushed the Nintendo 64 to its Limits

I still remember the first time I saw Perfect Dark screenshots on magazines of the era. I couldn’t believe that my N64 was capable of such visuals, even with its 4MB RAM Pak expansion installed. Then again, Rareware was known for pushing the boundaries of hardware…even further than Nintendo EAD did.

Banjo-Kazooie and Donkey Kong 64 did not have the polish and excellence in game design of say, Ocarina of Time and Super Mario 64; however, Rare games, arguably, looked better.

Rare had a way to compress textures that was superior to Nintendo’s own compression methods, and its games used to somewhat bypass, for the most part, the typical ‘blurry’ looking texture work of most Nintendo 64 games. Debatably, as far as home console games went, GoldenEye 007 was the most realistic looking game that I had ever played (PlayStation included) up to that point (1997-1999), as I had never played a shooter on PC.

Needless to say, the game required the Expansion Pak in order to play campaign, to fully unlock all of  multiplayer modes, and to unlock all options.

A Sci-Fi Campaign Worthy of Remembrance 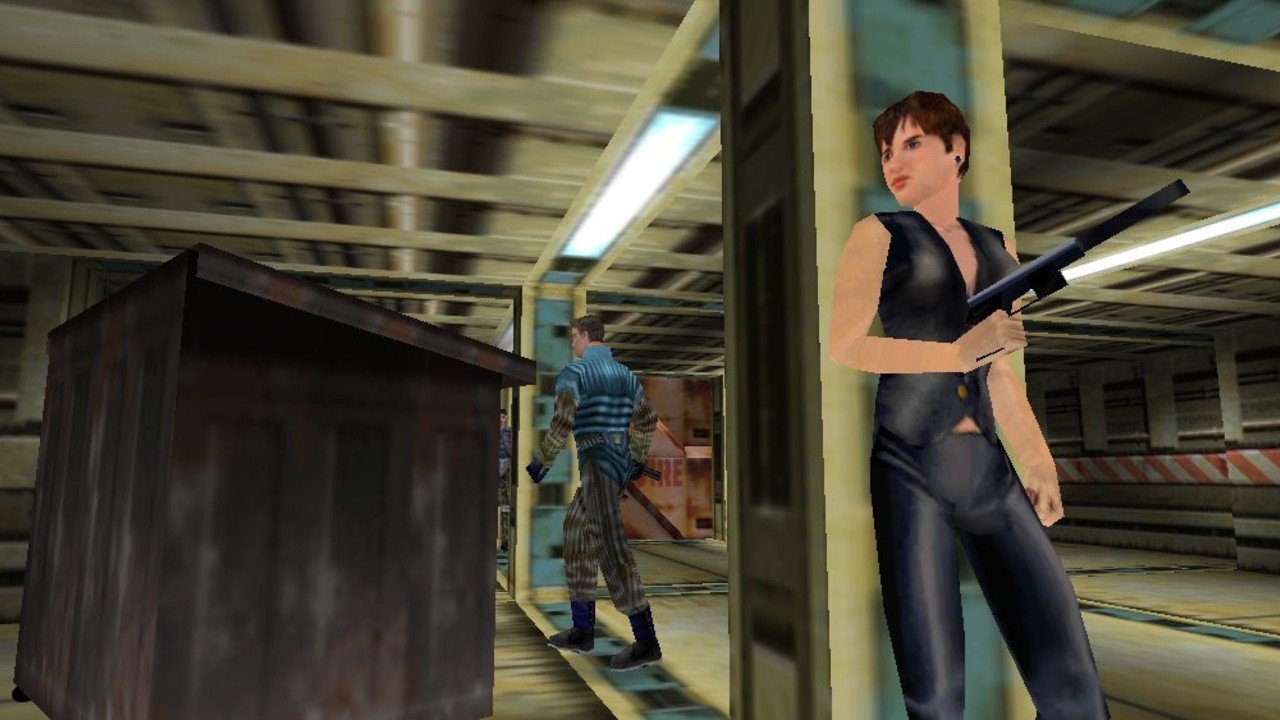 Very few games had as awesome a storyline, within First Person Shooters, as Perfect Dark did. The Nintendo 64 allowed for convincing real-time (in engine) cut scenes that fleshed out the game’s sci-fi storyline. There were twist and turns at every corner, and Joanna Dark was a perfect replacement for everyone’s favorite British agent (James Bond).

The game pits the Grey Aliens (Maians) vs. Reptilian like Aliens known as the Skedar. Both of these races are engaged in an interstellar war with Earth and its two rivaling corporations caught in the middle. Obviously, science fiction mainstays such as the popular Area 51, ancient sunken alien ships, and even a ploy to exchange the US president with a clone are all present in the game’s plotline.

Funnily enough, Perfect Dark joins a large number of media (from books to films) in failing to predict much of what the future (the game is set a year from now in 2023) would hold in terms of technology, such as flying cars…and well…aliens working behind the scenes of powerful corporation.

That said, the scope of Perfect Dark’s storyline was certainly much more complex and ambitious than anything that has been tried within the James Bond franchise. It was quite a step up from the ‘kiddie’ material that Rareware had been known for at that point. 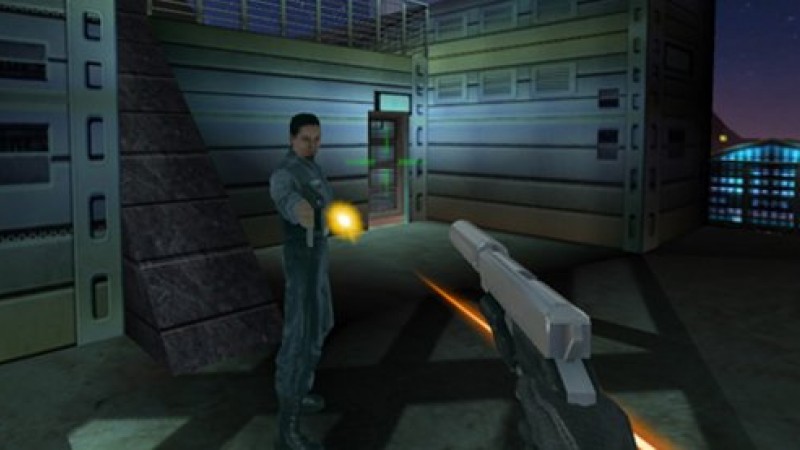 It wasn’t just me that was impressed by the game. Perfect Dark holds a 97% Metacritic rating. Critical scores wise, Perfect Dark is the 16th best rated game of all time. Furthermore, it is only second to The Legend of Zelda: Ocarina of Time as the highest rated Nintendo 64 game.

That said, I have mixed memories of Perfect Dark in terms of how impressive it was to me, when I first played it. In one hand, the game was by far the most impressive looking game on the Nintendo 64, but at the same time, the Dreamcast had been out for months, making the game fall short of the astonishing visuals seen in Resident Evil: Code Veronica.

Perfect Dark had issues, frame-rate issues to be exact. As I stated before, Perfect Dark pushed the Nintendo 64 to its limits, and those limits made for some sharp frame-rate drops, in both campaign and multiplayer modes, and it is here (multiplayer) were Perfect Dark, despite being superior to Golden Eye in modes and ground breaking features, fell short in my opinion.

I had moved into smoother 4-player Dreamcast shooters and that point, and thus, unlike Golden Eye which was a mainstay game during multiplayer sessions with family and friends for years, Perfect Dark was more of a curiosity game when friends came to visit, and one that I didn’t play much beyond a few months after its release (MP wise) mostly due to its poor frame-rate.

Perfect Dark is better than GoldenEye…But…

I don’t feel that it is as iconic a game, and I didn’t play it nearly as much given that the game came late in the Nintendo 64’s lifecycle, since Dreamcast had occupied most of my gaming time from 2000-2002. Even then, the game turned me into a big fan of the franchise. I bought Perfect Dark Zero as result of my admiration for Rare and Perfect Dark’s fictional universe itself.

Truth be told, Perfect Dark Zero was a bad game (Co-Editor Mont Cessna agrees with me on this one), and thus, given the recent rumors of a reboot…I hope that the character (Joanna) and the franchise receives its just due, as the original Perfect Dark was a wonderful game that perhaps was a little too ambitious for 1996 hardware.

Perfect Dark can be enjoyed today in various forms and ports. I would recommend playing this game as part of a Game Pass subscription, as the Xbox ports are very good. For those of you wanting to experience it on original hardware, I would approach the game with caution. Perfect Dark’s frame-rate drops might be too much of a hindrance to gamers used to modern first person shooters.