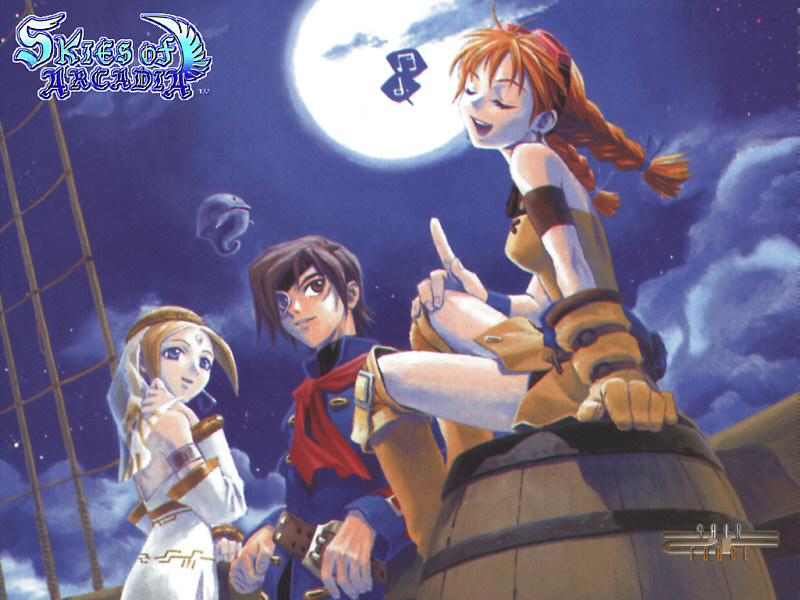 The Dreamcast’s greatest Japanese role-playing game, and perhaps the best JRPG of the 2000s, is not as costly as other entries on this weekly series. However, purchasing a working copy (with case and booklets) of Skies of Arcadia remains a considerable investment in both of its versions.

Skies of Arcadia the Greatest JRPG of the 2000s?

However, as a game very few RPGs from the era (or any era) gave the epic sense of adventuring into the unknown as well as Skies of Arcadia did. The entire quest was one which took place in a sky populated by floating islands and continents.

Vyse, Fina, and Aika were a likable cast, and even the collection of villains that made periodical appearances throughout the game’s run time were entertaining to read. Skies of Arcadia looked like a proper 3-D RPG of the time too. The game featured beautiful locales and detailed polygonal characters that could be fully appreciated behind a close third person camera.

Unlike Grandia II, Skies of Arcadia felt like a proper 3-D RPG. In my opinion, Skies’ visual display and large explorable world is what made it the superior Dreamcast RPG.

The only complaint that anyone could have had about the game was its high frequency of random turn-based battles. This issue would be fixed on the game’s GameCube port.

Why is Skies of Arcadia so Expensive? 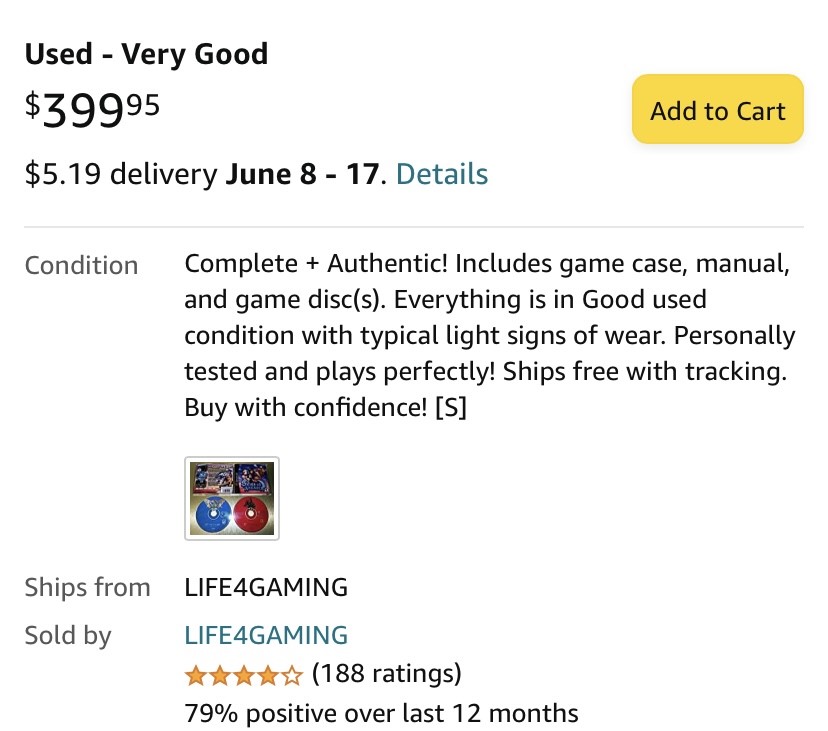 As mentioned above, the game is a damn good one. Older great JRPGs are pricey. In addition to that, Sega quickly abandoned the game after the GC’s 2003 release. Skies of Arcadia would also not receive digital releases or remasters, meaning that the only legitimate way to play it is to get a Sega Dreamcast or GC and purchase a copy of the game. Said game copies now hover around the $400 mark for a working disc (or discs in the DC’s case) with all of the original materials (booklets and case) included.

Now, $400 seems like spare change in comparison to Panzer Dragoon Saga’s asking price, but I remember acquiring the game 22 years ago for $39.99. Skies of Arcadia aged very well, and if you have a working copy with its original case you have a game that has gained a lot monetary value over the last two decades.

The main issue for Skies of Arcadia being a pricey find, despite being one of the greatest JRPGs ever made, is that it did not sell well. In fact, the former statement was quite polite in describing how poorly the game sold.

The Sega Dreamcast having an early death contributed to Skies of Arcadia’s demise, as it only sold 90,000 copies on the system. That’s an astronomically low number of copies sold for a AAA JRPG of the era. The GC version of the game sold better with 220,000 copies.

That said, the numbers above mean that there is a limited amount of copies available at online retail which makes Skies of Arcadia all the more valuable, and perhaps, coveted by JRPG aficionados and collectors.

Is Skies of Arcadia Worth its Price Tag?

For the foreseeable future, Sega has no plans of remastering Skies of Arcadia, and if this continues to hold true, then the game’s value will inevitably rise over the next decade. While I am a sucker for original releases, I would argue that prospective buyers would be better off hunting the GameCube version down, as it has extra content and should be easier to find a working GameCube (or Wii through backwards compatibility) these days.