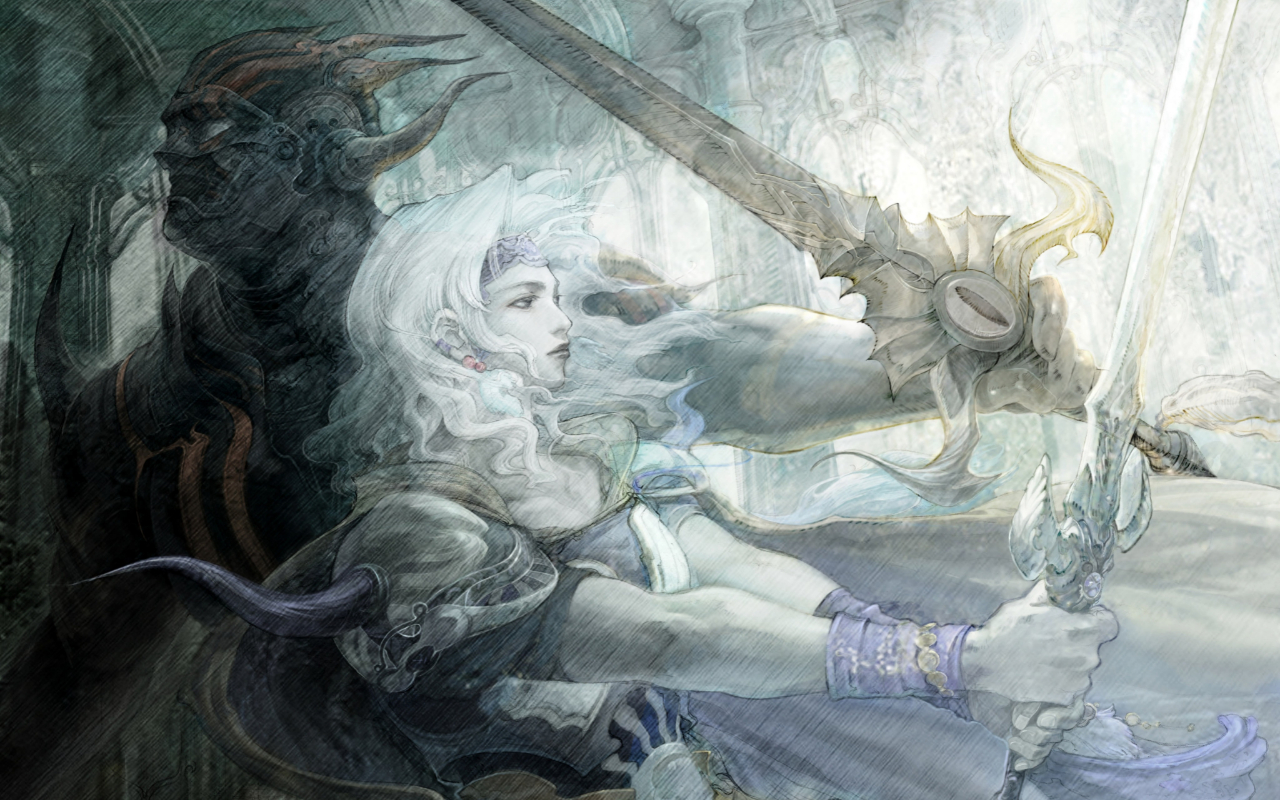 Last week, we listed the best games of the year 1990 according to GameRankings.com. That year was dominated by Sega Genesis arcade conversions. Today, we list 1991’s greatest games according to their critical average on the now defunct site.

This week the SNES takes over the listing, and that should not come as a surprise. The Super Nintendo Entertainment System made its American debut on August 23, 1991, and consequently, it was the toast of the town during that year. The system would go on to win the console sales war of the 16-bit generation, and its stellar debut in 1991 certainly helped its case. 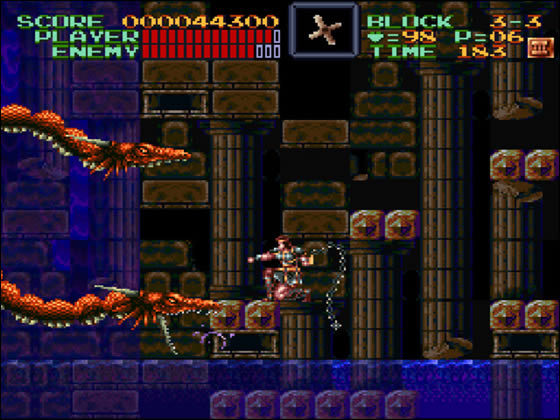 By this point in 1991, Castlevania had established a great reputation as a bankable and successful franchise. Castlevania IV was the franchise’s 16-bit debut and was a proper and impressive graphical upgrade from its 8-bit days.

Super Castlevania IV was not only a critical darling, but it is also considered one of the greatest games of all-time. The game is consistently praised by critics for its use of the SNES’ Mode 7 and its action-oriented gameplay. The title is also renowned for how tough it is to complete.

Gamers these days find modern franchises like Dark Souls daunting, Super Castlevania IV was a hardcore’s hardcore game. Furthermore, it was one of the best reason to own a Super Nintendo Entertainment System back in 1991. 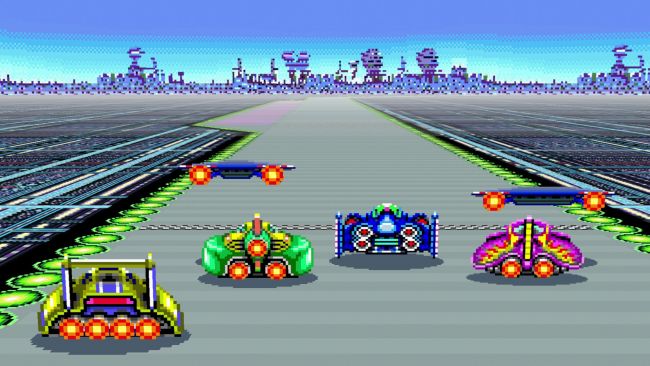 F-Zero is another game that utilized the SNES’ Mode 7 to great effect. F-Zero was Wipeout before Wipeout and a 3-D racing game years before 3-D racing games hit their stride in the 32-bit era. F-Zero pioneered the futuristic racing genre with fast gameplay and damage driven mechanics.

With 15 tracks to compete in, F-Zero was one of the largest and most replay-able racing games of the early 1990s. The game provided the SNES with an incredible ‘not possible on Genesis’ technical showcase that helped to drive its early sales and to raise the system’s early ‘superior to Genesis’ perception amongst gamers.

F-Zero’s only downside was that it didn’t have a multiplayer mode in an era where two player split-screen multiplayer options were expected from racing and competitive games. Today’s world of social distancing and online only multiplayer gaming was an unthinkable thing 30 years ago. 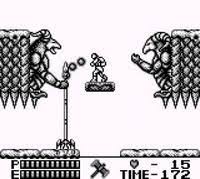 The fact that the game was so fun and polished in portable form probably helped to sway the critics at the time, helping them to hand out great scores for the title. While the game continued to use the password system (for keeping up to date with your progress throughout the game), Super Castlevania IV was short, and the Belmont moved a tad slower than its console counterpart.

These issues were properly addressed by critics. Nonetheless, most loved the game. Belmont’s Revenge is generally considered the best Castlevania game on the original Game Boy. Portable Castlevania? Sign me up! 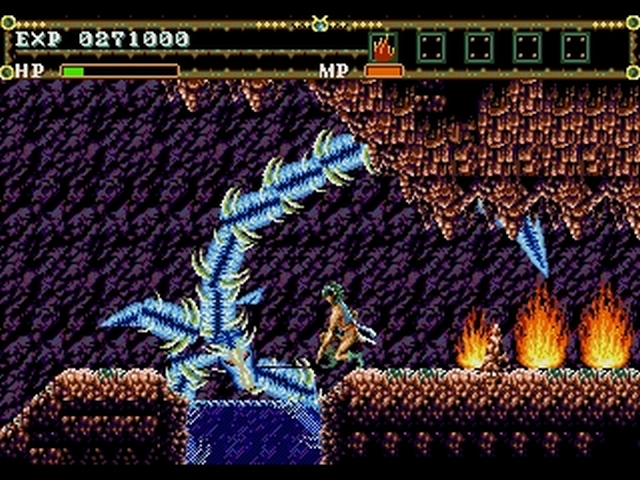 Spanish name aside, El Viento (which translates into “The Wind”) is a Japanese platforming title. That said, El Viento was unique inn the platforming genre as it featured an interesting fictional universe with a storyline taking place years after Earnest Evans (another Sega Genesis title).

The game takes place in 1920’s New York City and is heavily influenced by H.P. Lovecraft’s works. Our protagonist tries to stop a cult from reviving an ancient god. In some ways, El Viento was one of Sega Genesis’ rivals to Castlevania, and critics praised its challenging fast gameplay and incredible visuals.

Developed by Wolf Team, which is now known as the Namco ‘Tales Team’, El Viento also shares the important distinction of being the second-best Genesis game of 1991. It is the second of two Genesis entries on this largely dominated by Super Nintendo Entertainment System games listing. 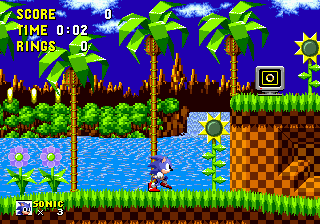 If we go by this listing, the Sega Genesis was in big trouble when the SNES launched. Nintendo had dominated the previous console generation. While the Sega Genesis had done a better job than the Sega Master system in securing a chunk of the console market space, Sega needed a true winner: A mascot that could be turned into an icon.

Sega would get just that in the form of Sonic the Hedgehog. The little blue hedgehog had a bigger attitude than Mario and a larger sprite. He was also faster than Nintendo’s plumber. Yuji Naka programed Sonic to take  advantage of the Sega Genesis’ fast processor. In practice, Sonic the Hedgehog should not have been feasible on the SNES.

In that sense, Sonic provided the Sega Genesis with both a unique and likable mascot and an unrivaled technical showcase of its hardware capabilities. Sonic was a challenging platformer and the reason for millions of gamers to flock towards the Sega Genesis as their primary home console of choice.

Critics fell in love with Sonic’s ultra-fast gameplay and incredible visuals, but felt the game lacked depth in comparison to Super Mario World. The small complaint about ‘depth’ did not matter, as the game was a commercial success. Sega of America did a tremendous job in marketing Sonic the Hedgehog, and the game would go on to sell 24 million units worldwide.

Sonic the Hedgehog was a seminal moment for Sega, as it turned the Sega Genesis into a true threat to Nintendo’s dominance. At this point, it seemed like Sega would be around for a long time in the hardware business on the strength of its charismatic blue hedgehog. 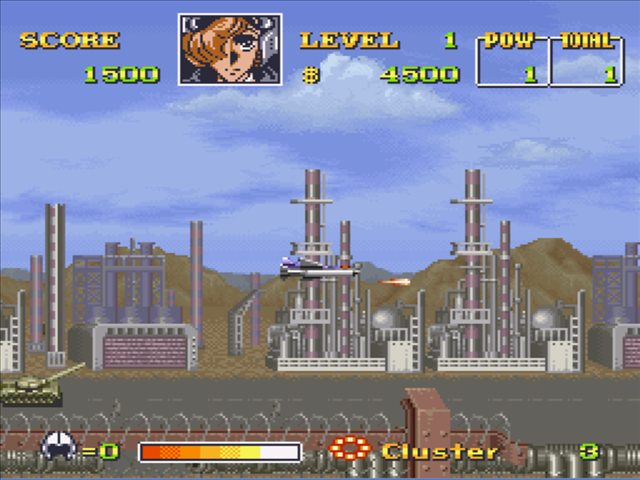 Capcom’s U.N. Squadron’s appearance here should not come as a surprise. As we saw on last week’s 1990’s list, side-scrolling shooters were all the rage during this time period. UNS allows players to start the game with $3,000 and a basic F8 Crusader plane. Upgrades and other planes became attainable as the player progressed through the levels and gained money.

The game had been a huge success at the arcades before receiving its stellar SNES port. Critics lauded the game as one of the best games of 1991 and as one of the all time great ‘shoot’em ups’. The SNES had a winner in a genre where Sega Genesis arcade ports had dominated the commercial market. 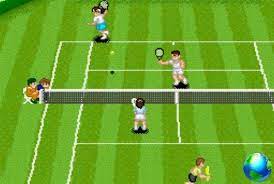 Tennis games were big in the 1990s. They provided unparalleled multiplayer fun and were relatively easy to pick up, even for newcomers to sport games. Super Tennis marked the first time that critics were mesmerized by a Tennis game, and its multiplayer mode was key to its success.

Super Tennis featured plenty of single player modes for solo gamers. The game’s use of Mode 7 gave the impression of a 3-D tennis court. Furthermore, the game’s developers were very attentive to details such as ball runners getting the tennis ball off the court when it got stuck on the net. These details might not mean much today, but back in 1991 such attention to the simulation of a tennis match was unheard of.

Critics would particularly praise the game’s multiplayer mode, and some still consider Super Tennis as one of the greatest Tennis games ever made on any console platform. 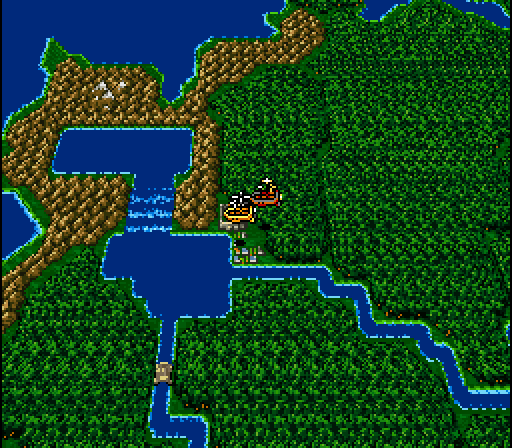 Final Fantasy IV was a big a jump from the previous title in the series, featuring a likable cast with each character in the party having their own background story and an interesting villain to spice things up. Back in 1991, dramatic storytelling within video games was highly unusual, but Final Fantasy IV changed that.

Leaps in storytelling prowess were not the only advancements made by Final Fantasy IV. The game also introduced the Active-Time Battle system to the series’ brand of combat. The game also utilized the SNES’ Mode 7 to enhance the title’s visual presentation when traveling by airship. In some ways, Final Fantasy IV might be the most innovative and influential title in the series when it comes to gameplay.

Final Fantasy IV would lose to The Legend of Zelda: A Link to the Past in the eyes of Japanese (Famitsu) critics, but it would receive the highest scores in 1991 only second to that game (in Japan). American critics praised the game as the new standard in the role-playing genre upon its release. Some even considered the game as the “ultimate” RPG, as its graphics, storyline, and musical score were unrivaled at the time of its release. 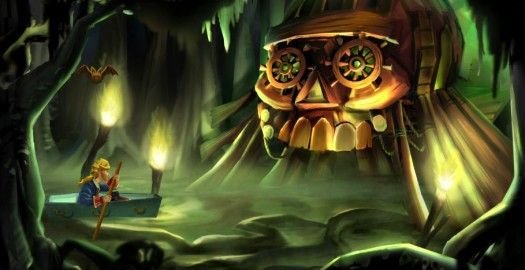 Monkey Island’s relevance as a great game continued into 1991. Once more, the PC game makes to the top ten of the year’s list of releases in terms of critical acclaim.

Monkey Island 2 shares the same development team as the first entry in the series, but part two would be the last for the original team as Monkey Island 2 was a commercial failure. MI2 had players taking on the role of Guybrush Threepwood once more as he searched for the legendary treasure called “Big Whoop”.

As you can tell by the interesting names mentioned above, MI2 continued the tradition set by its predecessor by featuring a humorous professionally written storyline where players were encouraged to make choices while solving clever puzzles along the way.

Point and click adventures are something of an extinct dinosaur these days, but Monkey Island 2’s critical success showcased that in the early 90s there was a place for the genre to exist, even if the game didn’t thrive commercially. Critics praised the game’s stunning visuals and funny dialogue. It is too bad that PC gaming at the time was not as big as it eventually became during the latter half of the decade. 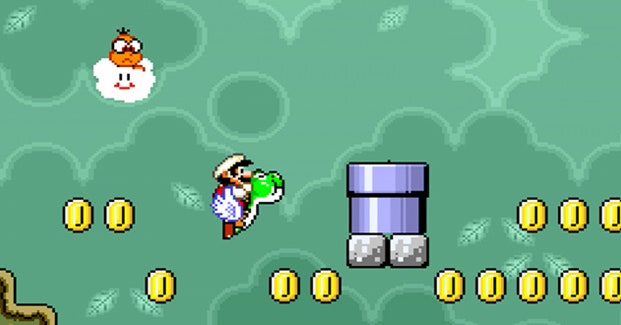 By far the best game in 1991 came in the form of the SNES launch killer app, Super Mario World. This is not surprising, anyone who played Super Mario World back in the early 1990s will attest to its greatness. Shigeru Miyamoto might have achieved 2-D level design perfection in Mario’s 16-bit debut.

Super Mario World introduced Yoshi the dinosaur to the masses as Mario’s mascot companion. Yoshi’s introduction was an important milestone in terms of gameplay and level design for the game, but it was also new marketable character that Nintendo would go on to make huge profits on in subsequent years.

Despite SMW’s reputation as a masterpiece, Miyamoto felt that the game was rushed out of the door and ‘incomplete.’ The reason SMW was rushed? Nintendo’s need to meet Sonic the Hedgehog head-on with its own worldwide famous mascot.

Critics would be more than kind to SMW, as they praised the game’s design and many hidden secrets, but they were split at the time on the game’s visuals. In retrospect SMW is considered one of the more beautiful games of the 16-bit era, but in its heyday some critics were more awestruck by Mode 7 games like F-Zero.

Super Mario World went on to sell over 20 million units and it is considered one of the greatest games of all time thanks to its replay ability and multilayered design. Unlike previous Mario games, SMW allowed players to take alternate routes towards the game’s satisfying conclusion.

The Super NES eventually overtook the Genesis in sales, and Super Mario World was one of the reasons behind Nintendo’s 16-bit triumph.

The Best 10 Games of The 1990s Decade According to GameRankings

The Best 10 Games of 1990 According to GameRankings