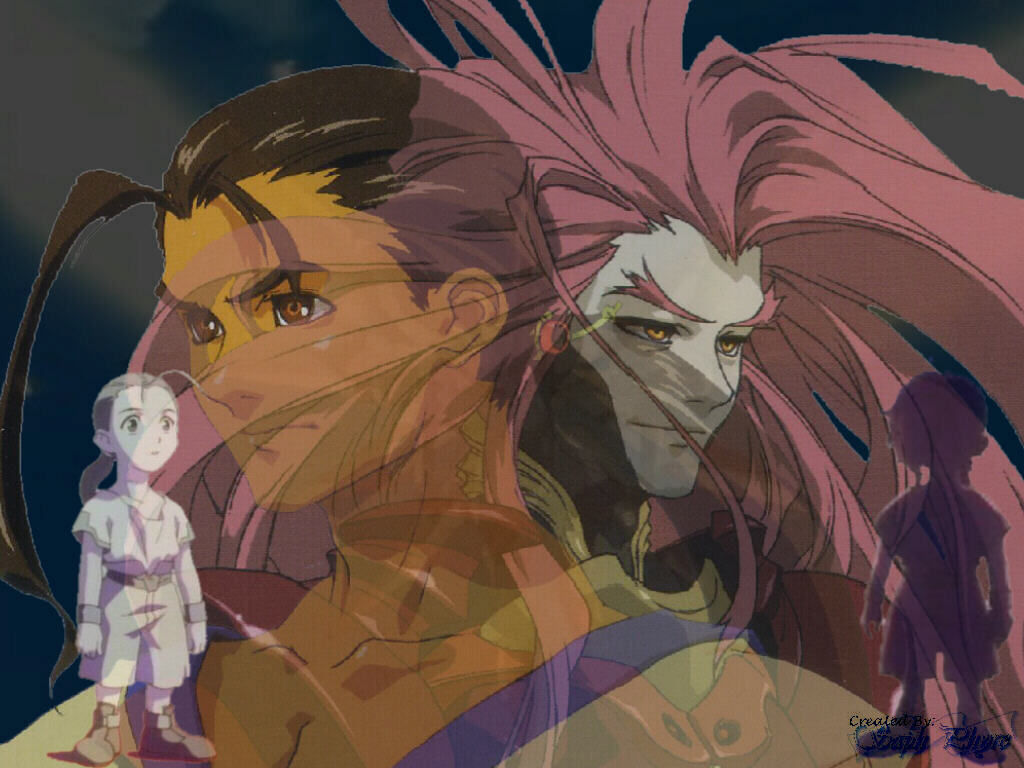 Okay, so this game compilation technically cheats by being composed of a duet of SNES JRPGs, but it counts as a PlayStation release.

While Final Fantasy IV showed its age by 2001, and it is not as highly regarded by most fans as Final Fantasy VI is, the inclusion of Chrono Trigger on this package made FF Chronicles a must buy.

Chrono Trigger has a strong case for being the greatest traditional JRPG ever, and thus justified the high scores that critics gave this collector’s package. It is possible that many gamers who have played Trigger had their start here, as the SNES sales of the title weren’t particularly strong outside of Japan (Less than 300,000 copies in America).

Final Fantasy VI provided a wonderful historical perspective on how far the series had come since 1991, but 1995’s Chrono Trigger provided an unique, and ageless classic that even in 2001, played better than most J-RPGs that were released after it.

Grandia set out to be Sega Saturn’s competition to Final Fantasy VII. While it didn’t hold up to Final Fantasy VII’s standards, it is certainly a fantastic JRPG worth your time. The game was eventually ported to the PlayStation in 1999 and holds the Metascore of 89 for that version.

Many publications went on to compare Grandia to Square’s Final Fantasy series, and praised its colorful presentation. The battle system is innovative, and character progression was executed perfectly.

The story is also considered to be one of the better ones for JRPGs, although the voice acting for the English version is often criticized. There are also a number of translation mistakes that can take away from the overall experience. However, even with those set backs, Grandia makes for a wonderful JRPG experience.

Alundra is often times compared to Zelda since its gameplay is similar, but in it a lot of ways it takes what makes Zelda good and builds upon that. Alundra is an action-RPG that manages to carve out a beautiful story to go along with it. Unlike many other action-RPGs, the story is actually worth your time.

There is a big emphasis on puzzle solving and exploration in this title. There are terrain elements that effect the player as well, like sand to slow you down or lava to cause damage to you. Combat is real-time action and there are also some platforming elements within the game.

In many ways, Alundra surpasses Zelda titles and is a breath of fresh air. Unfortunately its sequel, only a spiritual successor, did not follow in its footsteps. But Alundra is a fantastic RPG that proves that action-RPGs can also have an amazing story-telling experience attached to them.

Also considered to be a JRPG masterpiece and a classic is Lunar 2: Eternal Blue Complete. Originally it was released for the Sega Saturn (as a remastered port of 1994’s Sega CD version) in 1998 and eventually ported to the PlayStation in 1999. The English released was published by Working Designs, and the game was developed by Game Arts, the same folks who developed Grandia.

Lunar 2 is often praised for its likable characters and their development. There is also a powerful romance between two main characters that stand out. There is a lot of dialogue too, which helps flesh out each and every character.

The story takes place about one thousand years after the events of Lunar: Silver Star Story Complete. Much like it predecessor, Lunar 2 was praised for its outstanding story and characters. It is certainly a masterpiece worthy of this score, if not higher.

Last, but certainly not least, is Xenogears. Xenogears kicked off the Xeno franchise and certainly made a big and bold impression. There are many elements in this title like religion, mechs, psychological disorders, and even pirates, but they all blend together in a unique and unforgettable experience.

The game’s combat is controlled by an ATB (active time battle) system. Once a character’s ATB gauge fills, it will be their turn in battle, much like Final Fantasy VII. Utilizing the mechs, or “gears” in battle will drastically change the statistics and abilities for each character. That feature is one of the many things that separated Xenogears from other RPGs.

Although it was critically and commercially successful, Xenogears is often times overlooked, especially by the Final Fantasy franchise. However, not many JRPGs can compete with the likes of Final Fantasy VII, but Xenogears comes close. Its ambitious storyline and engaging combat definitely defines it as one of the greatest JRPGs of all time.

The PlayStation console was a powerhouse for JRPGs. Even at the bottom of the top ten, there are still amazing and excellent JRPGs. It is always good to look at the PlayStation library from different angles and compare what critics loved to what fans loved.