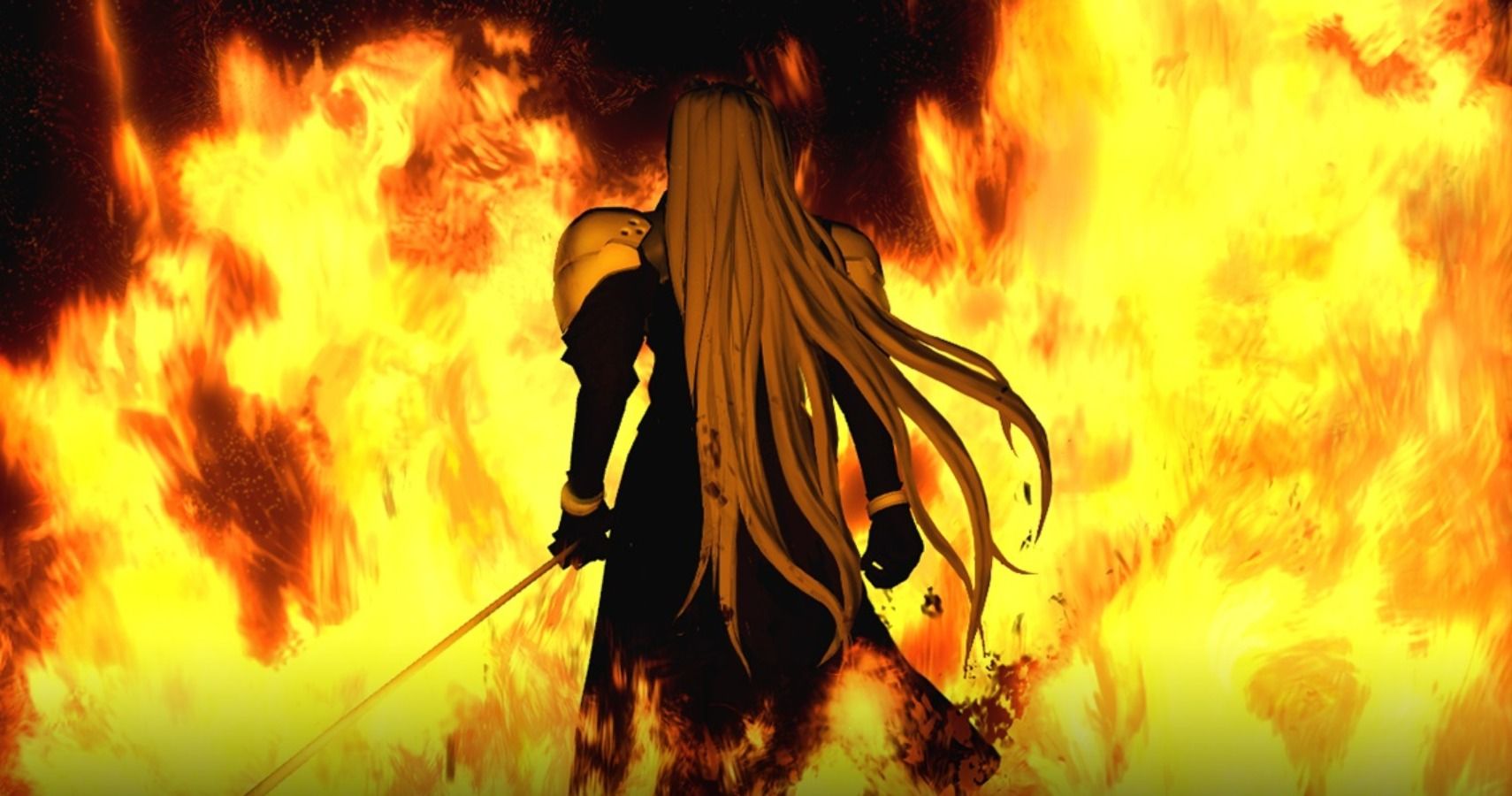 Ah! 1997! The year where pop music and JRPGs boomed into mainstream consciousness. By this time, the Sega Saturn was done, as rumors of a successor codenamed “Black Belt” were flourishing quickly in western media.

Proof of the Saturn’s impending doom is that none of its games made it to the top ten listing for the year. The Nintendo 64 settled on a pattern of “quality over quantity” release schedule that would haunt the system for years to come. Simply put, the N64 had the best games, but its library in terms of quantity was anemic in contrast to the PlayStation’s.

Finally, the PlayStation began to flourish with older gamers thanks to its varied library of high-quality games. In the year that the Backstreet Boys started the boy band craze in the US with “Quit Playing Games with My Heart,” which games were dearest to the critics’ hearts? Let’s find out! 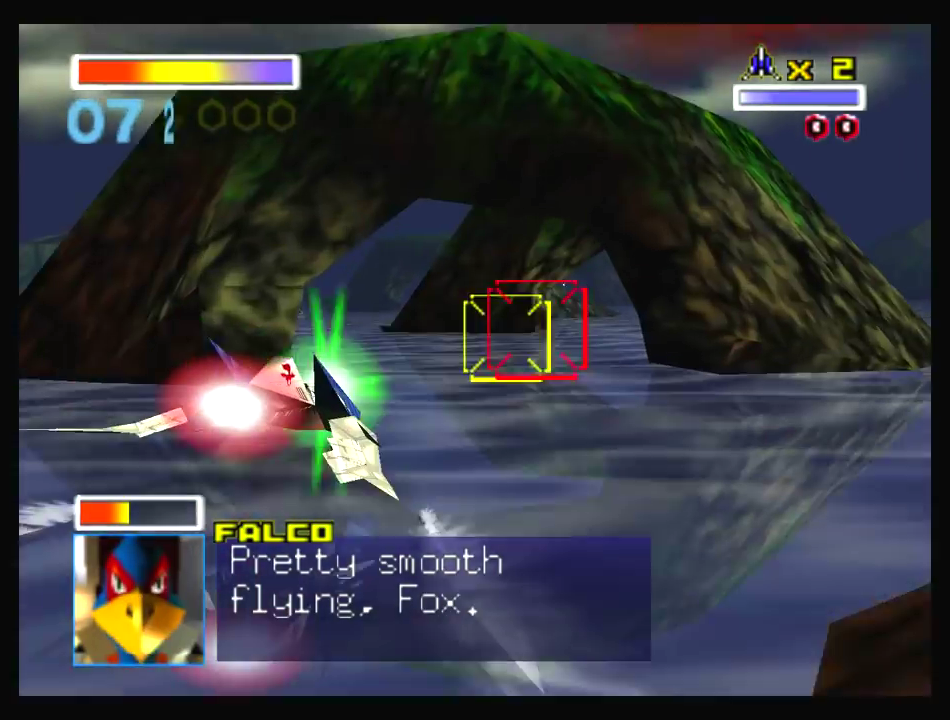 Star Fox 64 was an important N64 release. After Mario 64 the system received a few great titles but not a AAA Nintendo first party hit of this magnitude. Star Fox 64 pioneered control ‘rumble’ features thanks to the inclusion of the Rumble Pak with the game.

The game also had the best visuals in a shooter up to that point in time. For example, the smooth reflective sea water on Corneria remains a good-looking graphical effect to this day.

Star Fox 64 was a substantial improvement from its SNES predecessor and was a highly replayable title featuring alternate pathways through the Lylat system with differing difficulty levels.  A variety of vehicles apart from the main Arwing made the game a challenging shooter with unexpected challenges.

With sales of over 4 million units, Star Fox 64 was a considerable success for Nintendo. It remains the best Star Fox game ever released, as the series has never quite reached the Star Fox 64 pinnacle again. 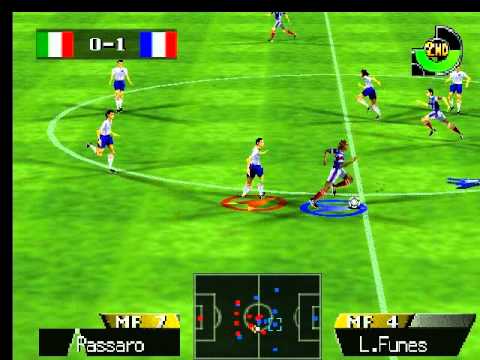 Sports games were big in the 1990s, since they usually served as technical showcases for new hardware. The Nintendo 64’s sports library was no different in this regard. ISSS64 was special and might have been the system’s best sports game. The game has often been hailed as the best soccer game of the generation and is part of Konami’s famous Winning Eleven series.

ISSS64 would end up winning the Electronic Gaming Monthly 1997 “Sports Game of the Year” award and would be the winner of the same award in the first iteration of the Academy of Interactive Arts & Sciences award ceremony.

While the Fallout series was brought to mainstream prominence by Bethesda’s excellent Fallout 3, the series got its start much earlier in 1997.

Developed on a 3-million-dollar budget, Fallout was a turn-based RPG set in a post-apocalyptic world ravaged by nuclear warfare. Fallout was deeper and much more complex than the usual role-playing gaming experience on home consoles. PC gamers were used to complexity in their games, and the game’s deep systems of customization and character progression were welcomed by the aforementioned gamers and critics alike.

While Fallout was a critical success and considered a small commercial win, the game underperformed on that front. Fallout sold 600,000 copies, a significantly lower number than what Final Fantasy VII eventually would go on to achieve at retail. 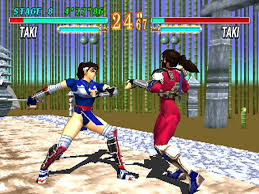 Soul Blade was a weapons-based fighter from Namco. In many ways, it was Tekken with weapons. This was not a bad thing considering the massive commercial and critical appeal of the Tekken series in the 1990s.

Weapons in the game had their own health bar. When a weapon’s bar was depleted, the character would be forced to duke it out unarmed. Critics loved the game’s fighting system with many preferring it over Tekken.

Many of these critics praised the PlayStation version’s intro and story mode which were absent on the arcade version of the game.

Soul Blade served as predecessor to Soul Calibur, and while the Dreamcast port of the latter title is the one that received most of the glory in retrospective looks, there is no denying that Soul Blade was one of the best games that could be played on the PlayStation in 1997. The PC platform has always lent itself well to simulators. Longbow 2 was a helicopter simulator that allowed gamers to man different military helicopters in order to complete randomly generated missions.

Critics praised Longbow 2 for its visuals and deep simulation mechanics. The game won most of the flight simulation of the year awards from computer magazines of its era. Longbow 2 was not necessarily a sales success with less than 100,000 copies sold, but critics appreciated the value of a fantastic flying simulator. 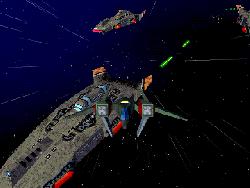 The Nintendo 64 had Star Fox, but the PlayStation has Psygnosis’ Colony Wars. Like Nintendo’s popular game, Colony Wars had an array of missions with the possibility of different outcomes, but the game was a bit more of a simulator than Star Fox 64’s more arcade like experience.

While Star Fox 64 was not necessarily a “children’s” game, its artwork and setting certainly facilitated the game for a younger audience. Colony Wars was a much more mature space shooter aimed at the ‘teenage to adult’ class of gamers, featuring a decent plot with a much more complex gameplay system.

So how did the critics like Colony Wars? The game beat out Final Fantasy VII on Electronic Gaming Monthly’s PlayStation Game of the Year Awards by being a runner up to the eventual winner (Castlevania: Symphony of the Night). Critics loved the game’s audio-visual combination, with many hailing it as a technical masterpiece on Sony’s little gray machine. 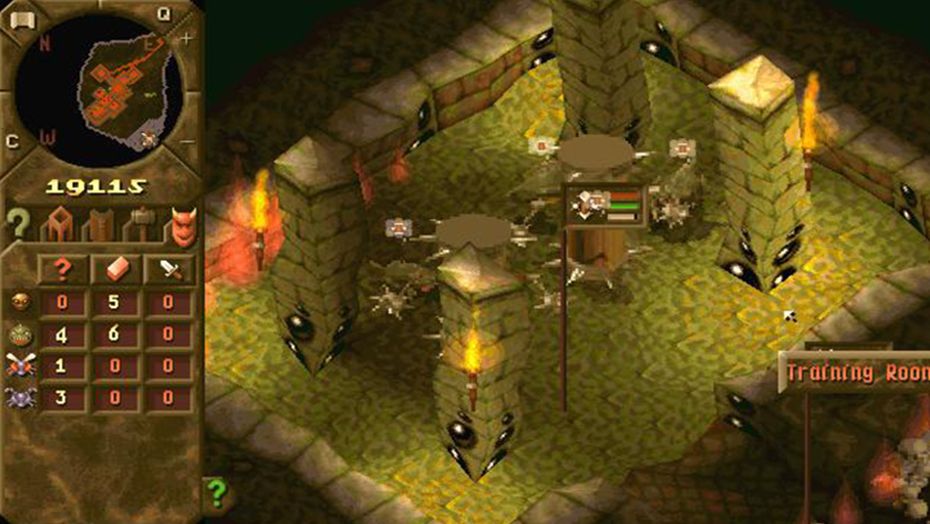 Peter Molyneux is best known for his Fable series, but years before he would grace Xbox owners with one of the most unique role-playing games in existence, Molyneux made Dungeon Keeper.

DK is a strategy game where the player crafts and manages a dungeon in order to defend it from enemy invaders. The game allows players to recruit minions and position them strategically in order successfully fend off said attackers.

Dungeon Keeper goes much deeper than a simple ‘defend a fort’ strategy game as these minions need to be fed and properly taken care of by the player. Beyond that, the game offered unparalleled customization options and a multitude of ways in which the dungeons could be defended.

Critics loved the game’s multiplayer mode and commended the game’s fresh and dark premise which had the player take the place of the villain allowing him/her to slay fairies, monks, lords, and other traditional heroic figures.

In 2014, The Guardian listed Dungeon Keeper as one of Britain’s greatest 30 games of all time. 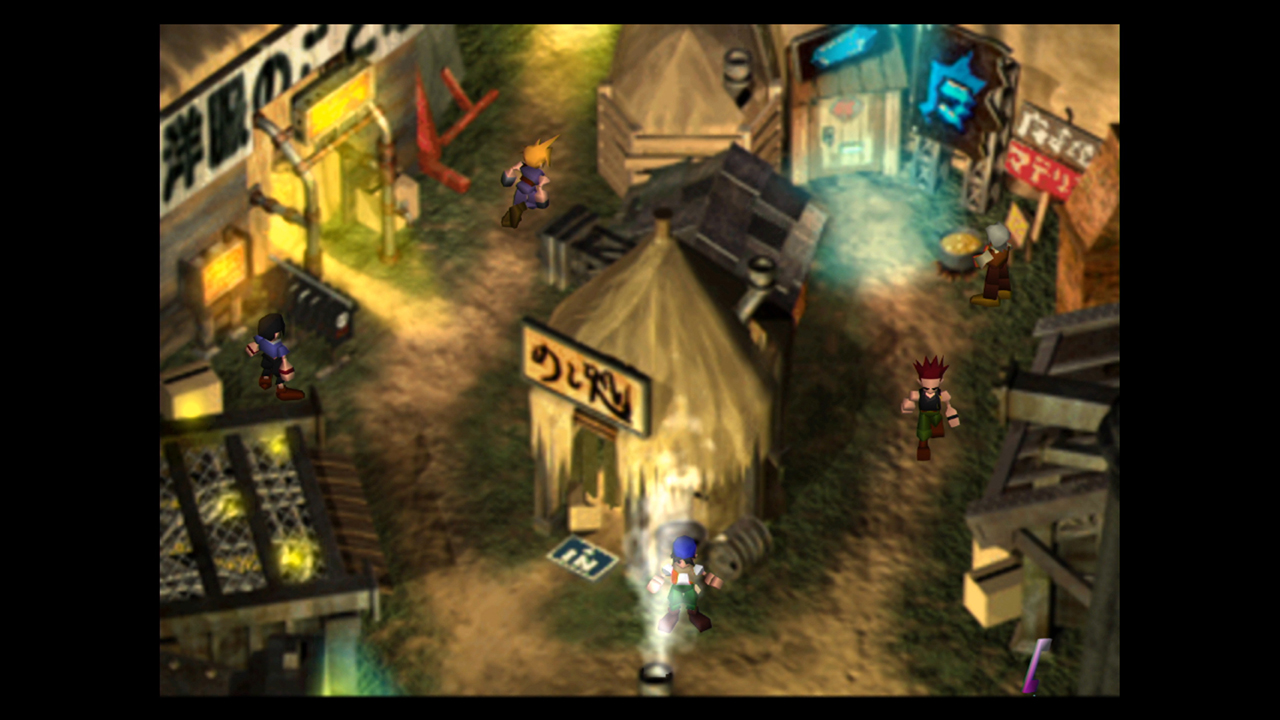 The king of JRPGs? Maybe. While many will claim that Final Fantasy VI was always the better game, there is no doubt that no other RPG did more than Final Fantasy VII in helping to establish the genre as a commercially viable one with mainstream audiences.

Final Fantasy VII utilized a mix of pre-rendered backgrounds that were populated by polygonal characters. It featured a large 3-D over world, as well as 3-D battle arenas that held detailed 3-D character models in those instances.

However, it would be Final Fantasy VII’s story and fabulous soundtrack that really made an impact with critics everywhere. Popular video game’s site, GameSpot, famously commented that “never before have technology, playability and narrative combined as well as in Final Fantasy VII.”

Apart from its global critical success as the ultimate role-playing game masterpiece, Final Fantasy VII was largely responsible for the PlayStation’s rapid growth in 1997. Despite Nintendo having some of the best games of the year, the PlayStation would take off in sales and never look back. 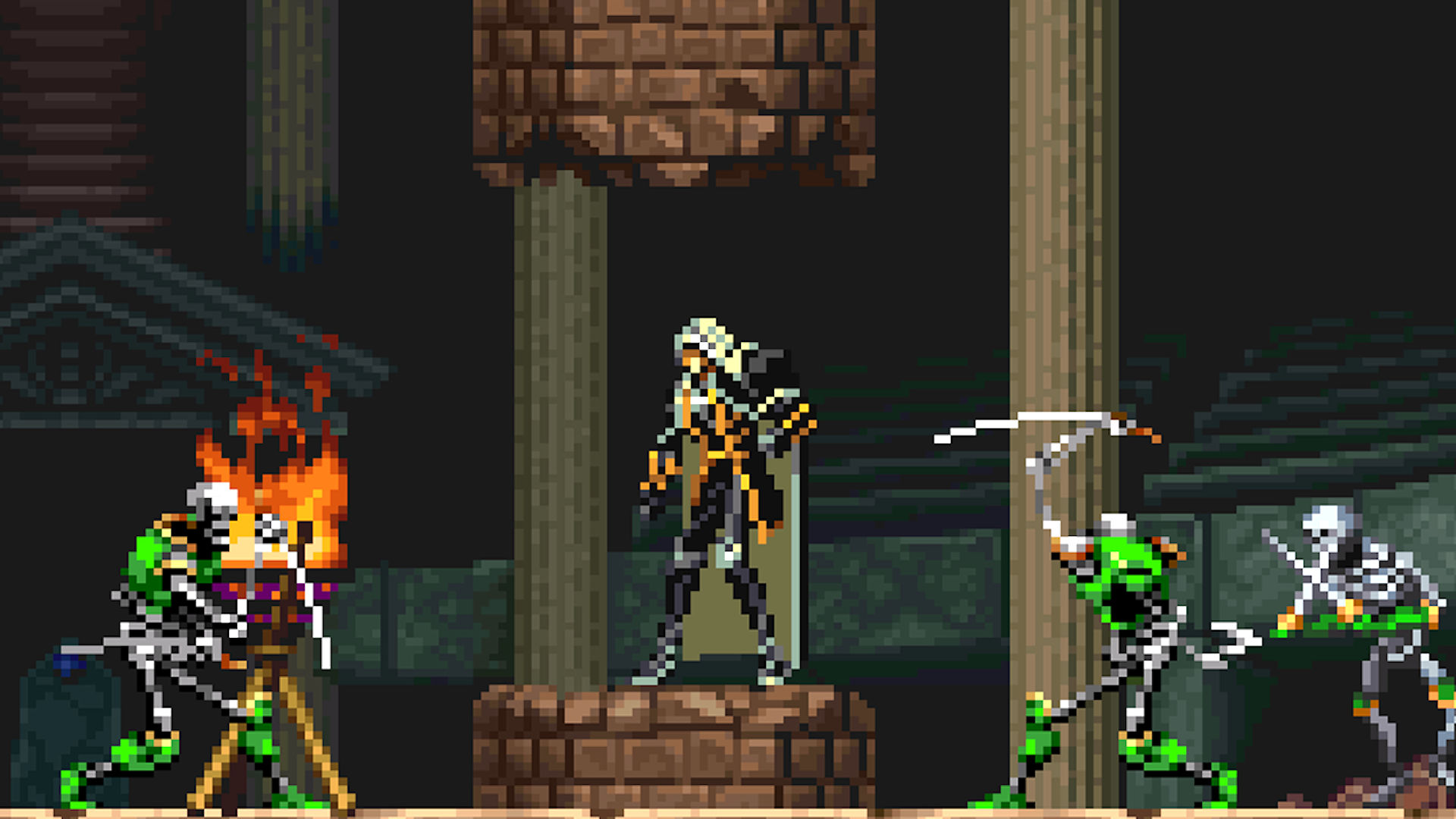 Castlevania was a huge franchise in the 1990s, and the PlayStation was graced with its greatest entry…ever. Symphony of the Night featured non-linear level design, exploration, and even some role-playing elements. The game is considered a pioneer of the “Metroidvania” genre.

Critics lauded the game’s massive world and the free-roaming design of it. SotN also featured a great plot-line that kept gamers immersed in ways that other action-adventure games had not done so prior.

Symphony of the Night is considered by many to be the pinnacle of 2-D gaming, as it was a game that managed to outperform the ‘new and cool’ 3-D games of its time in terms of critical reception. Despite the existence of the mighty Final Fantasy VII, Symphony of the Night would win Electronic Gaming Monthly’s PlayStation game of the year award and it would end up being the runner up for our number one game on this list. 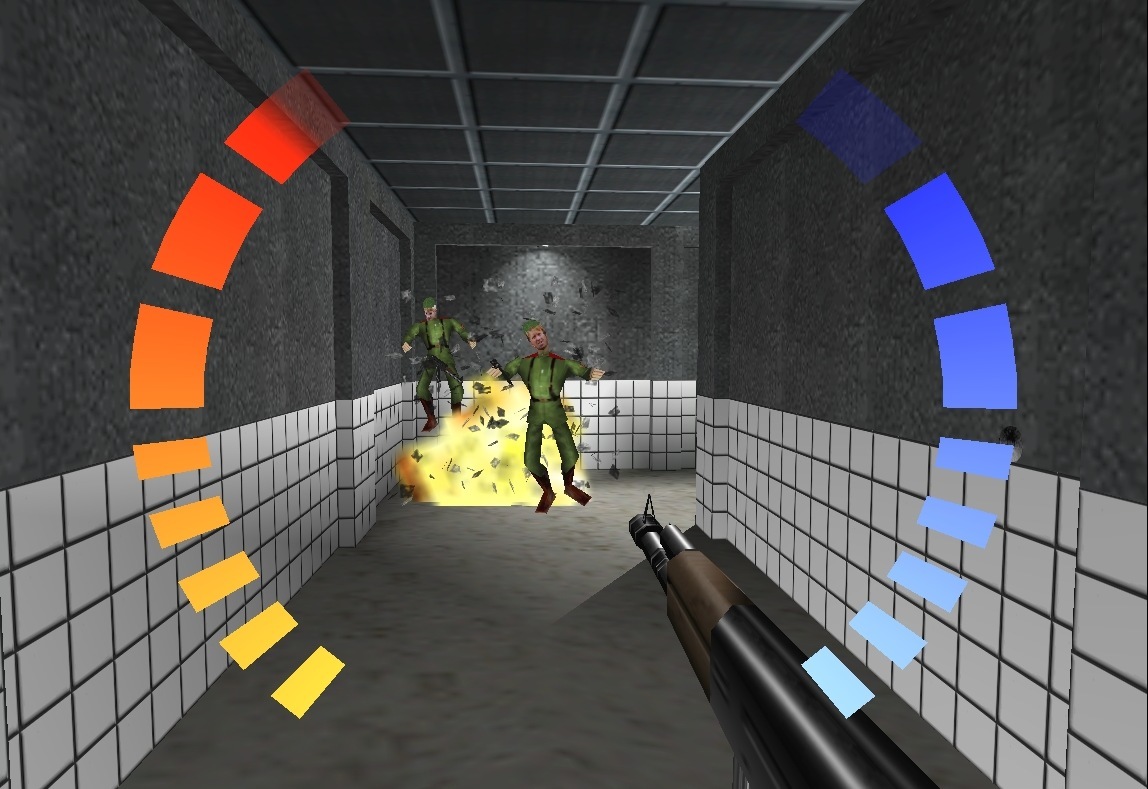 As I have often stated, the Nintendo 64 did not have the most games, but some of the few first party games that it did have were truly the best games of its era. From 1996 to 2000 (before the arrival of the PlayStation 2) the Nintendo 64 had three consensus game of the year winners. This is the most out of any of the competing systems.

Golden Eye did in 1997 what Super Mario 64 had done in the prior year: It revolutionized an entire genre and blew away the doors out of anything that else that had come prior to it. You would be hard pressed to find a better looking 3-D game at the time of Golden Eye’s release. The visuals were ultra-realistic and the animation was peerless.

Golden Eye was more than just a good-looking game. Rare’s first person shooter introduced objective based levels to the genre, and these levels asked players to complete progressively tougher objectives depending on the difficulty settings chosen before a mission’s start.

The game ditched Doom’s corridor design in favor of large areas (in some of the missions) that could be explored in different ways. Modern first person shooting mainstays such as sniping enemies from a distance and getting different reactions from shot placement on these were new and extremely satisfying in 1997.

The game would go on to sell 8 million copies and earn nearly every available 1997 ‘game of the year’ award. Golden Eye was not only the best game of 1997, but an immortal icon of the era.