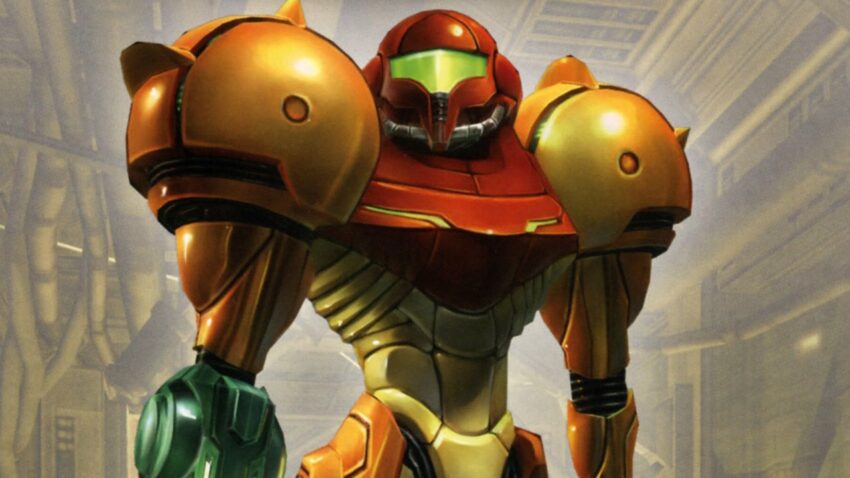 2002 will forever be remembered as the year of the GameCube. Nintendo’s little purple box received two of the greatest games of all time in Metroid Prime and its “next gen” Mario entry. The PC platform makes a return with a few games, and Grand Theft Auto continues its rise in popularity and critical acclaim.

This was the year where Nickelback topped the charts and the excellent Lord of the Rings: The Two Towers almost grossed a billion dollars worldwide. Yes, 2002 was a great year! Today we travel back twenty years in order to explore GameRankings’ best games of 2002! Enjoy! I will be honest; I did not enjoy Super Mario Sunshine the first time around. Super Mario 64 set an impossibly high bar that a tropical themed Mario couldn’t vault over.

Critics gave the game great scores, not Mario 64 ‘great’ scores, but amazing scores nonetheless. After all, when has Miyamoto and Nintendo EAD ever made a bad game? Super Mario Sunshine introduced new gameplay elements powered by Mario’s water pack.

Sunshine was a challenging and good-looking romp. At the time, the game must have featured some of the most impressive water effects yet seen in a video game. The game ended up selling 5 million units which was an impressive number given the lower sales of the Nintendo GameCube as standalone console.

Critics praised the game’s graphics, sound, and gameplay mechanics. While most critics never considered Sunshine to be the superior Super Mario game in the franchise, some did. Game Informer called the game “the best Mario game to date.” Praise like this managed to bump Super Mario Sunshine into the 10th place on this list. 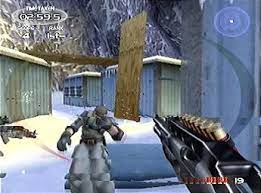 The PlayStation 2 was not known for its first-person shooting prowess. Sony’s machine, as the least powerful hardware of its generation (well, the third most powerful hardware ahead of the Sega Dreamcast), did not handle first-person games as well as the Xbox or even the GameCube. However, the PS2 did have some decent shooters like Time Splitters 2 in its catalogue.

Time Splitters 2 was a multi-platform release, meaning it was not a PS2 exclusive thought it scored higher on that platform than in other versions. This was a byproduct of the PlayStation 2 not having many other great shooters.

Critics praised Time Splitter 2’s framerate and local multiplayer component and felt that it was the best shooter available on the PS2. A subpar single-player mode kept the game from climbing higher on this list. 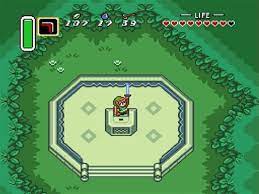 Some old timers still swear that A Link to the Past (and not Ocarina of Time) is the greatest Zelda game ever made. The 2002 Game Boy Advance port brought the game to a newer generation of Zelda gamers who got into the series following Ocarina of Time’s breakout success.

With two million units sold worldwide, A Link to the Past was a moderate success for Nintendo on the GBA platform. The game was a faithful port of the 16-bit classic, and critics fell for the game’s challenging gameplay which included tough boss fights and difficult puzzles.

A Link to the Past remained a lengthy adventure and did not feel out of place within the GBA library of games. The games multiplayer component, Four Swords, where four players could join to conquer puzzles in cooperative mode, was met with universal praise. The game’s multiplayer mode was considered a “brilliant addition” at the time. 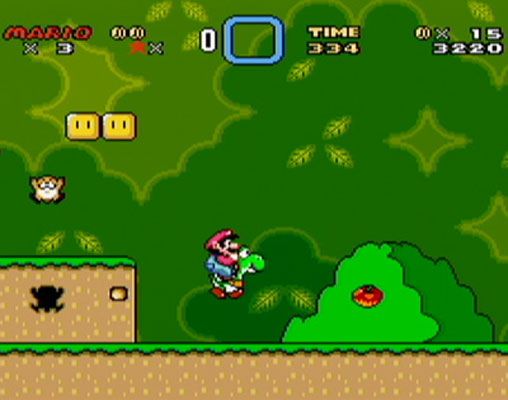 If you ever wondered how Nintendo could survive to consecutive losing hardware wars from 1996 to 2006, the answers are simple: The Game Boy platforms, Pokémon, and first party software sales. Despite the failings of the Game Cube in terms of hardware sales, Nintendo as a game maker kept producing great games and selling millions of copies of them.

Nintendo has four games on this list (the most out of all hardware makers). Even when Nintendo has been down in terms of hardware sales, they have continued to be the best game maker in the world. Super Mario Advance 2 is an example of this.

Like A Link to the Past: Four Swords, SMA2 is a port of a SNES classic, Super Mario World. The Game Boy Advance was a perfect portable platform for 16-bit ports. SMA2 is the same great game that it was on the SNES, but with a few changes. One of these changes was the addition of Luigi as a reworked optional character with different abilities than his more popular brother. 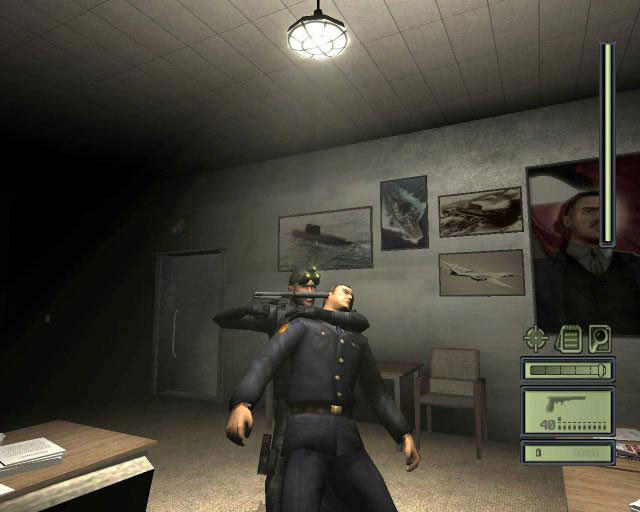 Splinter Cell was Xbox’s answer to Metal Gear Solid 2. However, by comparison, Splinter Cell felt and looked like it was a generation ahead of anything on the PlayStation 2. Its lighting effects were stunning on Xbox.

Splinter Cell would receive ports to the PS2 and GC, but the Xbox version was far and away the superior experience as many of its visual effects could not have been handled by lesser hardware.

Critics praised the game’s visuals and how it utilized its awesome lighting system to further evolve Metal Gear Solid 2’s stealth formula. The game encouraged careful stealth play as the player’s weapon selection was limited and ammunition was scarce throughout the game’s missions.

IGN named Splinter Cell the 2002 Xbox game of the year, and the game won the overall best graphics of the year award too. 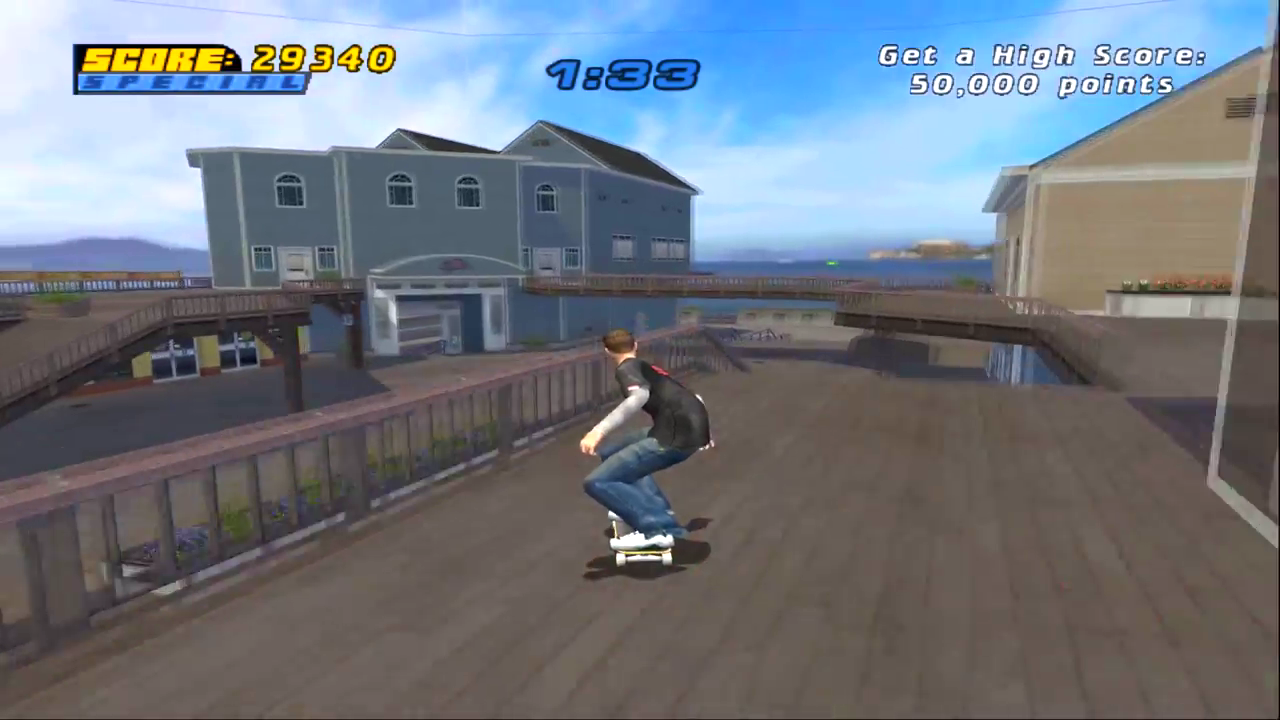 Another list, another Tony Hawk game. Extreme sports continued to be popular in the early years after the turn of the century, and thus, THPS continued to be a important franchise.

Once again, the PlayStation 2 version managed to score higher than the other conversions of the title. THPS 4 is considered an improvement and refinement over the previous games in the series. Critics praised the larger maps and increased difficulty.

At this point, the THPS was beginning to run its course and it did not win as many awards for the year as previous entries had at their respective releases. 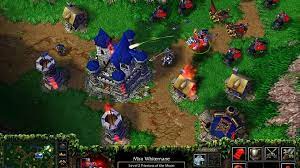 The PC once again enters the top five of a “best of the year” list with a real-time strategy game. Warcraft III was more successful than most. The game sold a million copies within its first month and would be one of the ten best-selling PC games during the first half of the 2000s decade.

Critics raved about the game’s gorgeous visuals, unparalleled control of units, and its fleshed-out storytelling for every optional faction in the game. The game had an outstanding amount of visual detail for title its size and offered nearly unlimited hours of gameplay. The game’s factions were properly balanced and its multiplayer component was highly addictive.

GameSpot would give the title its “game of the year” award, and other publications have rated the game highly on their all-time “best” listings. 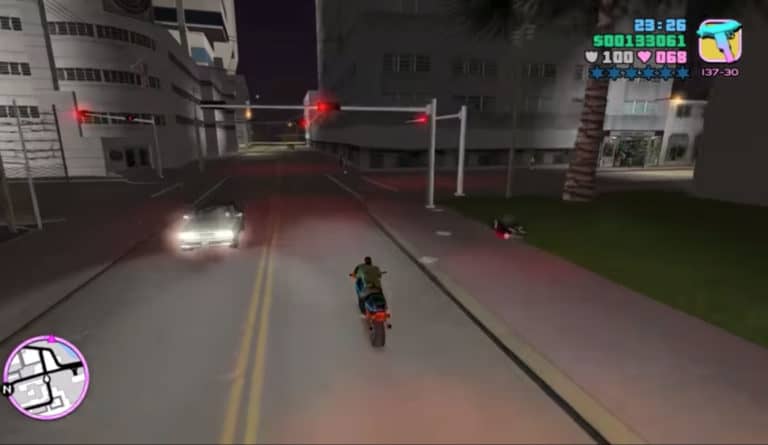 Yes, GTA III would make its way to PC six months after its release on the PlayStation, and the PC version was equally well received. Given that at this time (2002) the PC platform was considerably more powerful than the PlayStation 2, the PC version of the game featured enhanced visuals and control improvements.

The game did not get rid of the awful PS2 pop in, but it upped the resolution of the in-game textures. Some criticism was levied at the fact that the game could crash and for it to to look better than the PS2 version there were some hefty system requirements.

Most gamers during this era played on home consoles, and thus, GTA III pulled in very conservative numbers in terms of sales (over 400,000 units) when compared to its PS2 sales. One thing was clear though, critics were not tired of the GTA formula. GTA III allowed PC gamers to add another solid game to their gaming library. 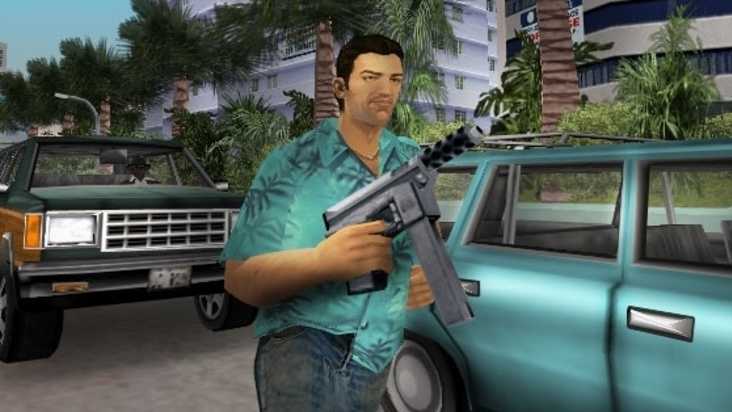 At the time, I thought Vice City was a huge improvement over GTA III. It looked better, it felt smoother, and in my opinion, it had the better tale. Like GTA III before it, Vice City was a PS2 timed exclusive, and it helped to move units of Sony’s popular sophomore hardware.

Vice City was 1980’s themed and took place in a Miami Vice inspired setting which was incredibly cool twenty years ago. Can you imagine a game taking place in the 2000s today? Yep, that was the feeling in 2002 with Vice City, except that 1980s were cooler than the 2000s.

Critics immediately fawned over Vice City and its improved visuals, awesome music, and overall world design. While we take these games for granted today, GTA (and Vice City in this case) offered unparalleled freedom of exploration and game world engagement.

Vice City looked better, and perhaps, consequently, felt livelier than Liberty City. Music and sound wise few games were better. Draw distance and controls were improved, but critics did mention the otherwise dumb A.I. of the game’s NPCs in some of their reviews.

Grand Theft Auto: Vice City would go on to sell over 8 million units worldwide, making it one of the most successful standalone titles of the decade. To 1990s kids, the GameCube might not have been as memorable a machine as the SNES or the Nintendo 64, but it still, arguably, had some of the best games of its era. Metroid Prime was such a game.

Metroid Prime did for Metroid what Ocarina of Time did for The Legend of Zelda, it translated a successful and nearly perfect formula of 2-D game design into the 3rd dimension. While Shigeru Miyamoto oversaw the project, Metroid Prime is, for all intents and purposes, an east meets west collaboration.

Retro Studios crafted a masterpiece that could proudly stand along Super Metroid as one of the greatest games ever made. Metroid Prime was called a First-Person Action-Adventure rather than a ‘First-Person Shooter’ and the designation was appropriate at the time, as exploration and puzzle solving were key to its game design.

Metroid Prime ran at 60 frames per second with visuals that would have made an Xbox owner proud and PS2 owner jealous. The game was not only an incredible achievement in game design but also in the technical use of the GameCube hardware.

Prime would go on to sell 2.84 million copies, but its real success came in the form of critical reception. Electronic Gaming Monthly was not known for handing perfect scores, the only games that come to mind in achieving this feat were The Legend of Zelda: Ocarina of Time and Metal Gear Solid. Metroid Prime joined that herculean company as it also attained such a distinction with the magazine’s editors.

Many publications rated Metroid Prime as one of the top three best games on the Nintendo GameCube with only Resident Evil 4 and The Legend of Zelda: Wind Waker rivaling it in critical reception. Critics felt that Metroid Prime further evolved the genre from what other games like Halo, which were action-focused, had done.

The only faults that could be found with the game were the excessive back tracking and lack of focus in storytelling. However, few games can match the immersive nature and overall atmospheric presence of Metroid Prime. Truly, Metroid Prime is the best game of 2002.