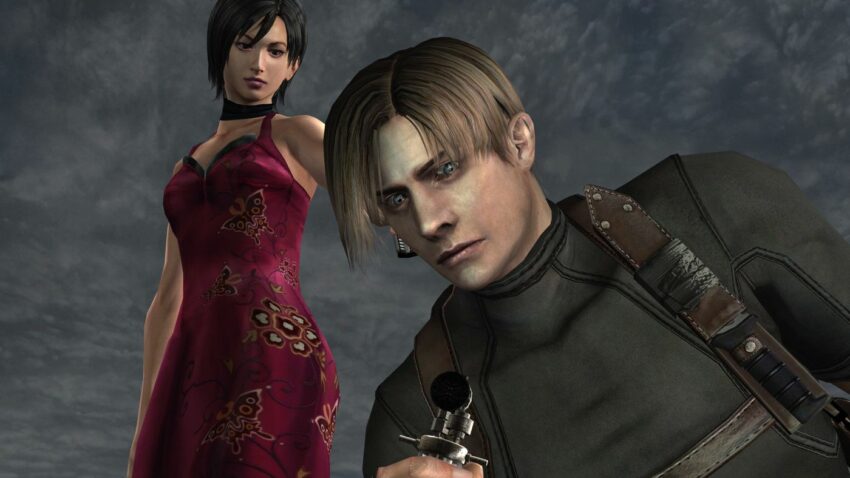 2005 is here! It brings the last hurray of the short PS2, GC, and Xbox console cycle. In the home console space, the Xbox continued to dominate critical reception with its high-quality titles and superior rendition of multiplatform ports.

The PlayStation 2 continued to punch above its pedestrian hardware specs by showcasing some impressive late generation titles. Finally, the GameCube managed to squeeze into the list thanks to a surprisingly great 3rd party (timed) exclusive offering.

Great games like Dragon Quest VIII missed the top ten. Additionally, games like Gran Turismo 4 and Jade Empire also found themselves out of the top ten list. I think many of our readers would agree that any of the aforementioned games could have easily deserved a spot on this list. 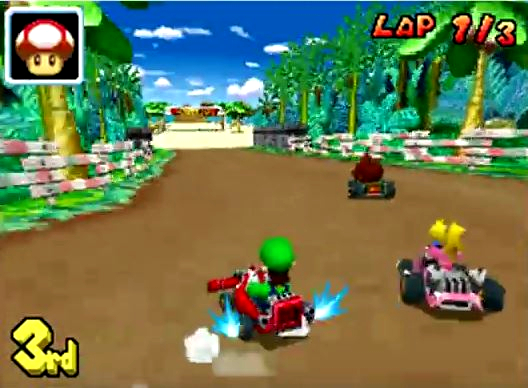 Since its inception, Mario Kart has not only been a commercial gold mine, but a critical darling with most critics. The games are fun multiplayer mayhem, and the nature of the races and easy to pick up gameplay makes them an addictive pastime.

Mario Kart DS was no different. Mario Kart DS was praised for its graphics thanks to the relatively (in contrast to the GBA) powerful DS hardware. The game was a wonderful single player and local wireless multiplayer experience. Many reviewers felt that Mario Kart DS was the best kart racing game ever, and many still consider the game as the best DS game of all time. 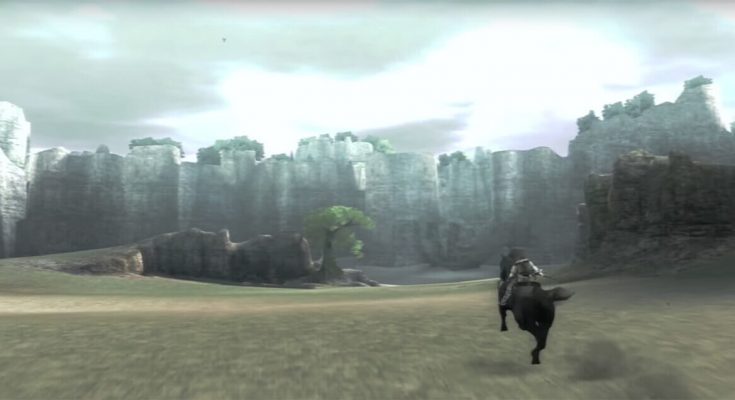 As I stated in the introductory section, the PlayStation 2 was outgunned hardware wise by the time that Xbox and GC arrived in 2001. Still, developers kept discovering new ways to maximize the hardware and achieve results that might have been thought impossible on the machine. Shadow of the Colossus was such an effort.

Colossus was unique in terms of the gigantic (load time free) open world that it presented gamers with. In many ways, it was the “next generation” Zelda like “title” many of us hoped for. The visuals were stunning, and the game’s gigantic tower sized bosses were a unique concept at the time that has since been emulated by subsequent action-adventure games.

Engaging my first boss in Shadow of the Colossus felt as epic as the first time that I ran into King Dodongo in 1998. It was a breathtaking moment on a machine that I thought would not have been able to produce visuals that could have impressed me that late in the game.

The game had massive issues with framerate, but given the ambitious scope of its world, these hindrances were easily forgivable.

Critics loved the game, praising its graphics and even its mostly ‘silent’ storyline. The game had an undeniable emotional impact in its epic conclusion. It showcased that ‘showing’ and ‘not telling’ could sometimes be a more powerful storytelling vehicle than more explicit dialogue driven avenues within the medium.

Shadow of the Colossus would win many game of the year awards and is generally recognized as one of the best and most influential games of all time. 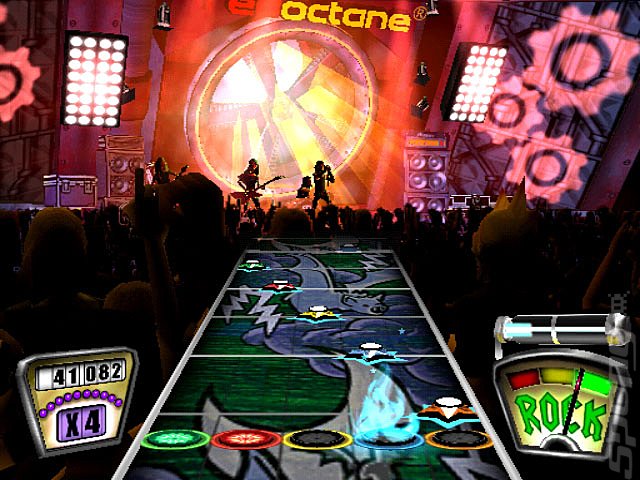 Guitar hero is a music, rhythm game that introduced a guitar shaped controller that players used to simulate playing rock music. Playing the notes in time with the musical notes shown on screen was the game’s main gameplay mechanic, and the title featured over 30 licensed rock songs spanning different decades.

Critics praised the game’s song selection and intuitive controller. At the time, many considered Guitar Hero the “the greatest rhythm game ever made.” It received acclaim for its progression in terms of difficultly and the different settings for the songs.

Guitar Hero was a massive commercial success with nearly 2 million units sold by 2007. Another list, and unsurprisingly, another GTA game is on it. San Andreas was a defining piece of software for the PlayStation 2, and the same applies for its superior Xbox port. GTA: San Andreas’ incredibly large and densely packed open world arrived on Xbox with smoother graphics and superior sound.

At this point, GTA on the Xbox did not have the same commercial impact as it did on the PlayStation 2 due to the latter’s (much) larger user base. The same engrossing elements that made the PS2 version the best GTA game, up to that point, also translated well in the Xbox version.

Xbox owners had other open world options at the time (such as Morrowind), but none was more mainstream friendly than Grand Theft Auto: San Andreas. 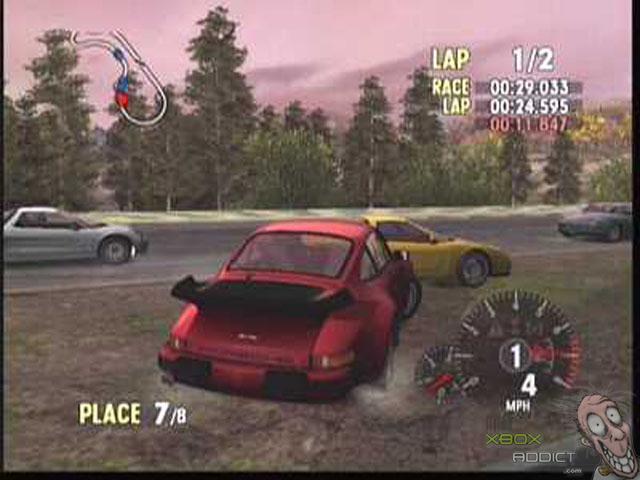 Forza is one of the premier Xbox franchises these days. What started out as a simulation competitor to Gran Turismo has now branched out into the open world craze with its Forza Horizon series. Yet, Forza made its reputation as the superior racing simulator.

Forza managed to do a few things that Gran Turismo had not. Online play and damage to cars were two things the game did before Sony’s racing franchise. However, the showstoppers here were its incredible visuals and opponent A.I. which had computer controlled drivers learning from the player’s driving technique.

Critics praised the game as the best and most realistic console racer ever made, earning it a spot on this list. 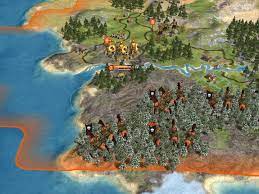 This was the fourth entry in the popular strategy game series. Crafting a primitive civilization from small resources all the way to outer space travel capabilities had never been more fun.

SMCIV used a new graphics engine based on the Gamebryo engine. The game was met with impressive sales (3 million) and critical acclaim. Reviewers praised its improved A.I. and visuals. Some publications consider the turn-based strategy game to be one of the very best games of all time.

Time magazine even ranked the game as number eleven in their top 50 video games of all-time list in 2016. Sid Meier’s Civilization IV is the only PC game on the list, and thus, is the best rated PC game of 2005 according to GameRankings and famous publications such as IGN and GameSpot. God of War was an important game in establishing a precedent that continues to this day on Sony consoles. It was a game developed by a western studio that happened to be superior in almost every way to its Japanese contemporaries. We have to remember that up to the mid 2000s, Japanese developers had, for the most part, dominated home console gaming.

Santa Monica Studios crafted a PS2 franchise that has outlasted other PS2 franchises like Jak and Daxter, and continues to be relevant to this day. God of War was an action-adventure hack and slash title that set standards and took names.

Despite its late arrival to the PS2, the game sold 4.6 million copies, establishing the franchise as a bankable one. The game pushed the PlayStation 2 hardware in ways that other titles had not before it and delivered a compelling protagonist whose purpose was fueled by a satisfying vengeance story.

The critics praised its magnificent visuals, addictive combat, and epic storyline. It was one of the few PS2 games that critics felt could rival Xbox titles in terms of its visual splendor. The violent spectacle of a game won several game of the year awards including D.I.C.E’s overall “game of the year” honors. The Xbox Splinter Cell trilogy was excellent, better than the Metal Gear Solid trilogy on a title-by-title basis. Chaos Theory was the third game in the trilogy. It was also, by far, the darkest one. Instead of knocking out enemies that Sam Fischer interrogated, players were presented with the option of taking them out…permanently. Consequently, Chaos Theory would be the first title within the series to earn an M rating.

Chaos Theory would rate well across all systems, but as usual, it was the Xbox version that stole the show with its superior visuals. Critics welcomed the new combat options with open arms and felt that the game had the right mix of action and stealth.

The game would go on to win many awards, including Xbox Magazine’s “game of the year” award. 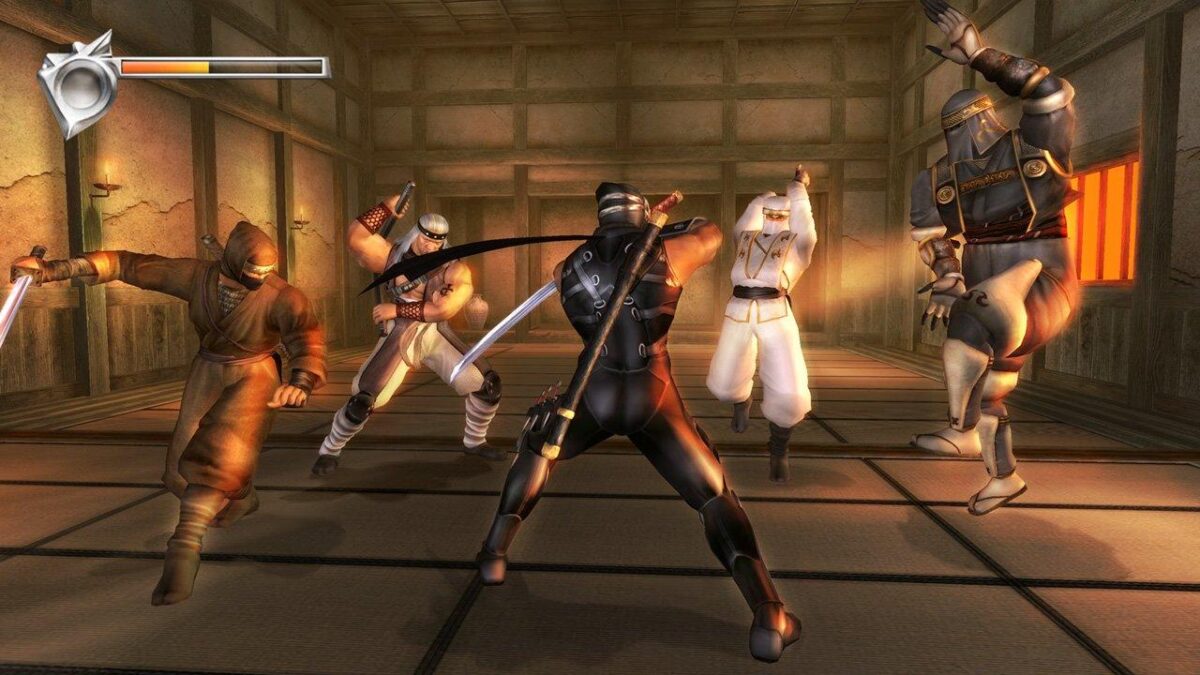 Ninja Gaiden Black is a special edition of the first game. The first game was a once in lifetime action masterpiece with fast (60fps) fluid combat and incredible visuals. The special edition brings in tons of extra content such as costumes and unlockable versions of the NES games.

Perhaps one of the most important additions to Ninja Gaiden Black was its easy mode. The mode was crafted as a response to players (and some critics) complaints about the game being too hard. The original’s difficulty was such that many reviewers cautioned “mainstream” gamers about the NG’s brutally challenging gameplay suggesting that not many would finish the game.

In 2005, Ninja Gaiden Black remained one of the best looking games on the market, which certainly helped the game to achieve such a positive critical reception. 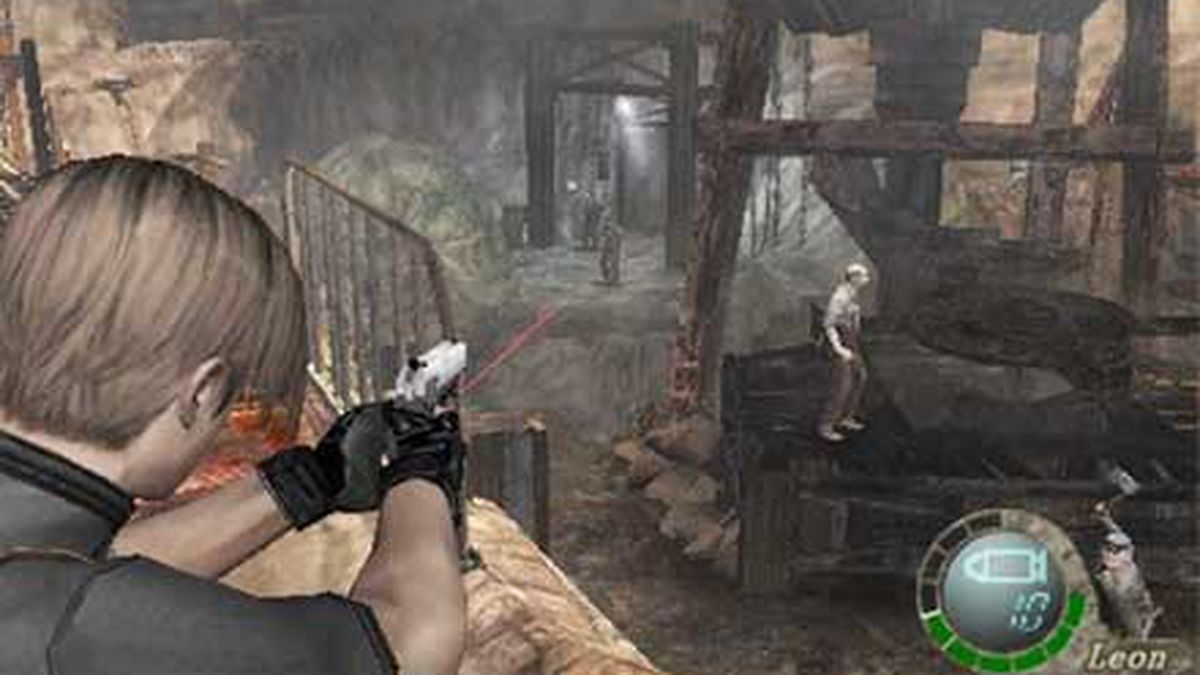 Let’s be honest here, Resident Evil 4 not just the best game of 2005, but perhaps, along with Metroid Prime, the best GameCube game of all time, period.

Resident Evil 4 was a pleasant surprise. It completely changed the Resident Evil formula by ditching the static backgrounds and introducing the over the shoulder 3rd person camera. This camera has since been copied by many successful franchises after Resident Evil established it as the standard for 3rd person shooters.

Back then, the game also featured some of the best visuals seen on home consoles. The GameCube version in particular (the game suffered a visual downgrade in its transition to the PlayStation 2) is one of the best-looking games of that console generation.

Resident Evil 4 won most of the game of the year awards of 2005, and it remains a popular entry in “top games of all time” listings today. The game is usually at the top of the best games within the Resident Evil franchise, and while it could be argued that RE4 was more action than survival horror, the change of pace benefited the series greatly.