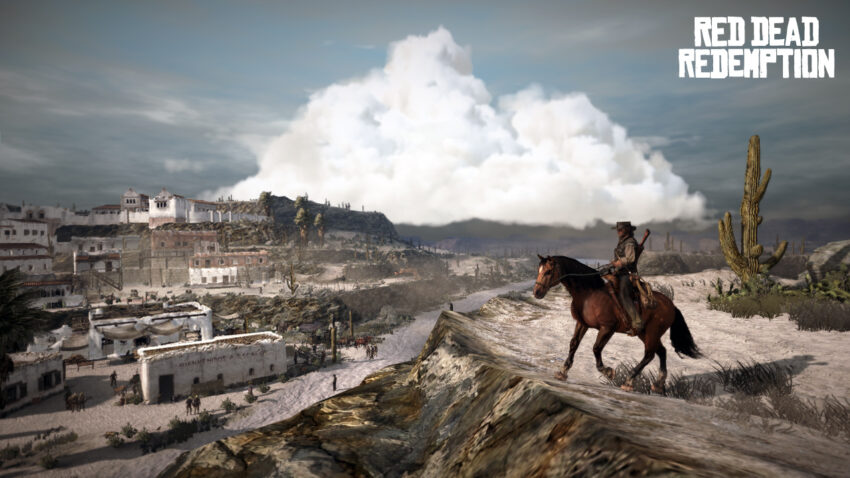 Traditionally, when talking about great years for gaming, 1998 is often referred to as the greatest year for gaming ever. A close look at 2010 showcases a gaming list (at the top level) that is as good, or nearly as good, as the legendary 1998 top ten best games’ list.

2010 brought us games in the Mass Effect, Super Mario, Halo, God of War and Street Fighter franchises. Arguments could be made that both Super Mario Galaxy and Halo: Reach are the best games in their respective long running franchises. 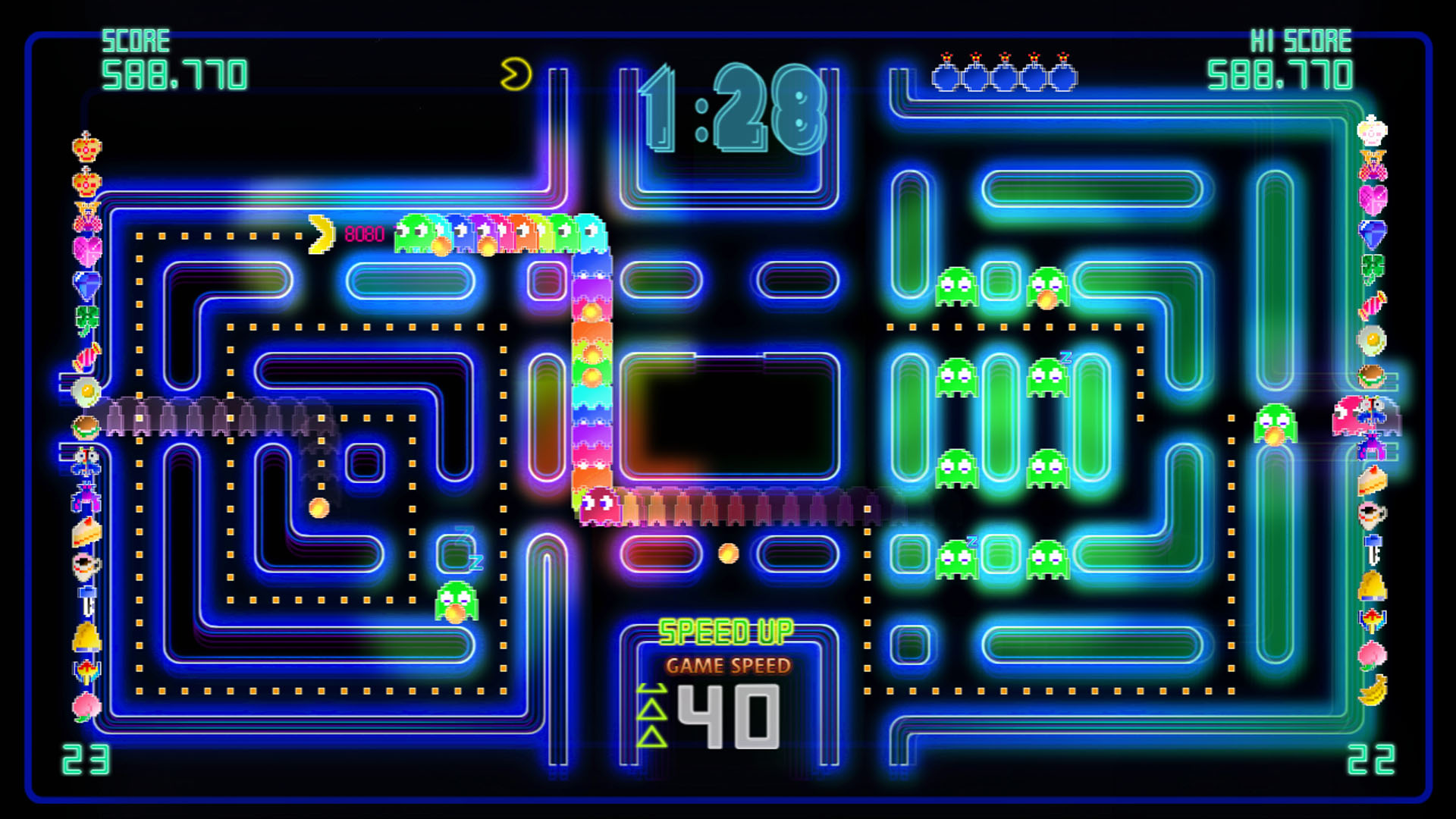 Pac-Man games have always been around, but since the start of this “GameRankings” series, I haven’t seen many, if any, of these games rise to the top of the listings. Pac-Man Championship Edition DX is a sequel to the 2007 game by the same (Minus the “DX”) name.

The game continues to follow the traditional ‘Maze’ structure of main-line Pac-Man games. The game was made to appeal to a more casual audience than the usual hardcore Pac-Man crowd. Critics widely applauded the game’s release calling it one of the best Pac-Man games every made.

IGN would award the game a 10/10 score and claimed it a “Master class in game design.” The game would also win the publication’s “Most Addictive Game of the Year Award” for 2010. Super Street Fighter IV gave SF fans a happy medium of good looking 3-D visuals with the traditional great 2-D gameplay that series had been known for. The game featured improvements over the previous version such as a more robust online mode.

Critics praised the game as one of the best fighting games of the generation thanks to its large roster of characters and online mode. In 2019 Game Informer would rank Super Street Fighter IV as the 10th best fighting game of all time.

Edge Magazine would retroactively award the game a 10/10 score in 2013. This made Super Street Fighter IV one of the 23 games in the history of the publication to receive the award. Wow: Cataclysm is the third expansion pack for the massively popular MMORPG World of Warcraft. Cataclysm raised the player’s level cap from 80 to 85. The two main continents received a redesign with a visual overhaul that changed landscapes and certain natural features of these landmasses. The game also received a staggering 3,500 new quests.

The expansion would sell 3.3 million copies within 24 hours. It became the fastest selling PC game before the arrival of Diablo III broke its record by 200,000 units. The expansion became a critical success, with many praising it as the greatest expansion pack ever made for a PC MMORPG. 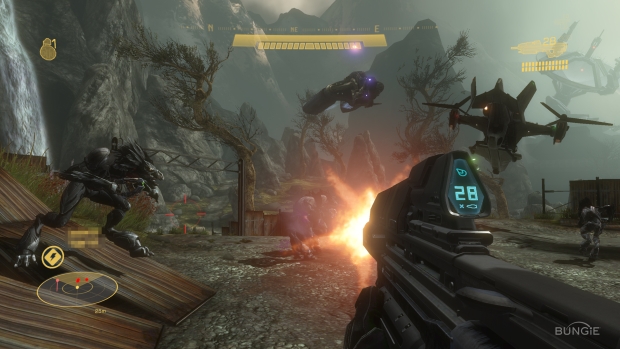 Bungie’s final game in the Halo saga might be the developers finest effort, and the game might even be best in the long the running series. One of the distinctive traits of the Halo series is that it has a deep backstory and lore to fall back on, a trait few other shooters possess.

Halo’s universe in compelling, and no part of its Saga is more compelling than the Fall of Reach. Those of us that had read the novel always wanted to experience the events leading up to the fall of the human planet in real-time. The game did ignore many of the established points of the novel, but it did not matter to me. Reach continues to be my favorite Halo game of all time.

Bungie seemed to have perfected its Halo formula at this point. Reach offered the best combination of visuals, storytelling, and sound that the series had seen up to that point. The only bad thing about the game is that it ends, and that Bungie would proceed to leave the franchise. Halo’s single-player campaigns would never reach (no pun intended) that same level of greatness again.

Halo: Reach would receive universal praise at launch, with most critics praising its campaign and overall refinements from previous titles. 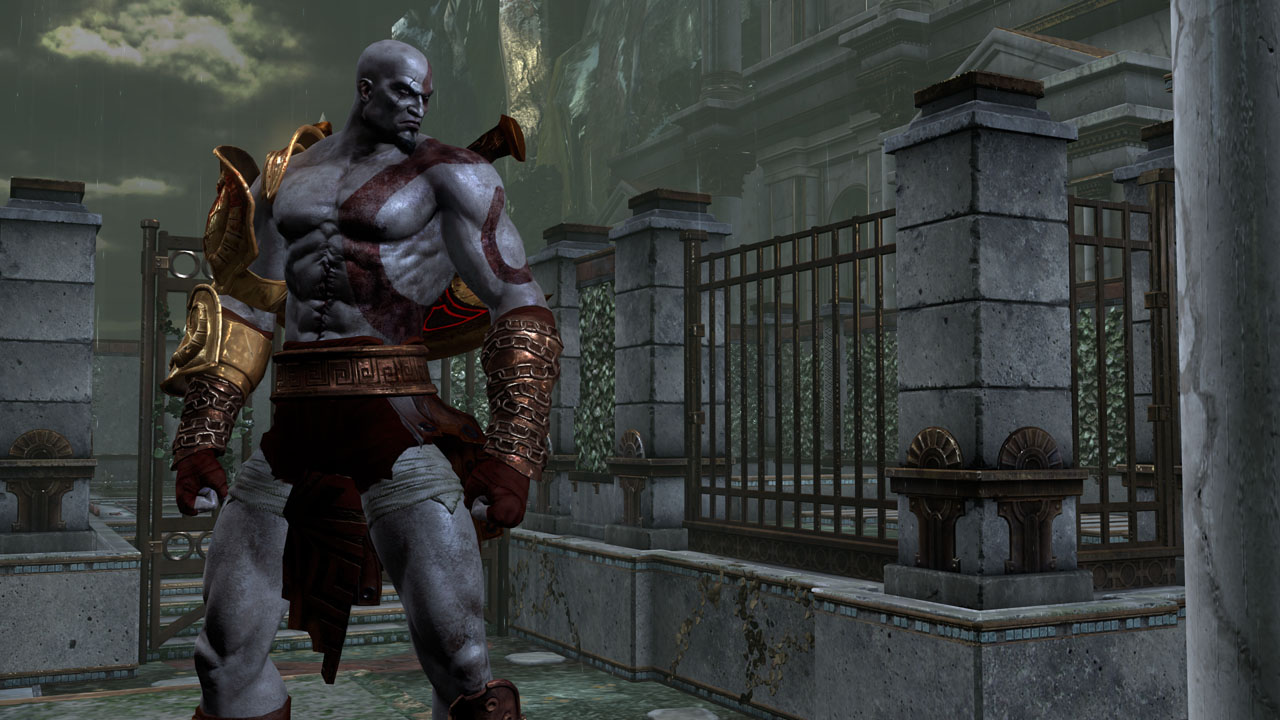 The previous titles had pushed the PS2 visuals to the boundaries of the hardware. The same feat was expected of the third game in the series on the PlayStation 3. Thankfully, God of War III lived up to the hype. The fast combat, the violent gory experience, and the larger-than-life bosses all made the transition to the PlayStation 3 flawlessly.

God of War III’s incredible visuals and satisfying conclusion to Kratos’ Greek trilogy was a masterpiece. Critics praised the game’s immense scale, with some remarking that some of the game’s bosses were bigger than other game’s entire levels. Others praised the game’s cinematic quality with some feeling that it was superior to Naughty Dog’s Uncharted 2.

God of War won the PlayStation 3 Game of the Year Award at the Spike Video Games Award ceremony. Rock Band continued its popular run through the late stages of the PS3/Xbox 360 generation. The biggest differentiation that Rock Band 3 brought over its predecessors was its ‘Pro’ mode. The Pro mode was challenging as actual musical knowledge and skill were needed in order to correctly play the game’s instruments.

By this point in the Rock Band lifetime, 2000 tracks were available, with an additional 2000 tracks made available by the end of 2012. Critics were certainly enamored by the game’s improvements. Some called the title the “greatest rhythm game ever made.”

Some reviewers felt that the game was a perfect introduction to real music, and that many gamers would feel compelled to pick up a real instrument after playing the game. 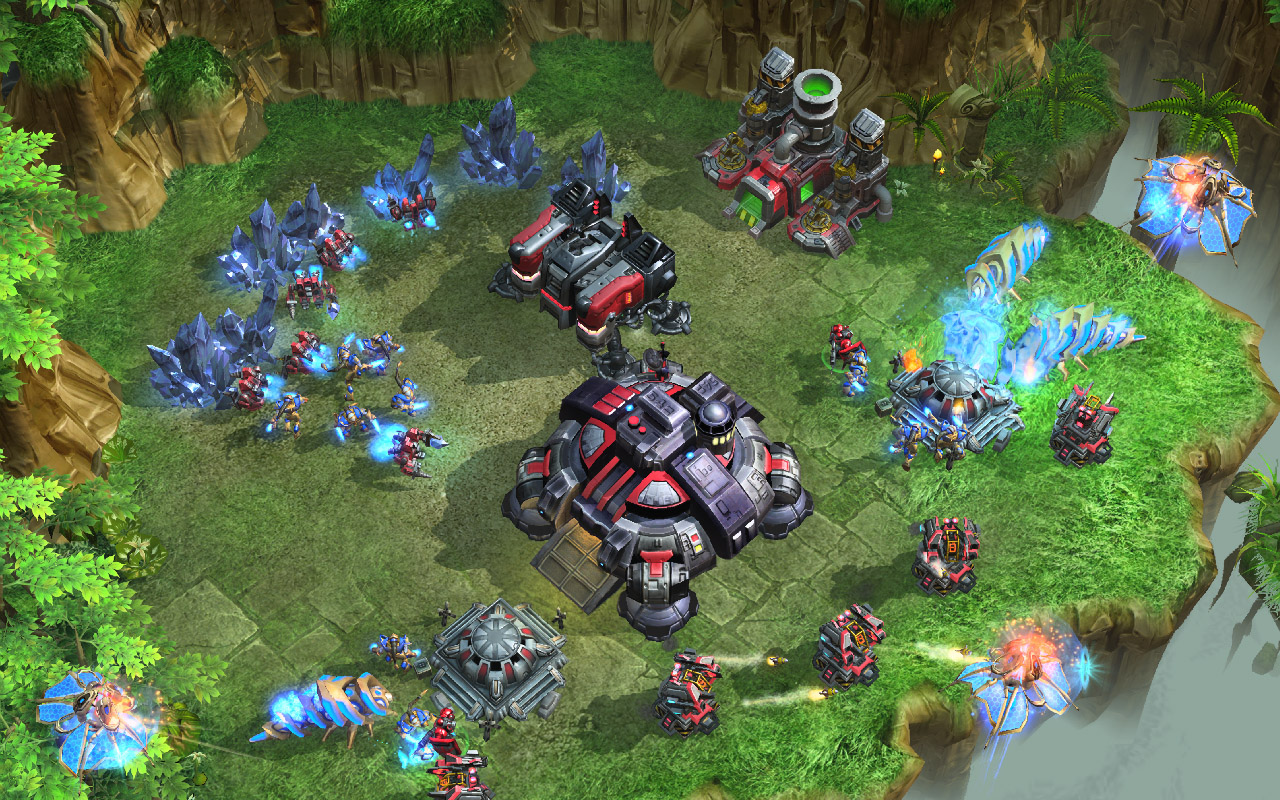 StarCraft fans had to wait a whooping 12 years before receiving a sequel to the real-time strategy game. Their wait was well worth the suffering. The game is set four years after the events of the original game, and it has been praised for its great storyline.

Critics claimed that StarCraft II was a natural expansion of the first game’s great gameplay and storytelling style. Time magazine would rate the game as the 26th best game of all time in 2016. Suffice to say that the critic world still considers Star Craft II a masterpiece and it has continued to farewell in all time listings. 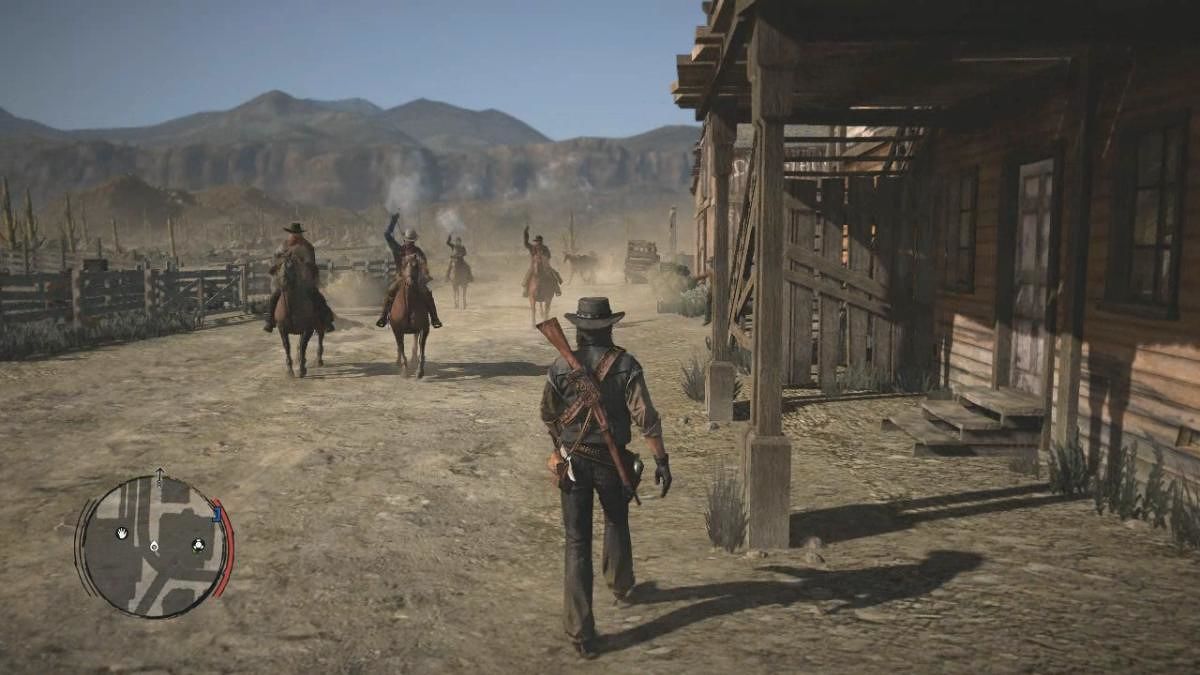 It was around this time (the end of the 2000s decade) that open world games began to take over the gaming world. Red Dead Redemption was one of the more impressive ones. The game was perceived by many gamers as GTA in set in the ‘Wild Wild West.’

In my view, RDR was much more than just GTA set in a different time period. Rockstar’s attention to detail was unparalleled. At the time, RDR was a ‘real’ western experience, or as real as technology could convince gamers in 2010 that they were in shoes of an old west outlaw.

The game featured an expansive open world simulating a fictionalized version of the western United States and Northern Mexico. The shooting was more fun and felt much sharper than GTAIV’s. Furthermore, horse riding was a pleasant way to travel between towns and regions.

I will always remember the game for its awesome downloadable content that included the Undead Nightmare expansion, which had our protagonist, John Marston, looking for a cure for a zombie plague.

RDR would go on to win many “game of the year” awards from different publications. Including the “Game of the Year” and “Best Design” awards from the Game Developers Choice Awards.

Red Dead Redemption was a masterpiece of game design. 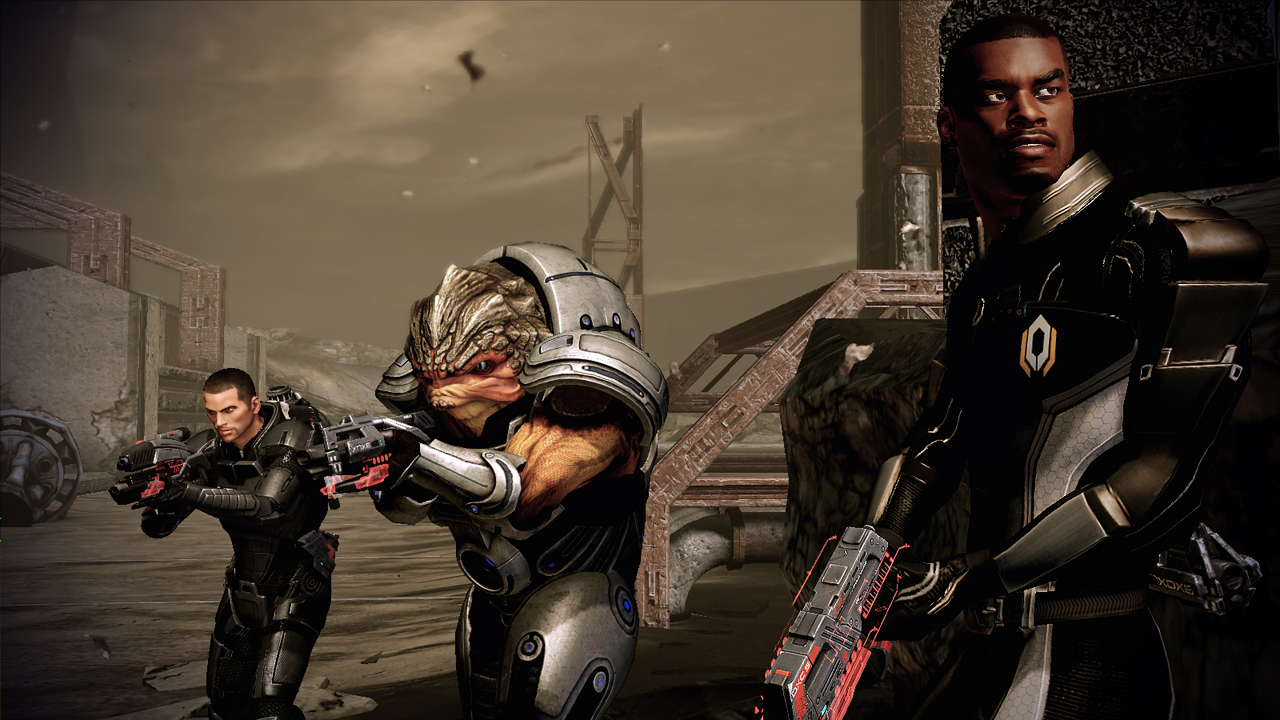 Mass Effect was a huge deal during its early years as an Xbox 360 and PS3 franchise. The games were technically impressive, and the choice driven narrative was a breath of the fresh air. The third person shooting action role-playing game continued the story of the first game.

Unlike the first game, Mass Effect 2 featured multiple optional missions that had as much depth as missions tackled during the game’s main storyline.

A Morality mechanic driven by player choice allowed for replayability with different play styles and choices on multiple playthroughs. Critics praised the ‘interactive’ nature of the game’s storytelling. Most console gamers were used to the linearity of Japanese Role-Playing games, but Mass Effect provided something completely new.

Critics felt that the game was superior to the first game in every way, including its visuals and gameplay. Mass Effect, like RDR, was a strong contender for multiple “Game of the Year” awards. The game won many awards, with a quite a few directed at writing and presentation. Given the existence of games like Halo: Reach, Red Dead Redemption, and God of War III in the same year, this was an impressive feat for Bioware’s action RPG darling. 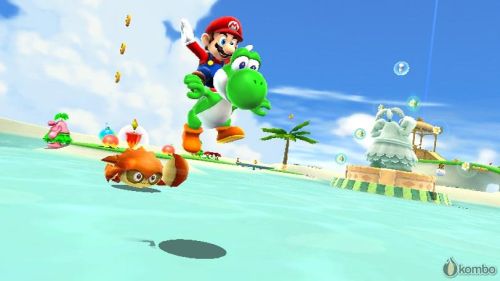 In gaming, there are certain truths that are set in stone. One of these truths is that Nintendo EAD simply makes the best, most magical, and certainly most fun games around. Rarely will you see a mainline Mario or The Legend of Zelda title that is not (for all intents and purposes) flawless.

Super Mario Galaxy 2 doesn’t reinvent the wheel in terms of its premise. Bowser kidnaps Princess Peach, and Mario must save her (this time in outer space). It is a simple formula that has worked for nearly 4 decades, and it is a formula that I suspect will continue to thrive for the next 4 decades as well.

Mario games are all about gameplay and masterful platforming design. On that front, few have done it better than Mario Galaxy 2.

SMG2 would earn 10s on many publications, including GameSpot. Most critics felt that the game improved upon the already magnificent original by offering a greater and more varied set of challenges. At the time of its release, many considered Super Mario Galaxy 2 to be standard by which all other platformers would be judged.

In 2012, Super Mario Galaxy 2 was ranked as the #1 greatest Nintendo game ever made by NIntendo Power.

The Best Games of 2007 According to GameRankings

The Best Games of 2008 According to GameRankings

The Best Games of 2009 According to GamesRankings